Home » Celebrities » Who Did Nicola Peltz Date Before Brooklyn Beckham? She Has A Famous Ex

After nine months of dating, Brooklyn Beckham and Nicola Peltz have big news: They’re getting married, y’all. On July 11, David and Victoria Beckham’s oldest child announced the engagement on Instagram, writing, "Two weeks ago I asked my soulmate to marry me and she said yes. I am the luckiest man in the world." Swoon! His now-fiancée seems just as smitten, seeing as she called Beckham’s love "the most precious gift" in her own Insta post. What you may not have realized, however, is that Beckham isn’t the actor’s first love. Before Brooklyn Beckham, Nicola Peltz dated Bella and Gigi’s little bro, Anwar Hadid, for a year and a half, and unfortunately, their relationship didn’t seem to end well.

Dating rumors about Peltz and Hadid first began in Jan. 2017 after they were spotted sharing a sneaky New Year’s Eve kiss, which was captured on Snapchat. Soon after, Peltz posted a (since-deleted) IG pic of herself sitting on Hadid’s lap at her 22nd birthday party, and later that month, the couple was photographed holding hands in Beverly Hills. "They are dating," a source reportedly told E! News. "It’s a fairly new relationship, but they are really good friends and part of the same group of friends." 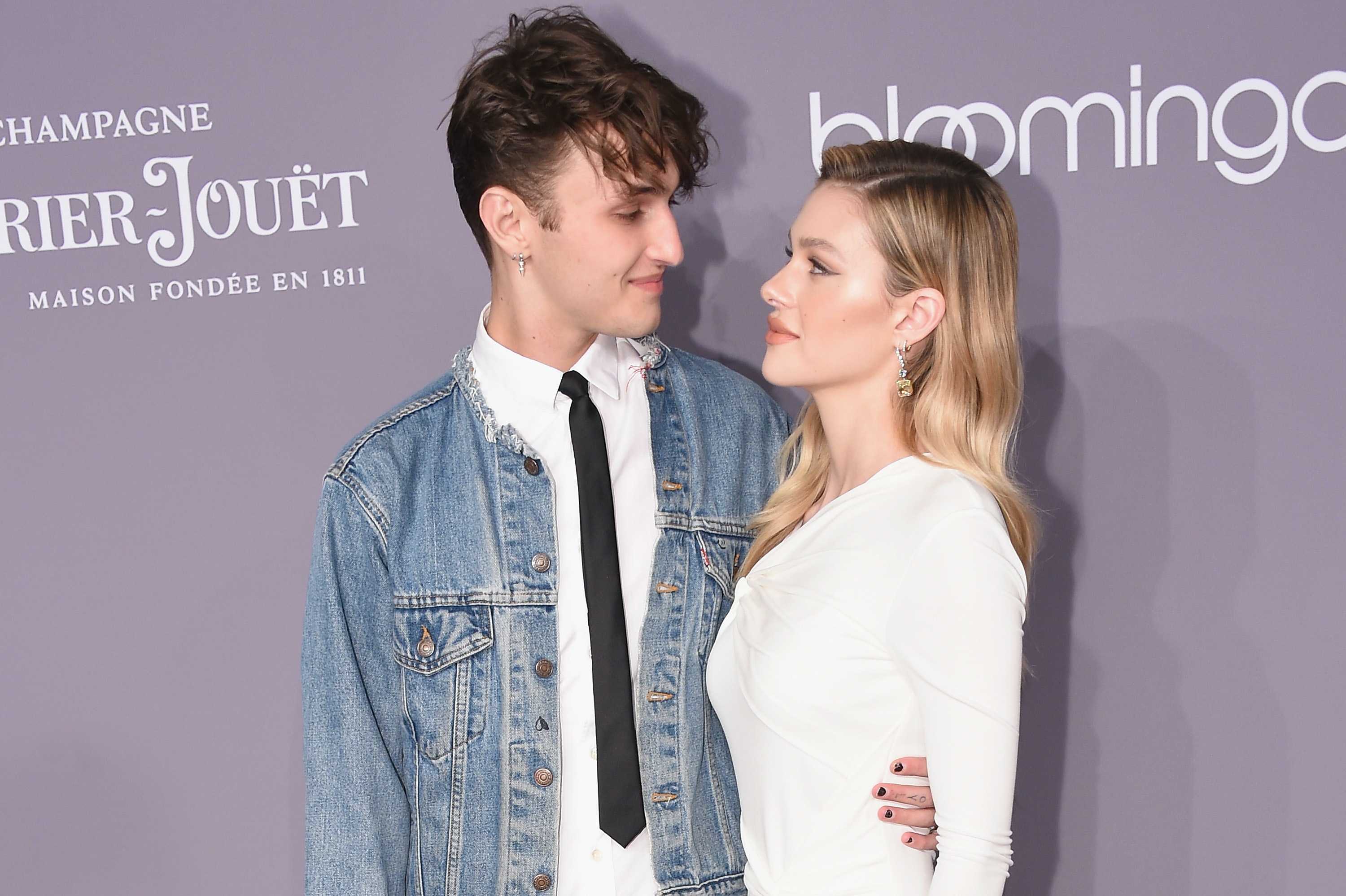 When asked about her budding relationship by Women’s Wear Daily at the 2017 Sundance Film Festival, Peltz didn’t hold back. "Honestly, he is an angel," she gushed. "He’s such an amazing person." Over the next year and a half, the two weren’t shy about showing each other plenty of IG love and stepping out on red carpets together. On Valentine’s Day 2017, Hadid even dropped the "L word," telling Peltz, "Love you, my angel" in a Snapchat video. (Could Peltz have inspired the "I love you my angel" tattoo that appeared on the back of Hadid’s left hand right around the time they started dating? Hmm…)

That’s why it was so surprising when Hadid was reportedly caught making out with Kendall Jenner at a 2018 CFDA Fashion Awards afterparty on June 4, according to TMZ. Just a month before that, The Daily Mail had reported Peltz and Hadid were "still going strong," but the relationship must have soured soon after. On June 5, right after Hadid’s make-out sesh with Jenner, a rep for Peltz reportedly told Page Six the two had "split amicably a month ago." According to Cosmopolitan, Peltz later unfollowed the whole Hadid family on IG. 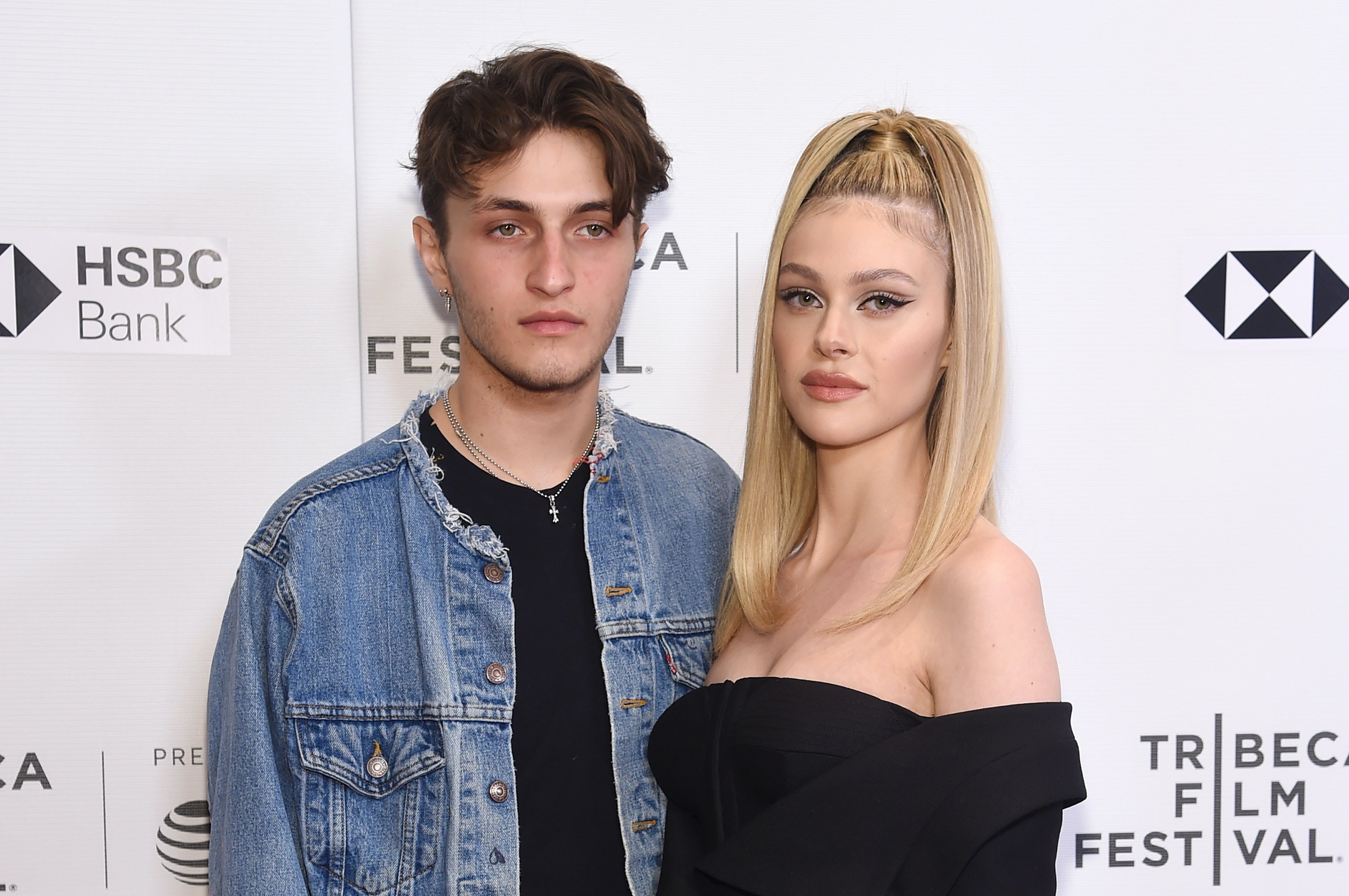 In July 2018, two months her split from Hadid, Peltz was photographed looking cozy with LANY frontman Paul Klein, who — weirdly enough — previously dated Dua Lupa, Hadid’s current GF. The two went on to date until Feb. 2019, which is when Peltz announced their breakup on Twitter. "just wanna tell u guys paul n i went our separate ways but i always wish him all the best!!! all good vibes!" she wrote.

Though Peltz’s two most public relationships were with Hadid and Klein, the actor reportedly had a brief fling with Justin Bieber back in 2016. According to E! News, Bieber and Peltz reportedly went on a date in May 2016, after which an insider claimed the singer wanted to "settle down and have a relationship" with Peltz. "Justin has a crush on Nicola and really enjoyed the date with her the other night," the insider reportedly told E! News. Later, in June 2016, a source for Us Weekly claimed Bieber even flew Peltz to Toronto, though little else was heard about the maybe-couple. (Elite Daily reached out a rep for Peltz about the rumored relationship but didn’t hear back in time for publication.)

Peltz’s future hubby seems like the perfect match, so here’s hoping she and Beckham have many years of happiness ahead of them. 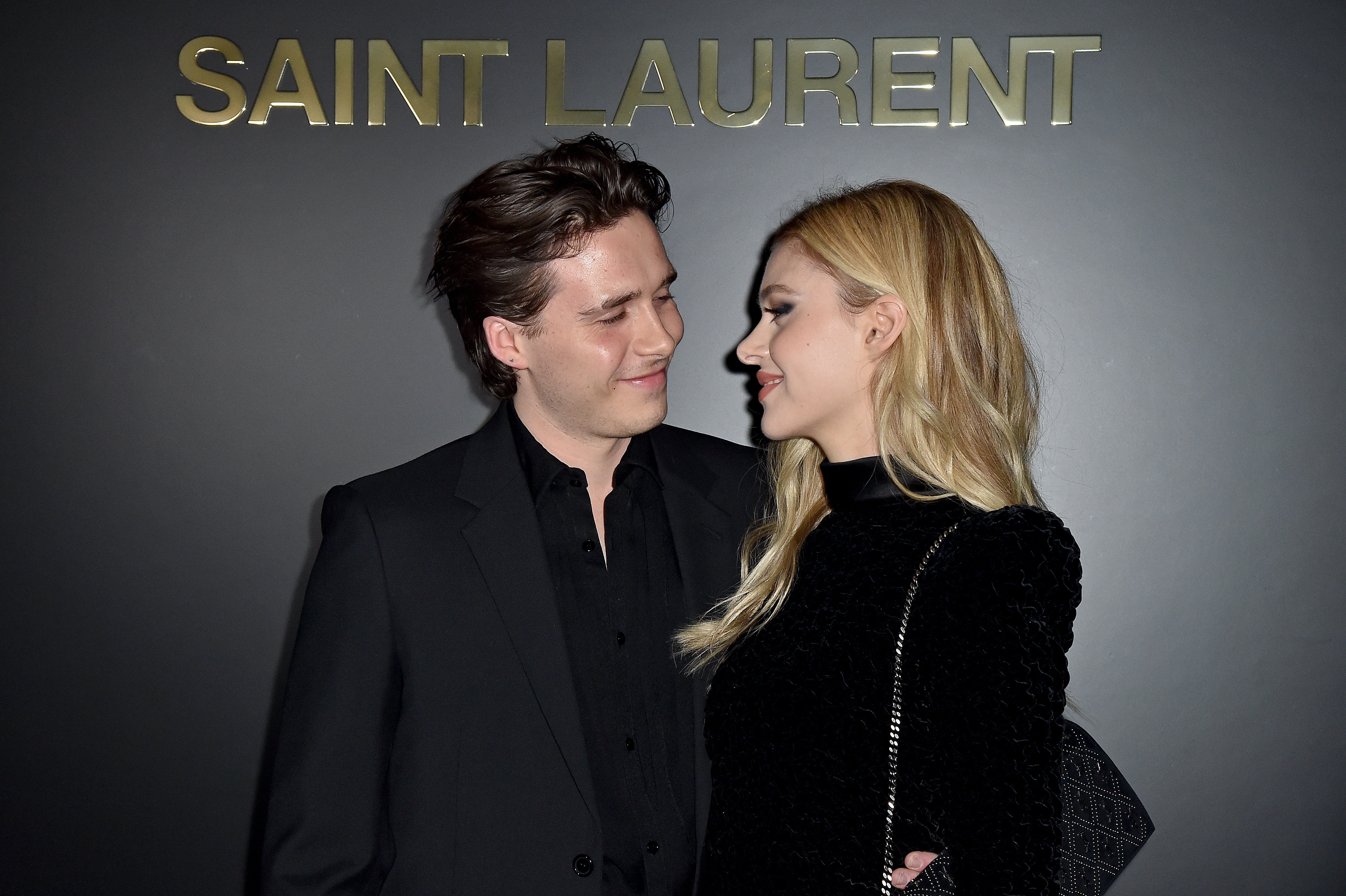 Who Did Brooklyn Beckham Date Before Nicola Peltz? He’s Got A Long List Of Exes 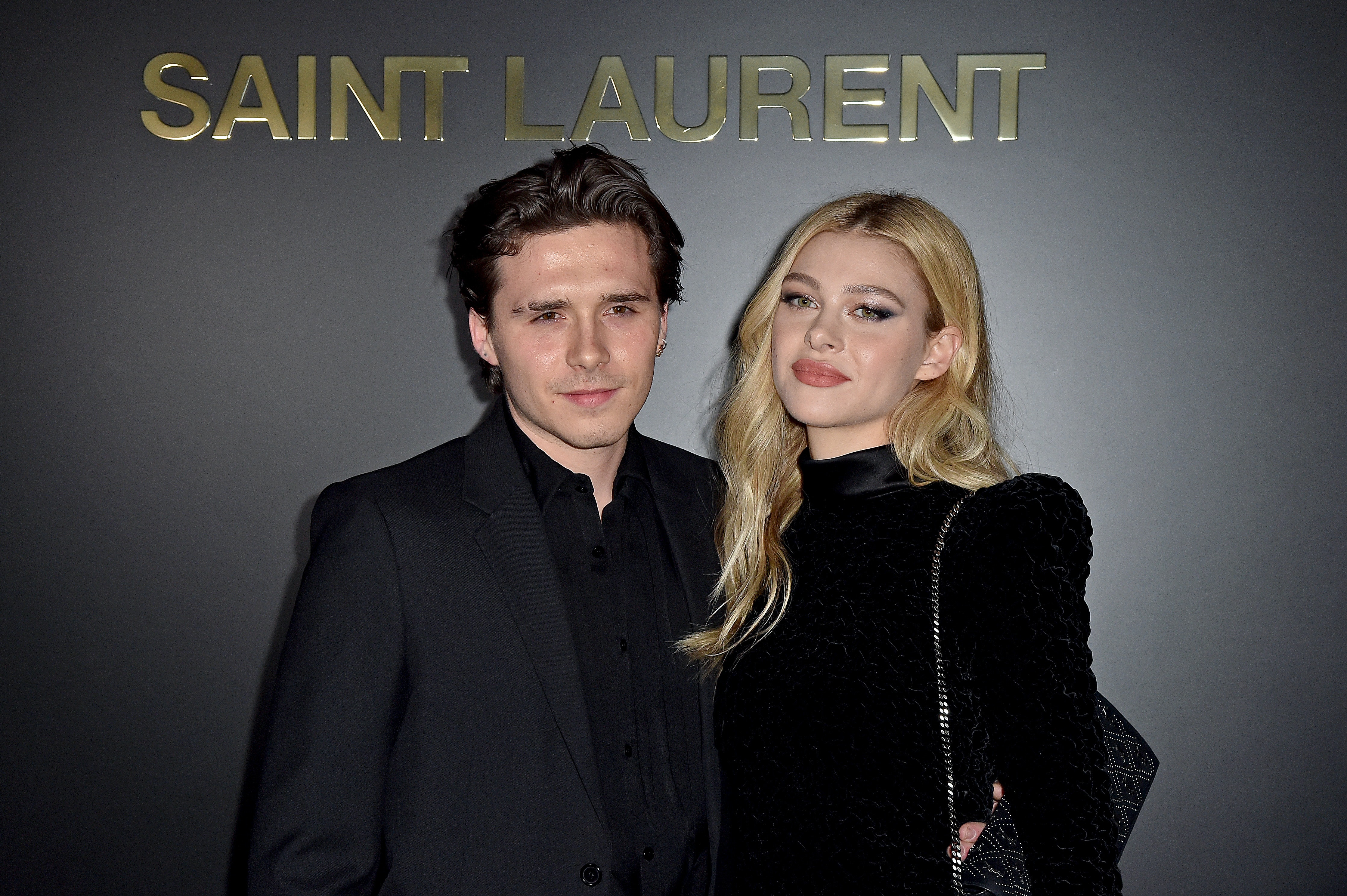 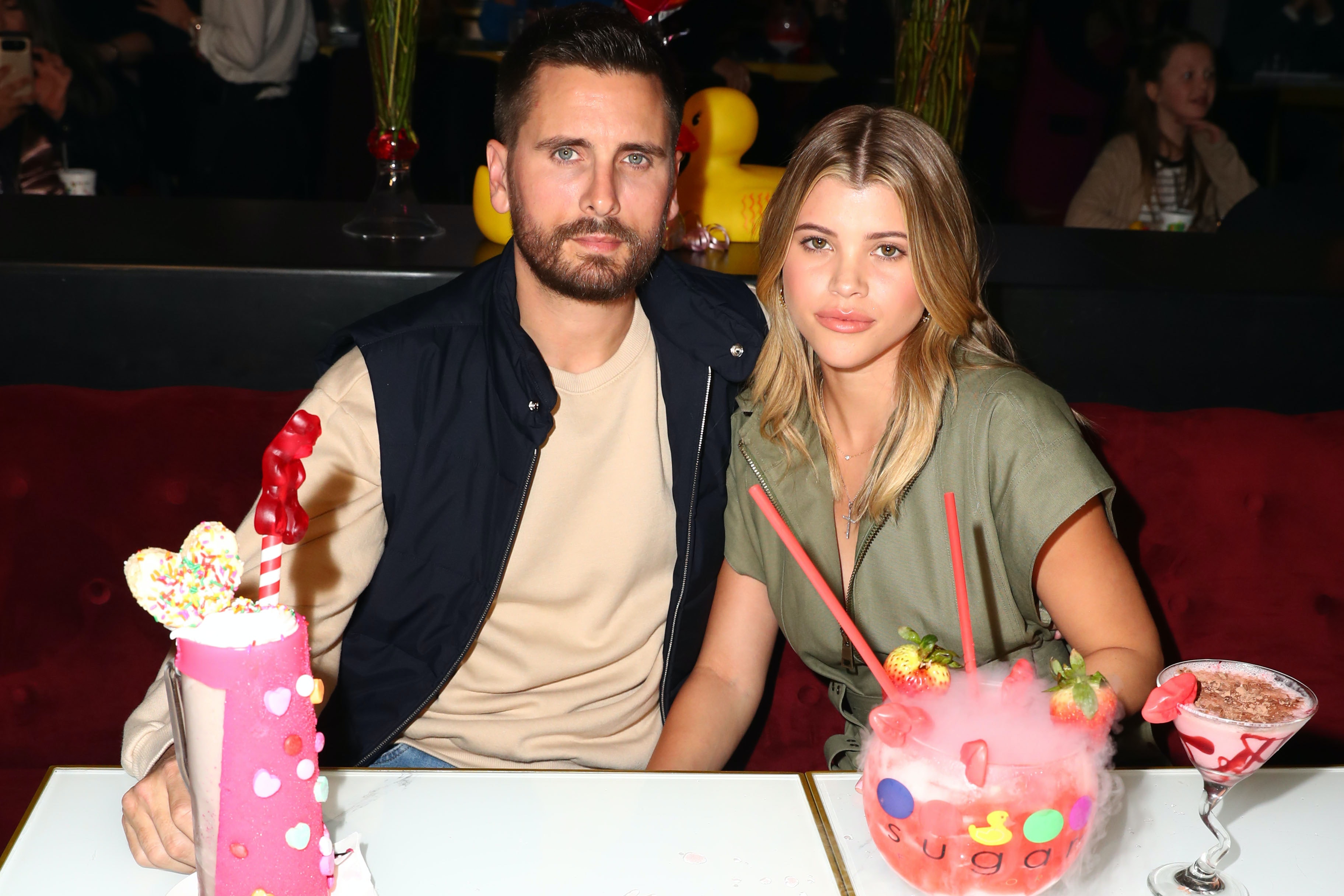 Melissa Benoist Nears Deal to Star in HBO Max's The Girls on the Bus, Reunite With Supergirl EP Greg Berlanti