Home » Celebrities » Who Is Mark On ‘We Are Who We Are’? Fraser’s Long-Lost Friend Is A Mystery

Even though the entire premiere episode of We Are Who We Are follows around misplaced city kid Fraser, he is still kind of a mystery as the credits rolls. Clearly very introverted and guarded after his sudden move from New York to a military base in Italy, Fraser mainly keeps to himself and listens to music for the bulk of the debut episode. However, there is one person he has no problem opening up to. One of the big mysteries in the first episode is who Mark is on We Are Who We Are. The unseen character raises some questions about what Fraser’s life was like before the move.

Spoiler alert: This post contains spoilers from the series premiere of We Are Who We Are. Fraser is closed off to everyone at the U.S. Army base upon his arrival, but there are some notable exceptions. He has a very close (and very complicated) relationship with his mother Sarah. And, although he prefers to keep his distance and doesn’t make a great first impression, he has his sights set on a group of friends from his new school. But his closest relationship is with someone viewers have not yet seen or even heard from. Throughout the premiere, Fraser leaves heartfelt messages for a long-lost pal named Mark.

The nature of Fraser and Mark’s relationship isn’t super clear — they could be really good friends, but it kind of sounds like things are romantic between them. Fraser ended his first call to Mark by telling him he loves him, and during a screaming match with his mom, Fraser got emotional when accusing Sarah of taking him away from an unnamed "him," presumably referring to Mark. 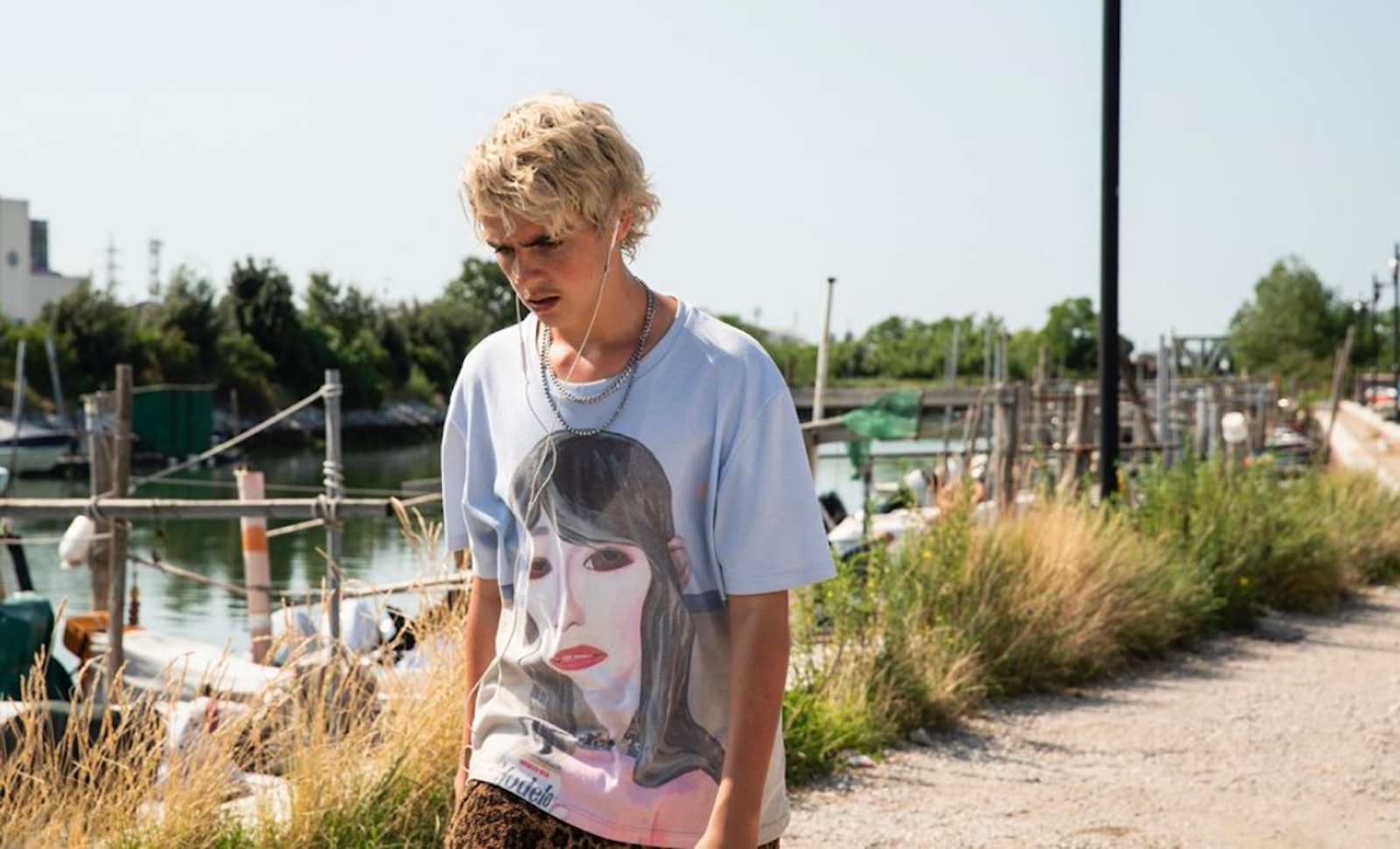 After a pretty cringe-worthy interaction with his would-be new friend group at the beach, Fraser got drunk on wine and called Mark to excitedly share ideas about fashion. Strangely, despite the multiple times Fraser called Mark throughout the episode, Mark never answered the phone, which doesn’t seem like a great sign. Maybe that just has to do with the time difference between New York and Italy, or maybe the two had a falling out recently that Fraser is trying to reconcile.

At this point, fans really don’t know anything about Mark, but he seems like the key to figuring out what is really going on with Fraser, so hopefully a future episode will introduce him.