Home » Celebrities » Why bingeing TV shows is terrible for fans 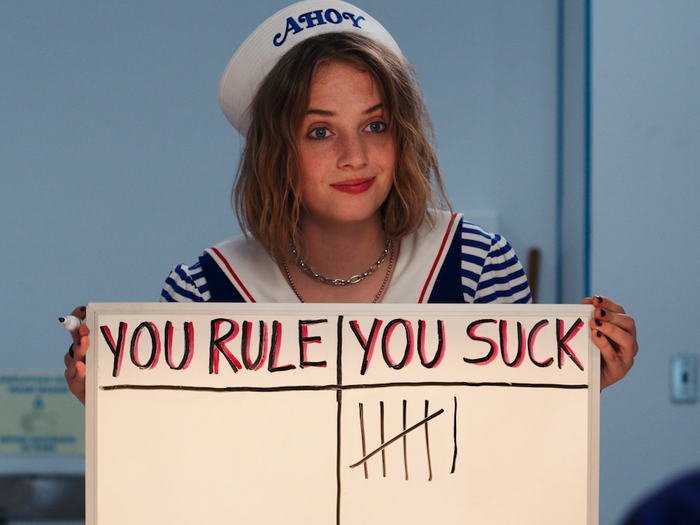 I can't think of a more satisfying and thrilling introduction to a new TV series than the first season of HBO's "Westworld." Connecting with fans on Reddit, eagerly awaiting more clues about the mysterious intentions of various characters, and guessing big plot twists ahead of time was like being part of thriving fandom ecosystem.

Fandoms are a key part of the TV-watching experience. Not only do they help networks and streaming companies better understand their audience (which in turn help those companies' bottom-line), but fandoms create a sense of community — something we all need more of during these virtual COVID-19 times.

Netflix first introduced the binge format in 2013 with political drama "House of Cards" and the inclusive prison comedy, "Orange is the New Black." Those shows dominated pop culture conversations as people delighted in the ability to marathon a brand-new TV season in a single weekend (or even day for those adventurous watchers).

But seven years later, the novelty of binge watching has worn off as the volume of new shows being released on streamers has increased year-over-year. Now we have Amazon Prime, Disney Plus, HBO Max, Hulu, and more producing dozens of must-watch, high-quality drama and comedy series.

And while the binge-format can make for a great individual experience, it's horrible for attracting new fans and sustaining the development of TV show fandoms.

Online episode discussions and social media are key to building a thriving fandom, but it's much harder to engage if you're binge watching

Marathoning a whole season of a show might be exhilarating for one TV lover, but it's hard to translate that personal joy into a communal fandom experience.

The biggest hindrance to binge-TV show fandoms is the constraint on conversations around individual episodes or moments. When a full season of a show drops at once, it's harder to chat with your friends, family, coworkers, or online pals about specific scenes in an episode or even a big, mind-boggling finale twist.

People binge TV shows at different paces, which means you can't discuss "spoilers" openly without causing the inevitable, "Oh man! Spoiler!" It's usually dangerous to start a would-be excitable chat with a friend without first making sure you're both caught up to the exact same point in the season.

Along with post-episode discussions, reviews and even trivial Twitter memes are a key part in creating joy and a community around a show.

Shows such as HBO's "Game of Thrones" or NBC's "This is Us" were able to flourish under the weekly release format of TV because they were able to grow fans organically.

Between installments, fans had ample time to swap theories about what's going to come next, rehash their favorite scenes, or make memes about smaller, inconsequential moments, which in turn make fans stans (or die-hard watchers). And if these conversations were held online, it allowed for others to discover the series.

With the binge-format, people are losing out on the chance to have that experience with a new series.

"Game of Thrones" dominated headlines and real-life conversations for nearly a quarter of the year every time it aired. By the end of its run, each new episode of "Game of Thrones," which premiered Sunday, was akin to HBO's own Super Bowl Sundays.

Everyone knew you had to tune in live, otherwise you'd risk bumping into a spoiler online. Or you'd lose out on the conversations and hype around the show. It was weekly, global event.

But if you look at "Stranger Things," Netflix's nostalgia-driven supernatural drama and their biggest tentpole series, the third season only had about a single month of sustained interest online. This is a key part of the fandom problem binge-watching has created.

You can see the difference in engagement around the shows thanks to Google search results. Here's how search interest for "Game of Thrones" charted over the full year when season three premiered in 2013:

Here's the same data for season three of "Stranger Things," which premiered in 2019. The analytics show a much shorter jump upwards with a sharp decline:

And lastly, here's a direct comparison between "Game of Thrones" during its eighth and final season, and to season three of "Stranger Things," both of which premiered last year:

As you can see from the red line, which indicates "Game of Thrones," HBO's weekly release show won when it came to both the volume of searches and sustained interest over time.

While "Stranger Things" is the most popular show Netflix has made in the last five years, even that series clearly can't compete with the tentpole weekly shows on HBO.

Last year, Amazon's "The Boys" debuted its first season, releasing the full set of episodes at once. The show was positively received at the time, but this year Amazon decided to experiment. After dropping the first three episodes of season two altogether, "The Boys" changed to a weekly release schedule.

The change in the episode's release dates worked. "The Boys" picked up enough new viewers to make it Nielsen's most-watched TV show by the end of season two.

Last year, Disney Plus' "The Mandalorian" came close to achieving the same viral success of "Game of Thrones." Thanks in large part to "Baby Yoda," the Child creature with Force powers who has enamored fans, the show's weekly episode releases turned into events, with memes galore and a fervor for merchandise, theory-swapping, and more. The build-up between episodes as people waited eagerly to see more of "Baby Yoda" was palpable.

"The Mandalorian" was proof that amid the chaotic deluge of new TV shows coming out every month, a weekly release format is the best way to not only grow a fandom but sustain its wellbeing and therefore a show's long-term success.

This issue has only been exacerbated by the COVID-19 pandemic. At a time when people feel desperate for communal experiences and connections and frivolity, it's a shame that most TV-shows aren't built to offer up the very thing we all need — a weekly, joyful distraction.

Maybe Baby Yoda is our only hope.

What was Young Dolph's net worth?

What did Joe Biden say about student loans during his campaign?