Ben Affleck and Kevin Smith were at one point close friends in their careers. This was evident by the fact that the two had collaborated several times in movies like Mallrats and Jay and Silent Bob. But it was a friendship Jennifer Garner wasn’t used to. So when the three were in the same place together, Garner took offense to something Smith said. She then proceeded to threaten him on behalf of her ex-husband.

Kevin Smith once blamed himself for falling out with Ben Affleck 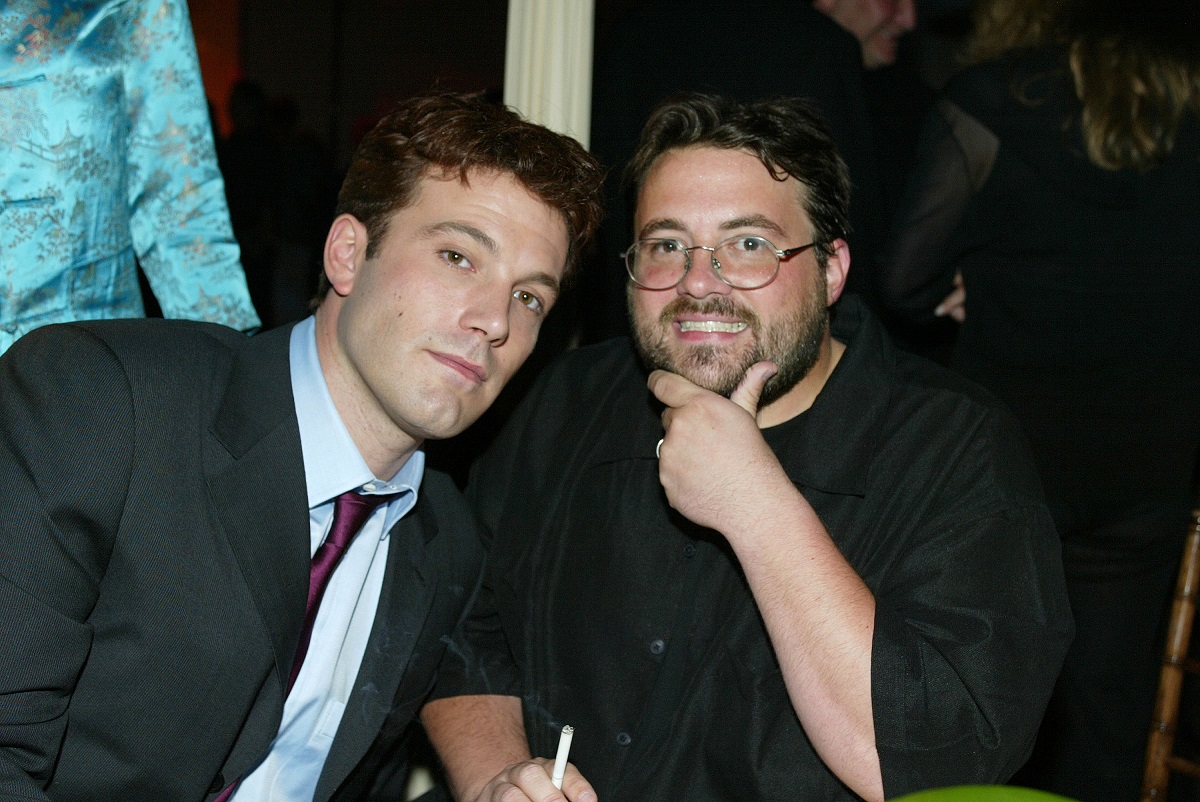 Kevin Smith admitted to his fans that he felt responsible for sabotaging his friendship with Ben Affleck. The revelation came in the form of a tweet, where a fan floated the idea of Smith directing The Batman.

Since this was when Affleck was still attached to the project, Smith potentially directing The Batman meant collaborating with Affleck again. But in Smith’s response, the Cop Out director revealed there are 3 reasons why he’d never direct The Batman. The number 1 reason Smith shared was that he hadn’t “spoken to Ben in years.”

In a much later tweet, Smith revealed how and why he was at fault for falling out with Affleck.

“If I had to guess? It’s because one of us has a big mouth and told too many candid stories that sometimes weren’t his to tell,” Smith tweeted out. “And the other one is Ben.”

Smith also noted that Affleck was a bigger part in his career than Smith was for Affleck’s.

“I didn’t hear from him after the heart attack. Of the Chasing Amy kids, I heard from Jason Lee, but I didn’t hear from Ben. Which is fine,” Smith told Daily Beast. “Maybe he didn’t even hear about it. I think he probably plays a more prominent role in my mythology than I play in his mythology anymore.”

Kevin Smith felt that Ben Affleck’s ex-wife Jennifer Garner wasn’t a huge fan of his either. In an interview with Yahoo, Smith was asked about his former friend in Ben Affleck. Here, he revealed that not only did he and Affleck not keep in touch, but Garner wasn’t very fond of him either.

One of the reasons Garner might not care for Smith was because of his sense of humor. Affleck and Smith might have at one point vibed together because of their similar humor, but Garner just found Smith offensive.

“Jennifer does not share the same sense of humor as me — she did not like my jokes,” Smith said according to NY Daily News.

Eventually, Garner threatened Smith over jokes made about her former partner.

“I was picking on [Jen’s husband] Ben Affleck and making fun of him because I’ve known him for a really long time — I was talking smack — and Jennifer goes, ‘You know, if you keep saying stuff about him, I’m going to kick your ass,’” Smith remembered. “And she could — I’ve seen Alias. She has a real girly sense of humor and didn’t understand that I was kidding.”

Kevin Smith may have left a bad impression on Jennifer Garner, but Smith had another experience with Jennifer Lopez. As most know, Lopez is Affleck’s current girlfriend, and the two were also dating while making 2004’s Jersey Girl. Smith, who directed the film, was surprised with the Lopez he ended up working with.

“I didn’t meet the Jennifer Lopez I was prepared for by so many other people, who were like, ‘She’s going to be a handful. She’s going to have an entourage,’” Smith told Rolling Stone. “She had a hair and makeup person, that was it. She had a bodyguard, which was understandable, because I saw those two go out, and it was f****** nuts.”

Ellie Goldstein Continues to Break Boundaries for Models with Down Syndrome: See Her New Allure Cover