After months of fan speculation about their relationship, Winter House stars Paige DeSorbo and Craig Conover are Instagram official! Here’s the photo and all the details we know so far about the Bravo couple.

On Dec. 19, DeSorbo posted the first photo of the couple to her Instagram grid, making the relationship Instagram official.

In the image, DeSorbo wears a long-sleeved, floor-length, tight white dress with a large cutout on one hip. She has a black bow in her hair, styled in a ponytail. Conover matches her in a black tuxedo and bowtie. They stand together on a white fur rug surrounded by white and silver balloons. Conover leans down to kiss the top of DeSorbo’s head as she smiles at the camera.

She captioned the picture, “Sew in love,” a reference to Conover’s business, a store called Sewing Down South. 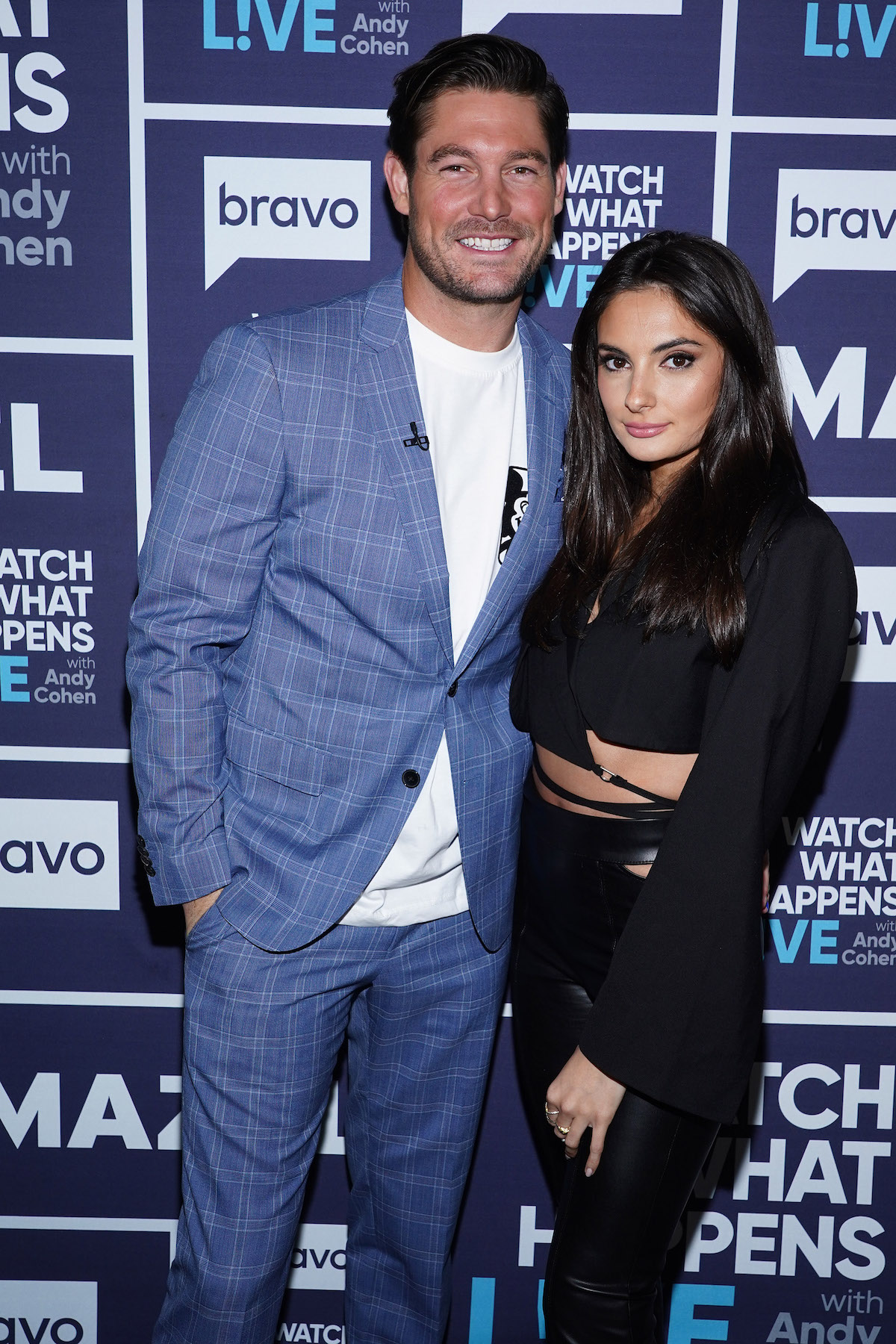 DeSorbo and Conover went public with their relationship in October, but they had known each other for years before that. Bravo fans rooted for the Southern Charm and Summer House stars to get together, and it seemed like it might happen on the crossover show Winter House.

But Conover had a girlfriend throughout the season, and they didn’t start dating until the show wrapped. DeSorbo started dropping cryptic hints about her new boyfriend on her podcast, “The Giggly Squad.”

Fans still weren’t sure that the couple was truly dating because DeSorbo, who is very active on Instagram, never posted photos with Conover.

Fans of the couple have been watching their social media pages for months, searching for clues that the two stars were finally dating. But DeSorbo, who frequently posts on social media, says that fans shouldn’t count on them to share all the intimate details of their relationship online.

“Everyone was saying like, ‘Oh, they’re acting or they’re doing it as a PR stunt,’” DeSorbo told Us Weekly in October. “And like, if we were doing that, I’d be posting about him a ton.”

The fashionista explained, “This is a very real relationship and it’s very new and, of course, you’re not, like, gonna post the guy you start talking to right away. And also, we haven’t taken a grid-worthy picture yet. Let’s just be honest, I haven’t approved one yet.”

Fans and friends of the couple can’t seem to get enough of the Winter House stars’ romance. They left supportive and celebratory comments on DeSorbo’s Instagram photo.

One fan commented, “HE MADE THE GRID,” while another wrote, “Love that you two are together #perfect.”

Another fan remarked, “Don’t think a couple could get any more stunning to be quite honest. IN LOVE WITH THIS ! 🤍” while another wrote, “I love you two together! 🔥❤️😫”

Miracle Brit lad, 8, who nearly drowned in Spanish swimming pool smiles in hospital with chicken nuggets and chips as dad reveals his joy

George Floyd's sister calls for arrest of cops who 'murdered' him