Zoe Kravitz was spotted rocking very short purple-blue locks and a face shield while on the set of her upcoming film ‘KIMI’ in Los Angeles.

Zoe Kravitz, 32, turned heads on Apr. 29 when she showed up to the set of the upcoming HBO Max thriller KIMI with purple hair! The actress’ locks, which were also cut into a bowl style, also had a bluish tint to them as she walked around the Los Angeles area. She also wore a zip-up orange hoodie that was over a white top and under a long gray coat, white sweatpants, and tan boots. 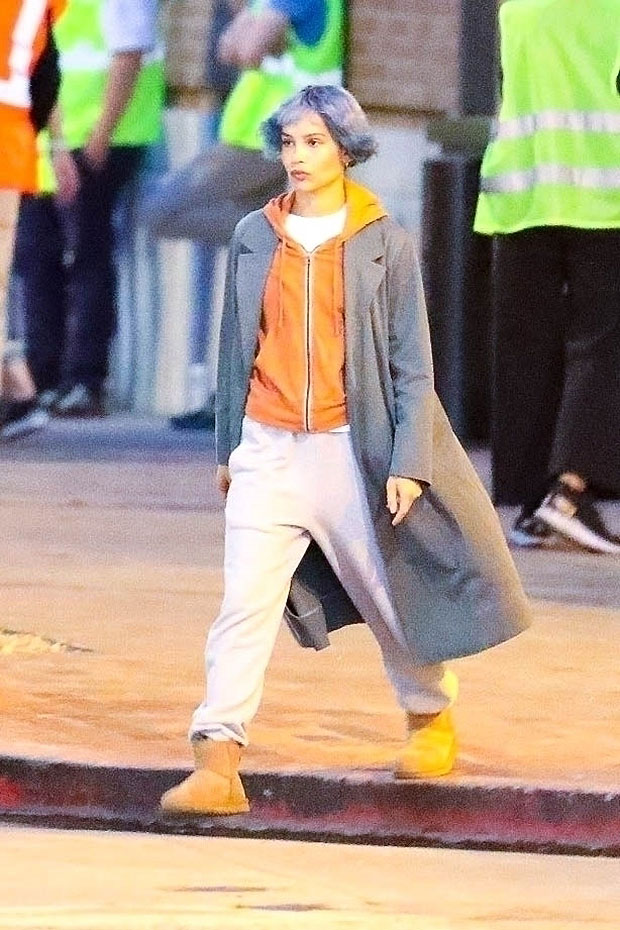 At some points in between filming the movie, Zoe wore a face shield to keep herself and others protected, and was also seen holding papers and her phone. Since she’s normally rocking dark hair, her new look was quite a different one for her and will most likely help her play the character in the Steven Soderbergh-directed film to the best of her ability.

The highly anticipated feature “follows an agoraphobic tech worker who discovers recorded evidence of a violent crime during an ordinary data stream review and tries reporting it up the chain of command at her company. Meeting with resistance and bureaucracy, she realizes that in order to get involved, she will have to do the thing she fears the most — leave her apartment.” 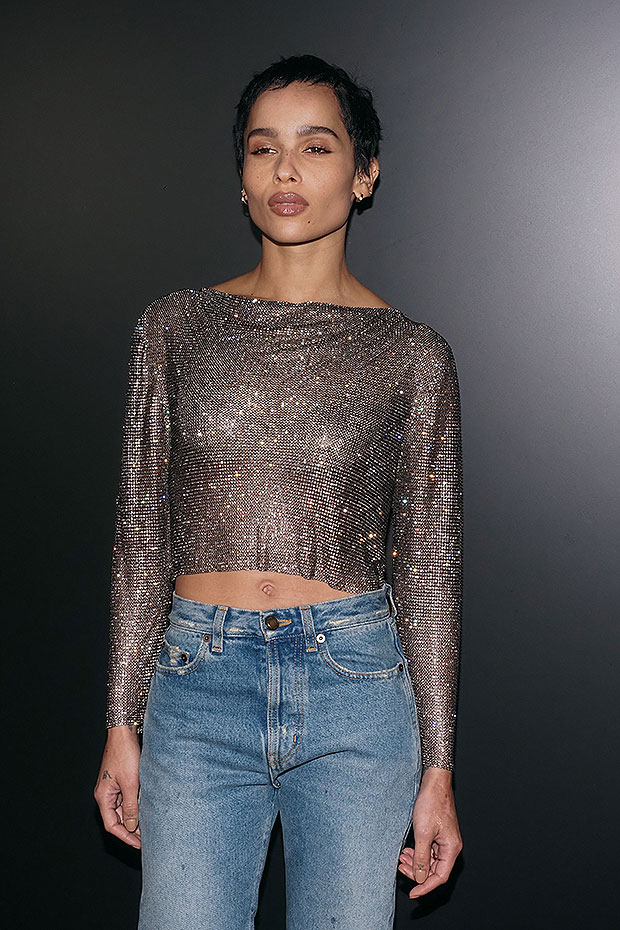 Zoe’s latest hairstyle for KIMI is similar to the look that fellow actress Halle Berry, 54, showed off at the 2021 Academy Awards. Although her locks were dark, the bowl cut was almost identical, proving the hairstyle is definitely still being chosen by A-listers. Halle revealed the cut was fake when she posted a photo of her sporting her usual long wavy locks on Apr. 30.

Before Zoe was showing off a haircut matching Halle’s temporary look, she was making headlines for filing for divorce from her husband Karl Glusman in Dec. after only 18 months of marriage. The former lovebirds were married at her dad Lenny Kravitz‘s home in Paris in June 2019 and had a star-studded guest list. Shortly after the filing, Zoe took to Instagram to post a serious selfie n honor of New Year’s Eve with the caption, “bye 2020. you f*ckin weirdo.”

Actresses: We were wrongfully arrested after using restaurant bathroom

What Happened To Heather Martin On Colton’s ‘Bachelor’ Season? Here’s A Recap