Home » Fashion » ‘Affordable and on trend’: How Kmart made the jump into luxe fashion

Department store Kmart has emerged as an unlikely bright spot in an otherwise bleak Australian retail landscape, with the Wesfarmers-owned chain benefiting from an enthusiastic response to its new on-trend fashion pieces.

While Kmart might be the regular stop for budget back-to-school supplies and wardrobe basics, in recent years the discount retail giant has made a bigger move into the fashion space, much to shoppers' enthusiasm. 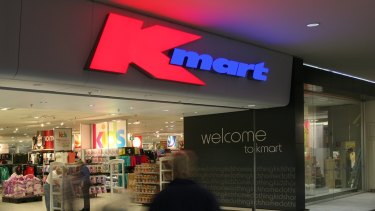 Kmart has made a concerted effort in recent years to position itself as an “on-trend” retailer.Credit:SMH

Taking a leaf from the playbooks of high-end fashion retailers, Kmart has started creating "luxe" wardrobe pieces, taking to social media to share their latest finds and outfits of the day.

It's part of the company's broader push in recent years to move away from the “cheap and nasty” stigma associated with discount department stores, aiming to provide shoppers with trendier products at a lower price point than upmarket competitors such as Myer and David Jones.

As part of this push, in October the company invited Instagram influencers to a two-day "K-Chella" event at the Callie Hotel in Brisbane to view the new season's collections.

The Kmart team regularly take feedback from influencers, including flying them to special sneak-preview events of new ranges and providing them with the occasional free product.

The style-savvy group were invited to try out the new range, speak to the design team about fabrics, colour palettes and a new plus-size selection, and even try some yoga in the retailer's new "squat proof activewear".

"Kmart has come such a long way in building and bringing back the community that want an accessible price point and quality," said Dani (@luxeandlemonade), an Instagram influencer who has become a part of the Kmart community in recent years.

"No one really shopped that much at Kmart," Dani says, but in recent years consumers have noticed the model starting to change, and the introduction of on-trend affordable homewares saw Kmart "become trendy".

Louisa (@louisa.sabrina) is a mum and part-time worker but has been running an affordable fashion Instagram account for two years.

She says the Kmart leggings she wore throughout her pregnancy were the "most comfortable" leggings she'd owned, and the company's kids range helped her find cheap clothes for her growing daughter.

"Babies grow out of clothes so quickly so I would see what’s affordable at Kmart," she says. "[Kmart] re-posted an image of my daughter in a Kmart jumper and it was one of the most liked pictures on their account."

The company's large size range and accessible stores are also a draw, she says, with Louisa preferring the reduced hassle of Kmart compared to "boutique stores".

"You can always look good without spending a lot of money."

Hoda Kotb is just as lonely as you are

Sharon Osbourne accused of spreading lies about ‘The Talk’ co-hosts

Chernobyl: Ben Fogle’s 30 seconds in the most dangerous spot on earth