A SICK babygro with the slogan “Daddy’s little s**t" is being listed for sale on Amazon. 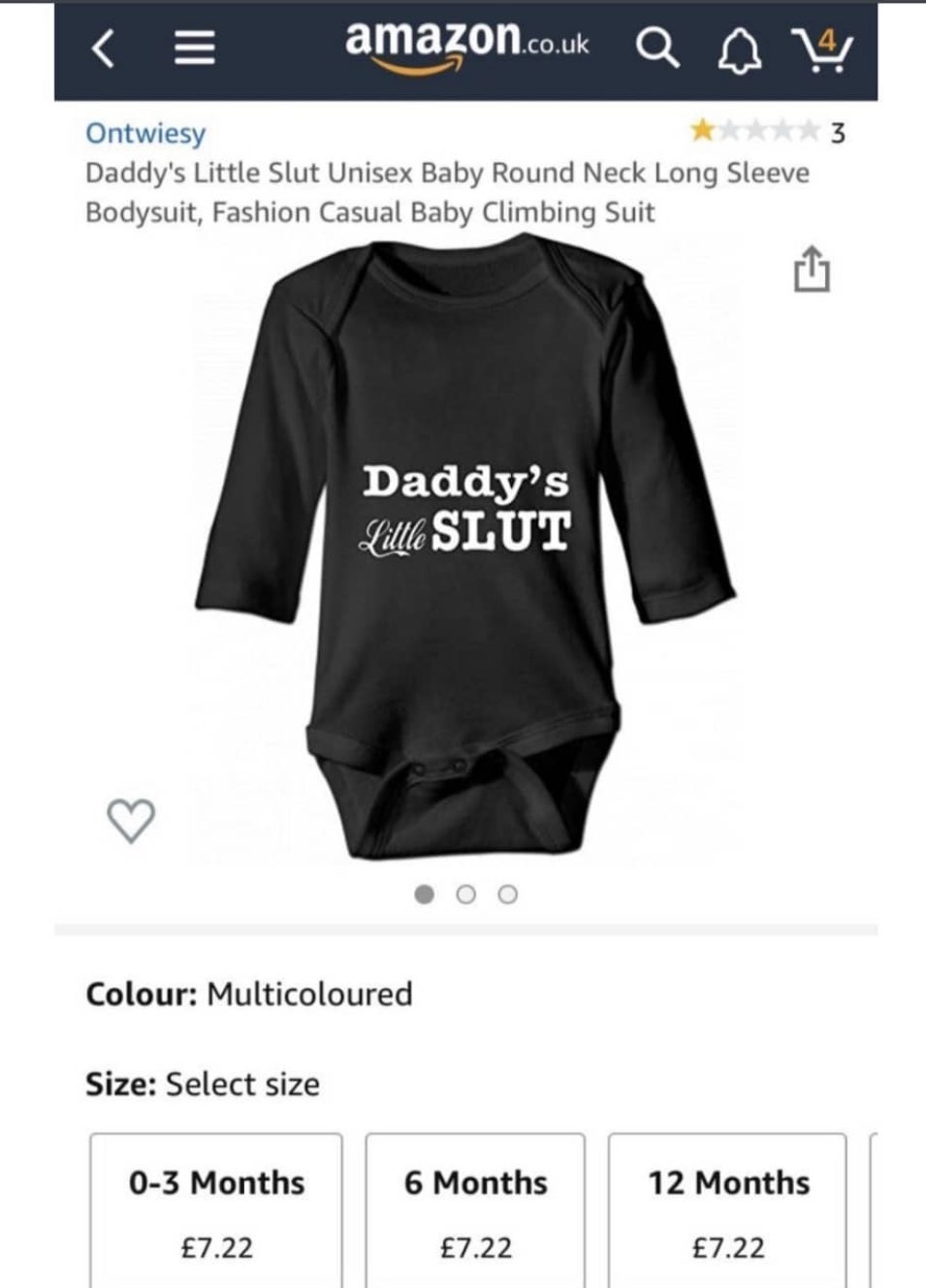 A photo of the highly inappropriate black cotton babysuit was uploaded to Twitter by user @NW6Rd.

They wrote: "How is this acceptable? Who designed it? Who buys it? Why??!! Why is it sold? Amazon – are you not checking?

"Social Services should be called to a baby wearing one of these."

On Amazon, the babygrow is listed by the seller as being suitable for “floor walking, playing, sleeping, casual wearing and photograph”.

It is also described as being an “amazing” baby gift.

They wrote: "Amazon are advertising this appalling babygrow, emblazoned with the words "Daddy's Little S**t". It beggars belief.

Fabulous contacted Amazon for comment and a spokesperson said: "All sellers must follow our selling guidelines and those who do not will be subject to action including potential removal of their account.

"The product in question is no longer available." 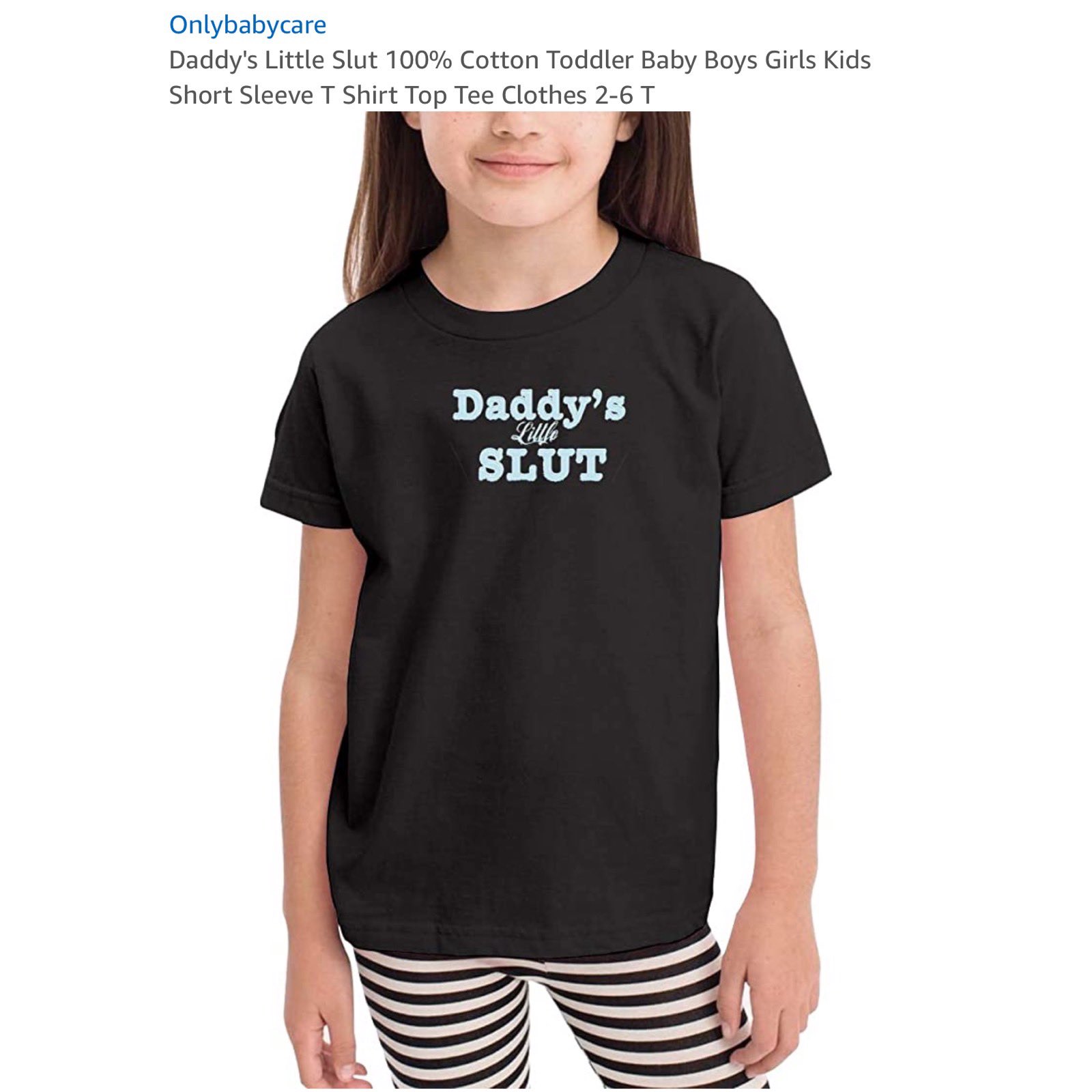 Just last year, Amazon was forced to pull a T-shirt for children which says ‘Daddy’s Little S**t’ amid a massive backlash.

The online retailer faced criticism for hosting the slogan shirt, sold by a seller called OnlyBabyCare.

The T-shirt was available to buy in baby, toddler and kids’ sizes, and was advertised as suitable for boys and girls.

In response to the outrage Amazon later pulled the T-shirt from its site and issued an apology.

Their previous statement also said: “All sellers must follow our selling guidelines and those who do not will be subject to action including potential removal of their account.

“The product in question is no longer available.”

Previously, outraged mums blasted a ‘disgusting’ dress for three-year-olds with the slogan ‘I’m sexy and I know it’.

And Primark was slammed for selling bikinis for babies… but do YOU agree they’re ‘robbing kids of innocence’?