A BARMAID who thought her kitchen was ‘bare’ decided to make an entire island unit herself – with the help of her best friend.

The DIY novice, called Chloe Rose, admitted she even had some tradesmen in her family, but she shunned their help and did it from scratch. 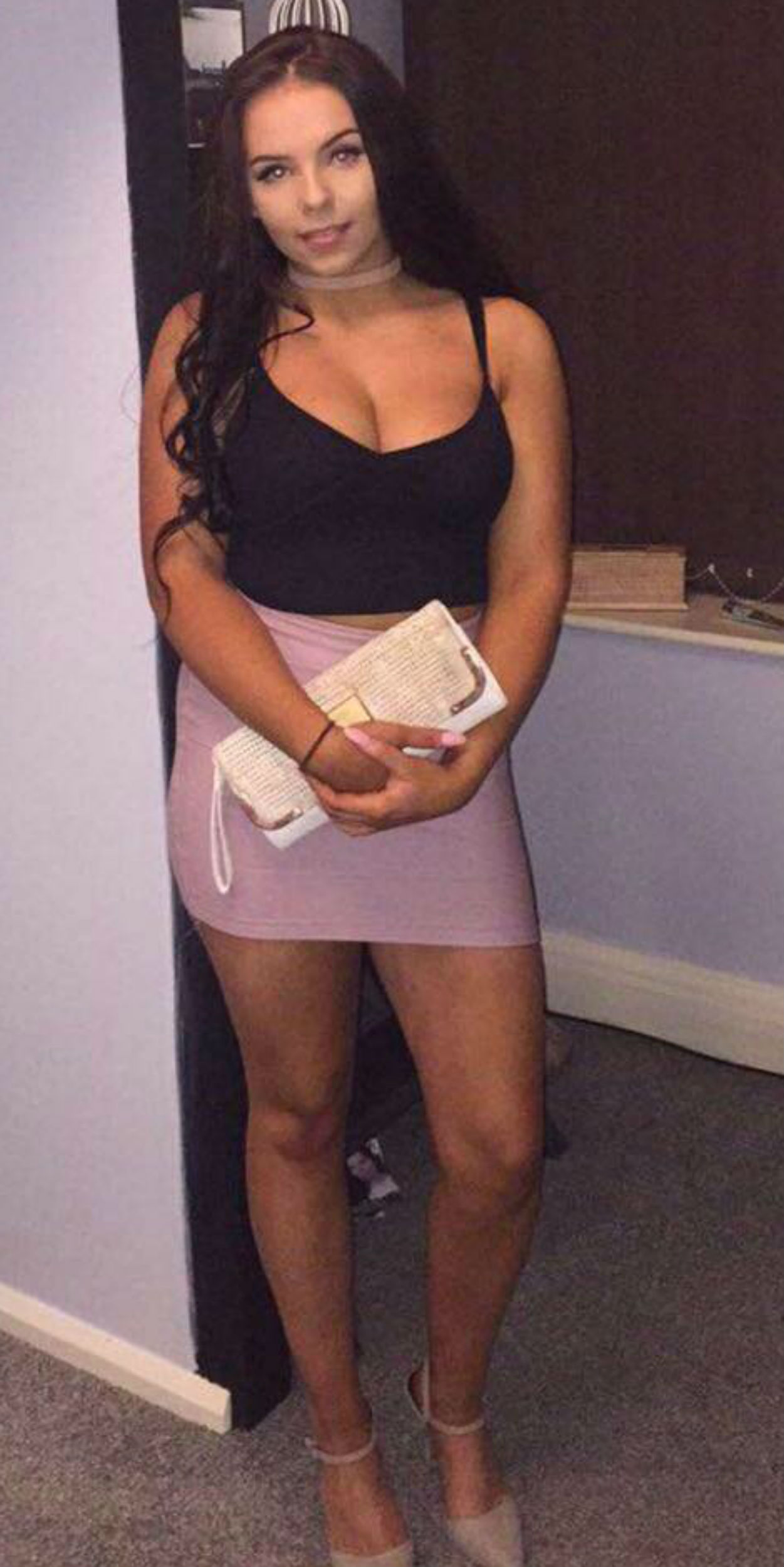 She shared a clip on TikTok, showing her and her pal spending hours in B&Q getting wood and equipment, despite admitting they had ‘no idea’ what they were doing.

Chloe from Halifax, West Yorkshire, revealed the entire project only cost her £65, saying: “My kitchen was so big and bare.

“And I didn’t want to spend much.

“So me and my bestie got our DIY on. 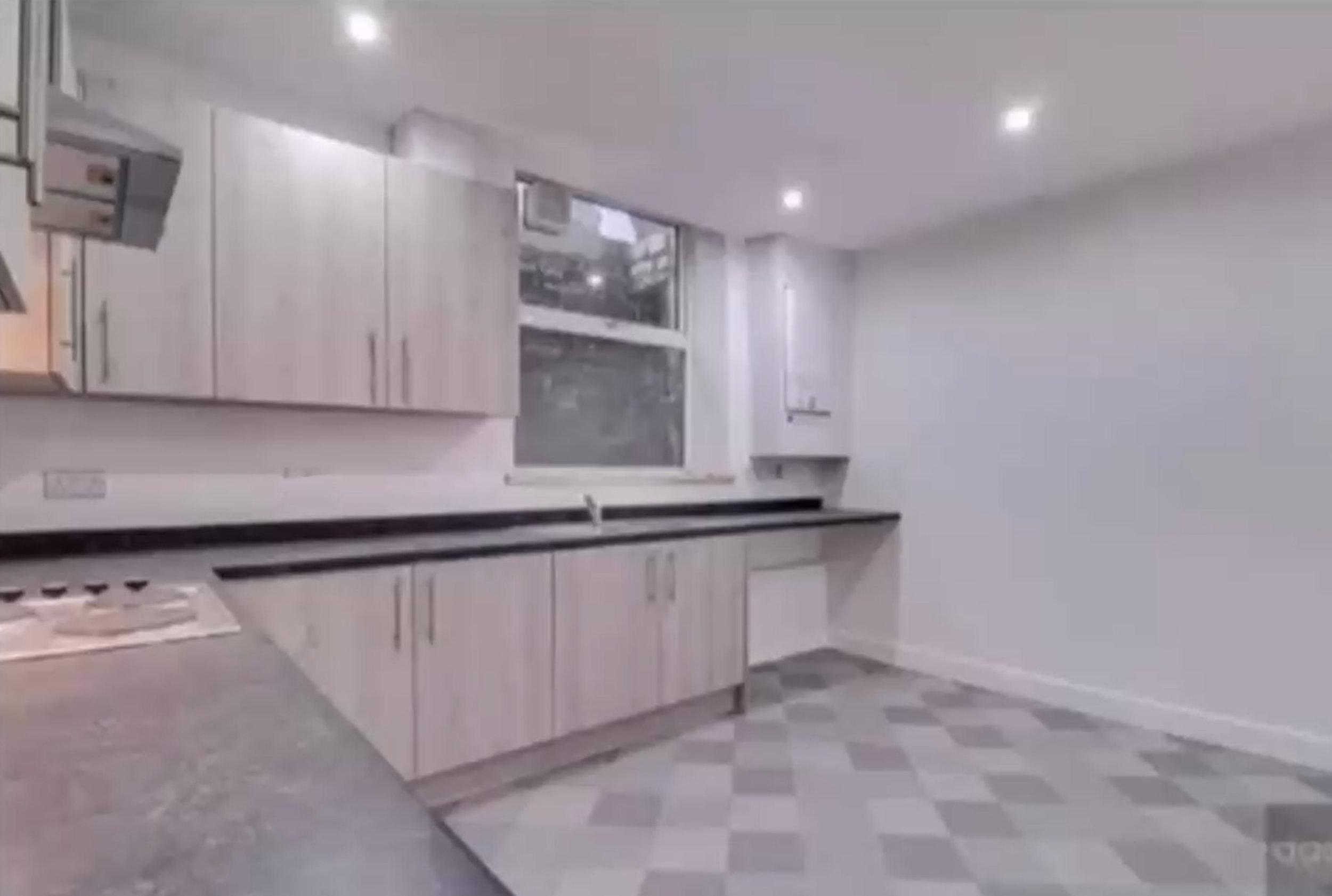 “Every joiner in my family just laughed and didn’t think we could do it.”

They filmed themselves pushing round a giant trolley in the hardware store, saying: “An hour later and we’ve still not managed anything.

They picked up wood to make a kitchen island, as they filmed themselves doing shots while knocking it together. 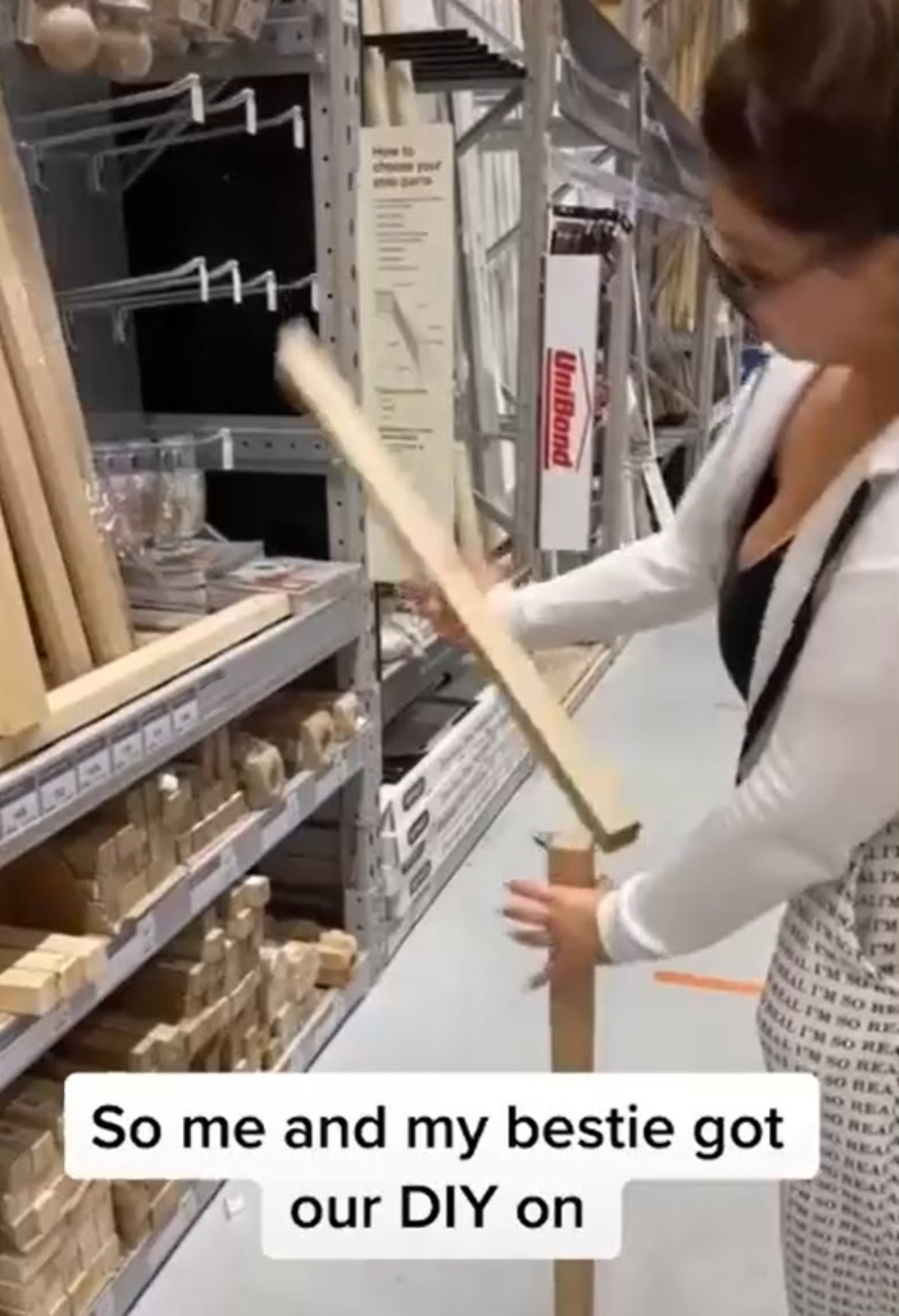 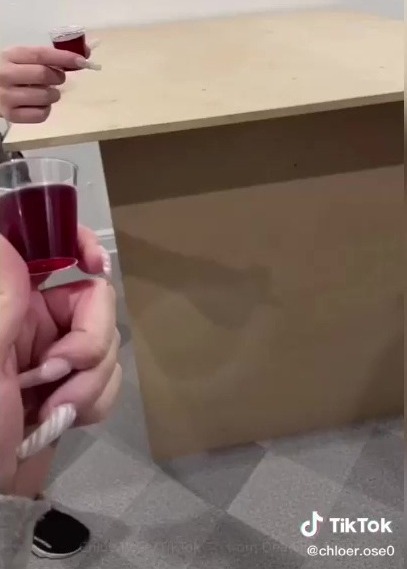 Chloe admitted they had “no clue how to use a drill”, confirming they ‘added glue for extra safety’.

She added: “Filled holes and sanded. Added vinyl to the top. Painted the legs.”

Finally she added LED lights as a finishing touch, and confirmed the stools are just ‘temporary’. 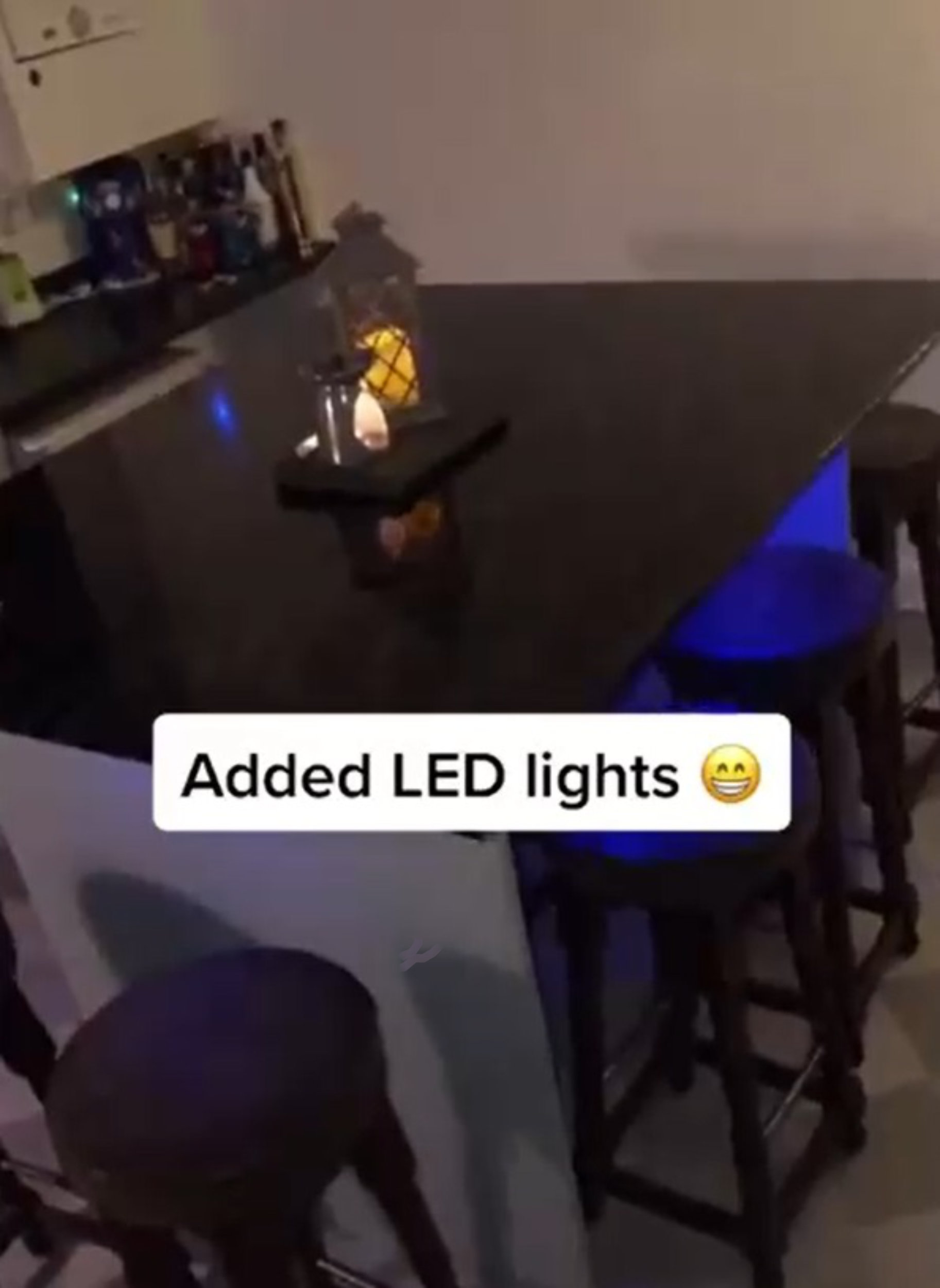 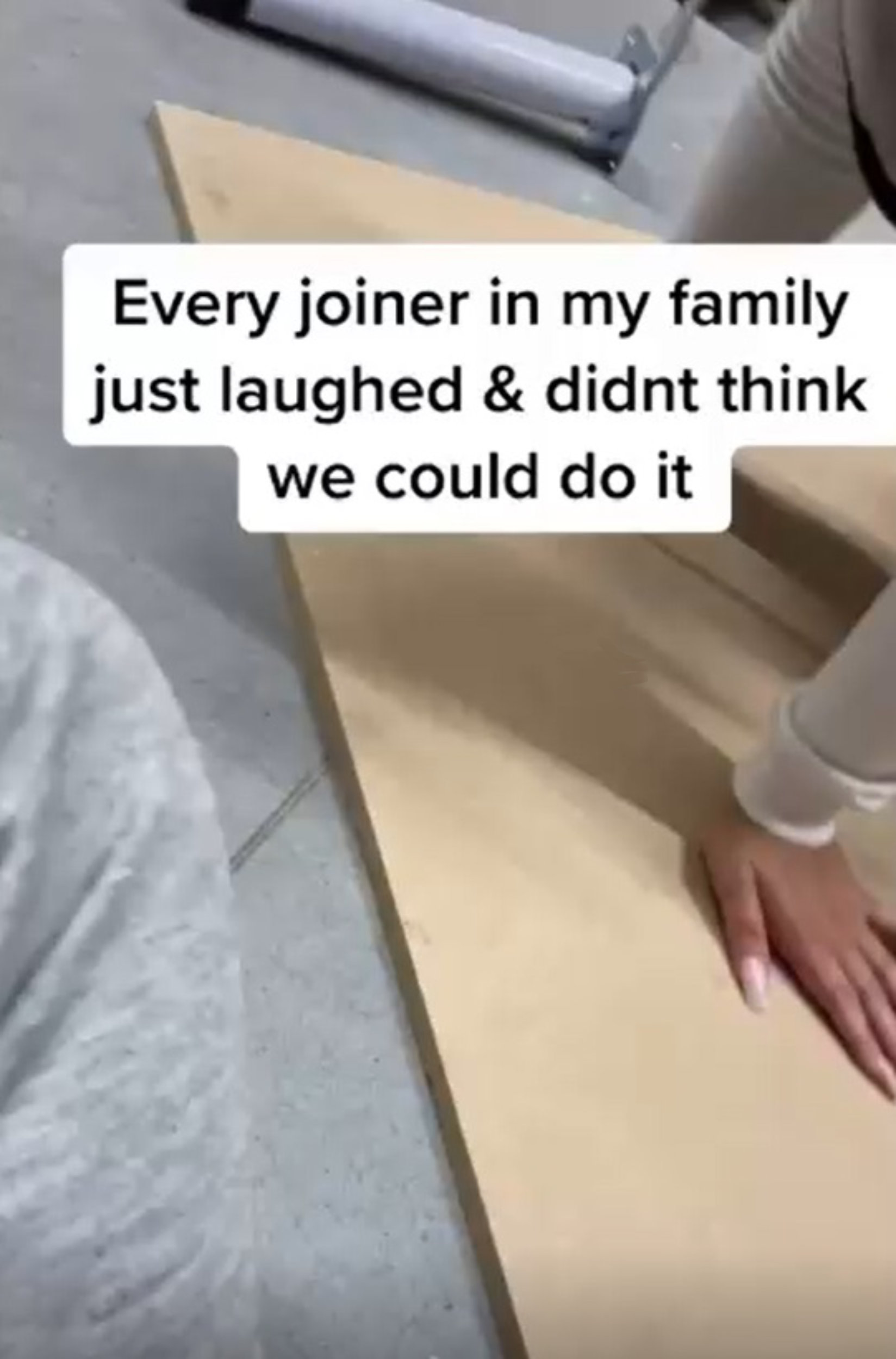 And responding to people who didn’t believe how cheap it was, Chloe added: “The MDF board is £22.97, we used two of them.

Chloe filmed the finished result – revealing she went for a chic grey and marble theme – and people were in awe of how professional it looked.

She shared her handiwork to Facebook, where it racked up thousands of likes.

Commenting on the island, one person said: “That looks amazing! Well done you bloody legends.” 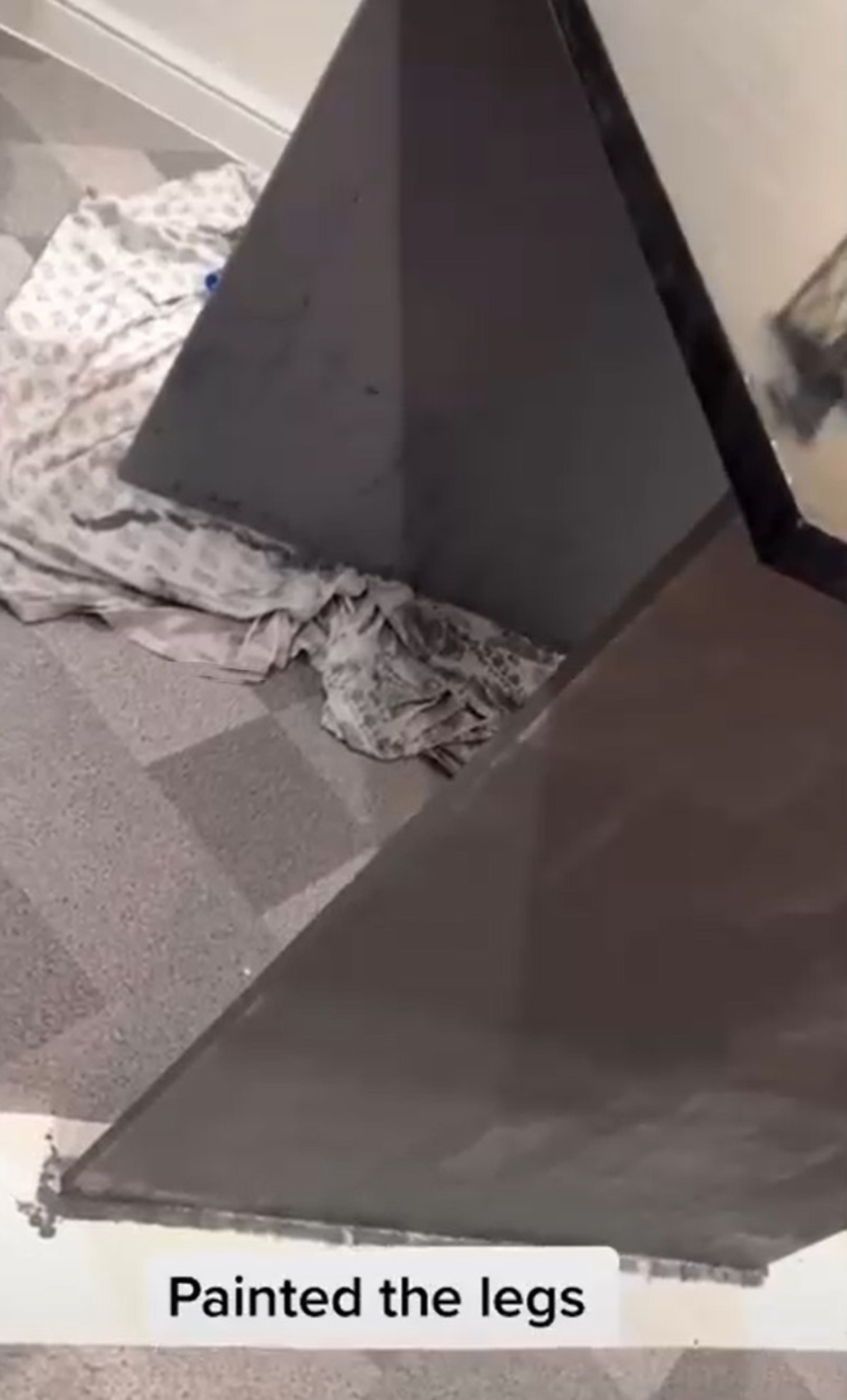 And this mum gives furloughed daughter’s dated kitchen a makeover by painting everything & the difference is incredible.

While this mum painstakingly revamps her kitchen using 8,000 pennies – and people are in awe over her patience.

Plus this mum uses offcuts found in a skip and bargains on eBay to transform her loft bedroom into study and beauty desk.