THIS lash technician showed her response when a client couldn’t pay for her new eyelashes – and it’s extreme.

Tiktok user @lashesbyleenax shared a video of herselfapparently cutting off her client’s eyelashes with scissors after her card declined. 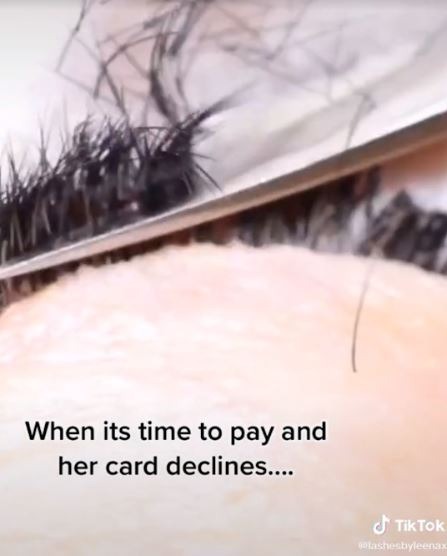 She captioned the video with the phrase “#worstclient”, but viewers can’t believe the lash tech would be so harsh.

The video appears to show the lash tech cutting off her client’s lashes – and not just her new lash extensions, but her natural eyelashes too.

The Sun has not been able to verify whether the beautician really cut off a client's lashes or if the video is a joke.

The video has racked up over a million views, and commenters can’t believe their eyes. 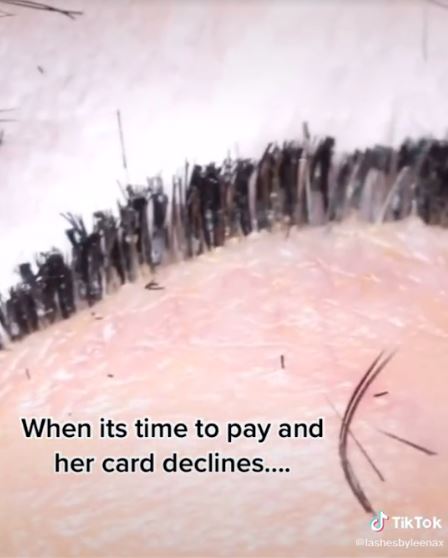 Many were shocked that the lash tech chopped off someone's natural lashes – even if it was for a joke.

“No way did you chop her actual lashes what”, wrote one stunned commenter, while another agreed: “Nah bro you cut off my real lashes and I’m cutting off something of yours.”

Some thought the beautician's appraoch was unnecessarily harsh.

“Woow never coming to you! That’s so sad, she could’ve gone and got cash whilst you had a valuable of hers”, wrote one viewer. 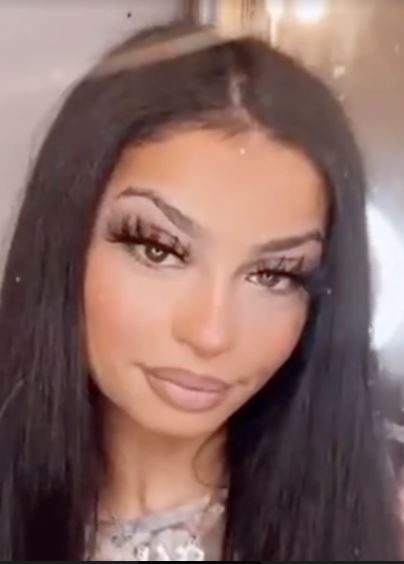 “Declined does not mean she did not have the money”, said one sympathetic viewer, while a second wrote: “I understand the card declined… but come on”

One commenter even says they were moved to tears.

“Omg I’m actually sobbing looking at this omg”, they wrote.

Some, however, saw the beauty therapist’s perspective on the matter.

“I would’ve done the same”, wrote one commenter.

In other beauty news, Mrs Hinch shows off ‘amazing’ eBay temporary tattoos for eyebrows – but ends up with creepy ‘hairs’ on her arm.

Meanwhile, one woman was left in tears after forking out $1.2k for the hair extensions of her dreams in a salon appointment gone wrong.

Plus, one woman has urged beauty fans not to get their eyebrows microbladed while showing off horrific results four years on.

‘Parasite’ Is Coming To Hulu In April, So You Can Finally Stream The Oscar-Winning Movie

Grab to hire 350 staff in S'pore, including for financial services