A BEMUSED man has captured an amazing optical illusion showing a large boat appearing to float across the sky.

Colin McCallum spotted the red "floating vessel" on the horizon as he travelled through Banff, Aberdeenshire on Friday. 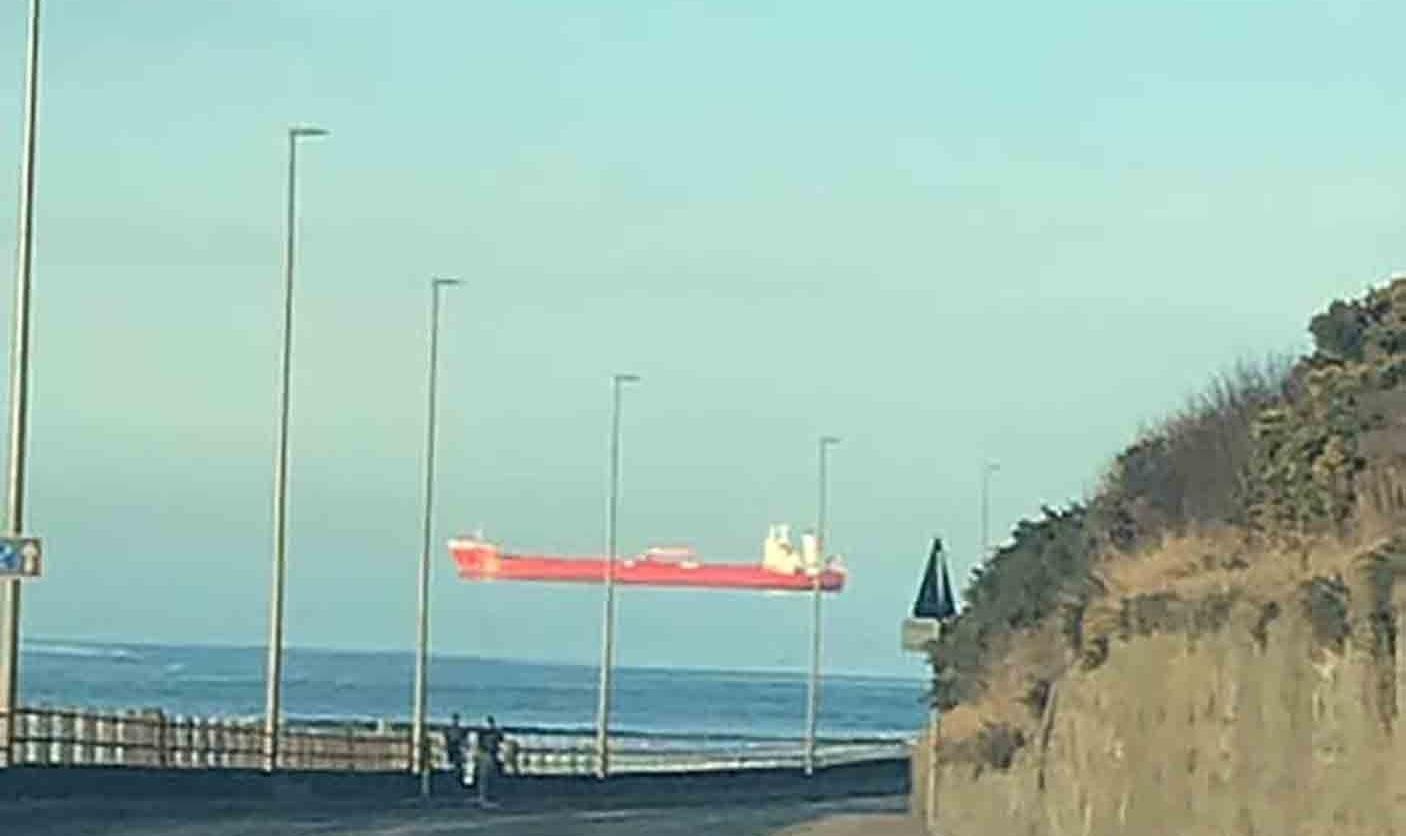 Due to the similar colouring of the sea and sky, the large vessel appears to be sitting amongst the clouds.

The keel of the ship is out of view and, teamed up with the low-lying clouds, it appears difficult to see where the water ends and the clear blue skies begin.

Shocked by the sighting, Colin filmed the illusion in motion as he passed by.

Viral ‘spinning house’ optical illusion leaves people stumped – so can YOU work it out?

The health and safety worker from Turriff, Aberdeenshire, shared the clip and his images onto Facebook later on that day, writing: "Saw a real life optical illusion in Banff today.”

Subsequent pictures also captured by Colin show the boat high amongst the clouds.

Since Colin shared his picture onto Facebook, social media users have been left stumped by the footage.

Gabrielle Jamie Simpson said: “I genuinely can’t understand what is going on here.”

Speaking today, Colin said: “When I first saw the boat, I had to do a double take because I genuinely thought it was floating.

“Upon further inspection, however, I noticed that it was in fact just a remarkable optical illusion.”

“The boat, being further away, was in a cloudless area and therefore the sky reflected the sea- making it look like the boat was floating.”