Home » Fashion » Bizarre Balenciaga coat looks like  jackets on top of each other… and it’s selling for £6,000

The baffling navy parka is being sold by Balenciaga, and costs a staggering £6,095. Yes, you heard right. 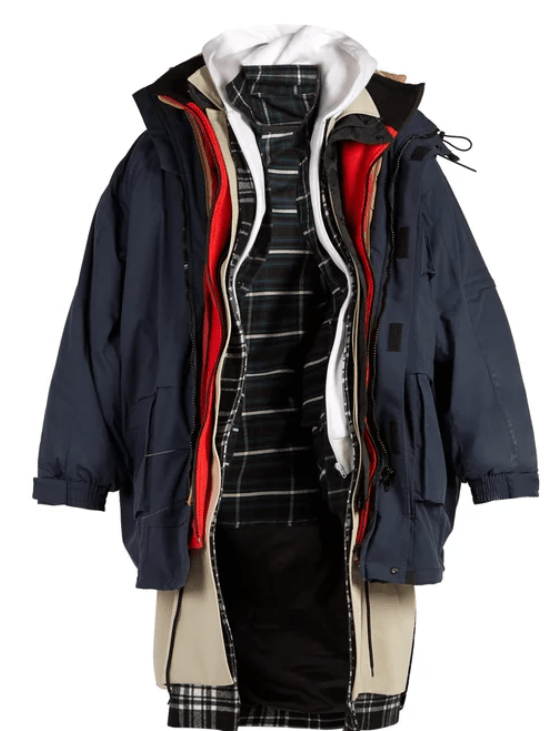 Clearly the designer didn’t adhere to the mantra “less is more” as the autumn/winter collection garment is made up of seven separate coat layers.

You will literally look like you’ve put on every item in your wardrobe before leaving the house.

As described by Matches Fashion, the coat is made up of "plaid shirts, jersey hoodies, and technical fleeces, featuring cuffed sleeves, two front patch pockets, a drawstring hood and a coordinating hem."

There certainly is a lot going on. 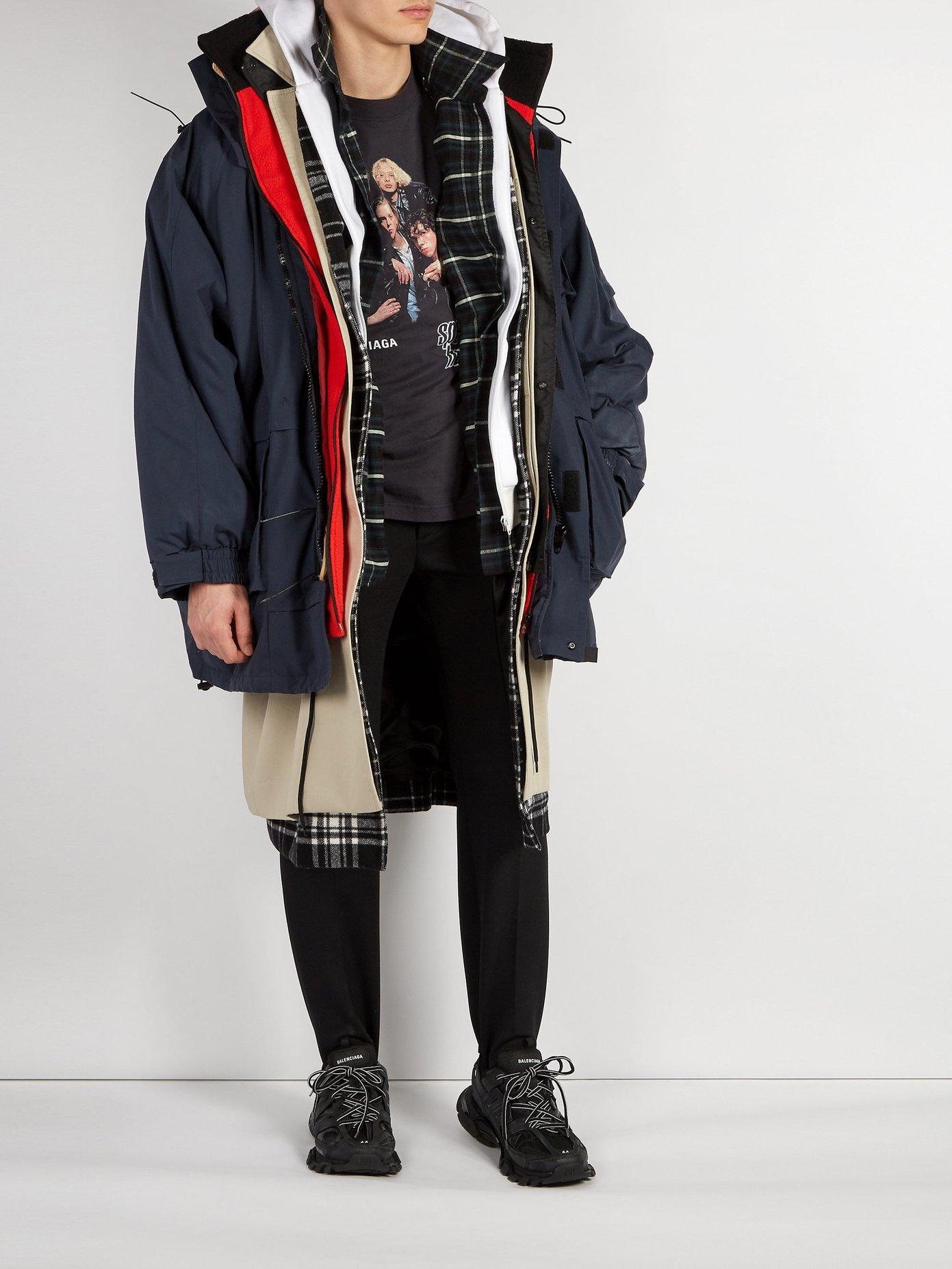 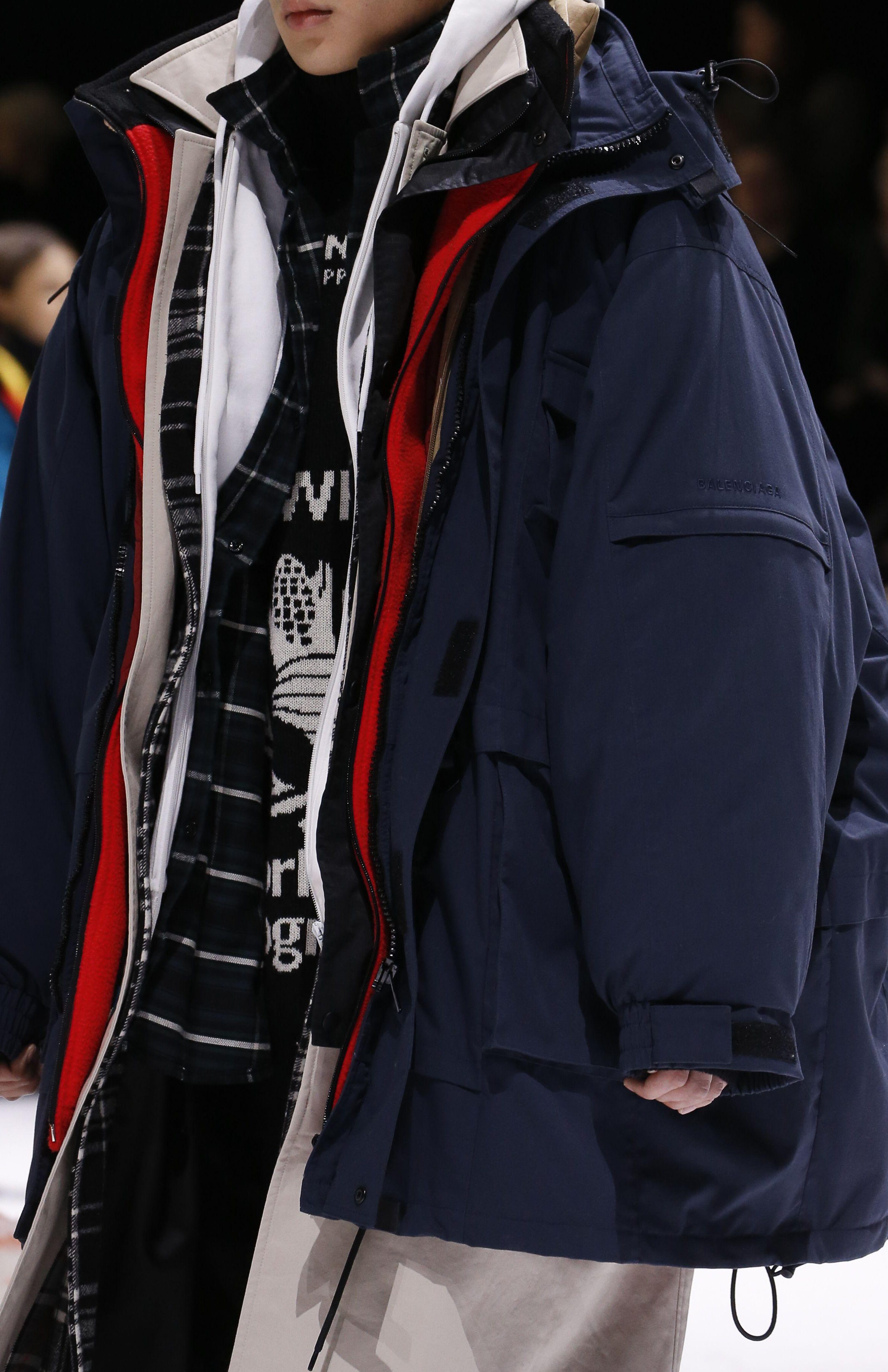 You definitely won’t want to be caught wearing it in a heatwave as it looks pretty thick and heavy to wear.

Shoppers have been left baffled at the Balenciaga creation, with one person likening it to the episode in Friends where Joey wears all of Chandler's clothes.

Will you be giving it a go?

River Island was selling a coat which looks like a SLEEPING BAG for £180 and fashion fans can’t stop poking fun at it.

And would YOU wear detachable jeans? Bizarre denim jeans will set you back a staggering £330.

Meghan Markle and Prince Harry's Megxit review with the Queen is CANCELLED as 'situation is working', royal insider says