Home » Fashion » Boy, 9 months, diagnosed with rare form of testicular cancer after parents find lump in his scrotum – The Sun

WHILE on holiday in Gran Canaria, Emma Burgess and her partner Katie Woodward noticed a lump in their son's testicles had grown.

But, given Freddie Burgess-Shardlow was just nine months old, the last thing to cross their minds was that it could be cancer. 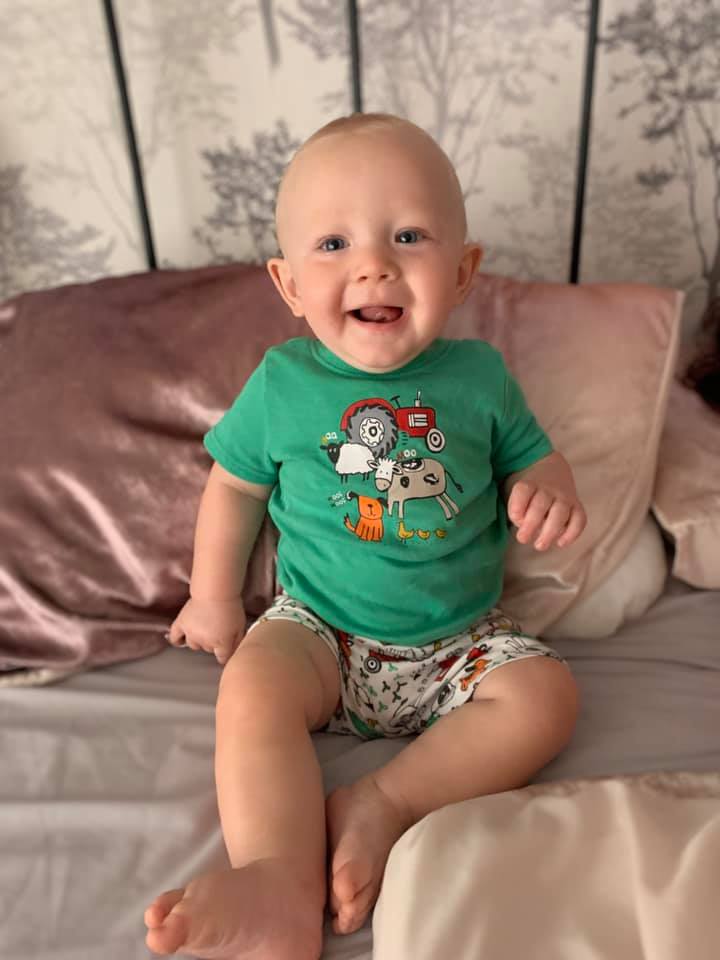 They thought the cabin pressure on the plane had caused the lump to swell, which doctors had told them was a hernia, and that it was nothing to worry about.

However, later that month doctors confirmed the diagnosis – Freddie had a rare form cancer.

Stunned, Emma and Katie, are now sharing their story to raise awareness for cancer in children.

The couple first suspected something was wrong when they found a lump in Freddie's testicles back in March.

They took him to the doctors right away to get the lump checked-out, but medics dismissed it as a sign of a hernia, which is common in babies. 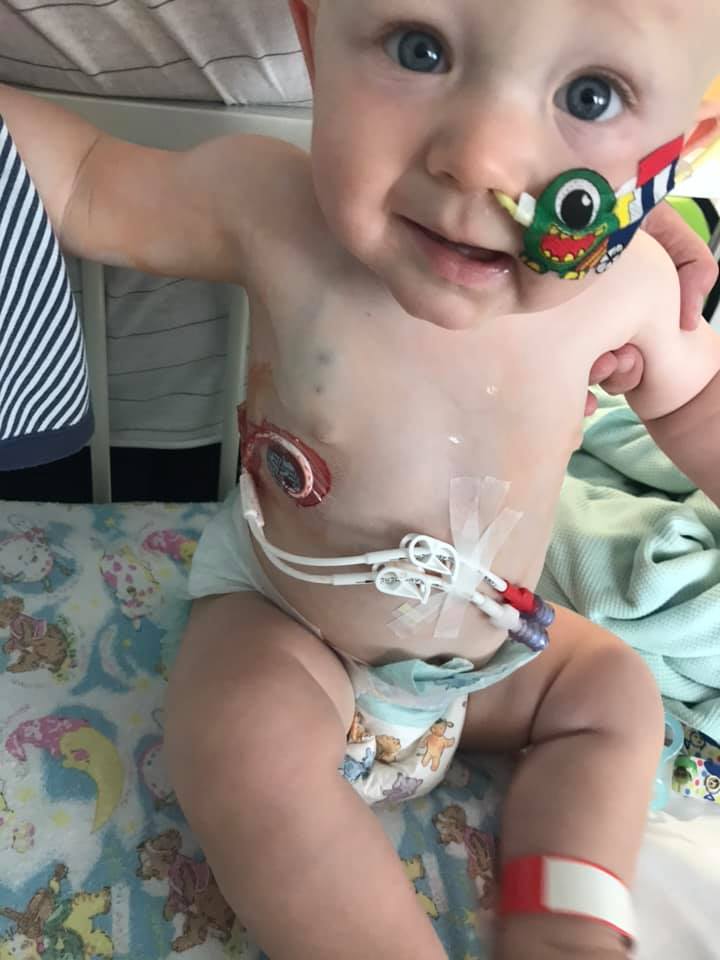 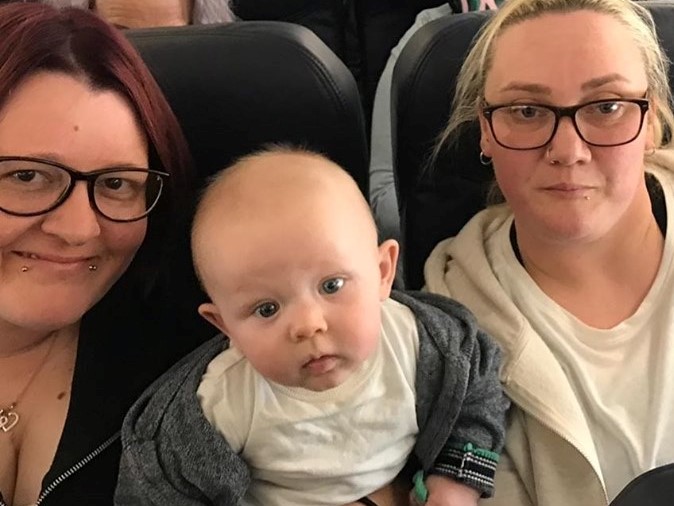 However, while holidaying in Gran Canaria, Emma and Katie noticed the lump had grown "quite a bit".

When they returned home, Freddie was taken to the Pilgrim Hospital in Boston – his parents were working nearby in Skegness.

Doctors soon told Emma and Katie it was an abnormal growth after being referred to the Queen's Medical Centre in Nottingham.

Emma said: "They said it was a hydrocele and told us if it had not gone down by the time he was 18-months-old to come back for a check-up."

A hydrocele is a type of swelling in the scrotum considered common in newborns and it occurs when fluid surrounds the testicle.

What are the symptoms of cancer in children?

Cancer symptoms can be very similar to those of other childhood illnesses – and they vary between children.

According to Cancer Research UK, there are 15 signs to look out for:

While doctors reassured them Freddie would get better, his condition continued to worsen and they took him back to see a doctor in June.

They confirmed the lump was a solid mass and he ended up having it and his right testicle removed five days later to allow medics to examine the mass.

His parents were told it was unlikely to be cancer because he was too young – but two weeks later he was diagnosed with a testicular ectomesenchymoma.

It's a rare and fast-growing tumour of the nervous system or soft tissue, with only 64 cases of the cancer reported before 2015.

Cancer Research UK statistics reveal just eight children under the age of nine are diagnosed with testicular cancer each year, on average. 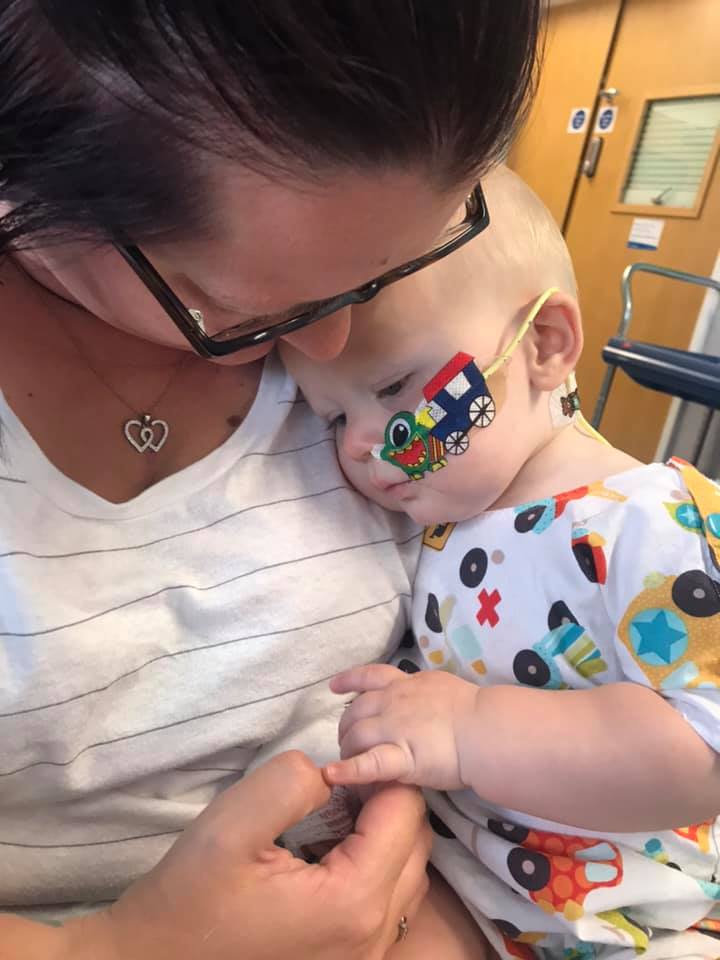 An etectomesenchymoma is a rare and fast-growing tumour of the nervous system or soft tissue.

Only 64 cases of the cancer were reported before 2015, while only eight of those were documented to have developed in the scrotum.

Cancer Research UK statistics reveal just eight children under the age of nine are diagnosed with testicular cancer each year, on average.

The disease most commonly affects men aged 15 to 45, with around 2,200 cases diagnosed each year in the UK.

The disease most commonly affects men aged 15 to 45, with around 2,200 cases diagnosed each year in the UK.

Freddie was started on nine gruelling rounds of chemotherapy after the diagnosis, which he has every 21 days.

His parents say the emotional impact had been enormous and they have been staying at Billy's House, a free place to stay operated by children's charity Clic Sargent, in Nottingham.

Despite this, they say Freddie is still "a happy little boy" and has not been "too bad".

Emma said: "He's still happy. But it has been heartbreaking. We try not to cry around him so he does not get upset.

"Sometimes he has times when he does not want to eat anything. But he's still a happy little boy. He flirts with all the nurses and he has his favourite." 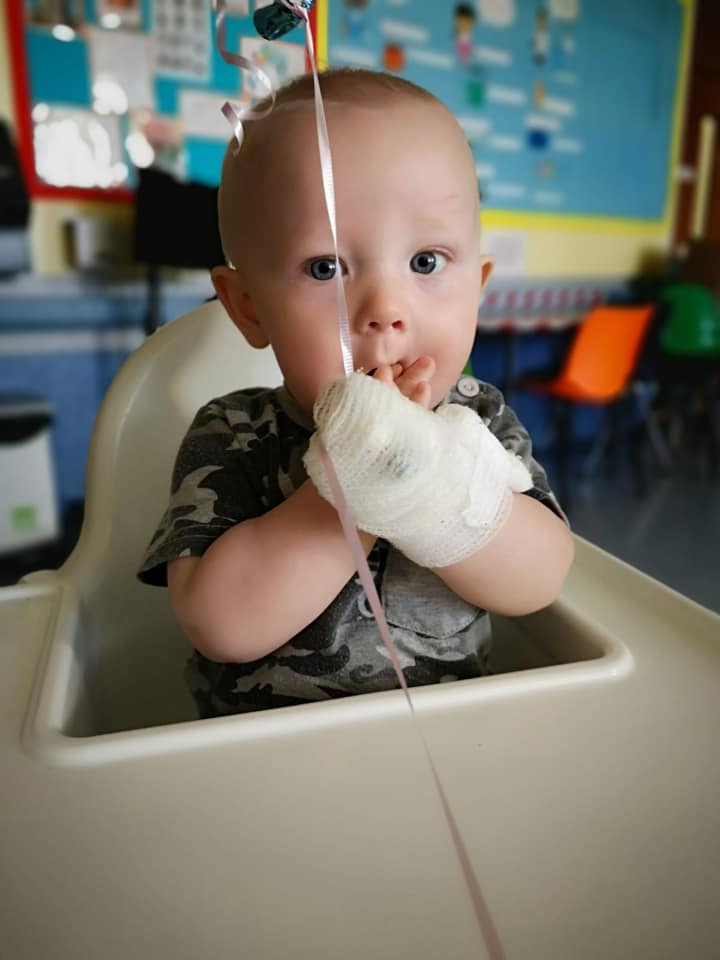 His older sister Holly Burgess, 19, who lives in Arnold, Nottinghamshire, is raising money for both the Queen's Medical Centre and Clic Sargent.

She said: "He has been brilliant. It has been difficult but you just have to pick yourself up and get on with it.

"I'm feeling OK for the abseiling, getting more and more nervous, but I see Freddie and I get reminded of the reasons for doing it."

Morrisons now does 'dirty' CARBONARA fries and they look delicious

Meghan Trainor Opens Up About Her Panic Disorder, Says This Saved Her Life

What is Obamagate and what has Donald Trump said about it? – The Sun