A BRIDE-to-be showed off her unusual engagement ring – which is emblazoned with her fiance’s name rather than some bling.

The woman explained her partner decided to give her the jewellery featuring his name, Braden, in a rose gold design. 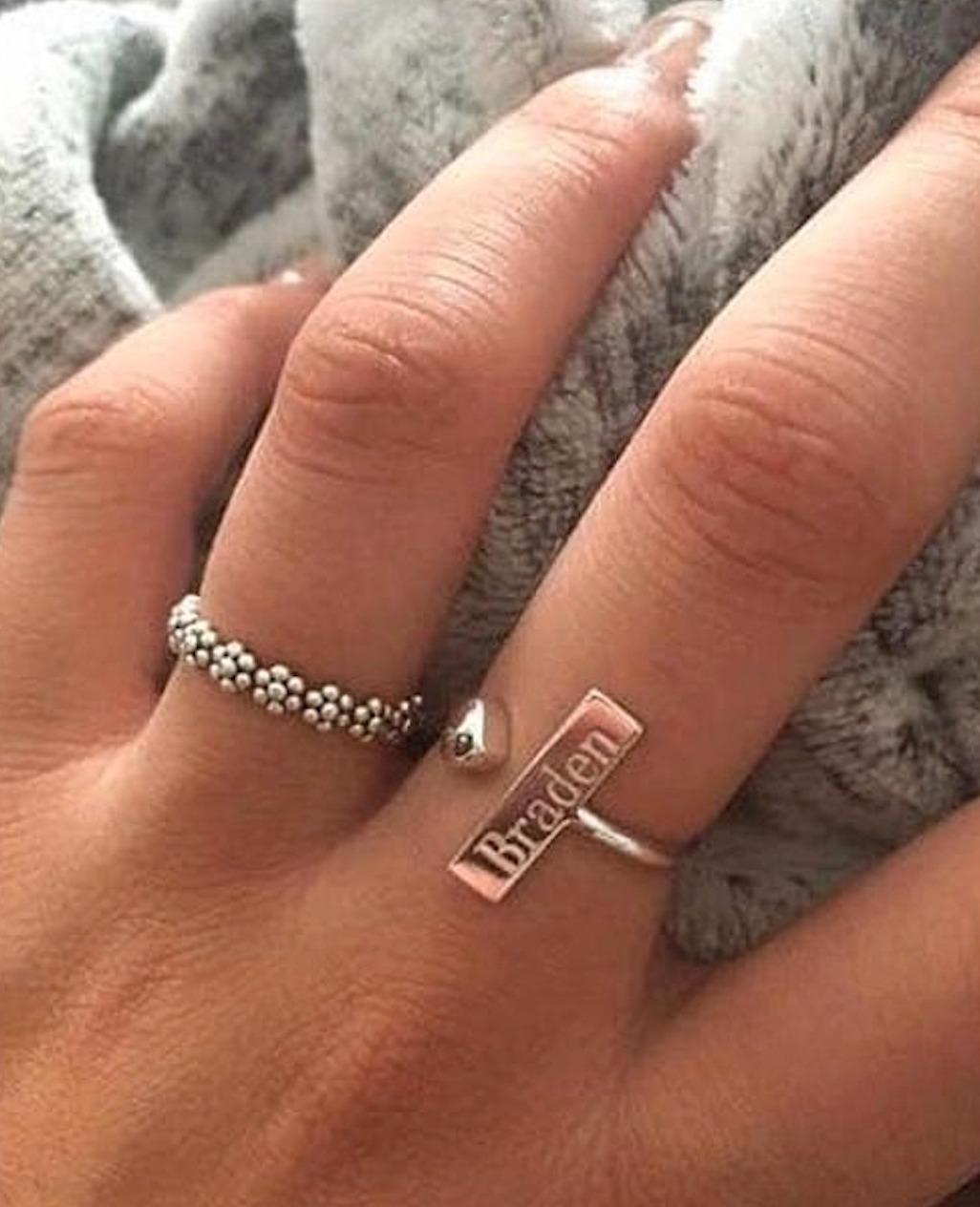 A snap of the bizarre ring was shared to Facebook group That's It, I'm Ring Shaming, where it’s racked up dozens of confused comments.

The bride-to-be wrote: “He said: ‘I'm giving you my first name until I can give you my last’.”

People aren’t impressed by the gesture, with some claiming the woman had been ‘branded’ rather than proposed to.

Commenting on the ring, one person said: “Would you also like a dog collar with a tag on it? You know that way if you get lost they know to call your man? (Talk about possessive).”

Another wrote: “Seems more like a brand than a romantic gesture.”

While this woman thought: “No, thank you, Captain Patriarchy. I have my own name.”

Others thought the gesture showed how immature the couple was, with this person asking: “Okay is Braden a child? Because I don't know why else you would wear someone’s name on you.”

Agreeing, someone else added: “Braden…is she marrying a 4th grader?!

"They might as well get matching friendship bracelets and, I hope they pre-order 10 pallets of Fruit Gushers for the hors d'oeuvres.”

And this bride was shocked when her ‘bratty’ mother-in-law asks to borrow her dress for her own nuptials after ruining her wedding.

While this mum knew she had to quit boozing when her husband said she was too drunk to hold their baby as he hosed vomit off her clothes.

And this mum says baby oil is the secret to getting a spotless kettle as it totally revived hers after ‘it was ruined’.

Here’s How Much Leslie Odom Jr. Is Really Worth