On the prowl! Britney Spears, 40, rocked a yellow gingham bikini in a new Instagram video, where she rolled in the surf, danced to ‘Bodak Yellow,’ and channeled her inner Siberian tiger.

The claws are coming out, but not exactly how you’d expect when it comes to Britney Spears. The star, 40, looked carefree and empowered in a video posted to Instagram on Wednesday, February 2nd, where she channeled her inner vixen, rolling in the surf and channeling a tiger to the tune of Cardi B‘s anthem “Bodak Yellow.” The pop star wore a skimpy yellow gingham bikini to match the song’s title, which she previously rocked during a vacation to Maui at the end of January. Britney alternated the footage of herself with high-definition clips of a Siberian tiger prowling a beach in bedazzled, yet restricting, chains. Metaphor, anyone?

Though fiancé Sam Asghari, 27 showed his support by commenting “Lioness,” some fans weren’t as impressed with Britney’s inclusion of a chained Siberian tiger in the video. Many fans took the clip to be an analogy for Britney’s newfound freedom after the end of her 13-year conservatorship, but some Instagram commenters thought the comparison made light of animal exploitation and abuse. One fan wrote: “Endangered animals in chains. Real nice. [Britney] this isn’t it… ” while another weighed in: “These lions and tigers should be as free as you. Big cats are not pets.” 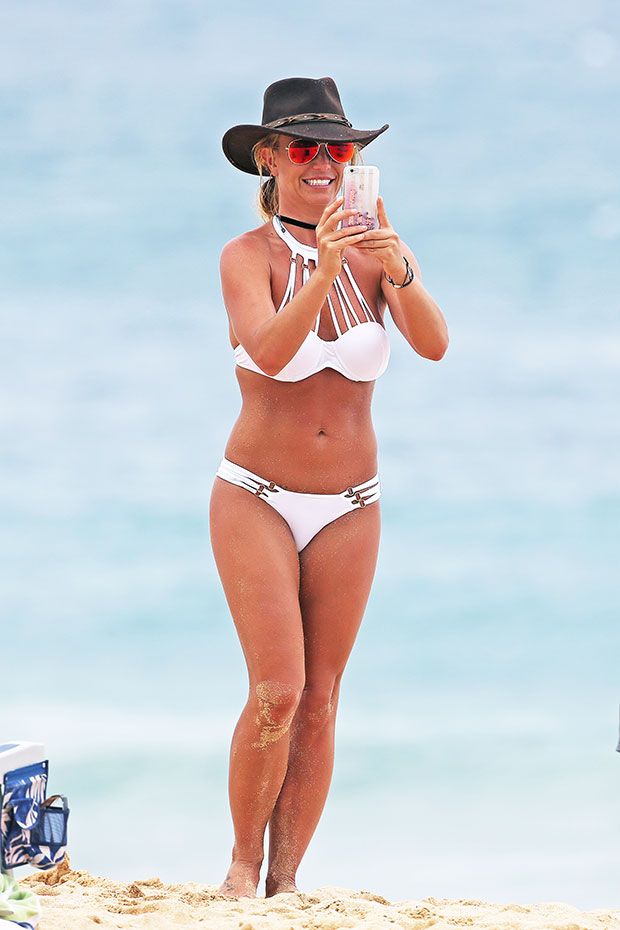 Britney’s been enjoying her freedom the best way she knows how: being her silly, sexy self. Britney, who loves offering glimpses into her new life to fans on social media, recently shared posts of her rocking purple hair, dancing it out to Selena Gomez‘s hit “Bad Liar,” and even posing fully nude to embrace her “free woman energy.” However, she also hasn’t forgotten what she was put through during the years of her conservatorship.

As Britney’s sister, Jamie Lynn Spears, continues the promotional tour for her tell-all book Things I Should Have Said, (which includes claims Britney has hotly contested), Britney is sharing her side of things, her way. She has called Jamie Lynn out on a number of occasions, shutting down many of her sister’s public statements and interviews.

Luke Bryan Forced To Halt Beer Production Due To Coronavirus

Robert Pattinson's Mom Instantly Humbled Him After He Booked 'Twilight'