While numerous luxury brands associate themselves with visual artists and other pop-culture figures, writers are often left out in the cold.

On a recent Wednesday afternoon, Casiraghi quizzed French novelist Camille Laurens about the semantics of female identity, the realities of motherhood, stereotypes about aging, and the impact of the #MeToo movement. The pre-recorded session is to be broadcast on Tuesday on Chanel’s website, reconnecting the French brand to its literary roots.

“That’s very important to understanding their personality and their intimate world,” she explained, arguing that literature “influenced their creativity much more than we think. And I thought that it was important to show that link.” 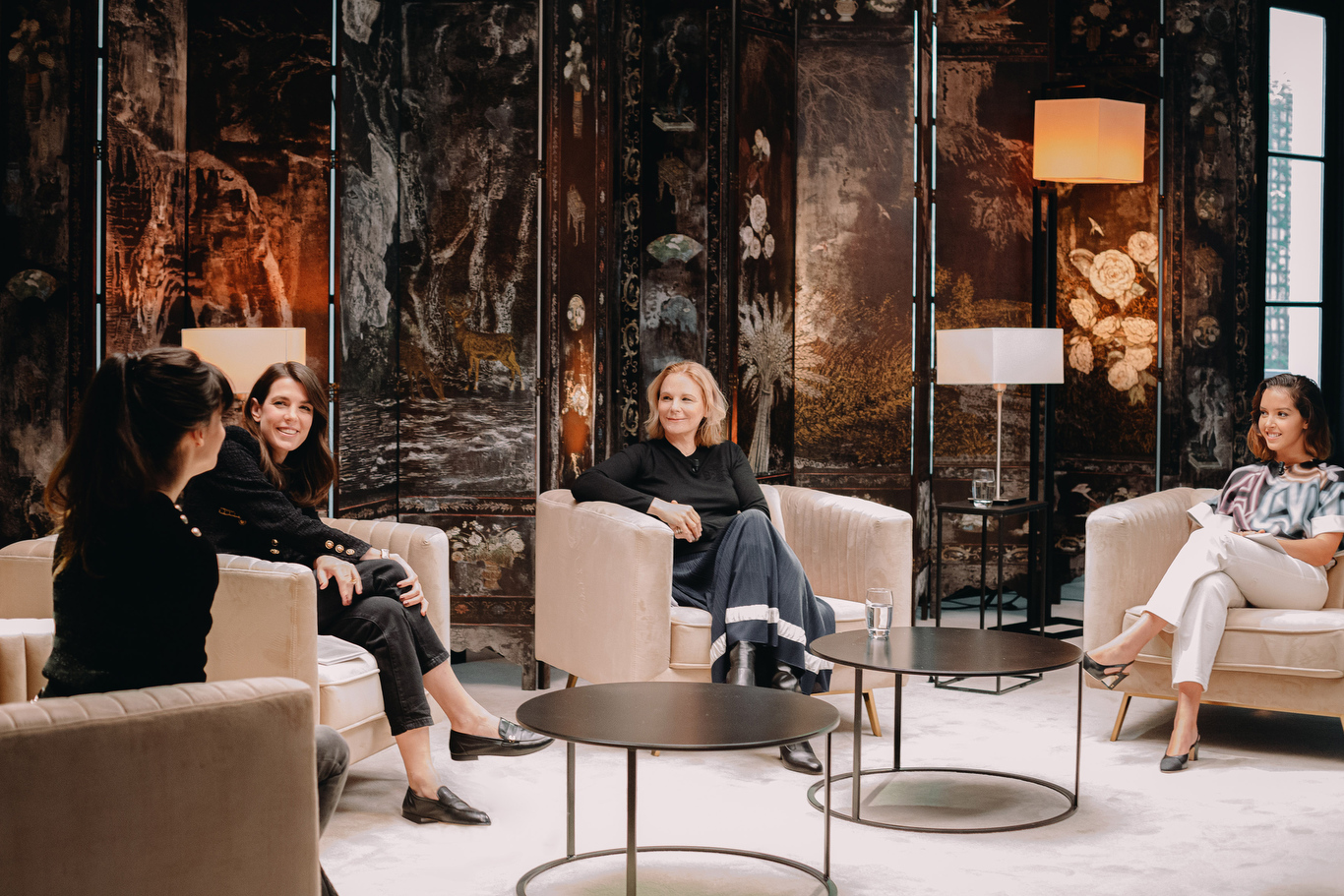 An earnest listener and articulate interviewer, Casiraghi was joined on stage by literary historian Fanny Arama and Algerian-French actress Lyna Khoudri, who opened the session by reading from the first chapter of Laurens’ latest novel, “Fille.” The book follows the life of one girl from her birth in 1959 to the present day, exploring along the way how women’s roles in society have evolved.

Seated on beige suede armchairs with Coromandel screens propped up behind them, the four women then engaged in a lively, engrossing four-way conversation, Laurens unflinching in her dissection of the French language, its gendering, and how it shapes perceptions of femininity. For example, the French word “fille” means “girl,” but also “daughter of.”

“She’s important on the literary landscape,” Casiraghi said of Laurens. “The question of the emancipation of women figures very strongly in her last two books.…She also explores many stylistic possibilities, and the richness of the French language.” 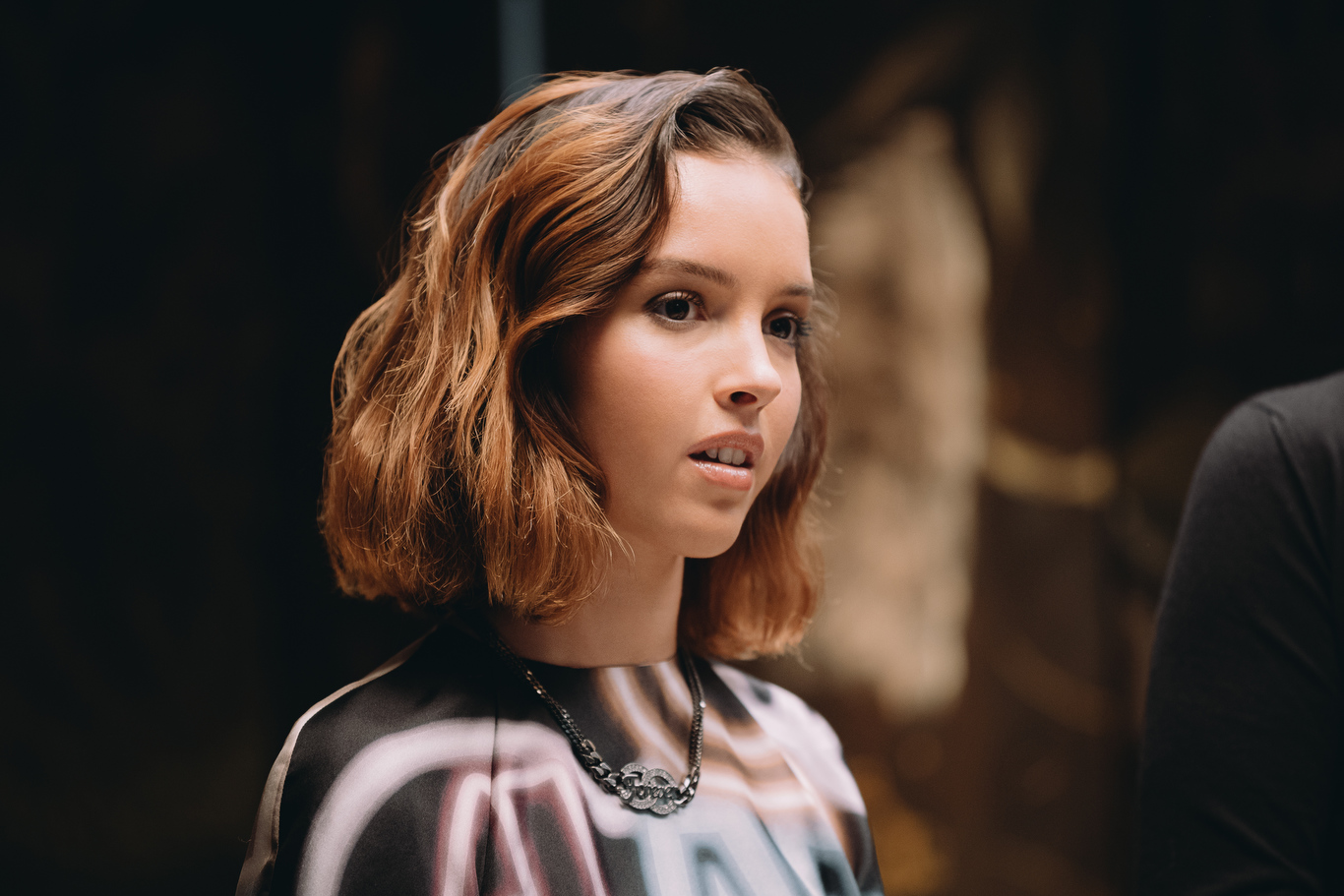 According to Casiraghi, the literary gatherings at Chanel have multiple ambitions.

“Turning new generations toward literature is very important. Today, images and fast communication is something that’s part of our everyday life, and taking the time to read and to create an intimate atmosphere is something very precious,” she said, curled up in a leather chair, dressed in black jeans, loafers and a tweed Chanel jacket.

What’s more, Casiraghi said the sessions underscore “the power of literature and the power of words to transform your vision of the world; to help you understand others and welcome others,” she said, also underscoring the feeling of solidarity with other women “and in a way that doesn’t exclude men.”

The focus on female authors from the past and present dovetails with the story of Gabrielle Chanel, a self-made woman and fashion pioneer who was never estranged from important thinkers, writers and other cultural figures. An avid reader throughout her life, Chanel devoured the great classics of French, English and Russian literature, and the poetry of Pierre Reverdy, Paul Éluard, Charles Baudelaire and Guillaume Apollinaire.

Casiraghi noted that each literary rendezvous will feature an actress, or someone who represents Chanel, and also a writer, bringing together like-minded women from different generations and professions. 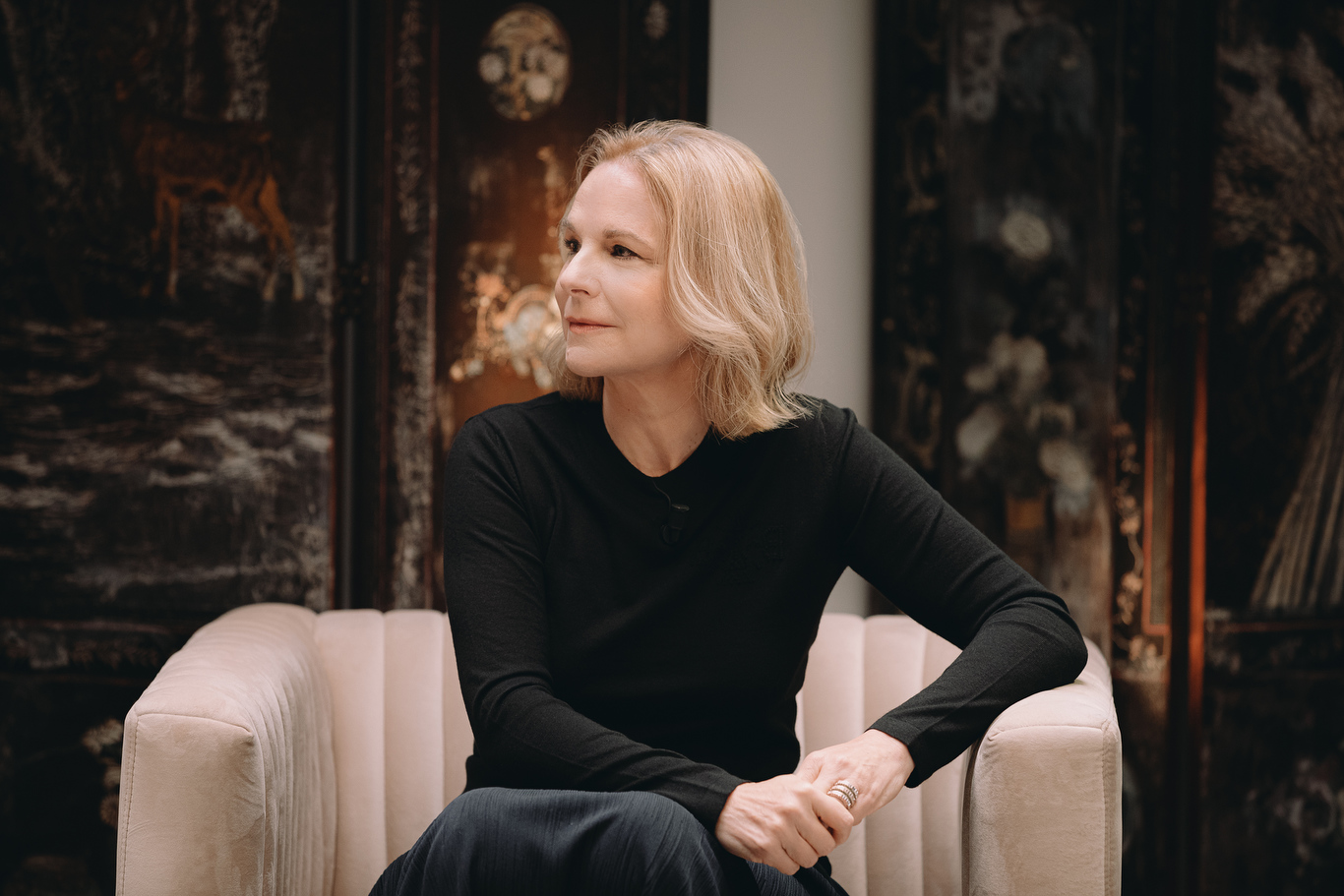 “It was very moving today to see all these women together. And it’s to show that women are not just about corresponding to certain standards of beauty or a certain plastic image, but also are interesting because of the way they see the world, the way they are cultivated and the way they read, write and think,” she said. “I think the fact that Chanel puts that forward is something I find important and rare.”

Casiraghi said opening each session with a live reading “is very important because the fact you take the time to listen to a voice, and there’s the voice of the writer with the voice of the person carrying and expressing it.”

She also noted it’s a way to represent multiple generations. Laurens remarked during her session that actress Khoudri is about the same age as her daughter. Khoudri won the César Award for Most Promising Actress in 2020 for her role in the film “Papicha.”

“I think that may trigger more desire to go read it because also someone unexpected is embodying it,” Casiraghi said.

Casiraghi, who has been close to Chanel since her teen years, made her official debut as the French house’s newest ambassador and spokesperson in January when she featured in Chanel’s spring fashion campaign, shot in her hometown of Monaco. The daughter of Caroline, Princess of Hanover, and Stefano Casiraghi, an Italian industrialist, Charlotte Casiraghi is 11th in line to the throne of Monaco. 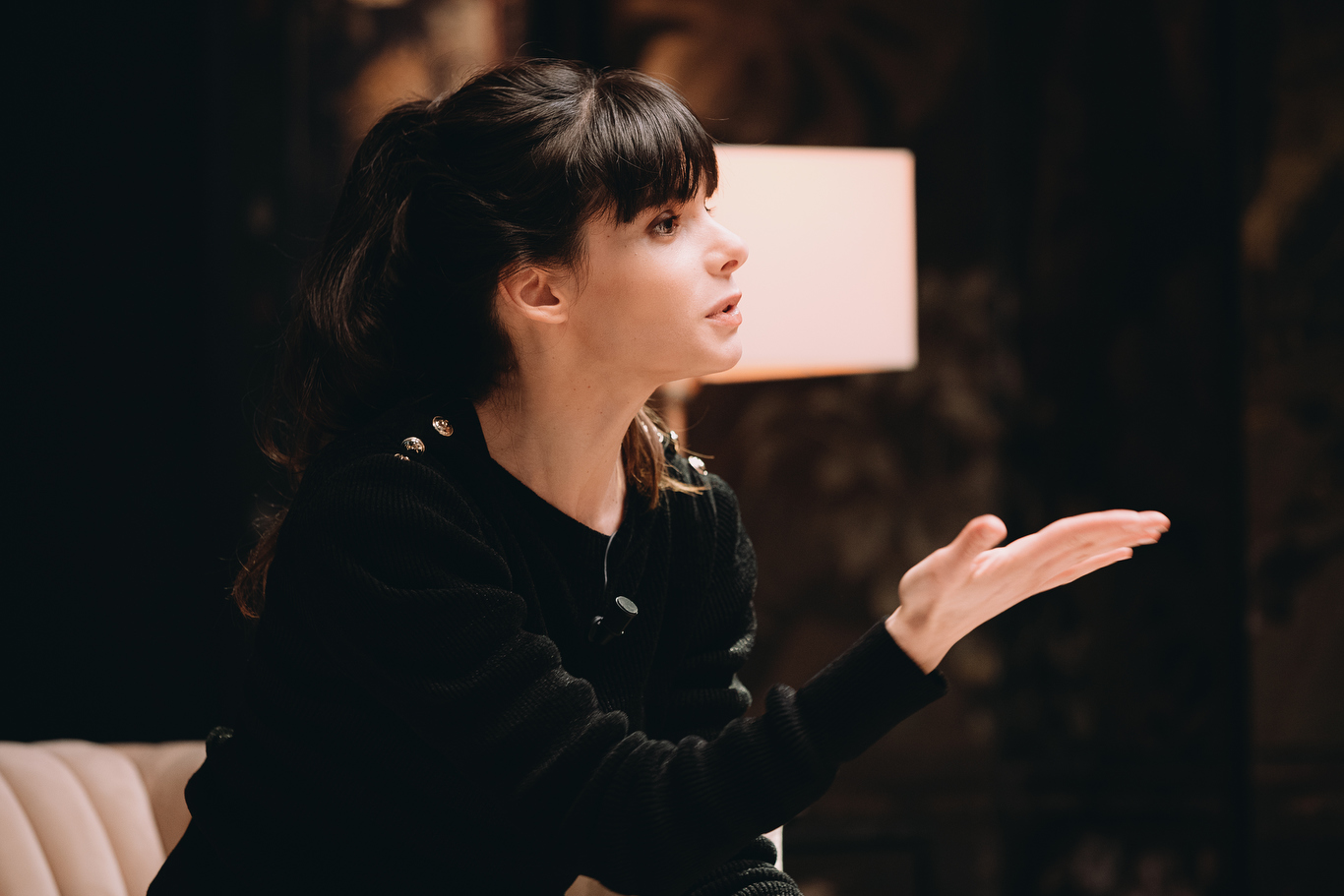 Caroline of Hanover was one of Lagerfeld’s closest friends, and Casiraghi said the late German designer gifted her hundreds of books, and turned her on to a host of important female writers.

“He had a passion for strong women. Some of his most important and favorite figures were Virginia Woolf, Katherine Mansfield and Emily Dickinson,” she said. “About five or six years ago, I received a huge set of all the journals and the correspondence of Virginia Woolf. It was such an amazing gift from him.”

While perhaps best known for her show-jumping career and as the patron of the Monte-Carlo International Jumping event, Casiraghi has a degree in philosophy and a passion for literature and poetry. She is president of the Rencontres Philosophiques de Monaco, an association that she founded in 2015 to celebrate and promote philosophy through monthly, themed events.

She said participants for the next gathering have yet to be fixed.

“For every encounter, we work in depth, and we read so much to be able to really explore the world of the writer we’re inviting,” she said. “It’s not just reading one book, it’s 10 books every time. But it’s great. I love what I do.”

Android warning: All the dangerous apps and scams around this year you need to AVOID