A CLEVER mum has revealed how she built her son a tiny gaming room for just £50 with B&M bargains – so he finally has his own space.

Posting on Facebook's DIY on a Budget UK group, she explained how her nine-year-old shares a bedroom with his brother, four, and was desperate for his own area. 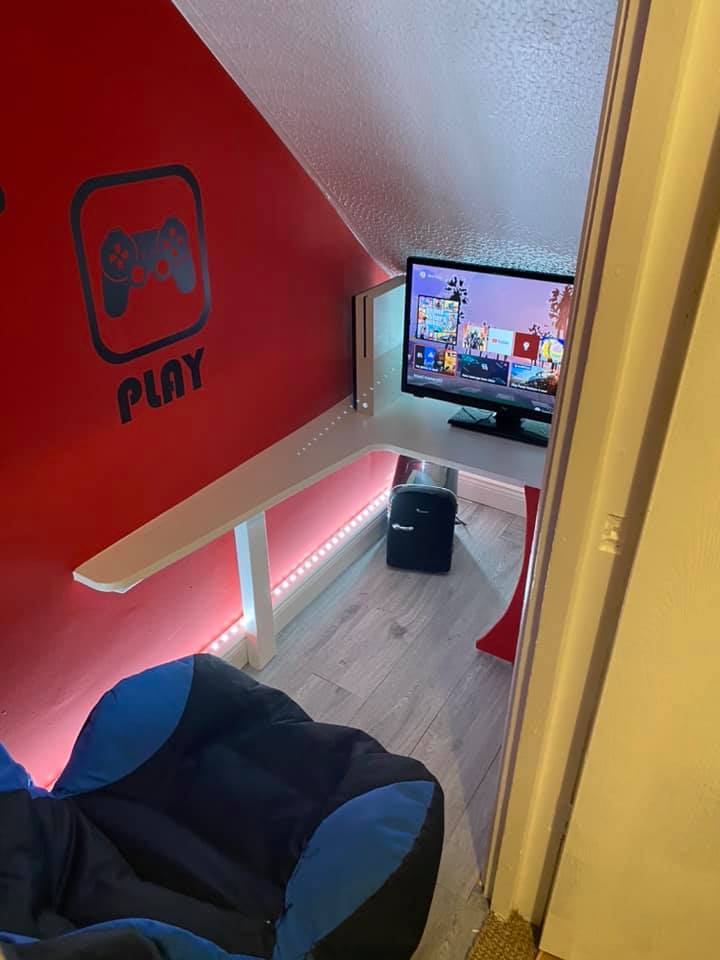 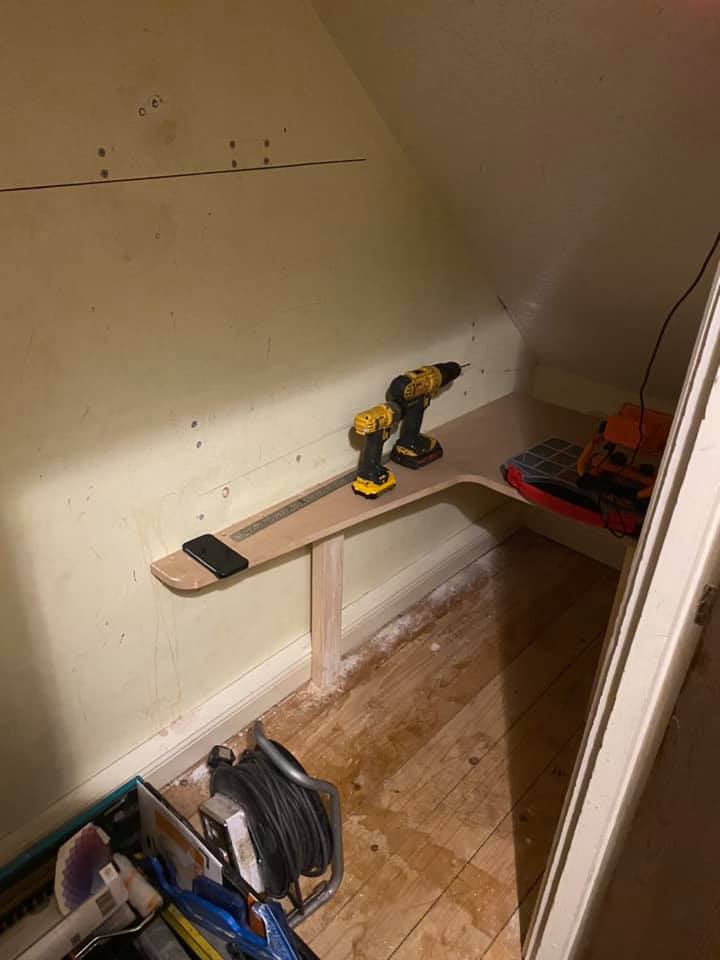 So his parents decided to create him a little snug, building the desk and flooring from scratch.

She explained: "Decided to give my son a room of his own! He is 9 and shares a room with his little 4yr old brother so has no peace or space!

"We built the desk and everything else didn’t cost more than £50!! My son is super pleased he has some space".

She later revealed how she DIY-ed the floor after a trip to B&M. She said: "B&m! Self adhesive floor planks £10 for 7 planks! They are not great but fine for a small space!" 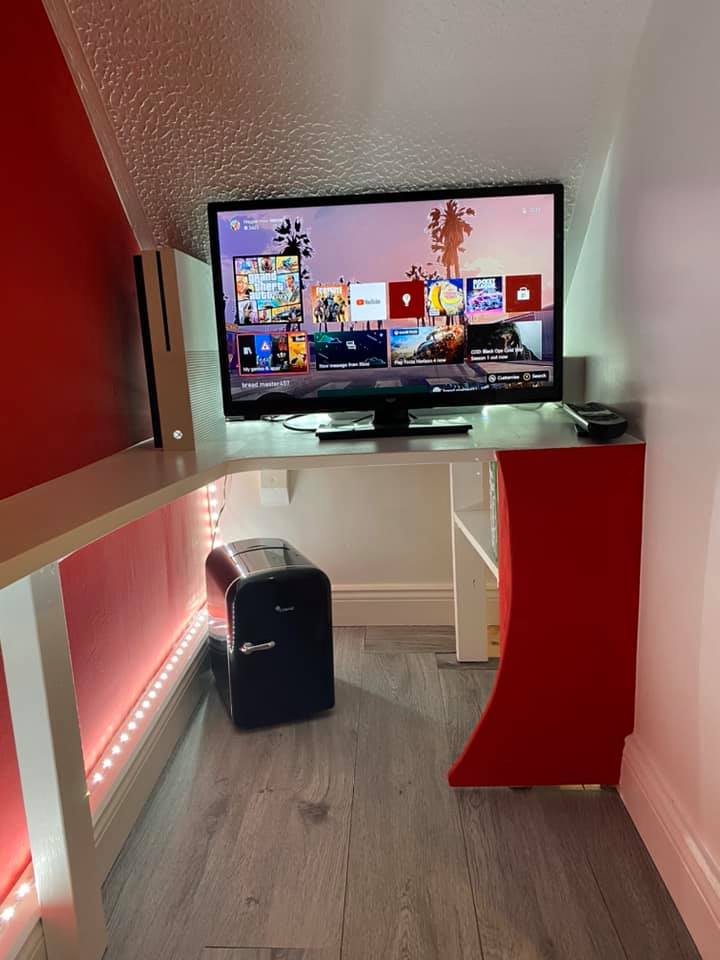 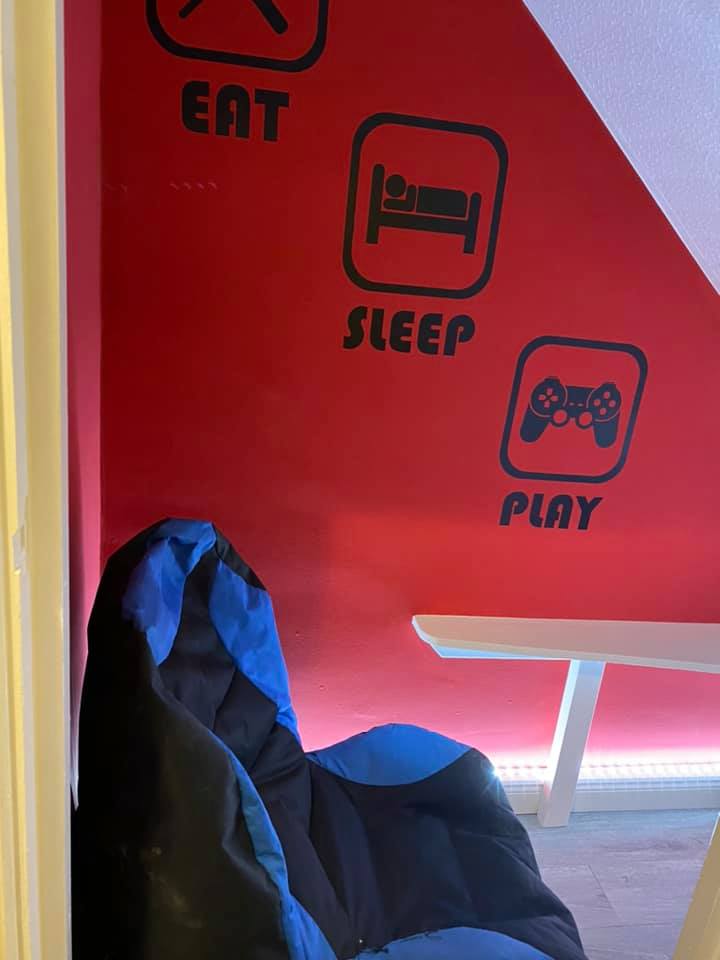 The thrifty Brit also gave her gaming-mad son his own TV, Xbox and bean bag chair.

She added of the chair: "Our neighbour gave us it! It was a PlayStation one and it had a few holes in it! I just sewed them up to get him to his birthday in April when I’ll get him a gaming chair".

Commenting on the post, her fellow mums said: "I think you done a grand job !! My boy would love this !! Top Mum !!" and "He's got one talented mumma". 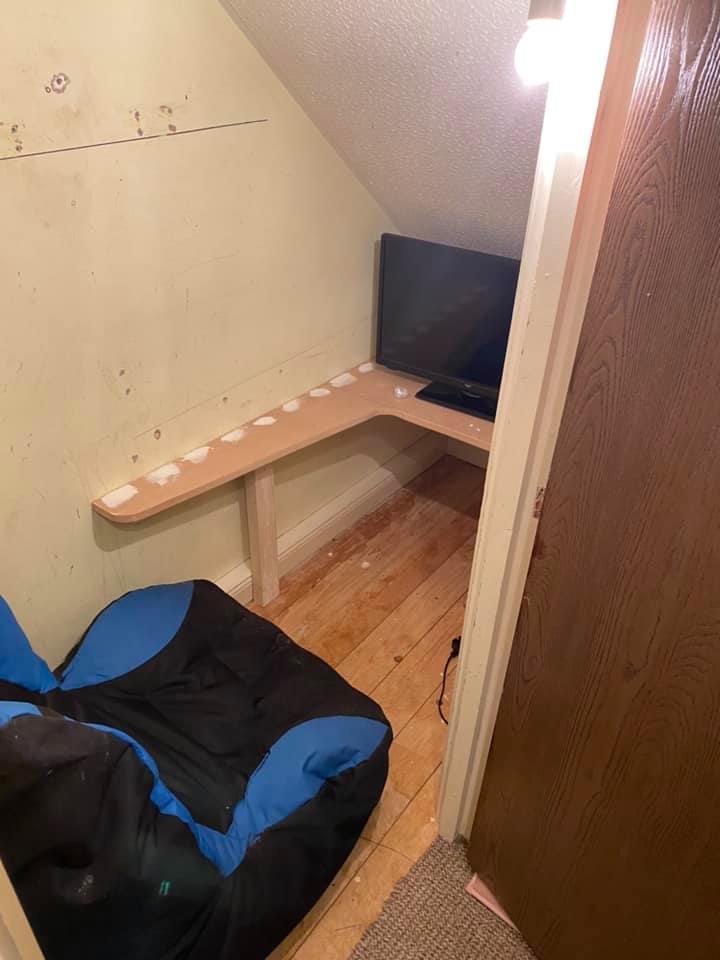 Others gushed: "Lovely job. Well done, you should be very proud of that" and "Looks brilliant! What a great use of the space. Win win for everyone".

But some warned the mum to make sure her lad keeps the door open, otherwise the room could overheat.

We previously revealed how another savvy mum turned a tiny cupboard into an amazing gaming room for her son.