A COUPLE have shared the hilarious moment they surprised their parents with a “secret twin.”

Tom and Brianne Shircliff, from Kentucky, who were already parents to Gavin, four, and Briella Rose, three, kept the fact they were having twins a secret from friends and family. 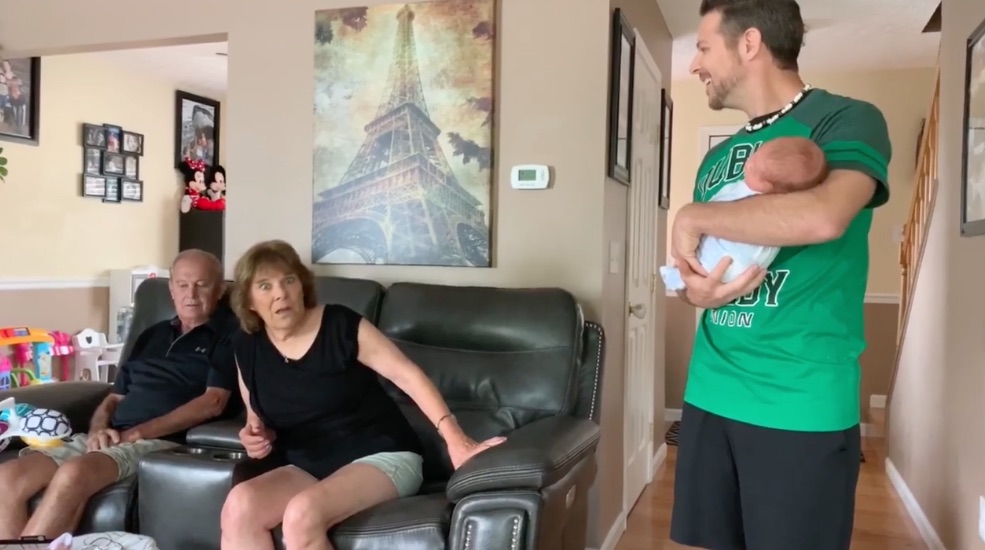 The couple captured Tom’s mum Martha’s hilarious reaction to the second baby on video, as he casually strolled into the sitting room where his parents were already sat with the first twin.

“That’s a real baby!” she exclaims, and after learning he’s her grandson, she adds, “Are you kidding? Does anyone know this? Oh my goodness!”

Brinkley Hope and Ace Leo were born on 13 June, making Tom’s wish to have twins a reality.

Sharing the news on Facebook, the dad explained that he had hoped to have twins after losing a baby last year. 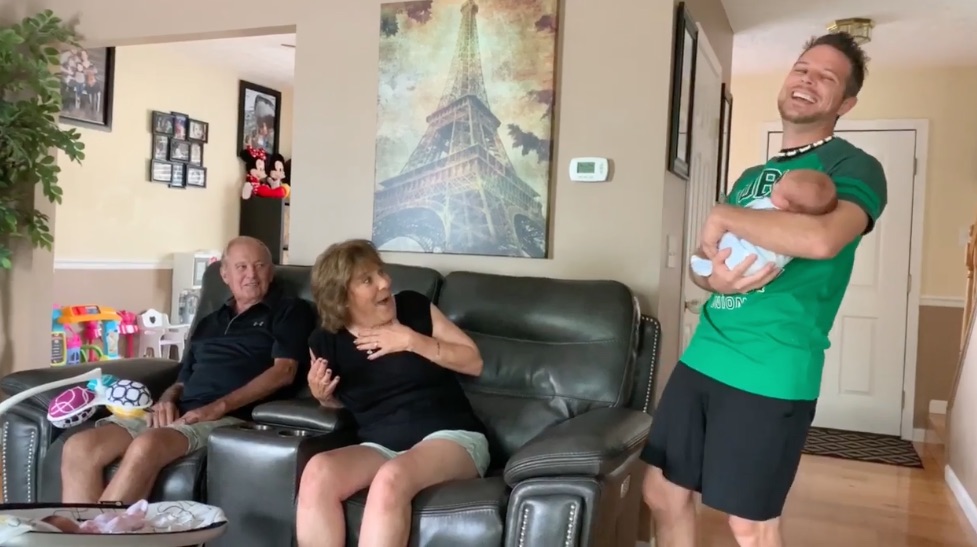 He said: “In 2019 we lost our baby boy approximately 5 months into the pregnancy.

“While that was the worst day of our lives, we never gave up ‘hope’ of continuously trying to expand our family.

“I have no doubt that our baby boy in Heaven has been watching over us each day & played a part in blessing us this year with twins!”

He added: “To top it off, while some family & friends knew Brianne Shircliff was pregnant, not a single one of them knew it was with twins. 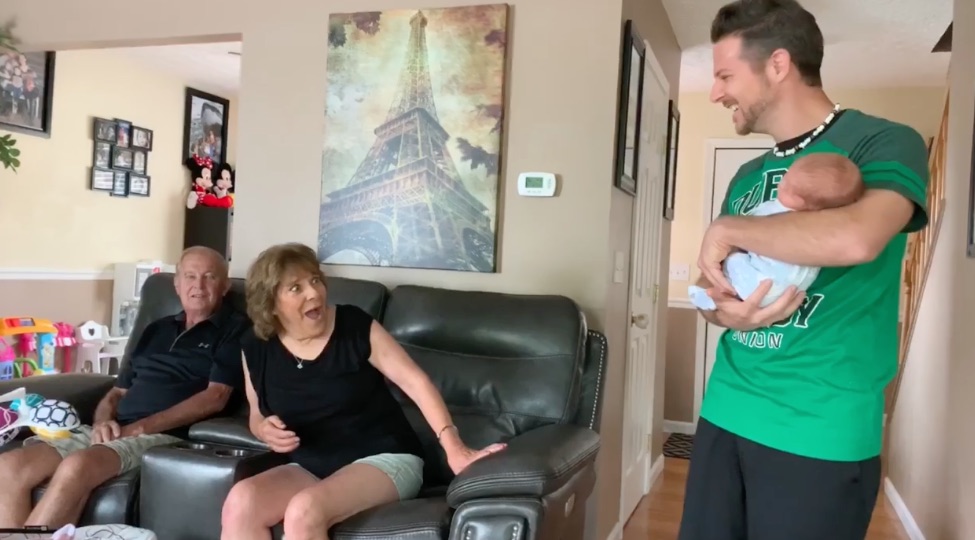 “Since visitors weren’t allowed at the hospital due to COVID restrictions, the exciting twin news wouldn’t be revealed until family/friends witnessed the surprise firsthand during visitation at our house or via video chats. Reactions were priceless to say the least.”

The dad revealed that the twins were kept in the NICU for several weeks after they were born prematurely, with Brinkley born with a knot in her umbilical cord while Ace was breech.

But the newborns have made a full recovery and are now enjoying being “snuggled” and “spoilt” by their family back at home.

Tom added: “So proud & happy to be the parents of Brinkley “Hope” (in honor of our baby in Heaven) Shircliff & Ace Leo Shircliff.”

In other parenting news, this mum-of-ten has opened up about her manic life including 4:45am wake up calls.

And one mum-of-four revealed her HUGE lockdown laundry pile that built up over two months – after she couldn’t be bothered to fold clothes.

Plus trolls told this mum her kids would be "traumatised" after they helped to deliver her baby.

Hold onto your jewelry: Police in Vancouver, Abbotsford warn of spike in ‘distraction thefts’

Anonymous Oscar Ballot 2021: This Publicist Never Logged on to the Academy Screening Portal