A CREATIVE mum who refused to fork out £16 for a ‘quarantined’ Elf on the Shelf in a balloon for her daughter decided to recreate it herself – using a CONDOM.

Sapphire Grimes-Williams loved the idea of letting her daughter Alayla Kelly pop a balloon with the toy elf inside after a two-week quarantine period, but was horrified at the price. 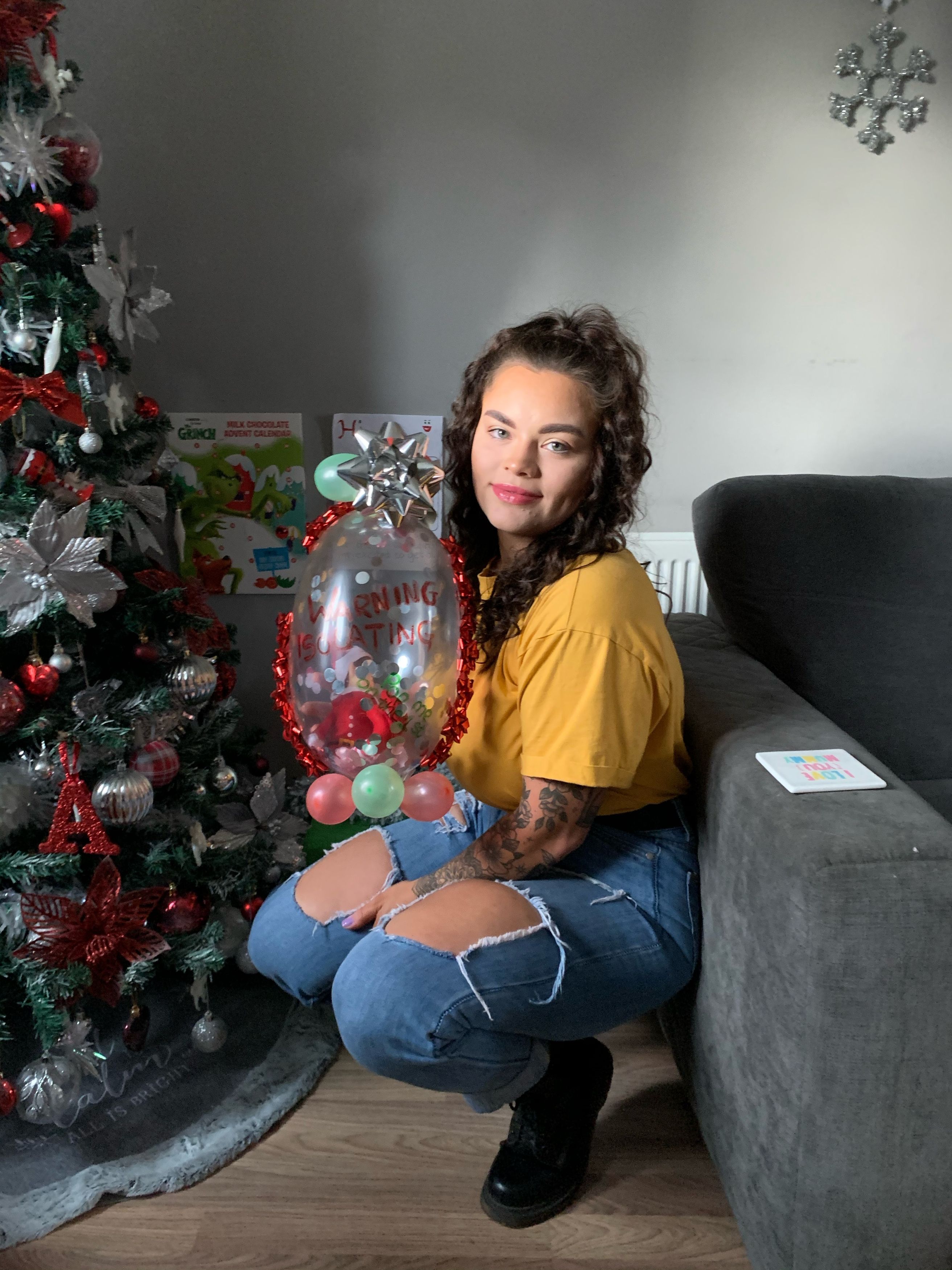 After trying to recreate it herself with a balloon and finding the elf’s head simply got stuck, the 24-year-old tried instead with a fresh condom and was thrilled when the full toy slipped easily inside.

The mum had considered buying larger balloons online but claims the delivery date would have been too late, leaving her with no option but to use the contraception instead.

The condom stretched into an enormous balloon with the elf safely contained inside – although Sapphire admits the latex was ‘slimy’ and she had to give it a good wash.

Photos show the condom looking unrecognisable blown into a large dome shape and decorated with sequins, smaller balloons and bows – with Sapphire writing ‘warning, isolating’ in big red letters on the side. 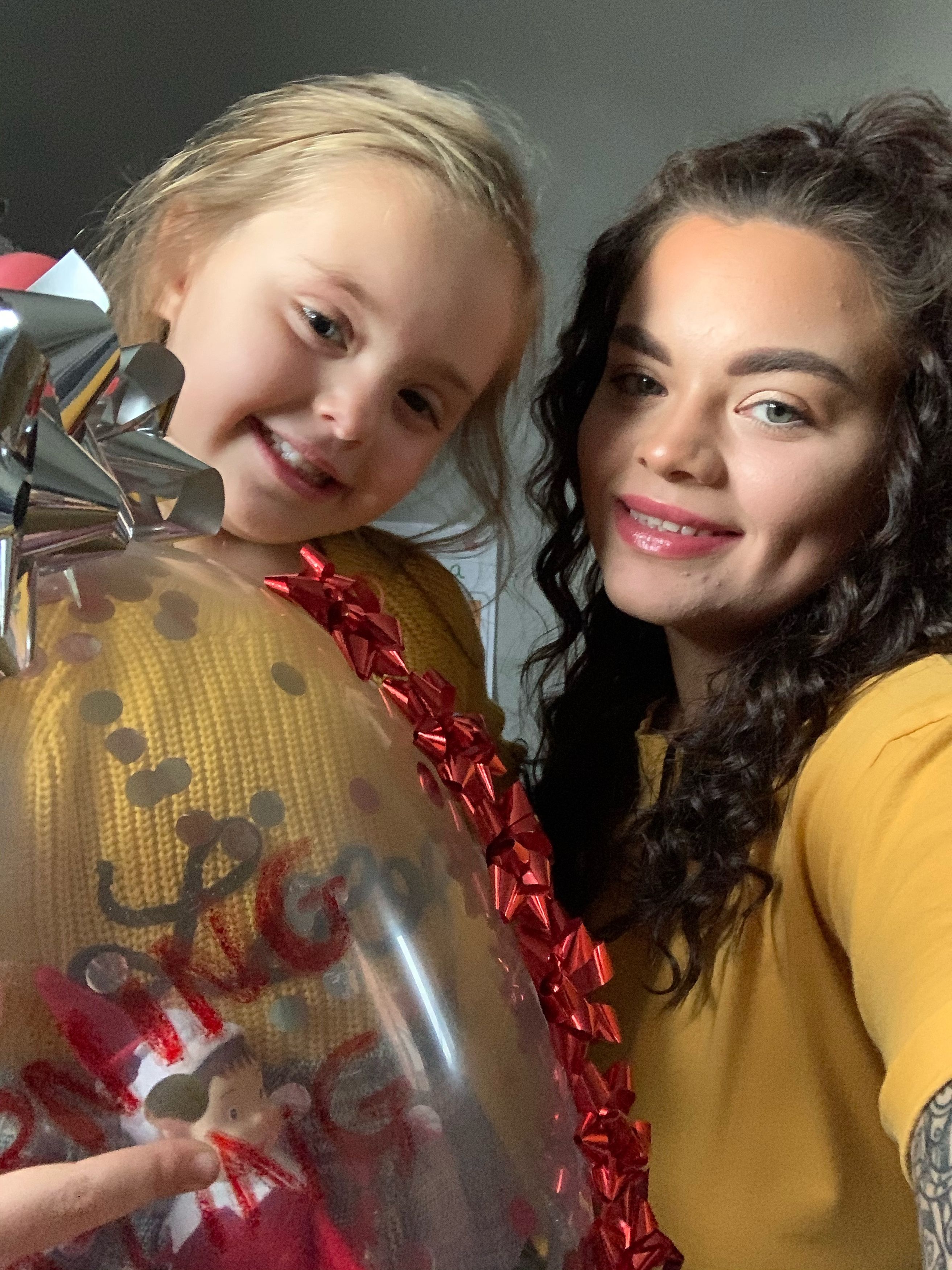 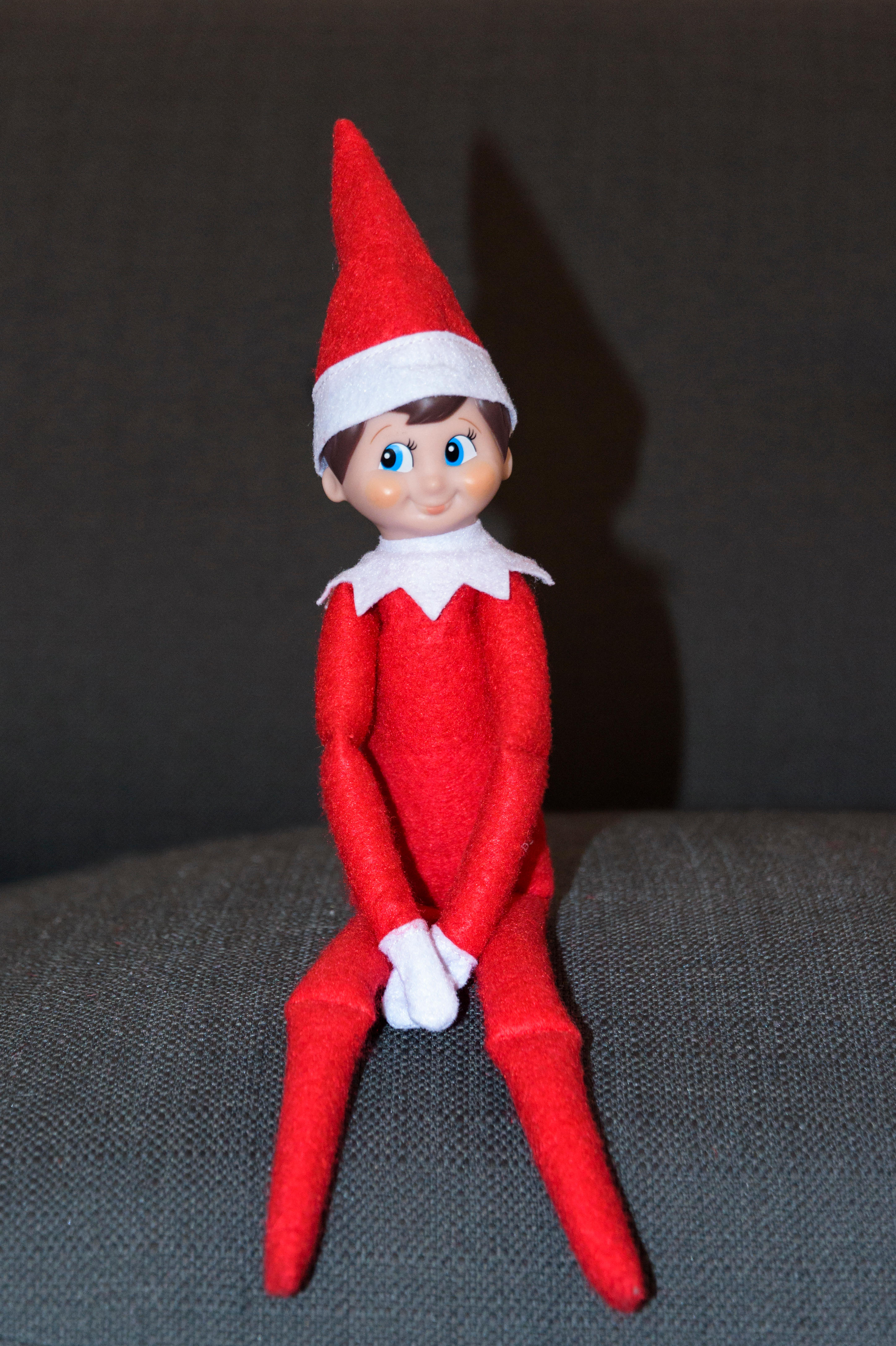 The five-year-old was thrilled when she saw the return of the Elf on the Shelf, and now the mum-of-one is looking forward to thinking up new mischievous activities their elf can get up to once the condom is popped.

Sapphire, from Shrewsbury, Shrops, said: “I’m a bit overwhelmed by the attention I got. I wasn’t expecting it at all.

“My sister was like, ‘to be honest with you, it is an absolutely amazing invention’ but my family are used to me doing things like that. I wasn’t expecting that reaction.

“We did Elf on the Shelf last year – a bit late because I wasn’t going to do it. She remembers some of the things we did and thought it was really funny. 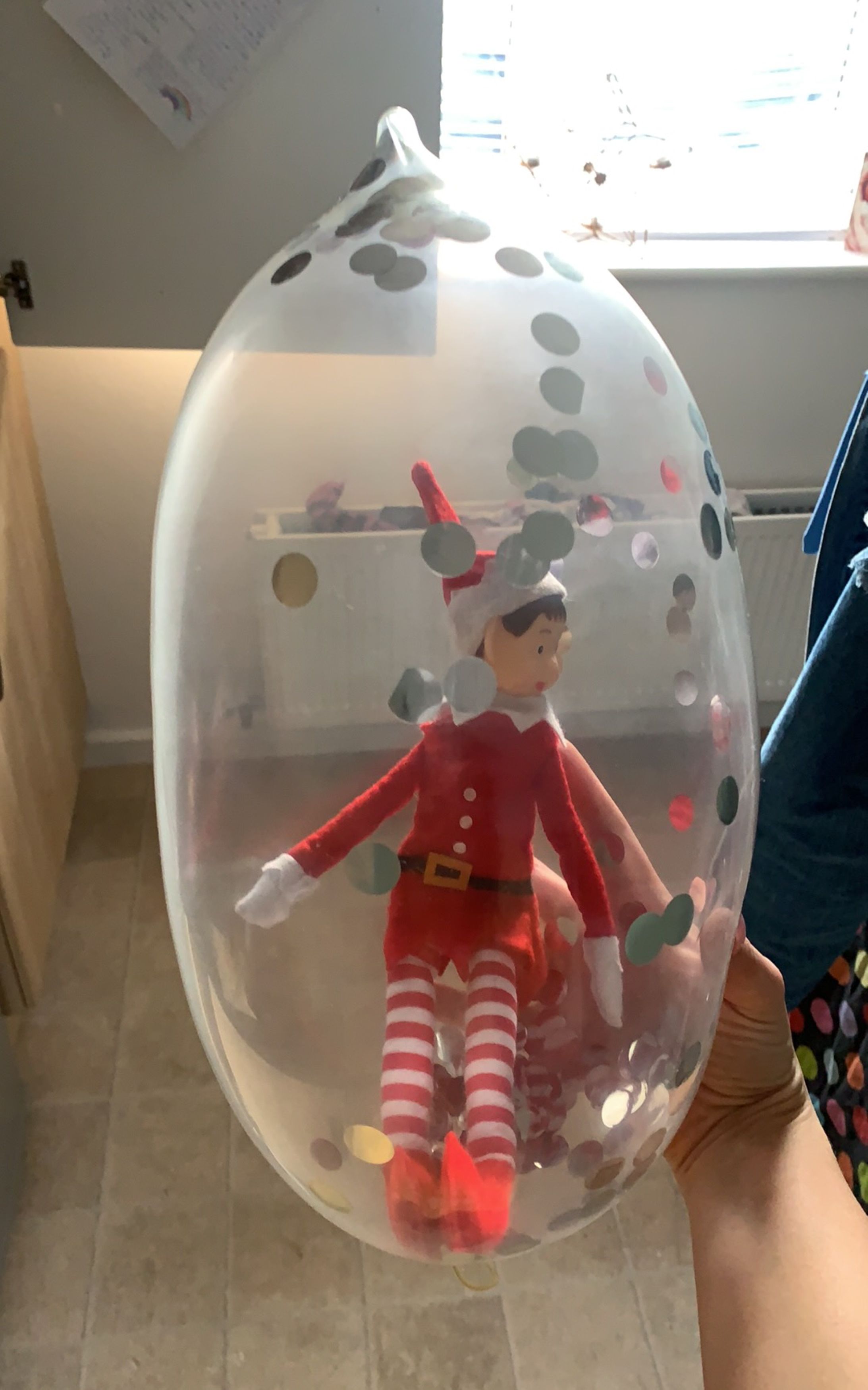 “I wasn’t sure if I was going to do it again this year as I just couldn’t be bothered. I saw someone advertising them and selling them properly. I thought they were amazing and I wanted one.

“I messaged that person and they were charging £16 and I was like, ‘I am not paying that’. It’s a lot of money just to pop a balloon on December 1.

“It was a balloon with the elf in there and blown it up. You can get really big balloons online.

“I was going to order one and do it that way, but it would have gotten here on the 25th November so it was too late.

“I had to think really quickly. That’s what came to my mind [to do] a condom. It was the only thing I had in the house at the time. 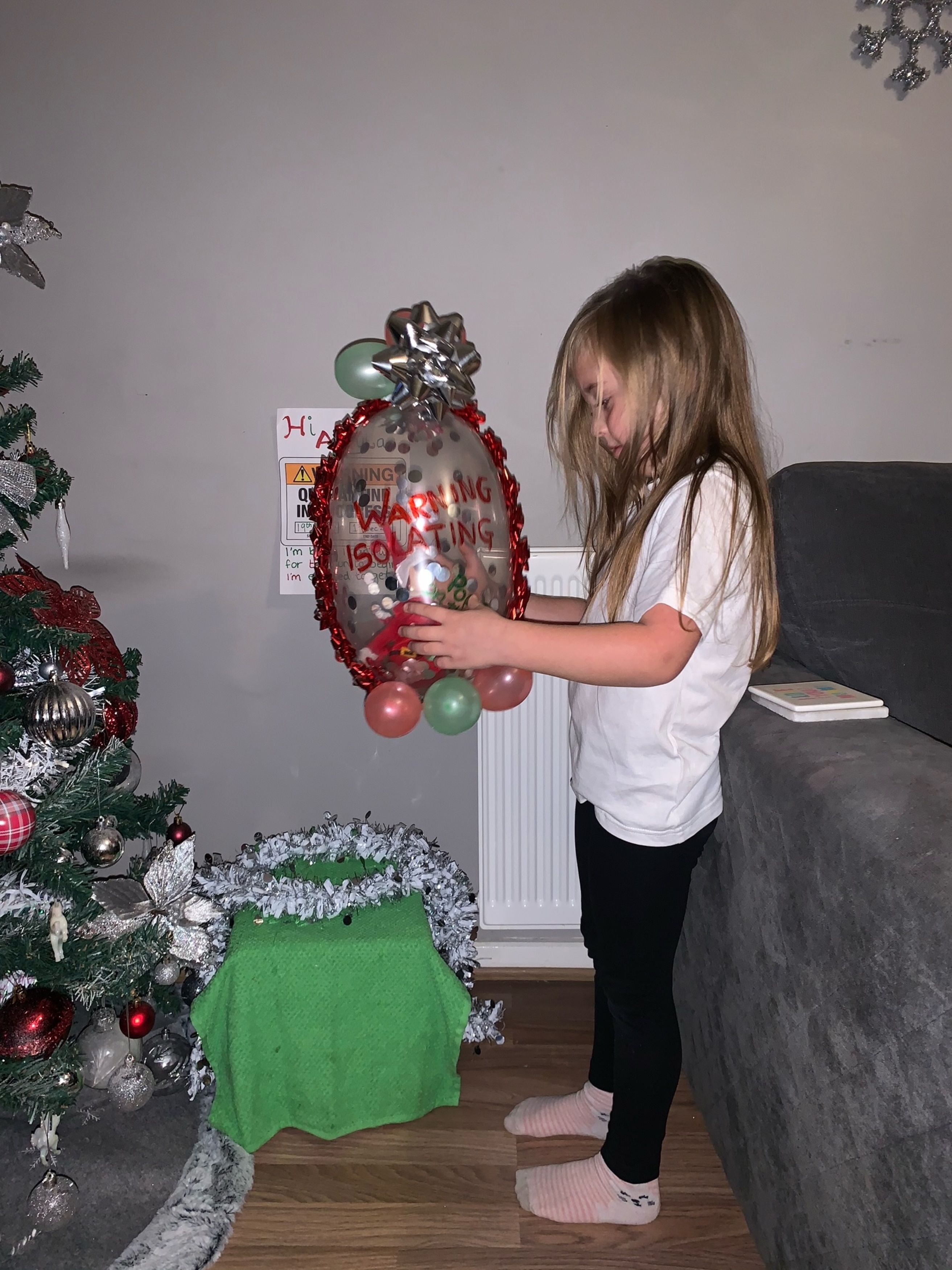 “I had been out and bought normal balloons but I physically couldn’t get the elf’s head in it. I have a really funny photo of the elf with his head sticking out of the balloon.

“His whole body could get in apart from his head. It looked quite funny but I physically couldn’t get the elf in.

“I thought about using a jar but I liked the idea of my daughter popping the balloon on the day. It just wouldn’t get in the balloon so [I had to use a condom].

“I used a couple because they were breaking as I was putting it in. It went in. It was quite easy actually. I was quite chuffed.

“It went into the condom really easily. I was quite surprised about it, but it worked.

“I didn’t really think of it being a funny idea but I sent it to my sister and she said, ‘Sapphire, that’s absolutely amazing’.”

WHAT IS ELF ON THE SHELF?

Elf on the Shelf is a toy which is sent by Father Christmas to watch over little children and make sure they're behaving properly over the festive period.

Parents are supposed to move the puppet around the house each day to create the illusion that he is popping up somewhere new and always reporting back to Santa.

The Elf on the Shelf tradition originated in the States, where the arrival – and movement – of the small Christmas dolls are a big topic of conversation.

Sapphire claims Alayla loved the balloon when she woke up last week to find the elf waiting for her in its condom quarantine.

She shared pictures of her creation online revealing the creative use of the condom – and got more than 3,000 likes and comments on the post.

Sapphire, who works as a personal assistant, said: “Her reaction was brilliant. I put it down in the evening and she woke up to it in the morning, and all I heard from her was, ‘mummy come here now’.

“I read out the letter to her and she was like, ‘mum, do we get him out now?’. I said, ‘no baby, he’s got to stay in there because he needs to self-isolate’. 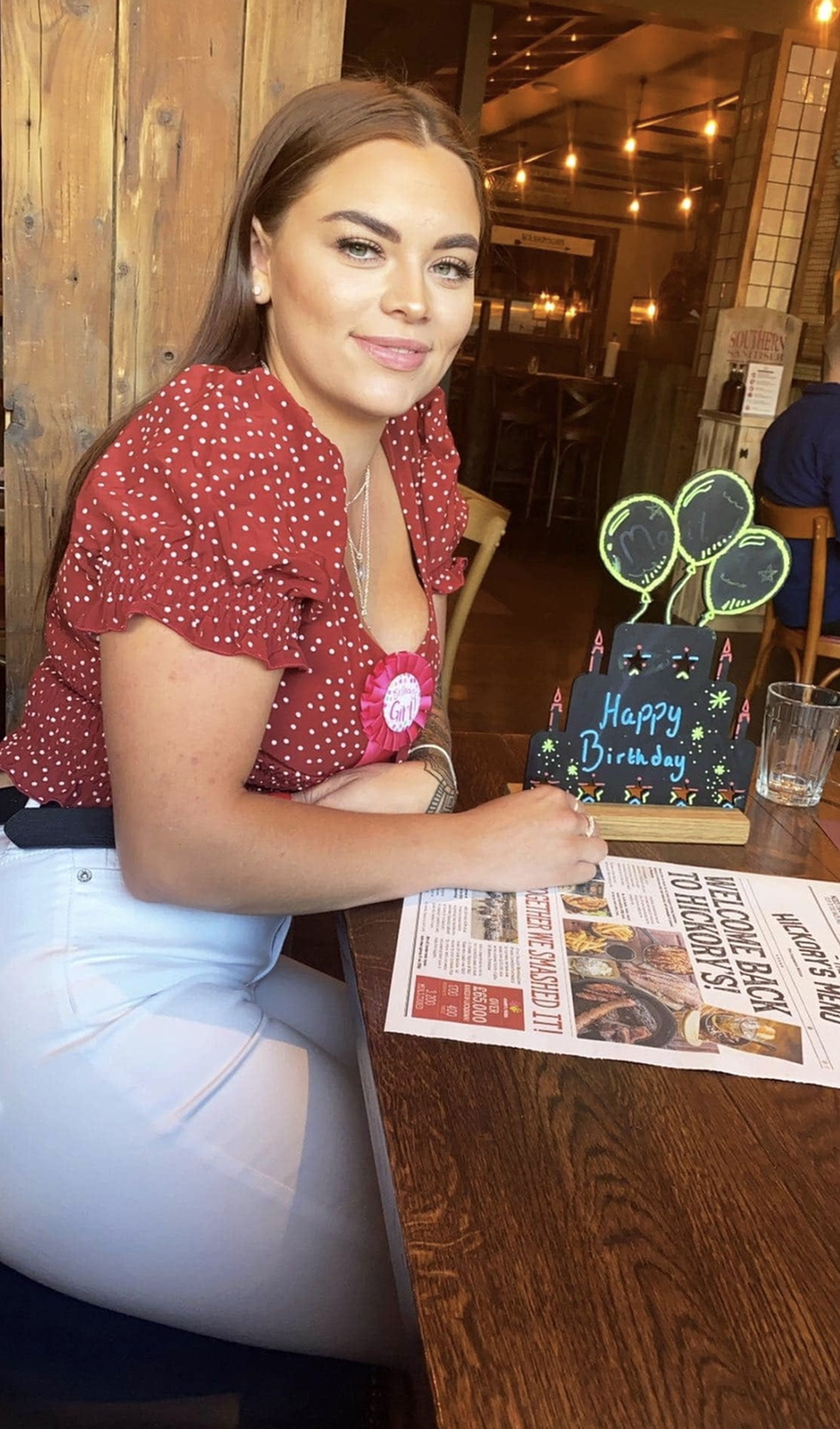 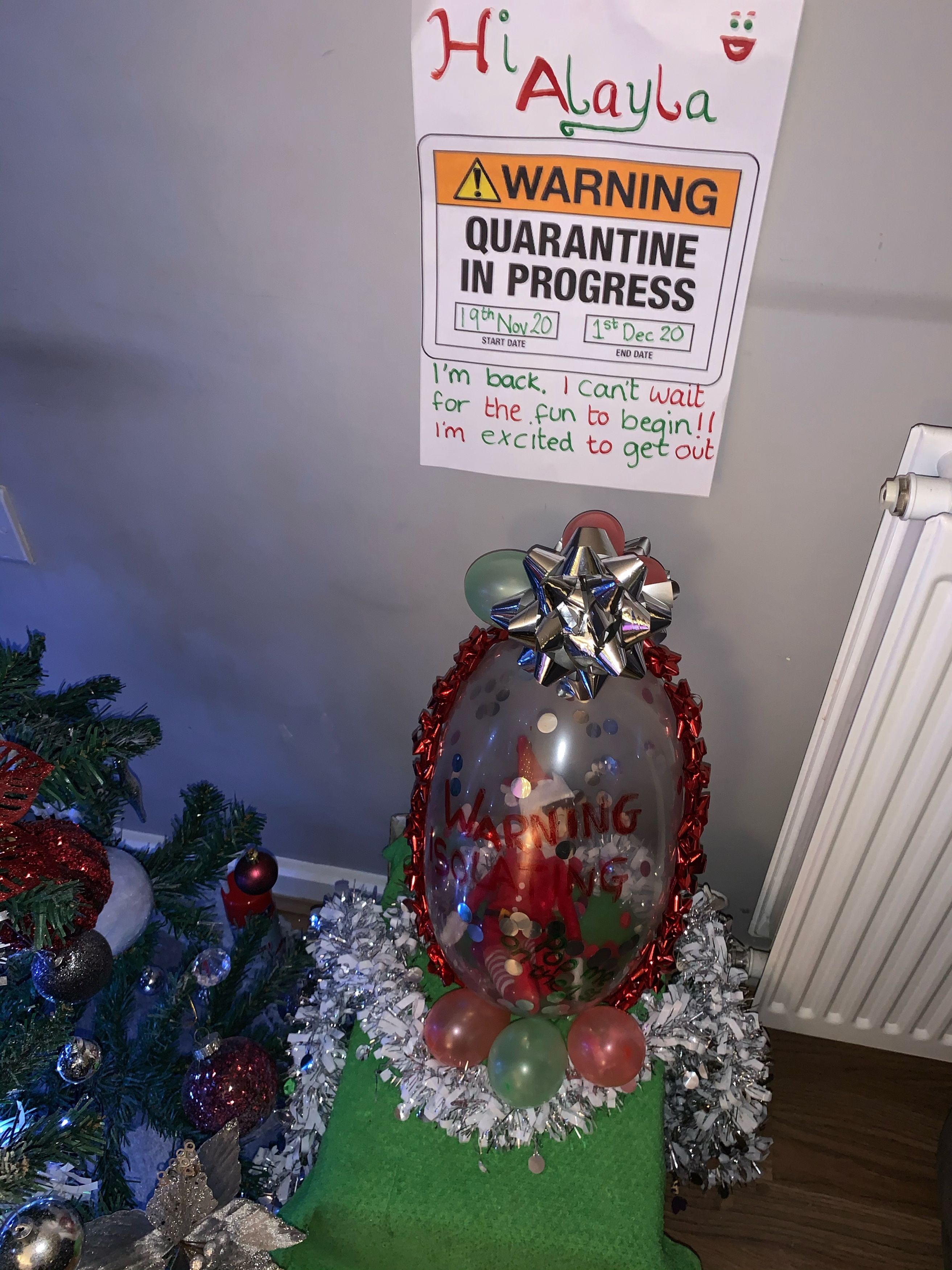 “She has picked up on the virus quite well so she understands he’s got to stay in there because he’s come from the North Pole. He’s got to isolate.

“A lot of people are just saying how ingenious and clever it is. A couple of people have asked if it was slimy for my daughter to touch, but I’ve clarified I’ve washed the condom first.

“It’s been a really good response. I thought, with a child touching a condom, there would be a lot of mixed reviews from people asking why I let my daughter touch a condom, but obviously to her it’s a balloon.

In other festive news, people were left in hysterics after this woman made her very own Christmas gonk that looks VERY rude.

And B&M released a Christmas range to rival John Lewis for half the price – but can you tell the difference?

Plus festive fans were putting up their Christmas decorations way back in October – but how early really is too early?

Larissa Lima: Eric and I Broke Up! I’m Going Back to Vegas!