Avalon Garvey, now 19, was in sixth form in Bradford, West Yorkshire, when she first met older man Doug Traser, from San Francisco, California, in an online forum in June 2016. 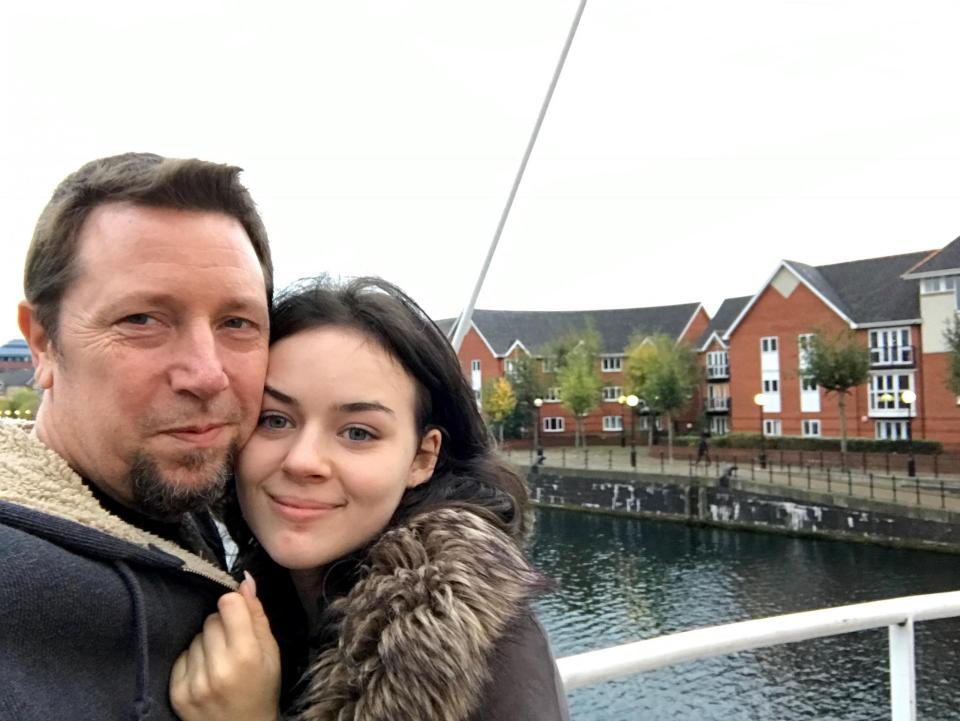 But, despite their age difference, the pair immediately hit it off, discussing their love of music.

Avalon, currently studying her first year of fine art at university in York, North Yorkshire, said she was seeing someone her own age when she first met Doug.

“For three years I had seen this person, but I wasn’t really into it and so I eventually ended things with this boyfriend,” she explained. 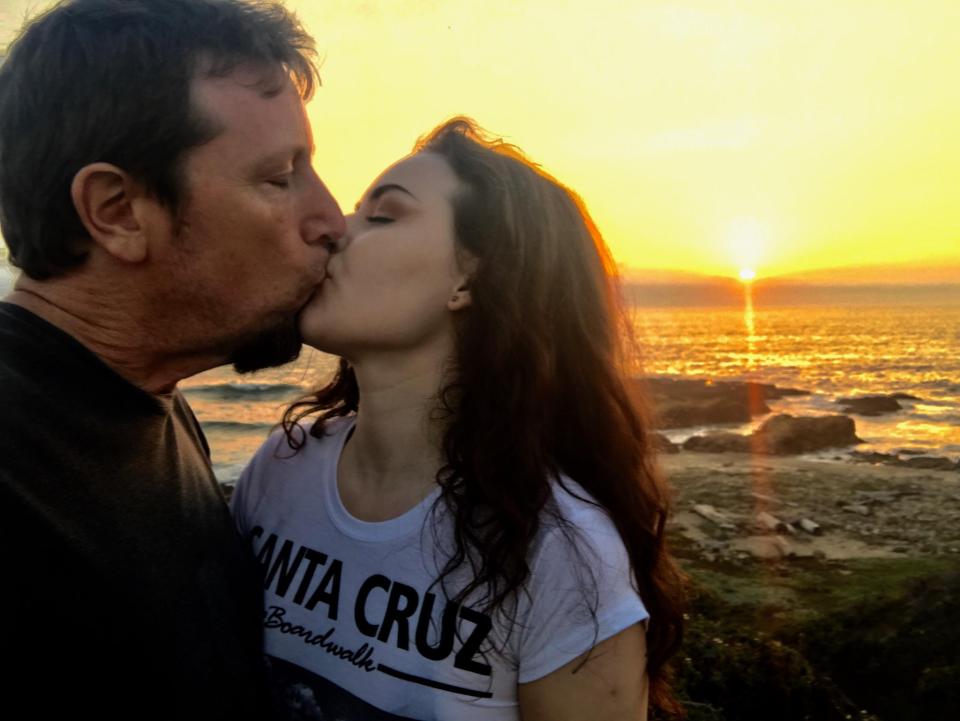 “It was going down a rocky path. It was very difficult to tell them I wasn’t seeing them anymore.”

Doug, who works in IT, was honest about his age and location – around 8,500 miles from Bradford.

“When I first messaged him, he confronted me with his age and straight away and told me he had kids,” she explained.

“So, I did know about his age straight away, but it was never intended to be anything but a friendship.

“We were just looking for some kind of escape." 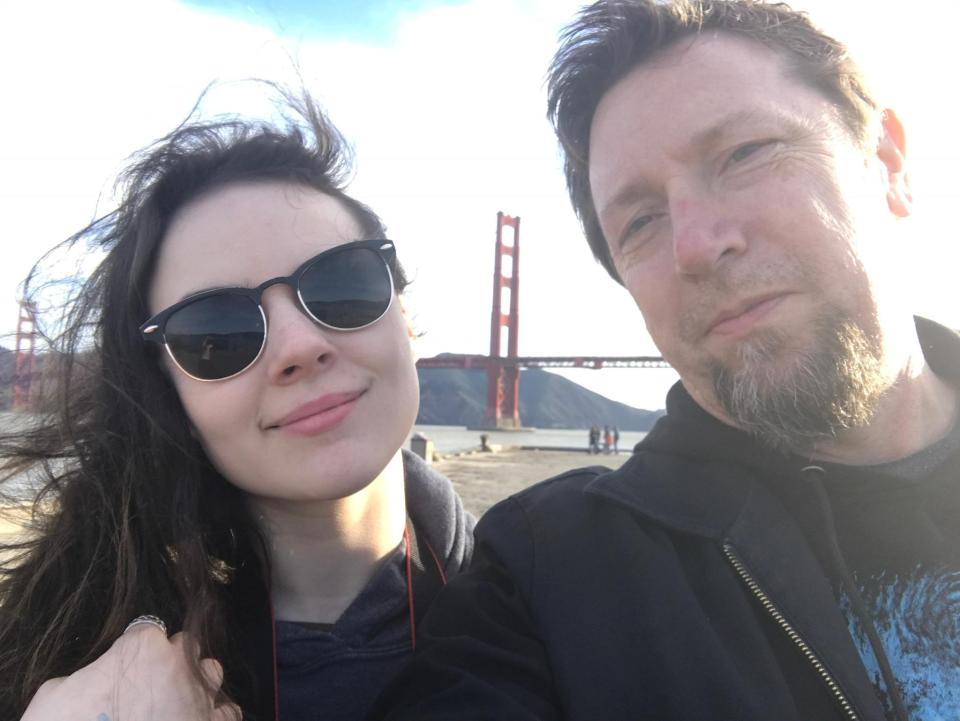 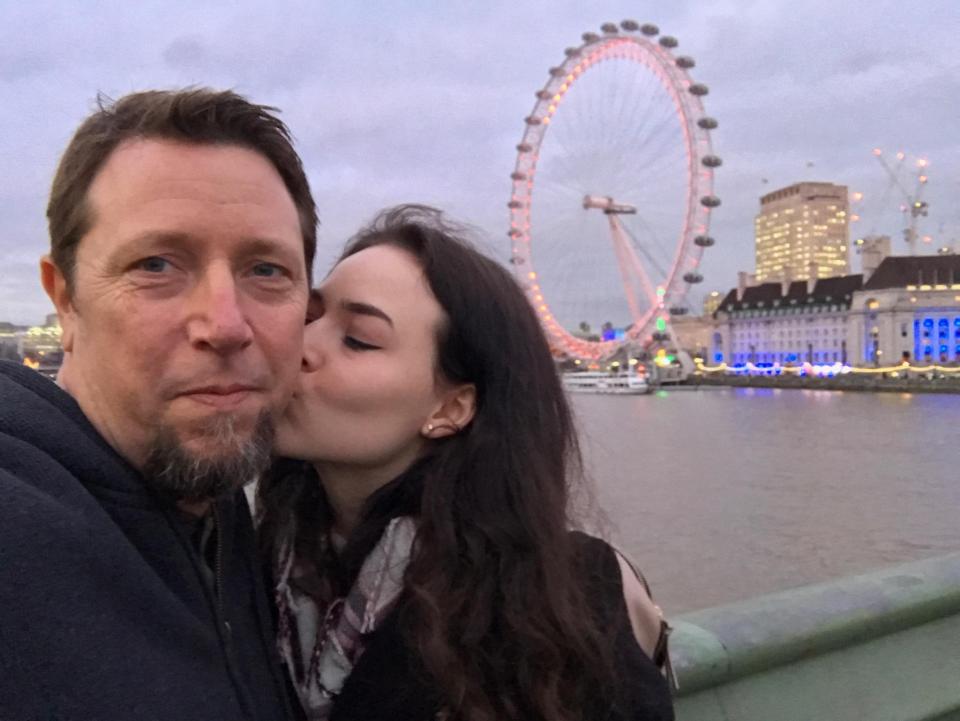 She continued: “But we just found each other, and now – here we are, years later, and so happy.”

A few months after they began chatting online, Doug flew to Leeds, West Yorkshire, where he met 17-year-old Avalon.

For Avalon, it was love at first sight – and they had sex for the first time on that trip.

“I knew I loved him as soon as I saw him, she explained. 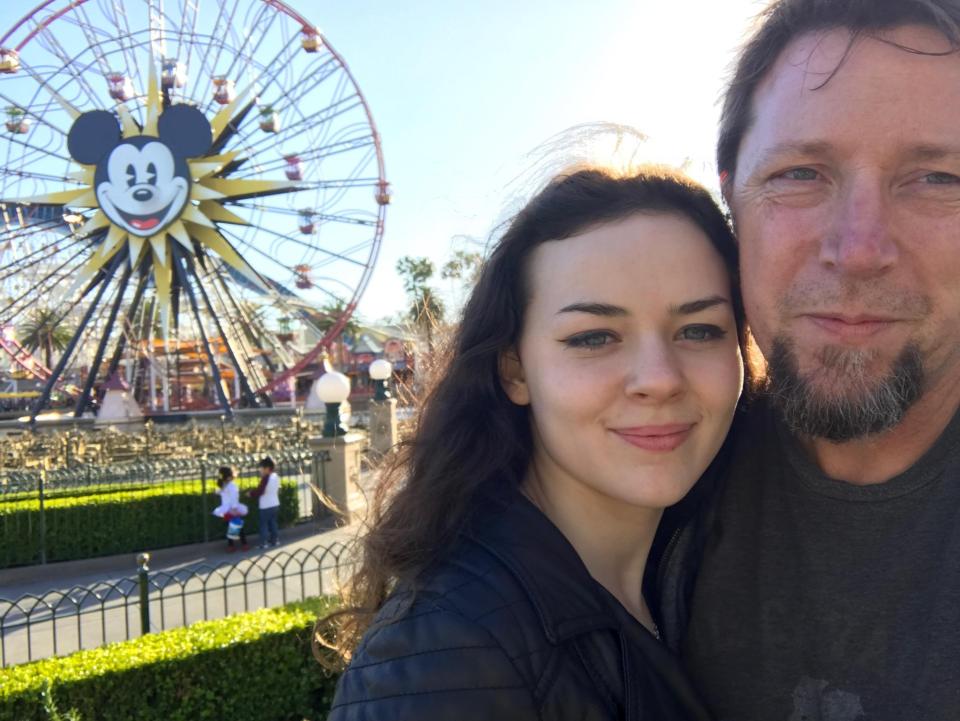 And describing their sex life, she said: “When we are together it is extravagant, it is good.

“He knows what he is doing, I am happy.”

Now the couple meet every other month, with her flying to California and him to the UK. 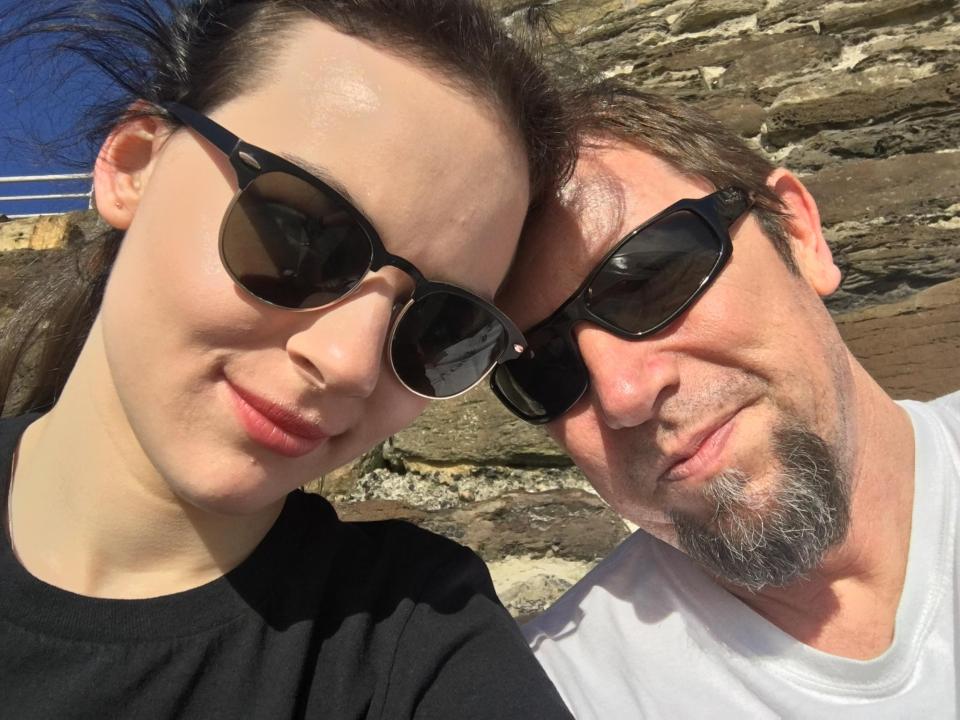 Her mum has met and likes him, and she has been introduced to his children from his two previous marriages, who are aged 24, 22, and 12.

“At first there was a lot of judgement,” she said. “At uni I didn’t know anybody and I decided I was going to be 100 per cent honest. 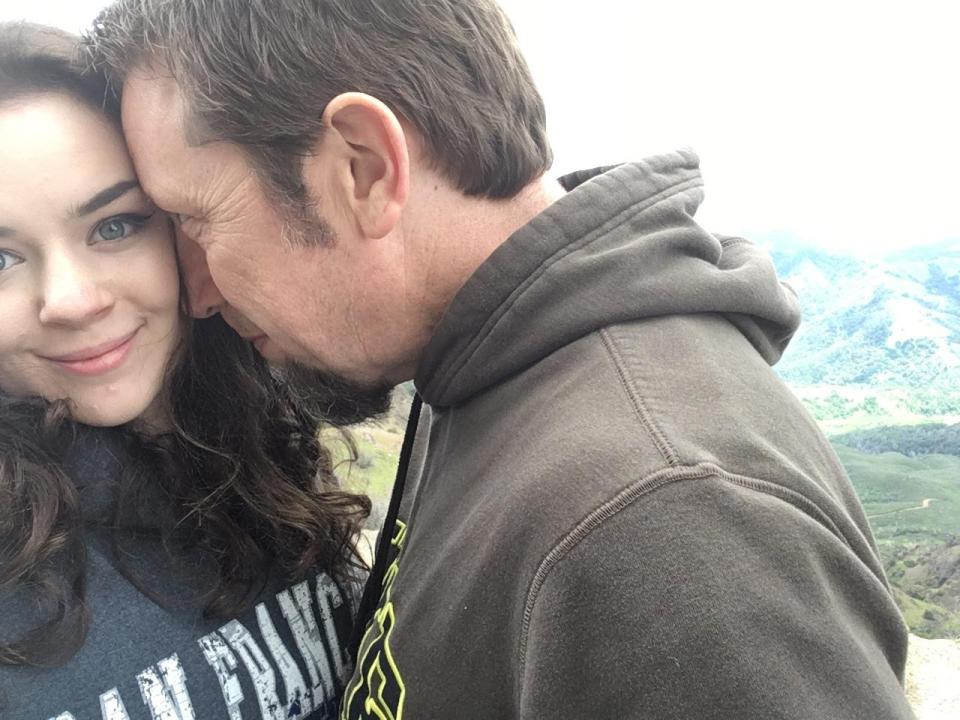 Happily, her friends at university have met and like Doug.

“They went on a night out, he was there and it wasn’t awkward at all,” she said.

But he has, on occasion, been mistaken for her dad.

“There was one time, we were in California, and I was giving a waitress a tip. She said ‘is that your dad?’

“But I don’t care what people think. It’s my relationship, it is not a random person’s relationship.

“I get stares and I will rub it in their face and give him a cuddle. I am happy so why does it matter what anyone else thinks?” 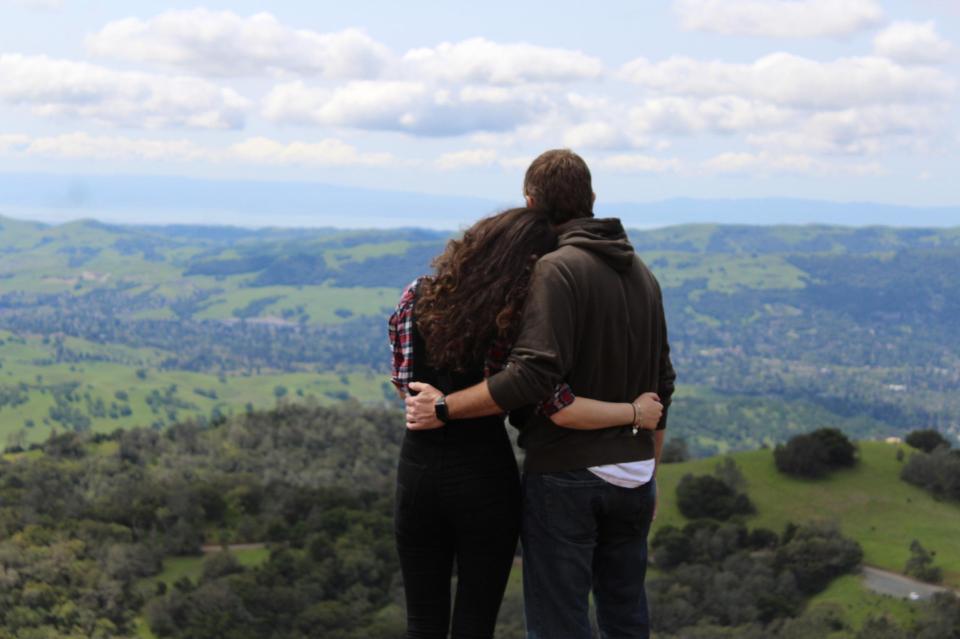 Next year, as part of her university course, Avalon will travel to study at Portland Northwest College of Art in Portland, Oregon, little more than an hour's flight from Doug.

She is looking forward to it. “It’s an amazing opportunity, but it seems like fate too,” she laughed.

Doug added: “We want the world to know that our relationship is something absolutely wonderful to us.”

Previously we told how a teenager married a pensioner two weeks after meeting her at a funeral – and said their sex life was fabulous.

And a 38-year-old woman had a baby with a  77-year-old – after he sneakily shed a decade off his age.