Home » Fashion » Eating bread will NOT make you fat or stop you from losing weight, says no nonsense fitness guru

BREAD always gets a bit of a bad rep when it comes to weight loss.

Some say it leaves them feeling bloated while others are convinced it contains too many calories. 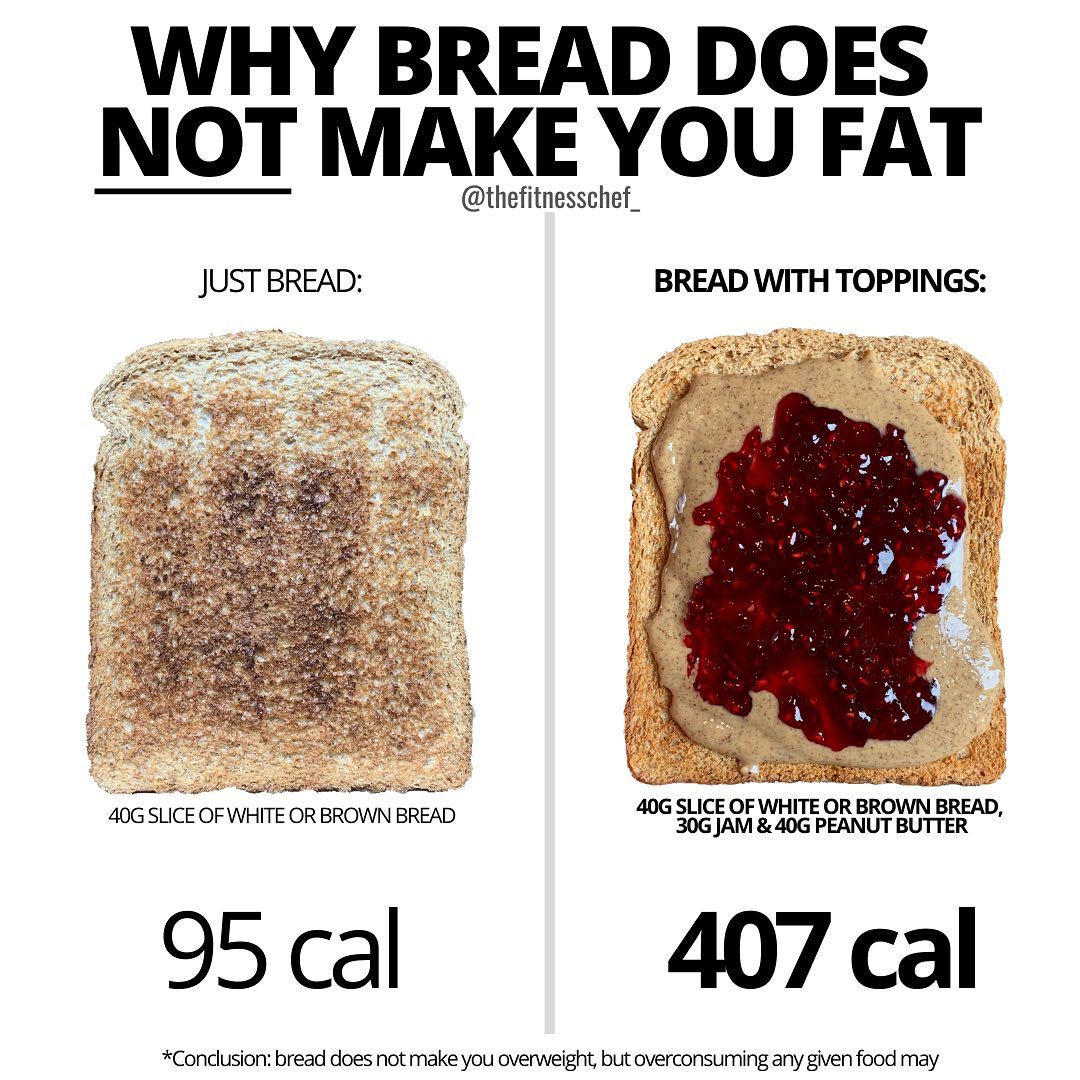 The result? Bread ends up getting cut out of the diet completely.

But a nutrition expert says that there's no need to fear the humble loaf.

In fact, no nonsense health and fitness guru Graeme Tomlinson – better known as The Fitness Chef – says bread doesn't make you fat at all.

Explaining the theory in his latest Instagram post, he said: "When trying to reduce or maintain body weight, many continue to assume that bread must be abolished from their diet. ⁣

"In terms of energy, there is no difference between white or brown bread.

"And whilst the latter contains more fibre, which may increase satiety (the feeling of fullness), one would be better placed to evaluate total ingredients consumed with bread in order to determine a more holistic perspective.

"Not least because bread is rarely consumed alone. "

So, essentially what he means is that it's not the bread itself that we need to focus on when it comes to calories, but what it's paired with instead.

To demonstrate this, he shared an infographic of a slice of bread at 95 calories compared with a slice topped with 40g of peanut butter and 30g jam.

These additional ingredients take the calories up to 407 calories.

Graeme said: "In this example, smearing on a few of generous knifes of peanut butter and jam – components of a ‘hearty’ PB & jelly sandwich – more than quadruples the total calorie content of the consumed food.

"Consequently, all of a sudden the debate is not about consumption of bread in the first instance, or it’s colour in the second. ⁣⁣

"Adding an often invisible 10g of butter to a warm slice of bread will result in the calorie value of the ‘bread’ increasing from 95 calories to 169.

"Thus, though it’s visibility is dormant, it is the butter that nearly doubles the calorie value of what we often perceive as the consequence of ‘eating bread’."

He added: "Standing alone, bread is merely one calorie variable.

"Using the examples shown in my graphic, there can be multiple additional calorie variables.

"The quantity of additional variables will influence the overall calorie value of that eating episode.

"Bread may not be the problem after all. "

He went on to explain that the theory applies to other foods – not just bread.
⁣
"This principle can be applied to one’s rationale when assessing and addressing their overall diet," he says.

"In doing so, one can move away from unwarranted demonisation of a food which can be utilised as energy like any other. ⁣

"Of course, one may over consume bread. But unless their diet comprises of only bread, this is a mere contribution to a bigger sequence of variables."

"A calorie surplus over time results in weight gain, not bread."