WEIRD videos are not hard to come by on TikTok, but one bizarre new trend has seen people attempting to deep fry water in hot oil.

Why exactly? We're not so sure. It doesn't really seem to have a point to it and experts have now warned that we definitely shouldn't be trying this at home, as it's actually incredibly dangerous. 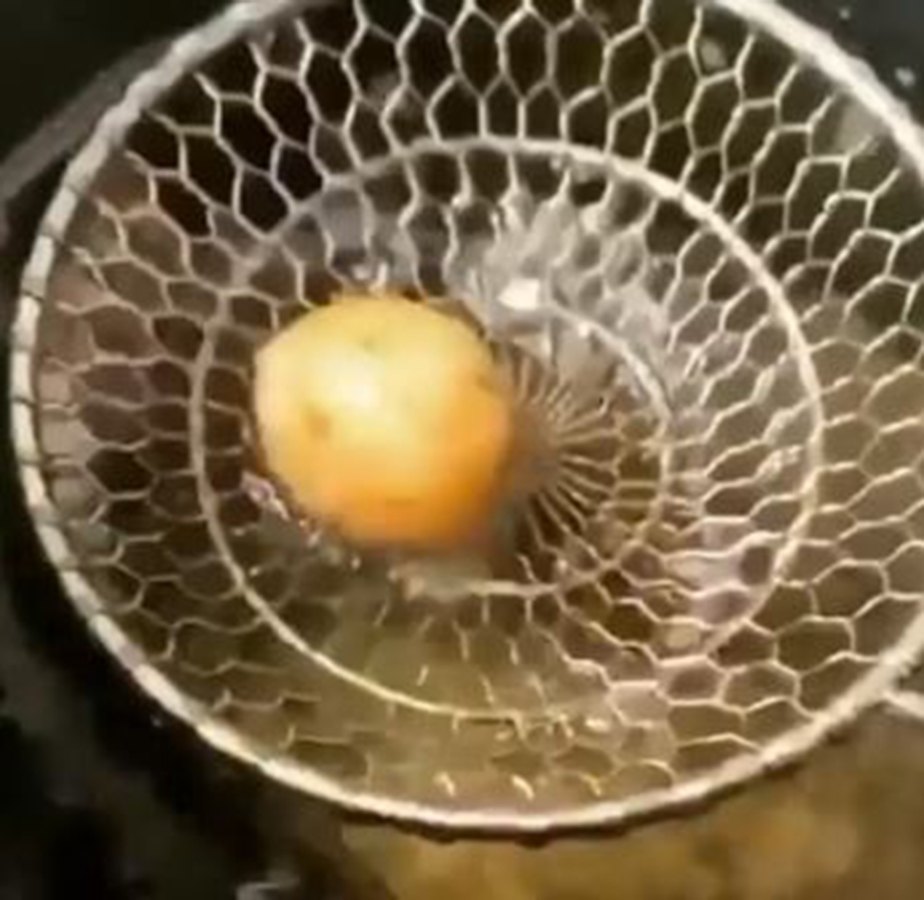 One TikTok user Trendy Chef, who is known for deep frying almost everything, demonstrated how to deep fry water, after using a chemical,calcium alginate, to turn the water into little balls.

He then covers the balls in flour, egg and breadcrumbs and drops it into the fryer to deep fry it.

Working with hot oil is always problematic and poses a risk, with said risks becoming even higher when water is thrown in too – so best to avoid altogether.

Oil can violently spit when water is added to hot oil in a pan, and experts have warned that trying to deep fry water is a recipe for a disaster, as it's an explosion waiting to happen. 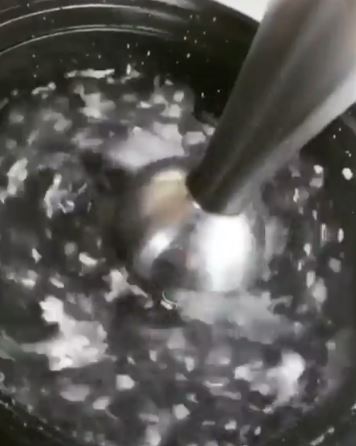 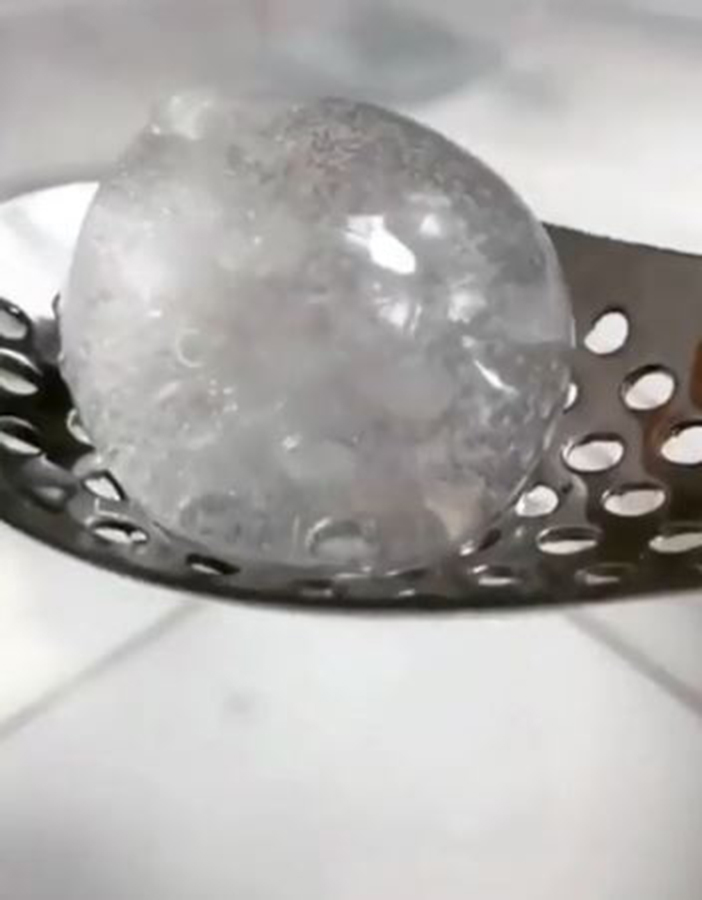 Say the ball splits and the water leaks out into the oil, then you're in trouble and likely to suffer injury, as one scientist has made sure to point out.

The American Chemical Society's Dr Christoper Cramer slammed the stupid trend as 'somewhere between insane and suicidal' as he urged people not to attempt it.

Speaking to MailOnline, he said: "Bottom line – good heavens, don't do this!" 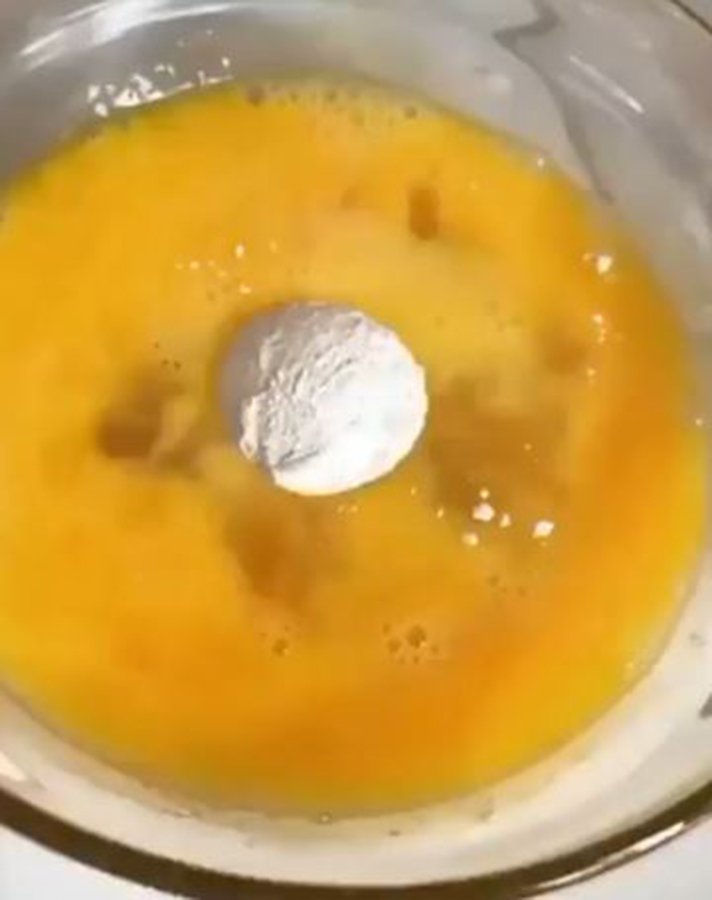 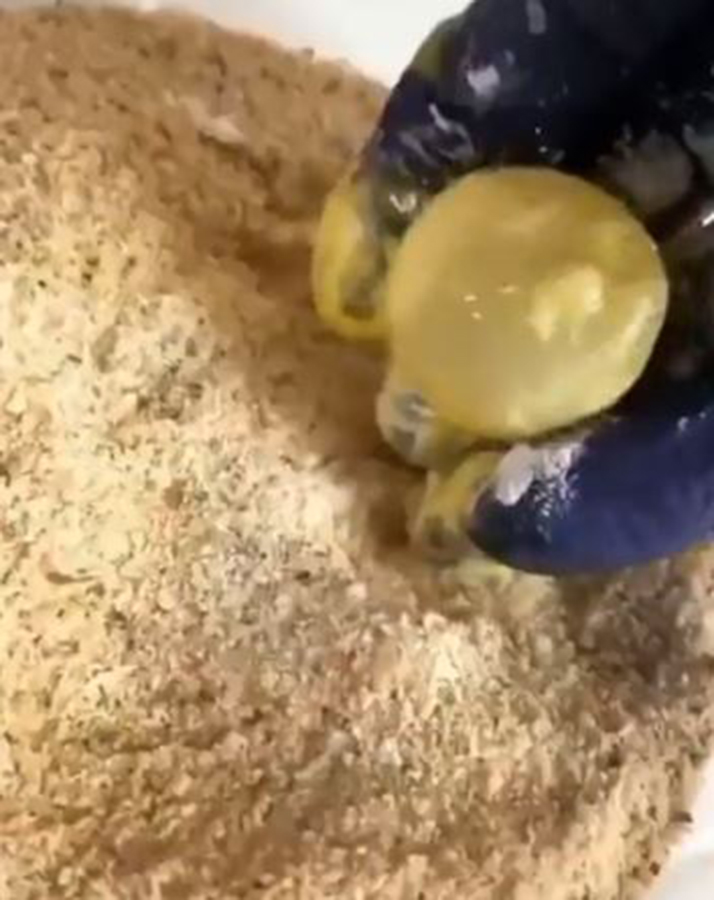 Dr Cramer explained that the problem is that hot oil gets so much hotter than the boiling point of water.

"The way deep frying works, of course, is that the 'nugget' is immersed in a a hot oil – typically about 400°F or warmer," he said.

"The exposed breading fries quickly to a crispy texture, while the heat works its way inward to a cooler centre, raising the interior's temperature more slowly." 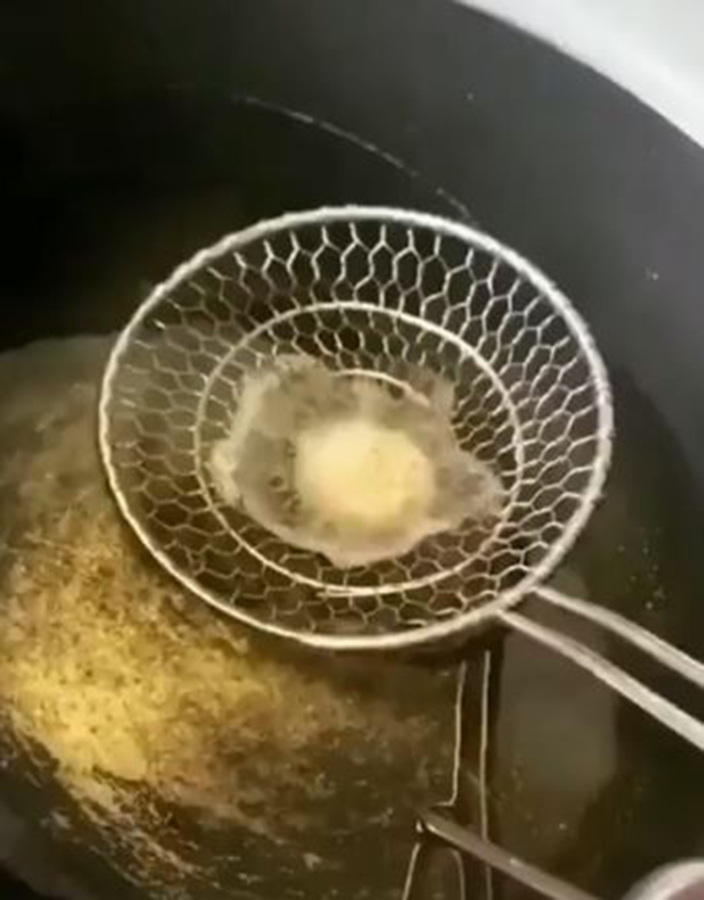 Dr Cramer revealed that water boils and turns into steam at around 212°F and in doing so it expands in volume by around 1,500 times nearly instantly, which could break the nugget of water releasing the remaining volume into the oil.

"That's basically an explosion in a hot vat of oil and heaven help you when that oil begins to rain down on to the gas flame or hot electric burner."

Essentially – do not attempt this for yourself, you've been warned.

For more on TikTok, this woman shared hilarious before and after photos of her boyfriend after a year of dating.

Doctors have warned against sugaring trend that could leave you with nasty burns and scars down there.

Plus, this swimsuit hack doing the rounds shows how women are turning their bikini bottoms into bikini tops and there's no sewing required.

Christopher Plummer's Best Roles, From 'The Sound of Music' to 'Knives Out'

'Skywatch' Series in Development for Peacock From Seth MacFarlane