The People’s Choice Awards return for the 47th time on Dec. 7, 2021. In honor of the show that honors the best in music, movies, TV and pop culture, Wonderwall.com is flashing back to 2001 to see what celebrities wore to that year’s event, starting with Jessica Alba. Back in 2001, Jessica Alba was nominated for favorite female performer in a new TV series for her work on “Dark Angel.” The fresh-faced actress hit the PCA red carpet in a black floral-print dress with white, red and pink blooms. She styled her look with simple gold strappy heels and a delicate silver necklace.

In 2001, Jennifer Aniston won a People’s Choice Award for her work on “Friends.” She attended the ceremony wearing a slinky dress in her favorite color — black — featuring a ruched bodice and a satin belt and accessorized with an oversized cross. Co-star David Schwimmer attended alongside her in a dark blue suit that seemed like it could have used some tailoring.

Julia Roberts took home a PCA for her work in “Erin Brockovich” wearing a very basic charcoal suit with a matching shirt underneath.

Leah Remini wore what looked like two dresses combined for the 2001 PCAs — a half-red, half-yellow floral fabric creation that was 100% bizarre.

Favorite female musical performer Faith Hill opted for a slate blue wrap dress with a wide collared neckline in 2001. The singer accessorized her look with fishnet tights and a long pendant necklace.

Roma Downey wore a chic purple sparkly dress with a light ruffle on the bottom for the 2001 PCAs.

*NSYNC had a successful trip to the PCAs where they took home the honor of favorite musical group or band. JC Chasez wore an all-black outfit, Joey Fatone sonned a white button-down with a maroon leather jacket, Justin Timberlake opted for sunglasses and a long camel-colored coat, Lance Bass chose a trench and a long cross and Chris Kirkpatrick tried out a purple ensemble.

Rashida Jones opted for a one-shoulder “going out”-style top and slightly flared black pants for the 2001 ceremony. She also wore super-dark eye makeup, which was so favored back in 2001, and chandelier earrings.

Michael Michele wore a stunning sparkly strapless gown in a black, gold, red and lavender chevron pattern to the People’s Choice Awards in 2001.

Mandy Moore was still best known as a pop singer when she attended the 2001 PCAs in a two-piece charcoal suit covered in wide gunmetal panels.

“Survivor” alum Jenna Lewis traded in her buff for a prom-like marigold gown when the competition series won for favorite reality based show at the 2001 PCAs.

Teri Polo, whose movie “Meet the Parents” took home a People’s Choice Award in 2001, looked like a “Frozen” princess in her icy blue one-shouldered gown covered in streaks of silver glitter.

Jessalyn Gilsig walked the red carpet at the Pasadena Civic Auditorium for the 2001 PCAs in a flowing tea-length dress in warm purple, cream and terracotta colors.

Mimi Rogers picked out a cheongsam-style tea-length dress for the January 2001 award show. Her magenta frock was covered in subtle gold flowers, which she accentuated with her gold pumps.

Bette Midler took home the favorite female performer in a new TV series prize for her work on her show “Bette” back in 2001. The legendary comedienne wore a shimmery pink dress and topped it off with a satin wrap, something you don’t see on many red carpets anymore!

Julie Bowen played it safe in a black one shouldered gown with an asymmetrical neckline. She kept her accessories simple, save for a blinding gold cuff.

Kim Coles chose a deep blue sheer leopard-print dress for the 2001 ceremony. She carried a bag made of the same fabric and draped a deep navy wrap over her arms.

Ming-Na Wen looked beautiful in black. She chose a strapless fitted dress covered in crystals topped with a sheer black jacket and accessorized with a Prada purse.

Despite it being January, actress Jennifer Blanc went for a summery vibe in a strapless gown with a green palm print and a lime green wrap and purse. 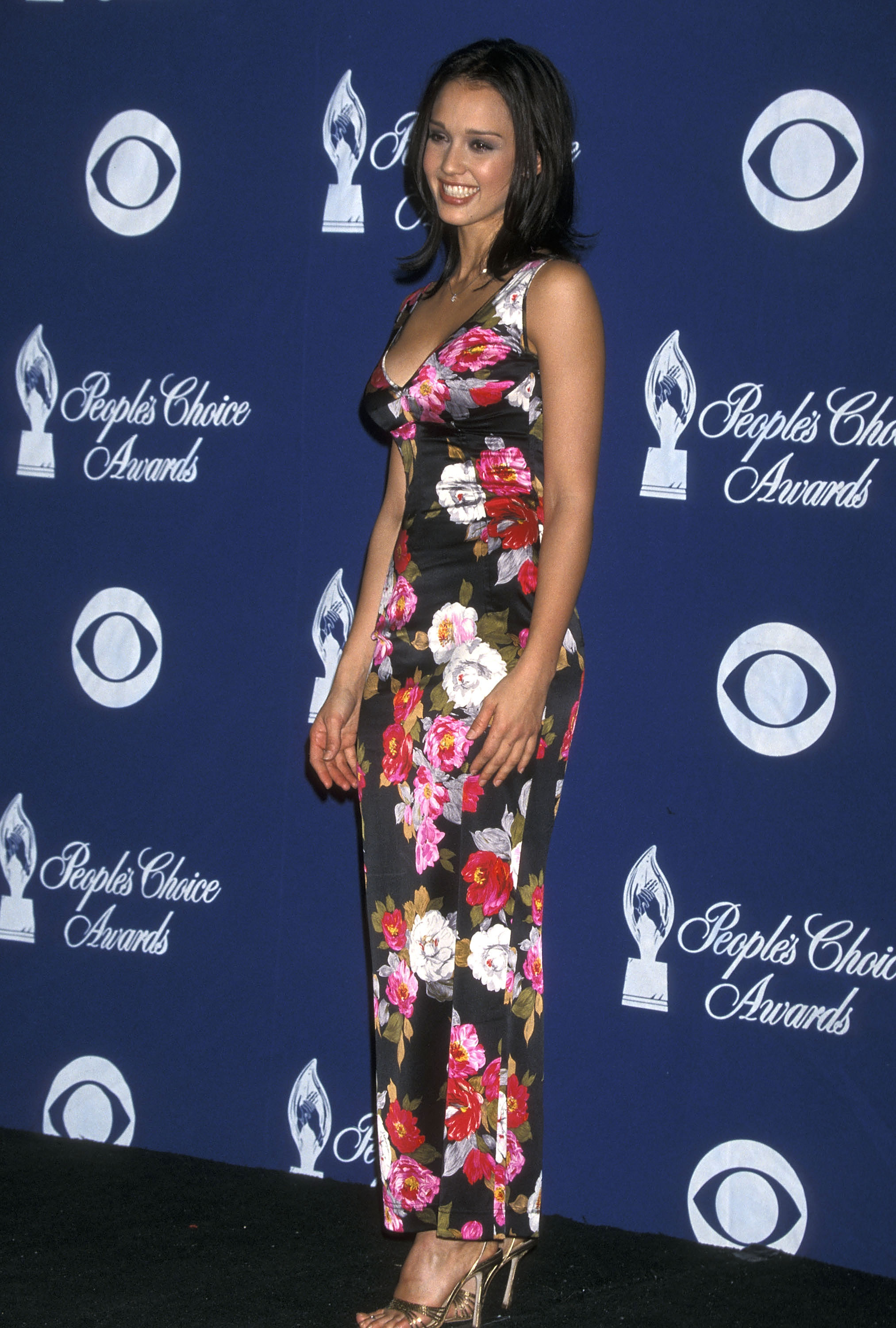 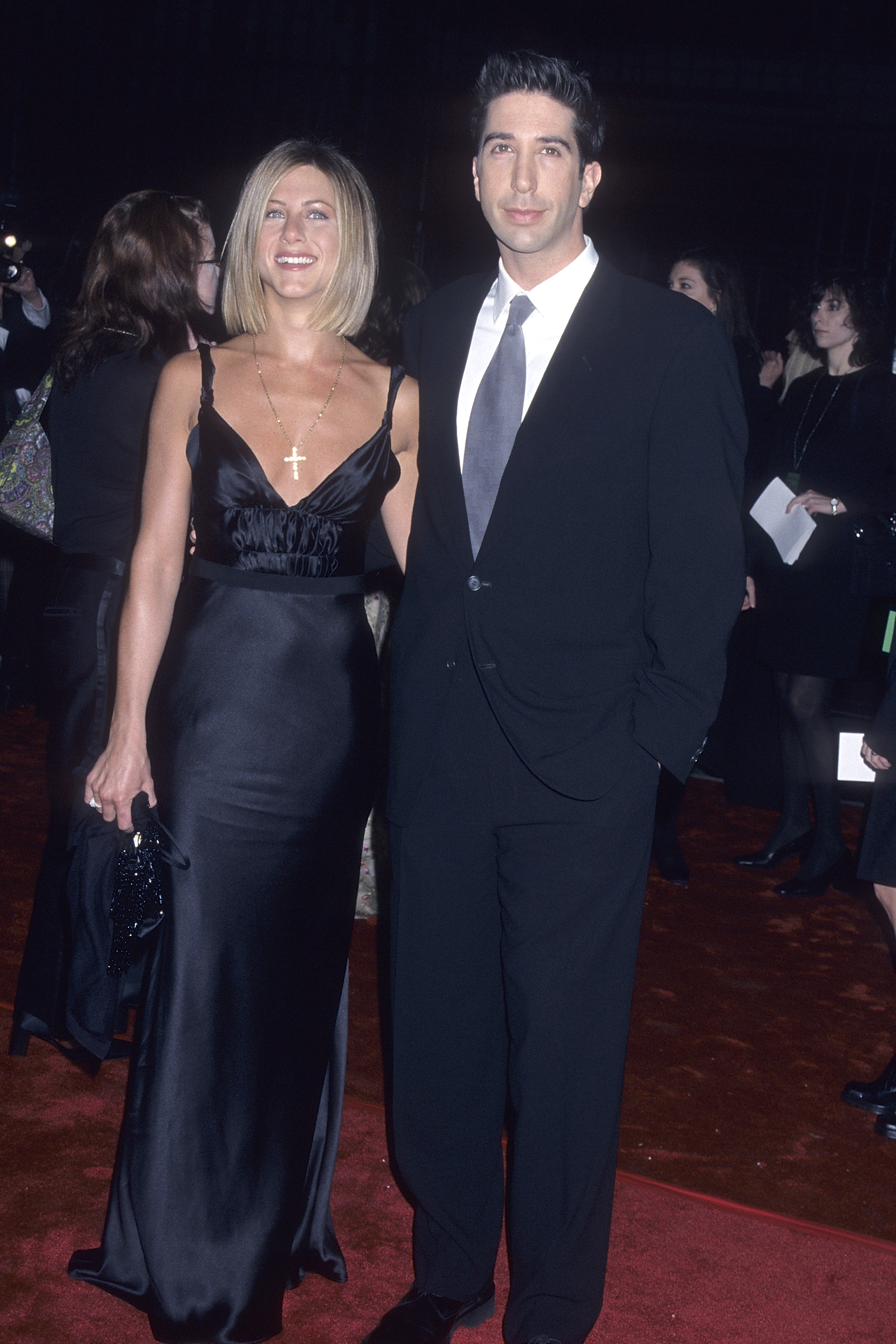 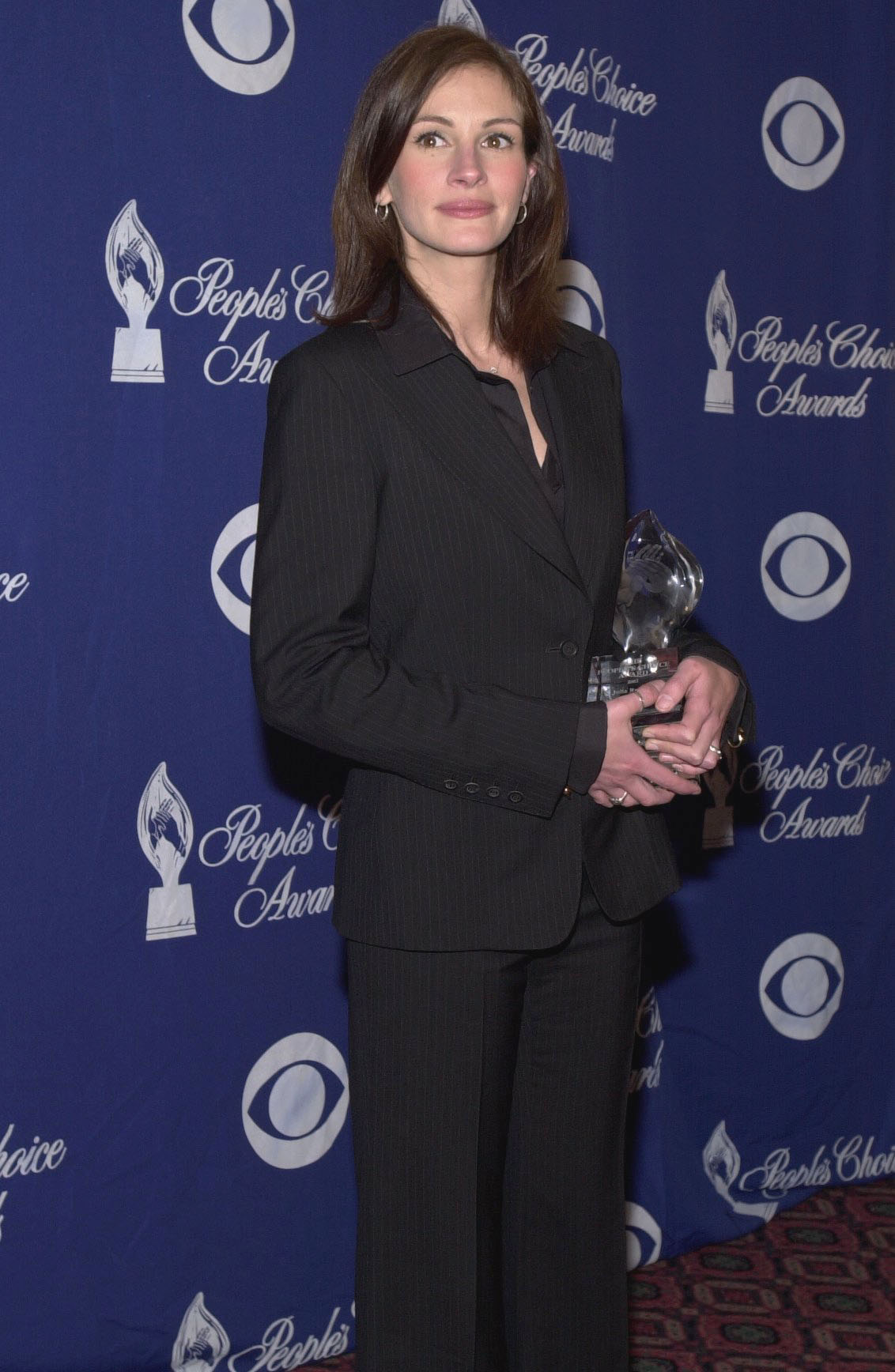 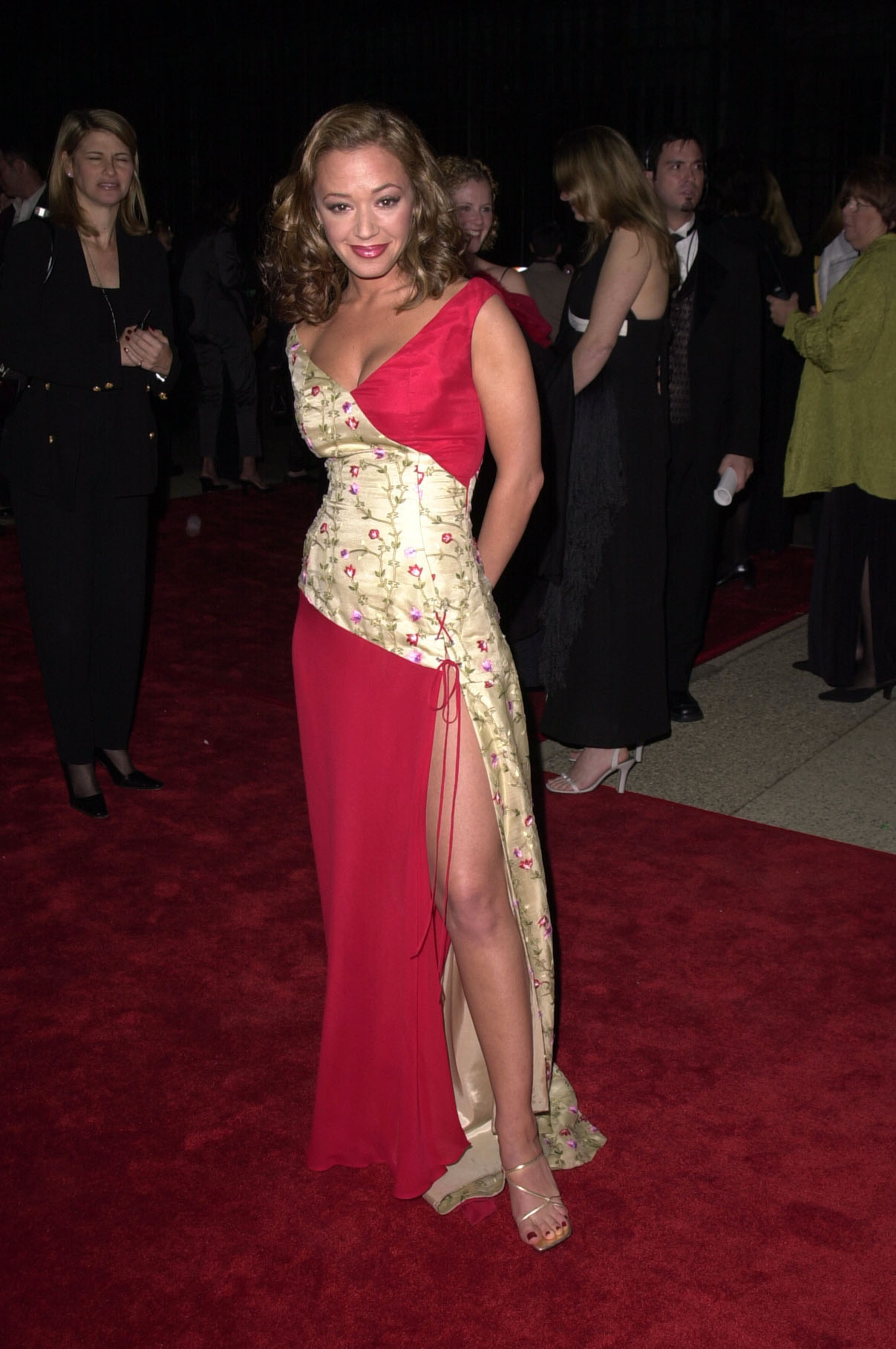 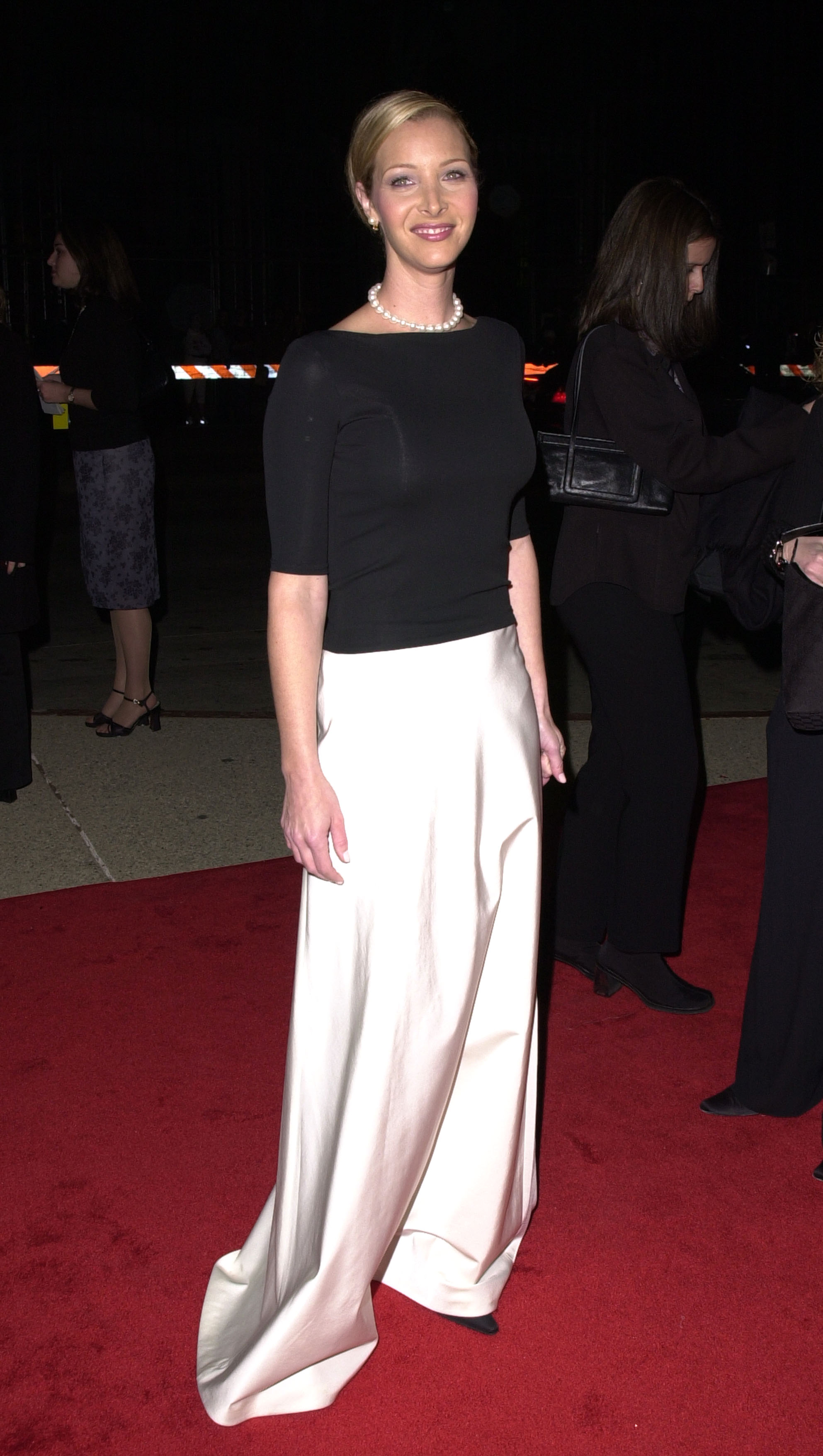 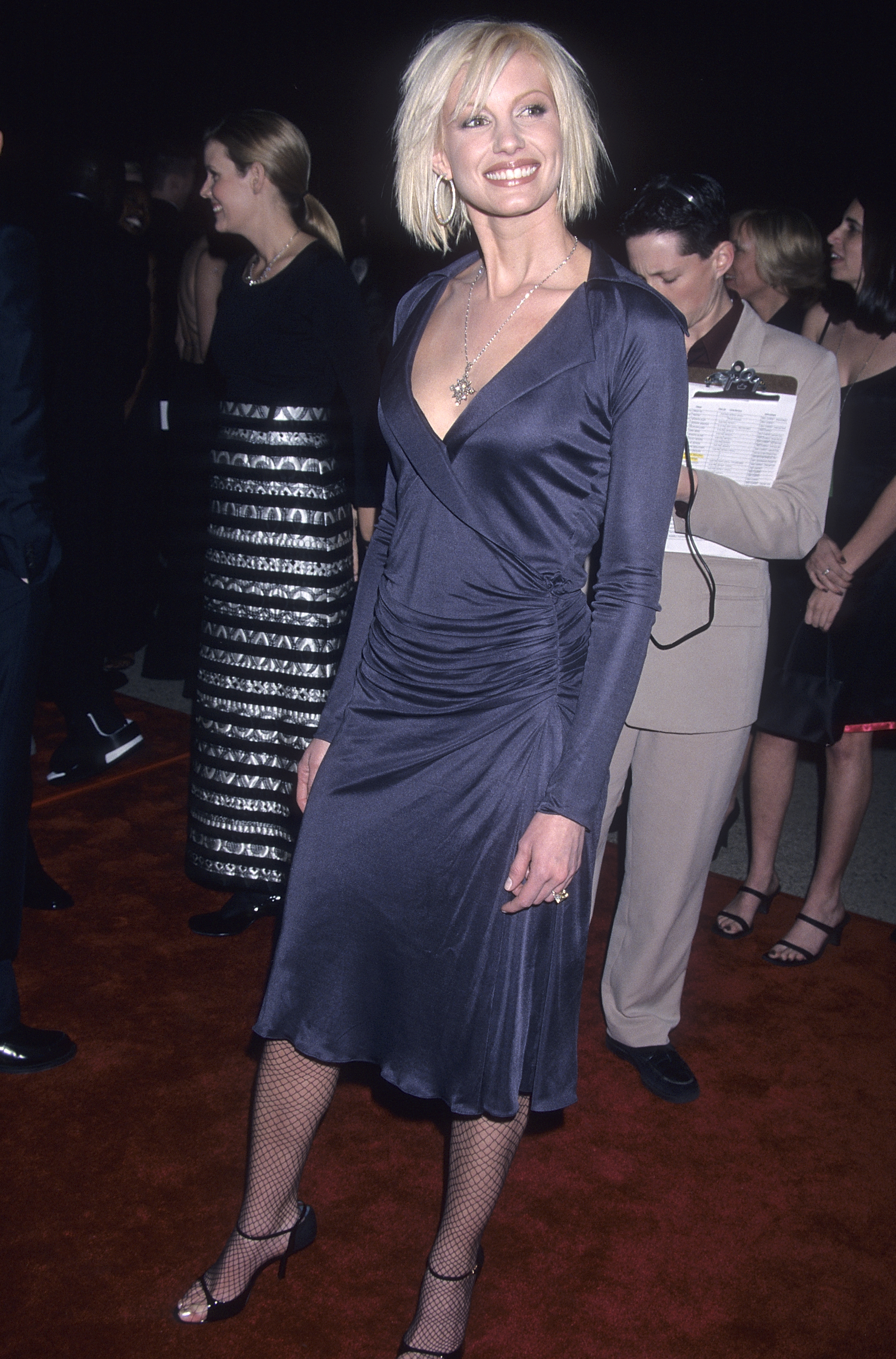 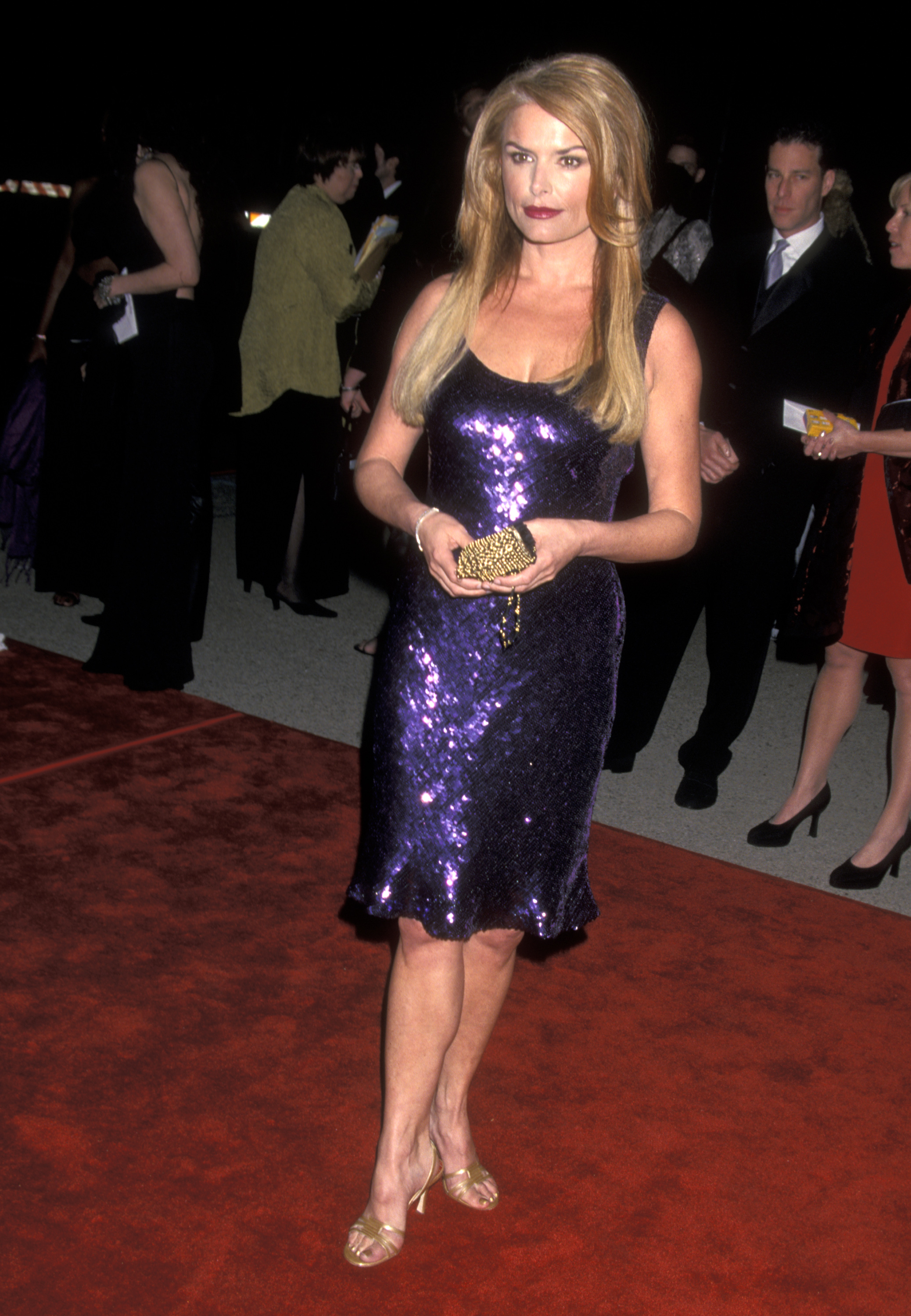 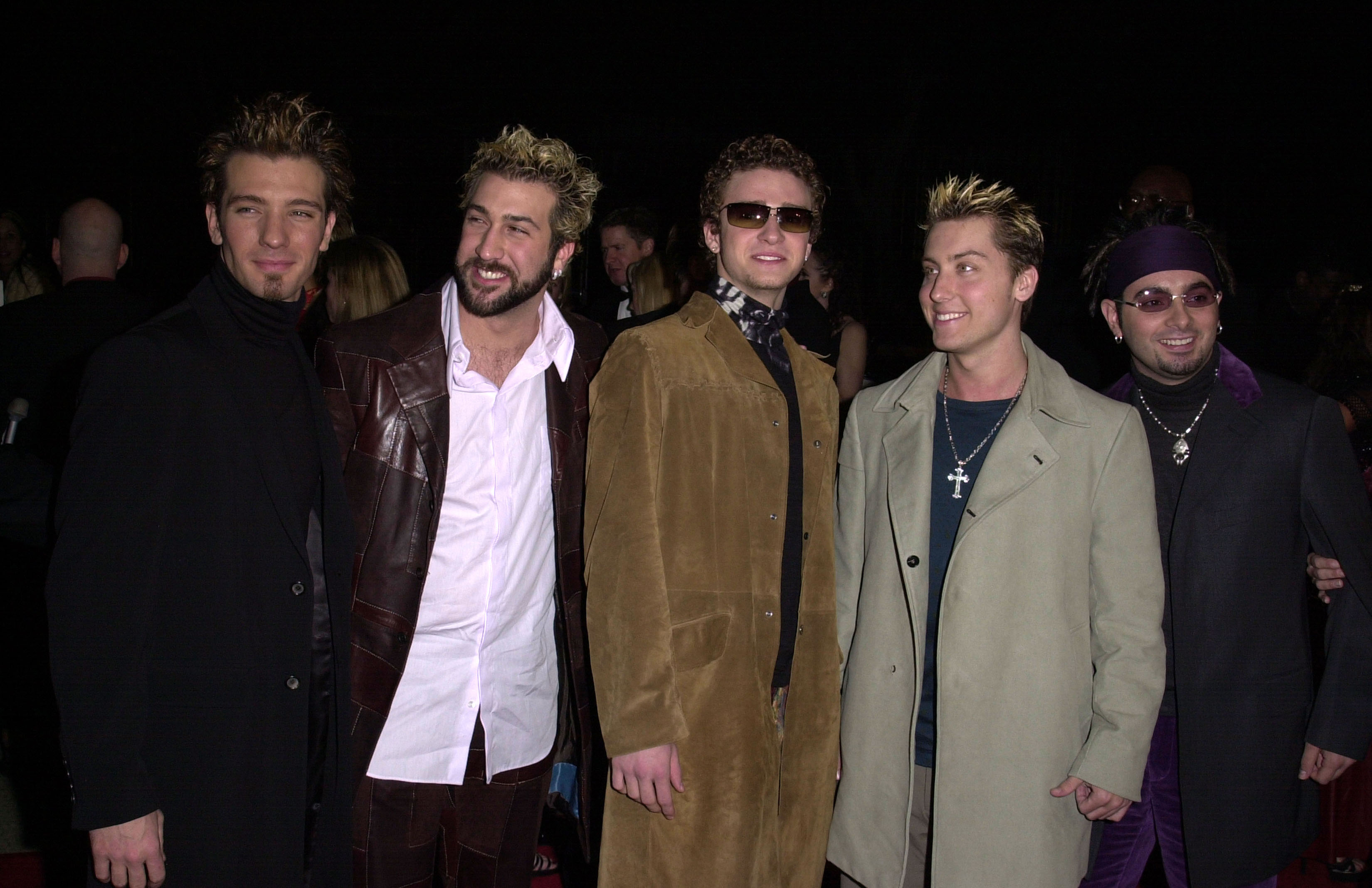 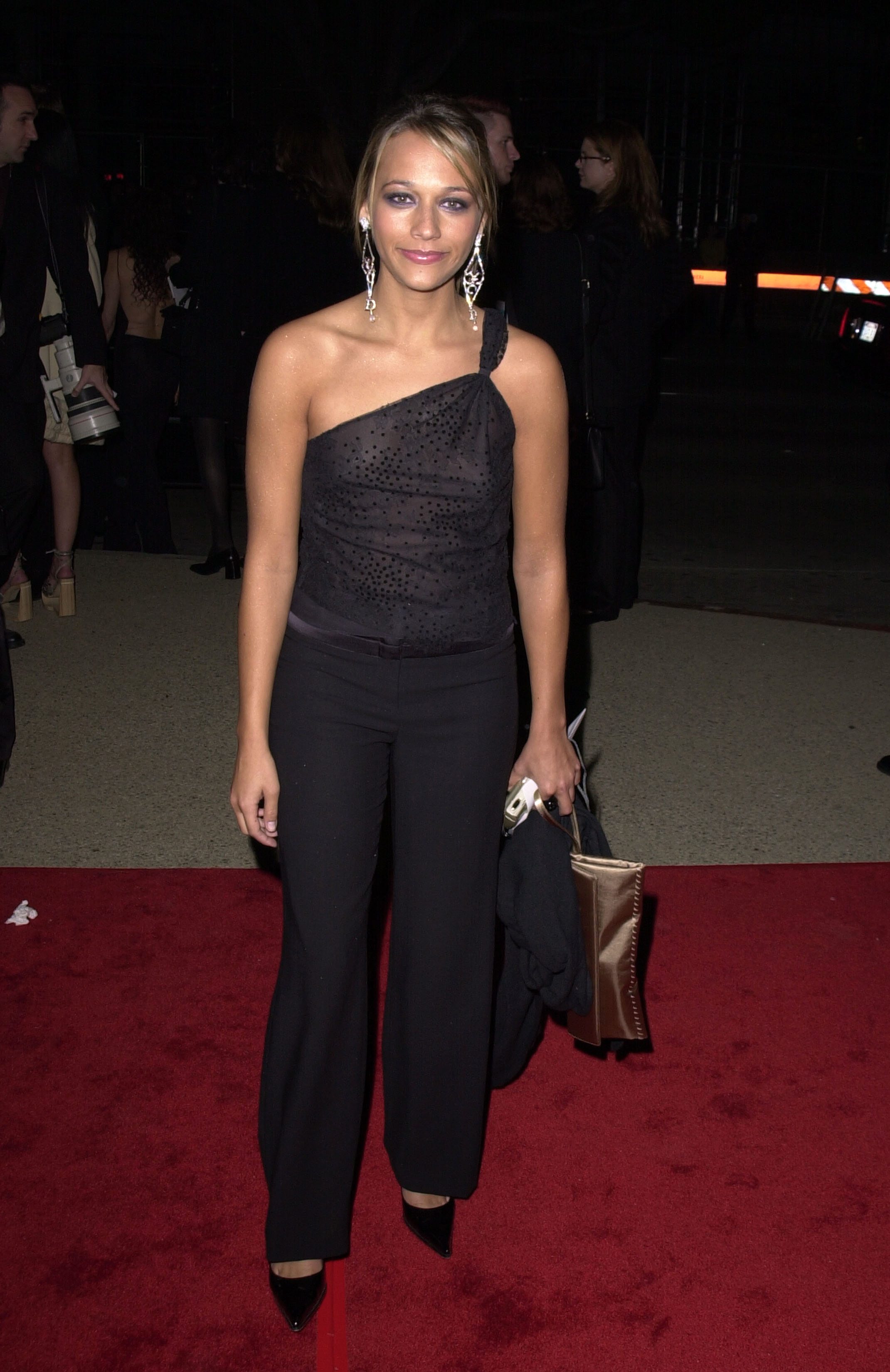 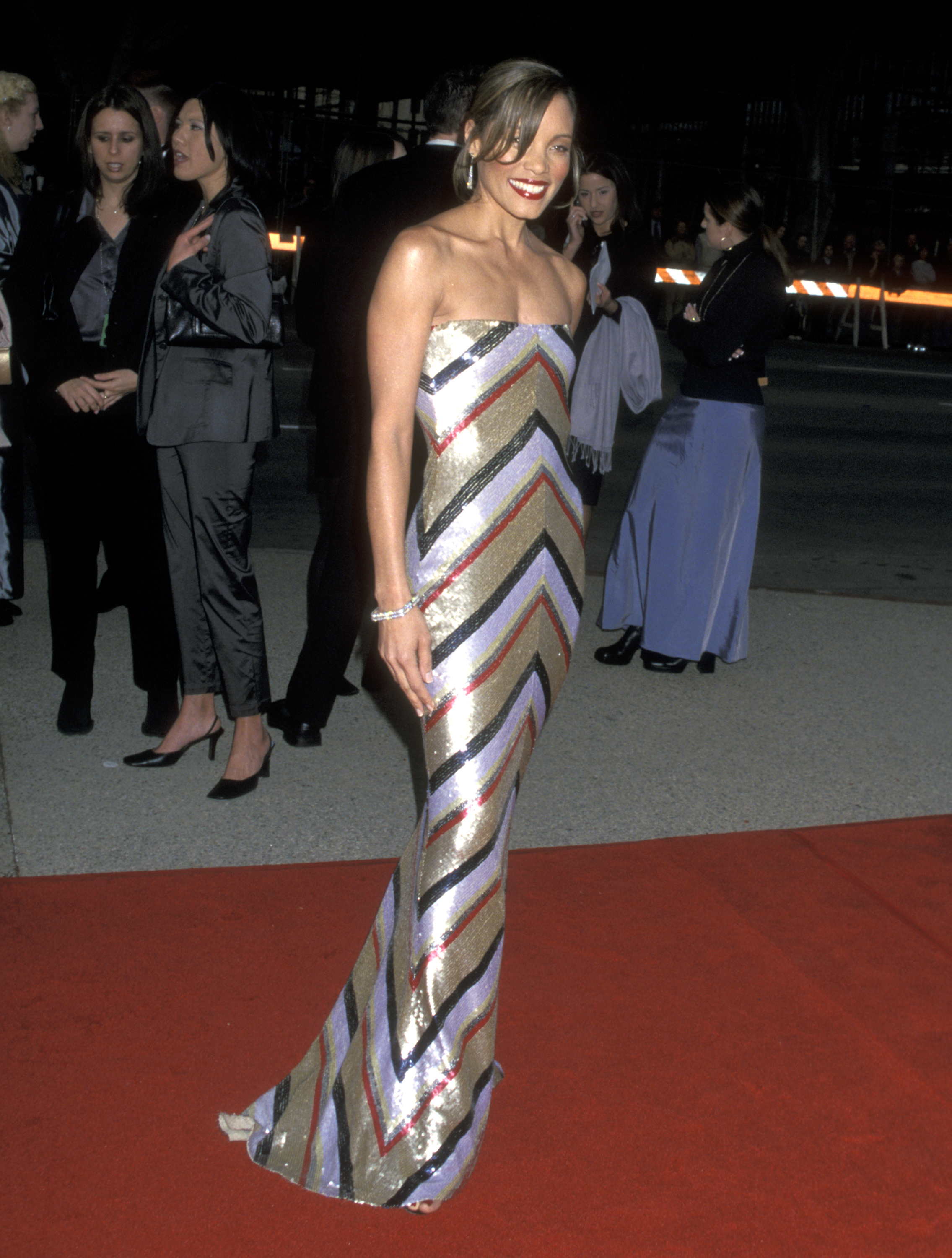 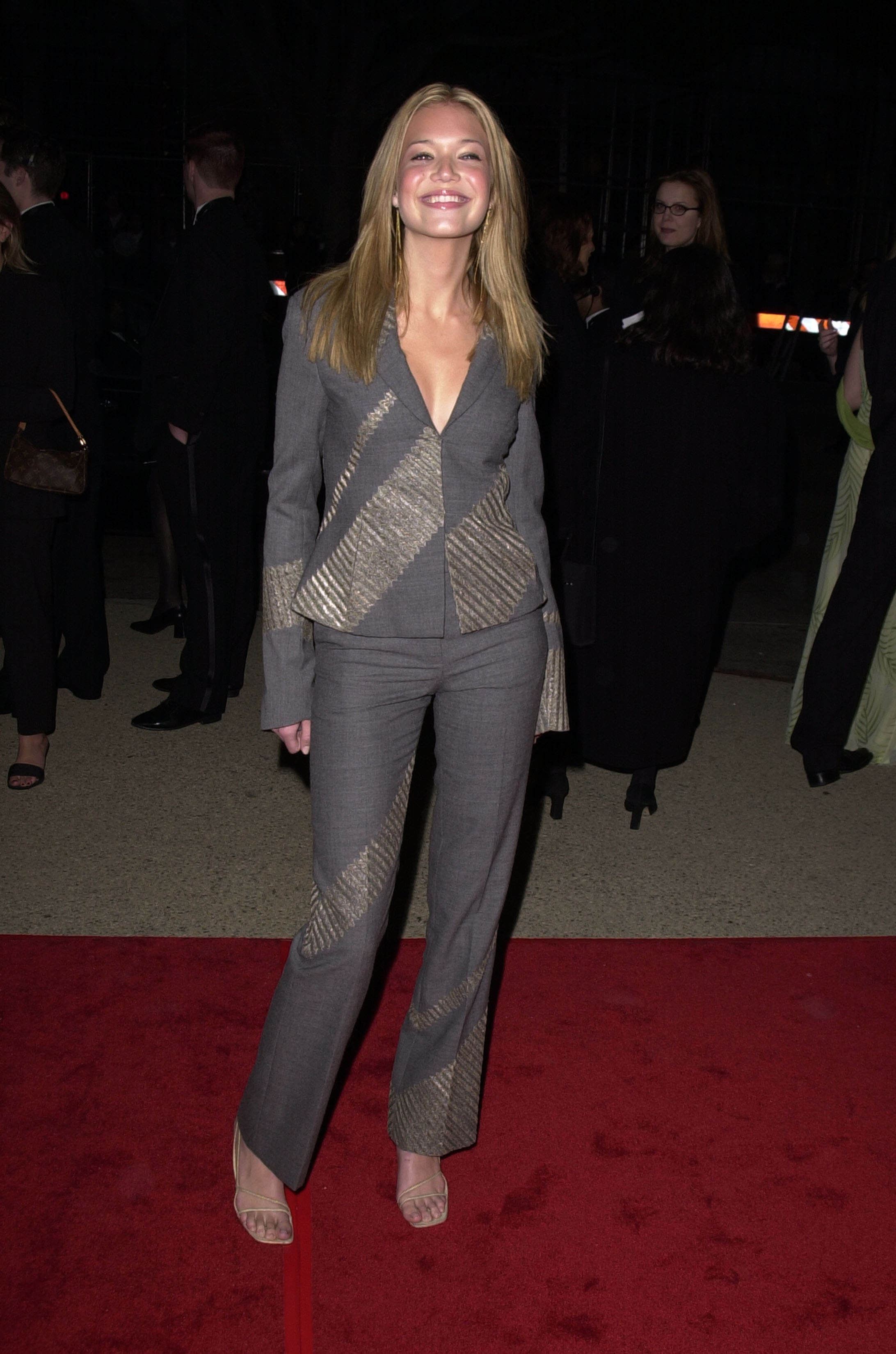 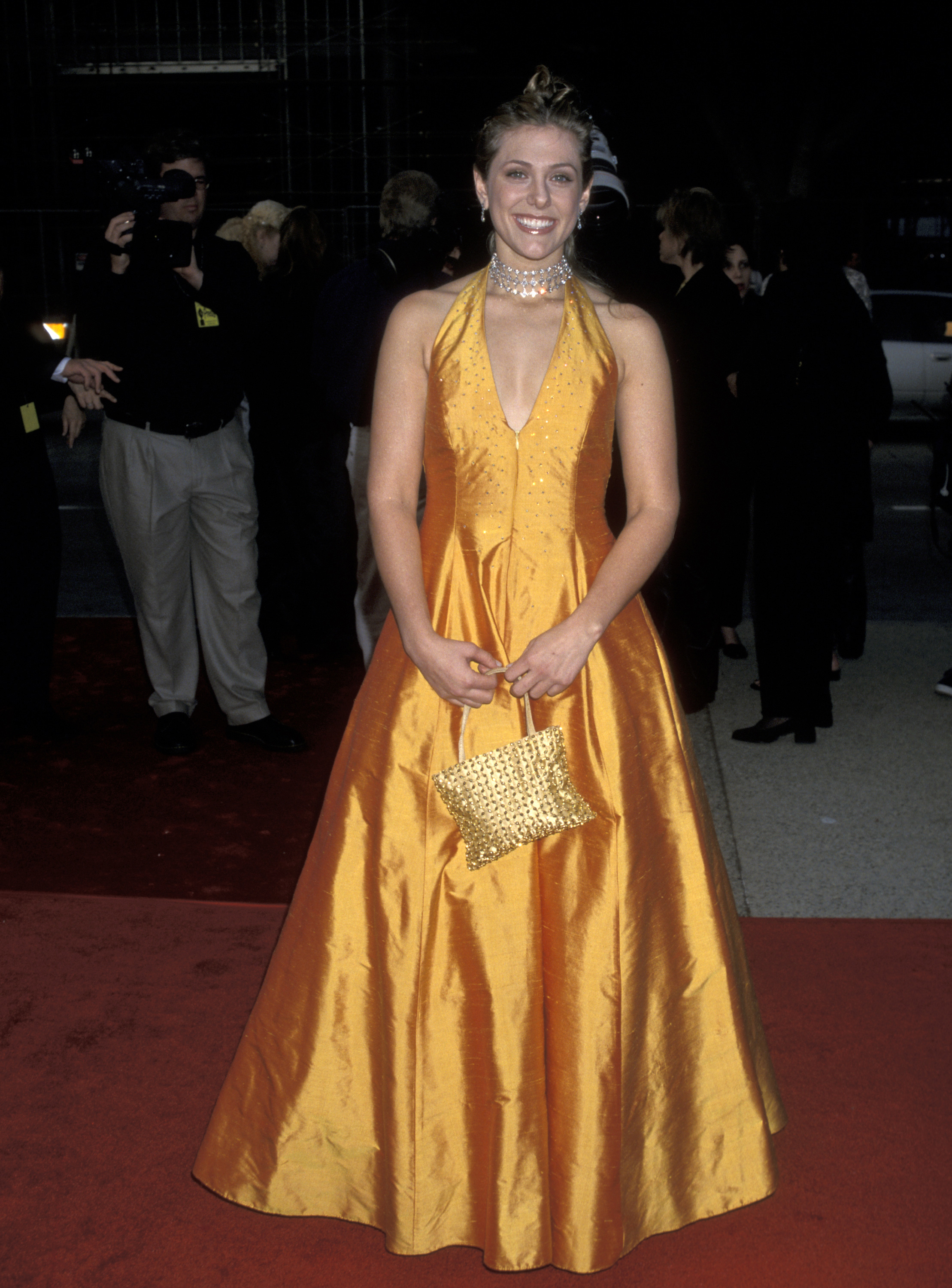 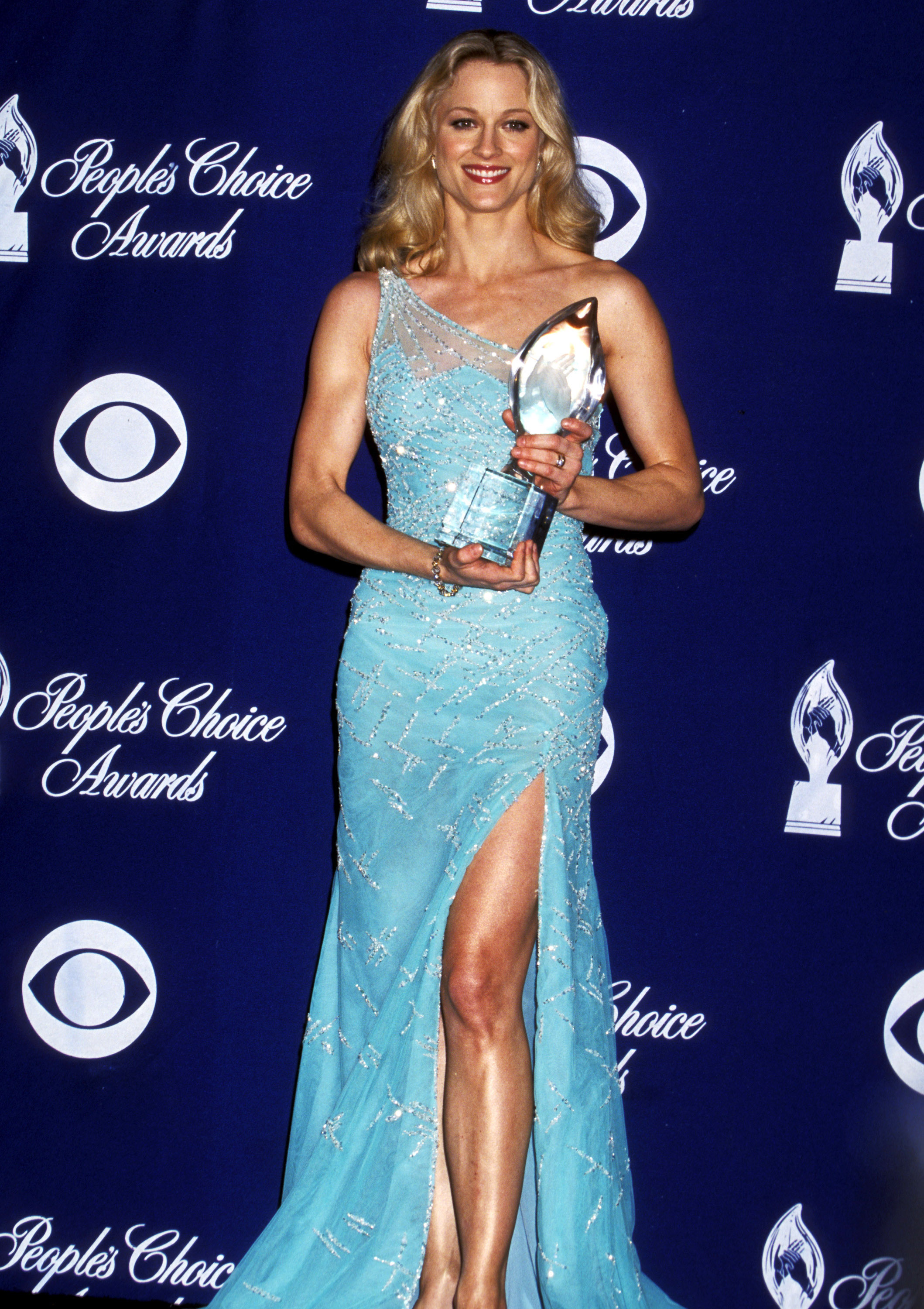 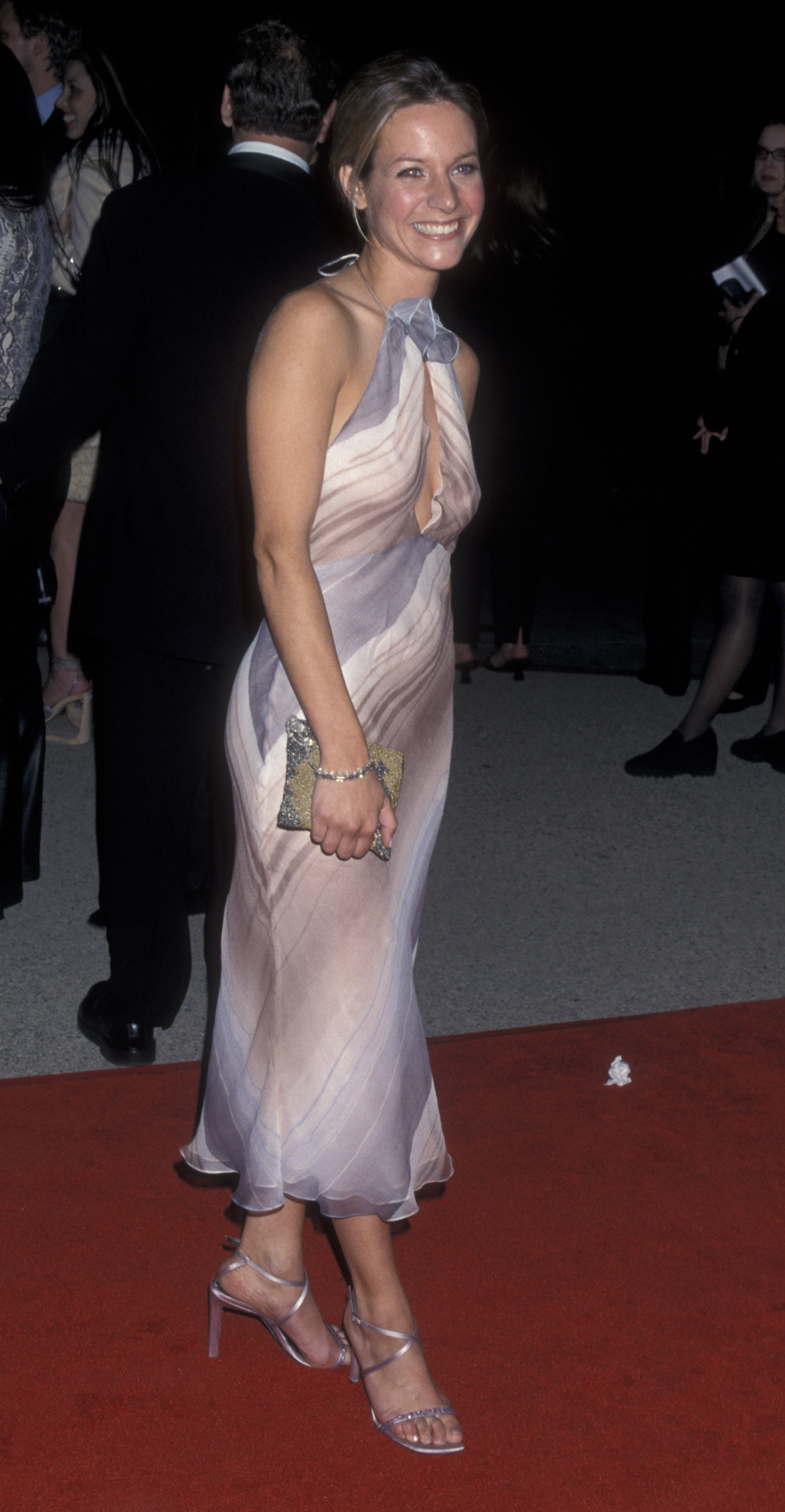 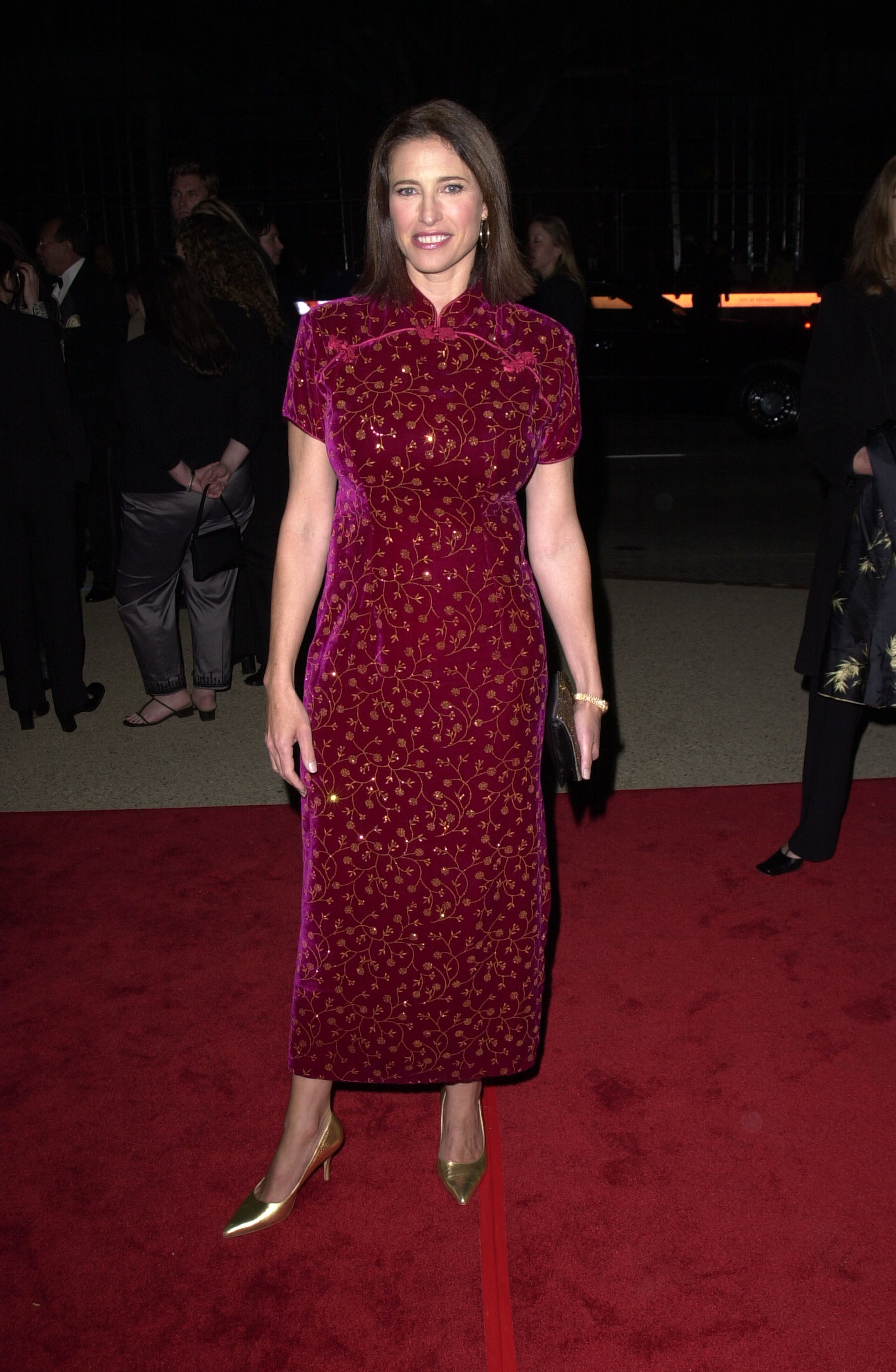 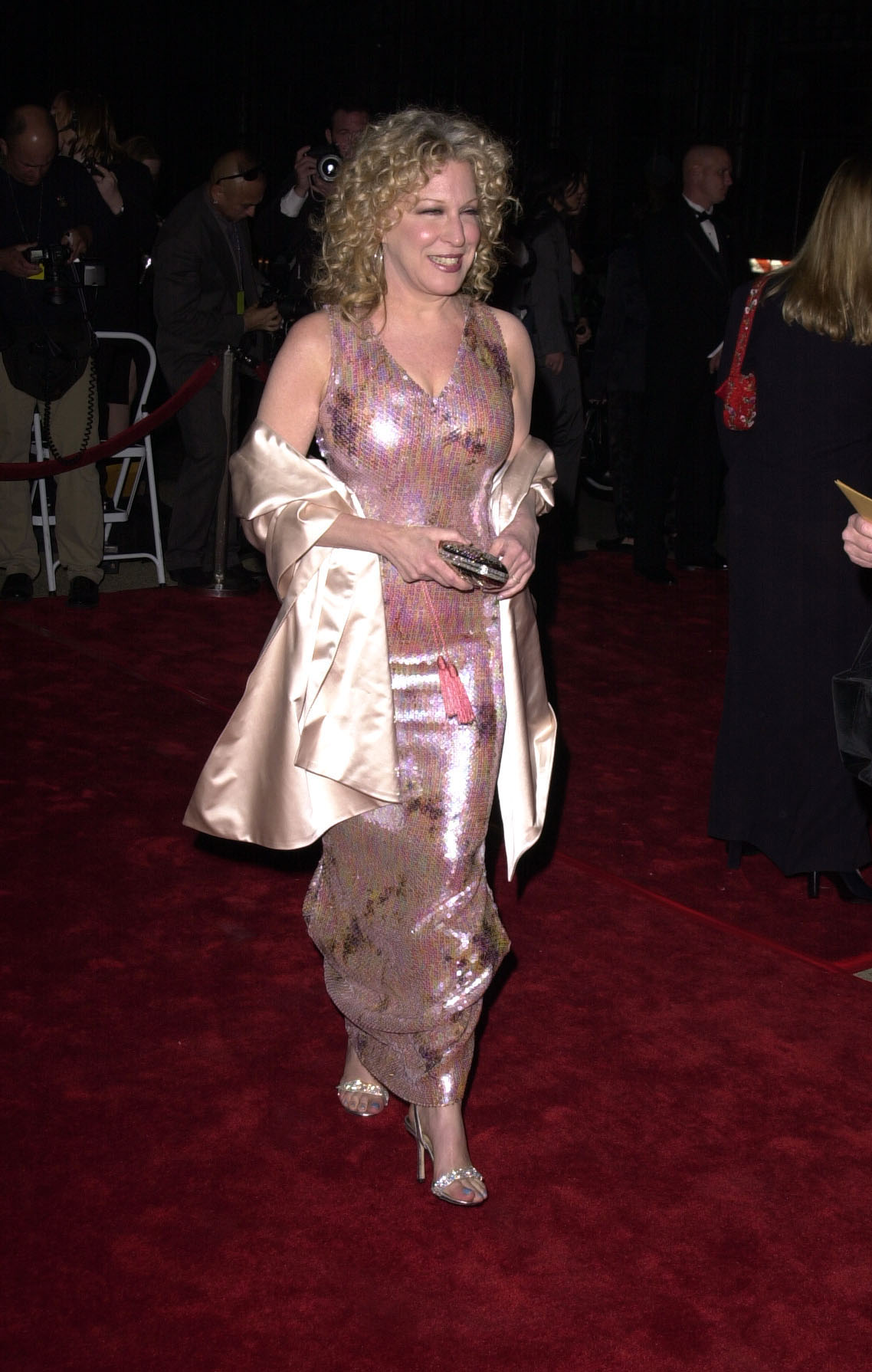 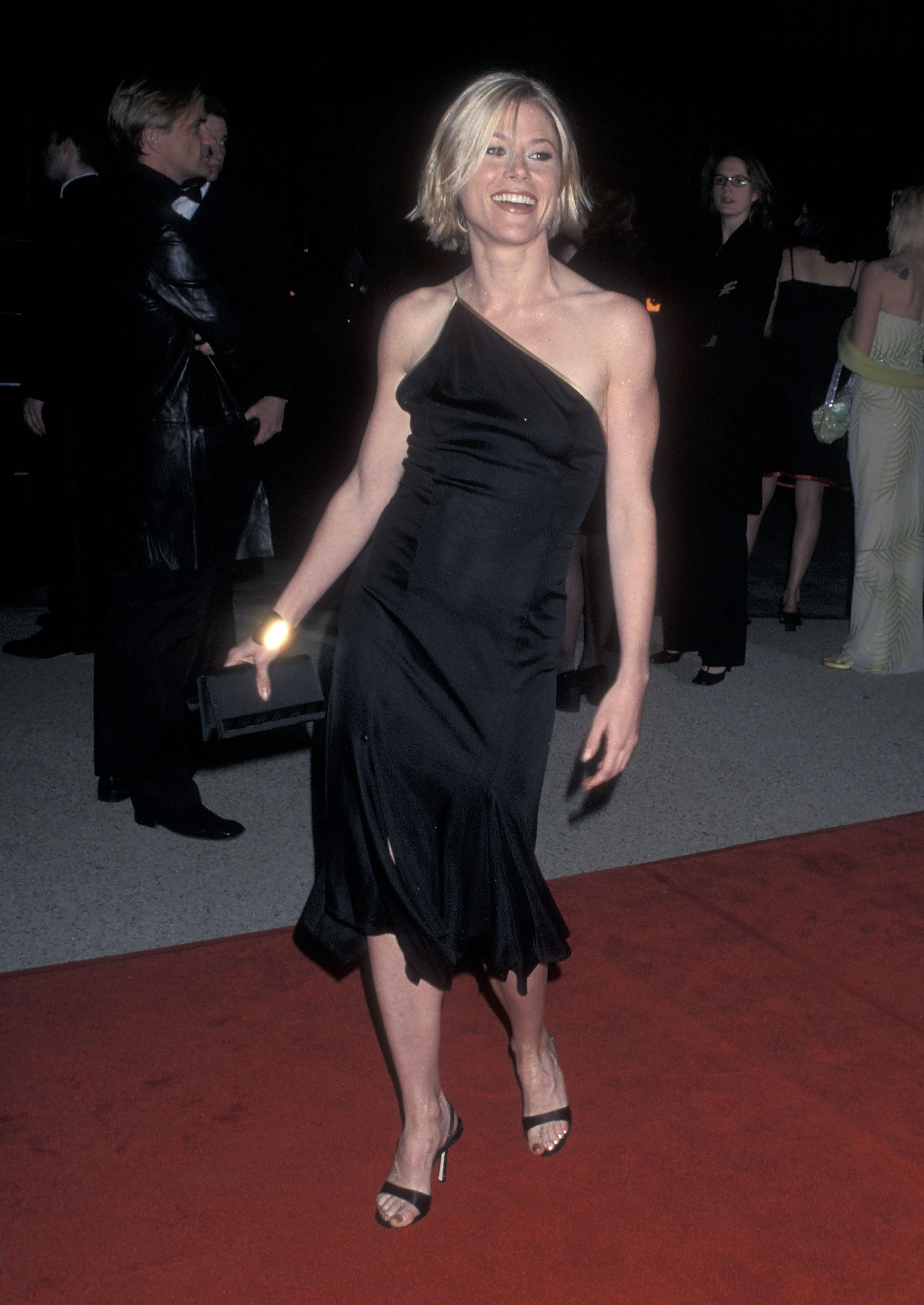 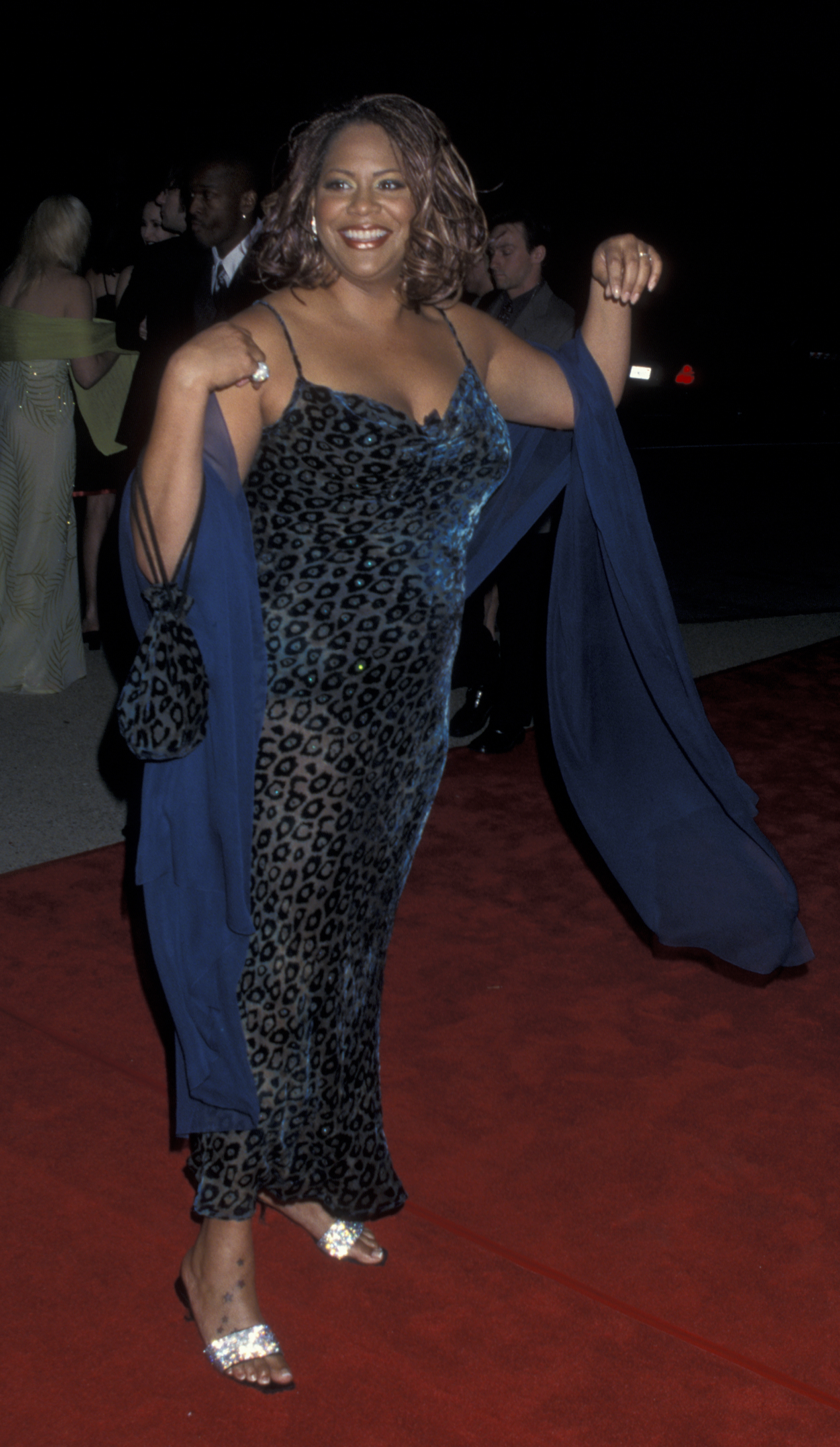 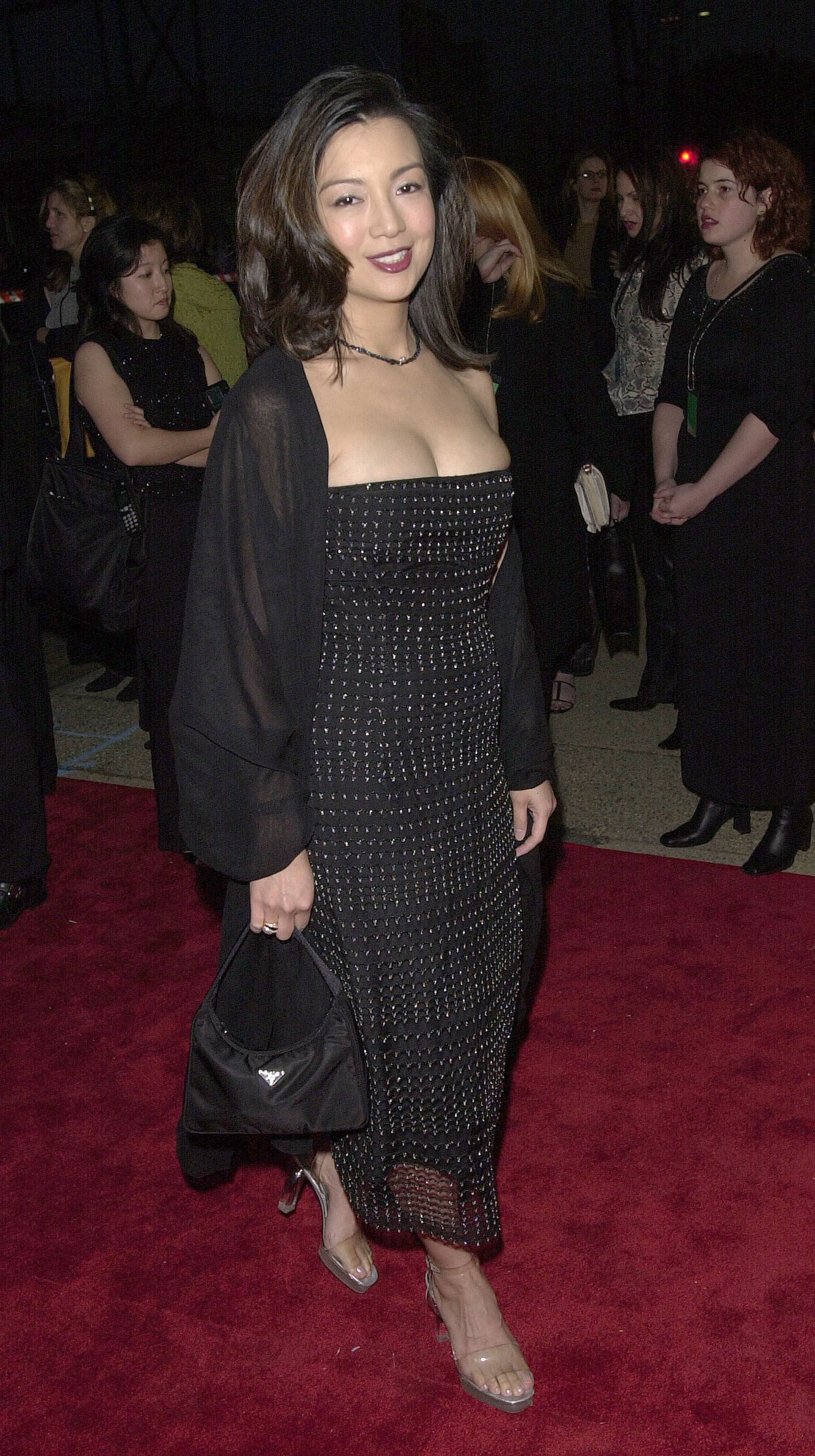 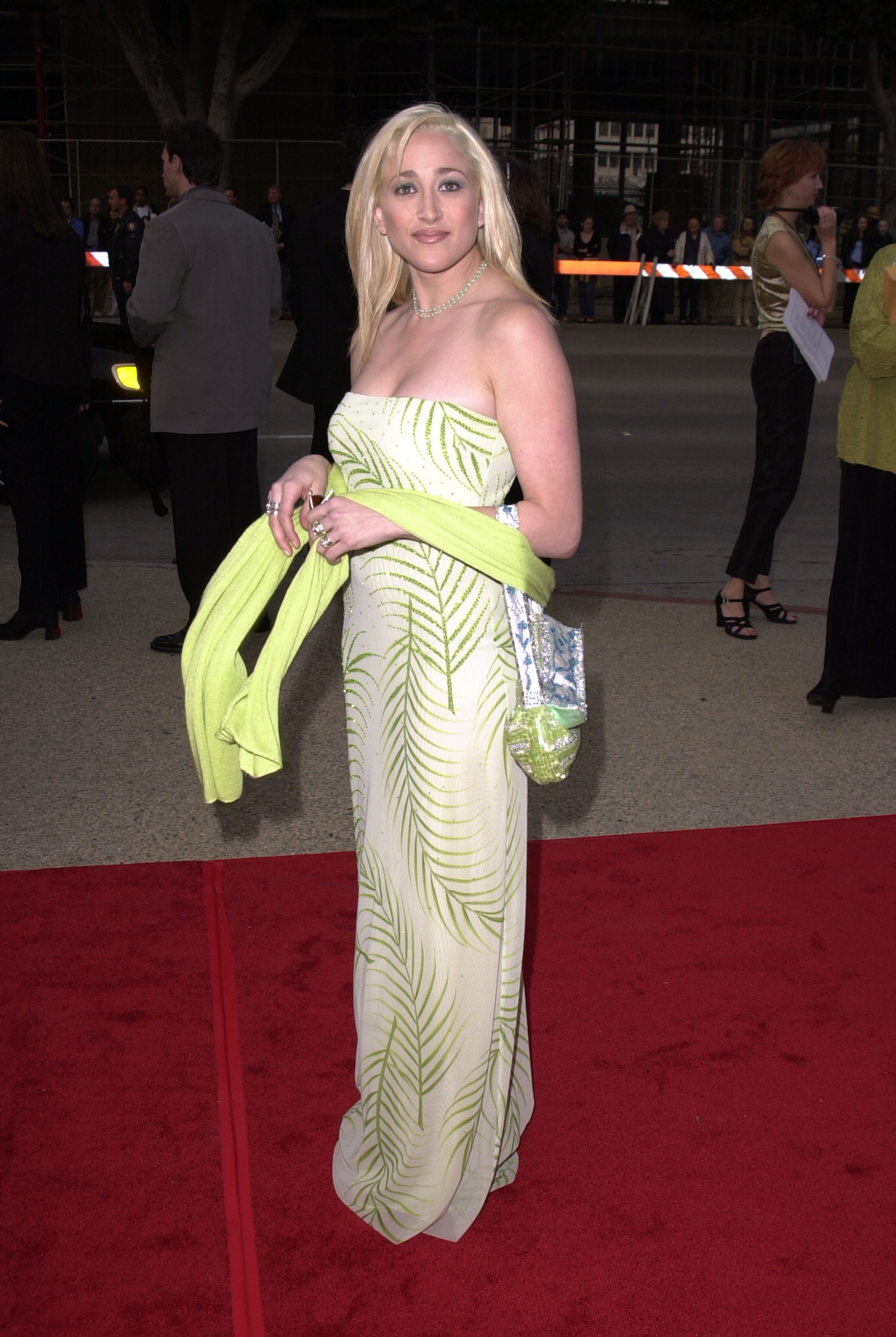 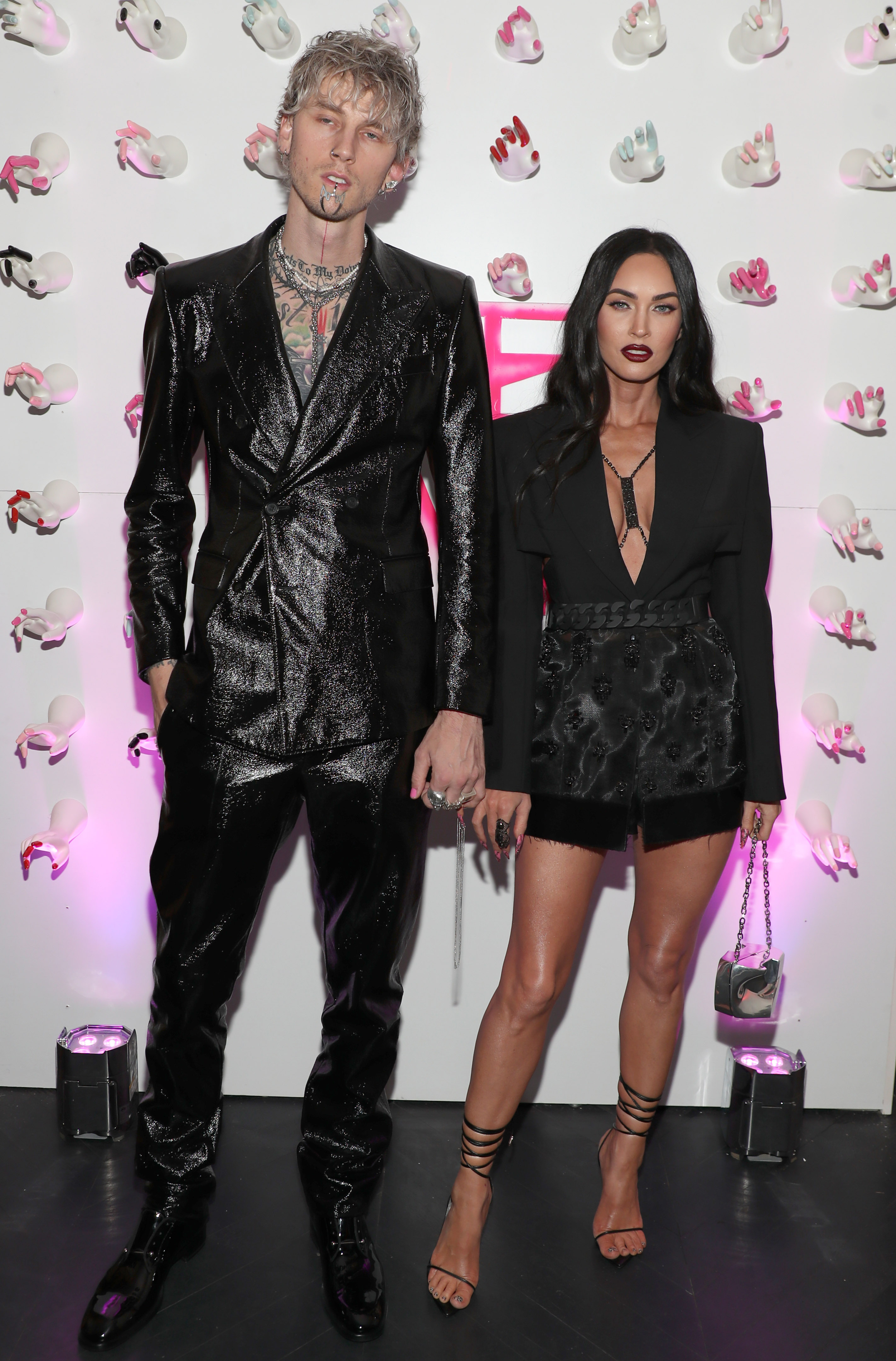 Holiday HELL for up to 75,000 Britons in Portugal

Boy, 14, arrested for ‘brutally murdering his own mom after inflicting horrific wounds'

The Chase: Bradley Walsh speechless after Jenny Ryan snaps ‘Get with the programme!’