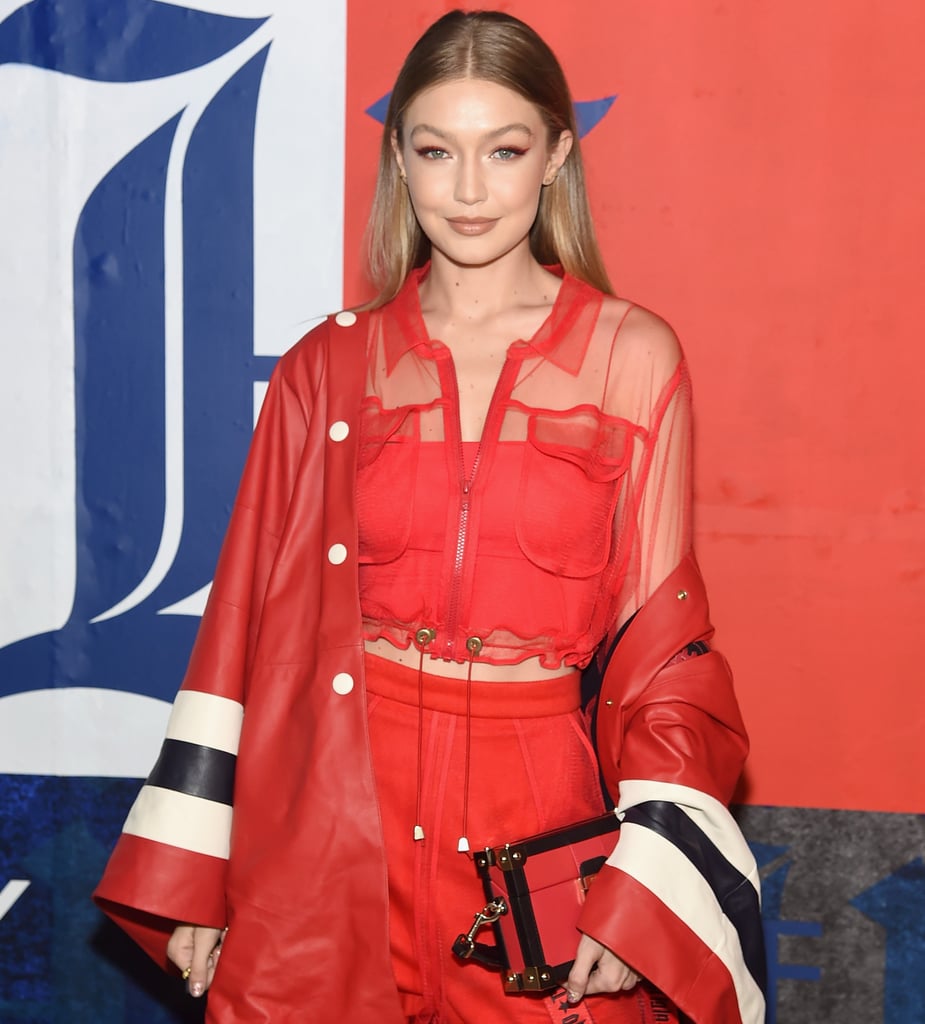 On Monday night, Gigi Hadid and her family joined Tommy Hilfiger to celebrate the launch of the brand’s collaboration with F1 driver Lewis Hamilton. Gigi, who’s collaborated with Tommy many times over the past few years, wore a chic all-red outfit that had a seriously sentimental detail: the jacket was the first item Gigi ever modeled for the designer. Taking to Twitter, the model explained, “I got it out of storage for tonight!”

Back in February 2015, Gigi walked the runway for Tommy Hilfiger for the very first time, and the first look she sported from the Fall 2015 collection was an oversize red leather jacket with black and white trim on the sleeves and a football emblem embroidered on the chest. On the runway, Gigi wore it completely fastened, with black tights and lace-up boots. Three years later, she took it out of retirement, but she sexed things up a little by wearing the jacket open and slouched down, over a look that featured a sheer blouse, a crop top, high-waisted pants with sheer overlays, and calf-length boots. Take a look at both outfits ahead, as we look back at Gigi’s first-ever Tommy moment, and enjoy her most recent, too.