The eight-year-old was born just over seven weeks early. 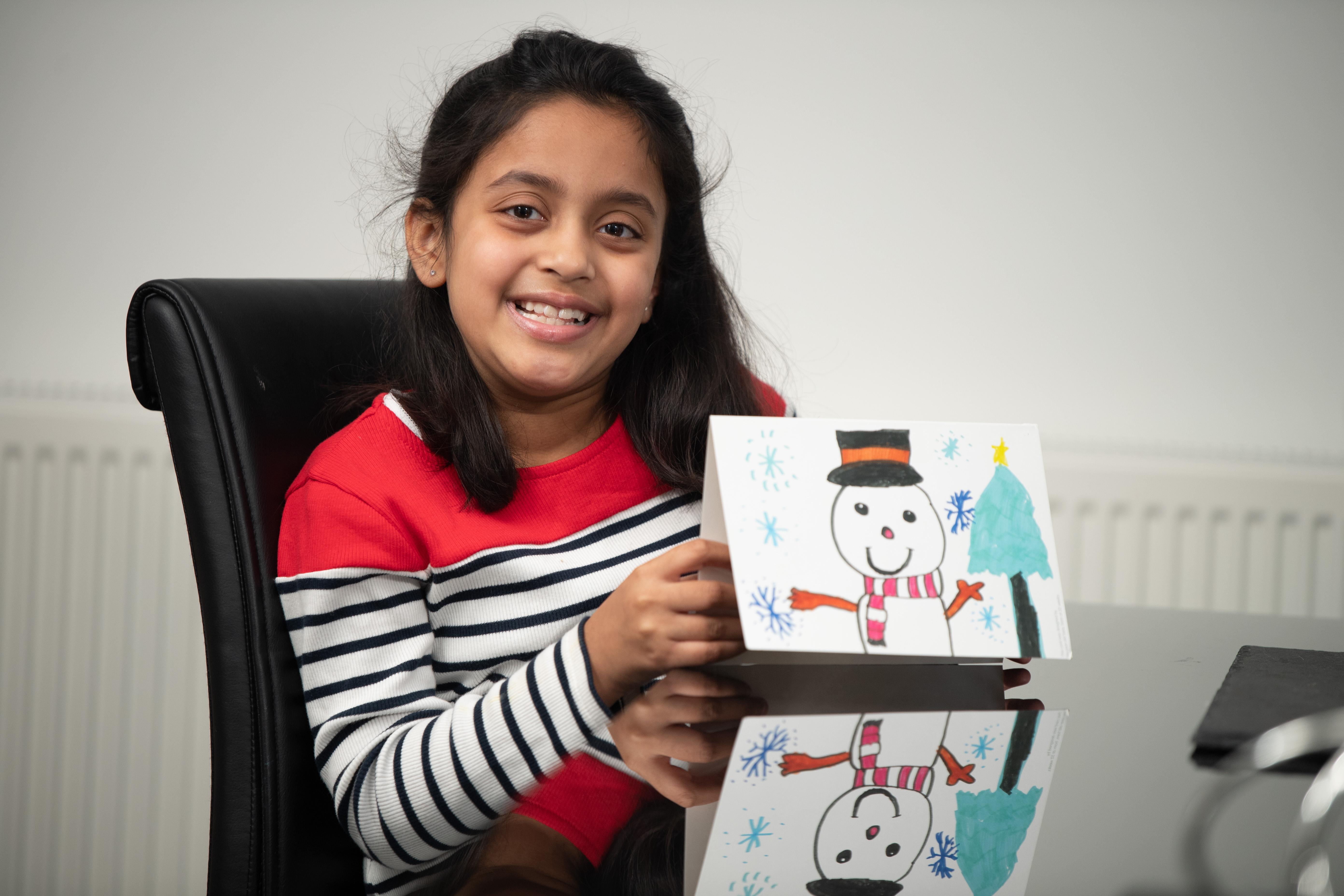 And now her picture is on the official Christmas cards for Bliss, the charity dedicated to poorly and premature newborns.

Sara, from South Croydon, London, said: “My mum didn’t tell me she had entered my drawing into a competition, so I was very surprised when she told me that I won.

“I feel really proud of myself that my picture is helping to raise money for babies.”

Nearly 8,000 babies will spend their first Christmas in neonatal units across the UK. 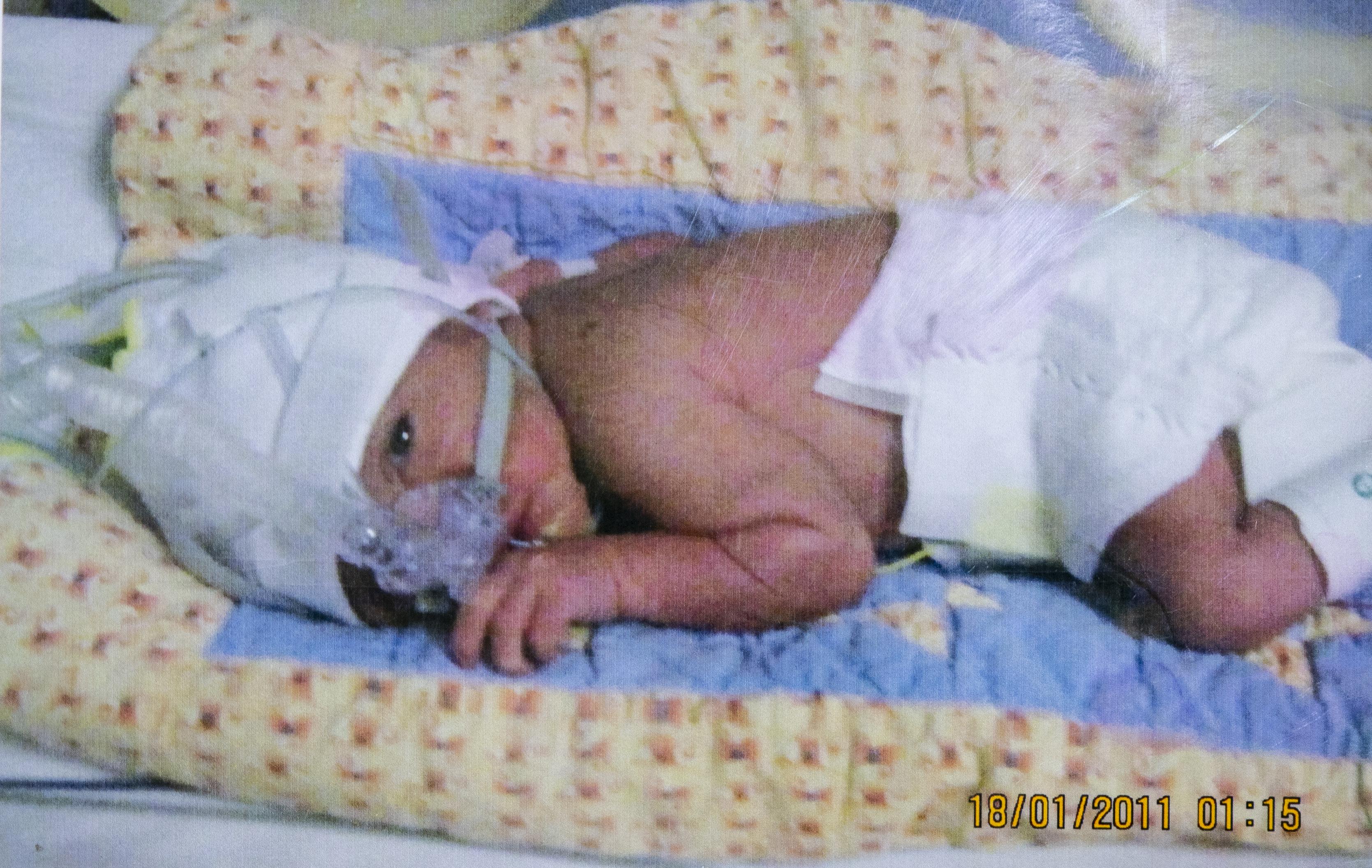 That’s why The Sun is asking our army of generous readers to support Bliss in our Light Up Christmas appeal.

It’s work includes training doctors and nurses to involve families in the care of their babies, funding vital research into premature babies and pain, and providing emotional support to families via their cot-side volunteers.

Sara’s mum, Samar, 40, said: “When your baby’s not well, it’s an incredibly stressful time. I was very lucky that Sara didn’t have severe problems or disabilities, like some premature babies.

“But even so, as a first time mum, I wasn’t any less anxious than any other parent in neonatal intensive care.“I really admire the work Bliss does. Just knowing there was always someone there if I needed to talk was a huge support.” 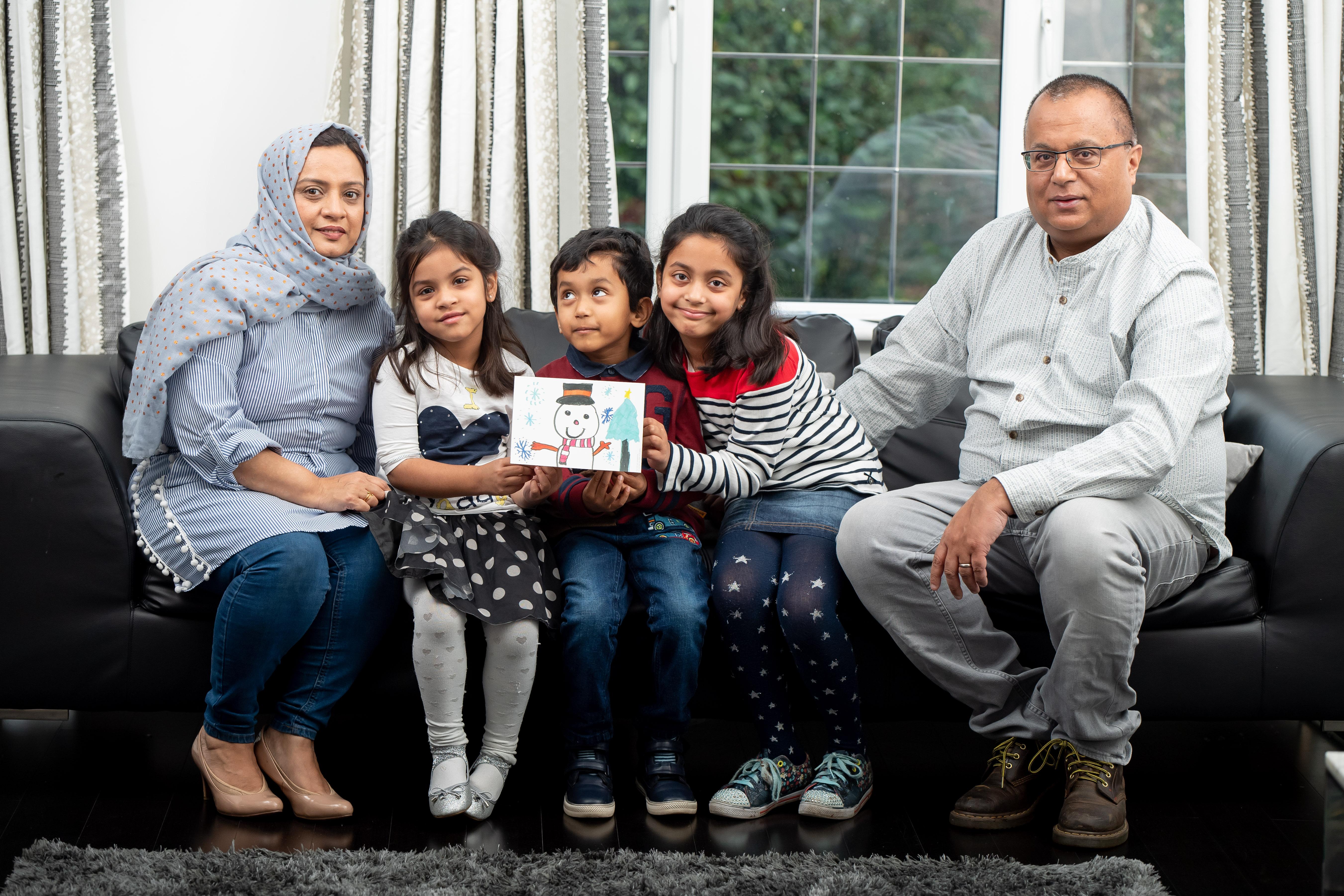 Samar, a physiotherapist, had Sara at St Thomas’s hospital, London, on January 17, 2011. She weighed 2lbs 9oz, and needed help to breathe as well as a feeding tube.

She said: “I had a check up and I knew something was wrong because I couldn’t feel her moving. I was told she was fine and there was a heartbeat, but that night my waters broke. There wasn’t any reason for it, it just happened. Thirty six hours later, I had an emergency Caesarean section.”

Four years ago, Samar and husband Farid, a 45-year-old contractor, had twins Sophia and Noah – and again spent time on neonatal.

Samar had been on bed-rest from 28 weeks due to severe pelvic pain, and believes that helped keep the twins in place until 34 weeks.

She said: “Noah spent six weeks in neonatal. That was even more difficult than the first time round because then I had Sara and Sophia to care for at home. I felt guilty because I didn’t spend as much time with him in hospital as I did when Sara was born.”

As for the Christmas card, Samar is delighted with her daughter’s talents.

She said: “I saw the competition on Bliss’s Facebook page and just asked Sara to draw a Christmas picture. I didn’t tell her what it was for, and I never expected her to win.

“It’s a lovely drawing and it’s so nice to know it’s helping such a good cause.”