Following the news of Blake Shelton and Gwen Stefani’s engagement, we’re finally getting a better look at Gwen’s stunning new engagement ring from the country star!

Blake Shelton did GOOD! The 44-year-old proposed to longtime girlfriend, Gwen Stefani, in mid-October, and on Nov. 15, she finally showed off a close-up look at her engagement ring. Gwen posted several videos of herself waiting in the car while Blake attended the People’s Choice Awards, and she flashed her massive sparkler in front of the camera while filming the selfie clips.

Fans were absolutely thrilled when Blake and Gwen took to social media to announce their engagement on Oct. 27. In their announcement post, the lovebirds shared a sweet kiss, while Gwen held up her left hand for the camera. The surprise proposal came right around the pair’s five year anniversary — they got together on the set of The Voice in 2015. 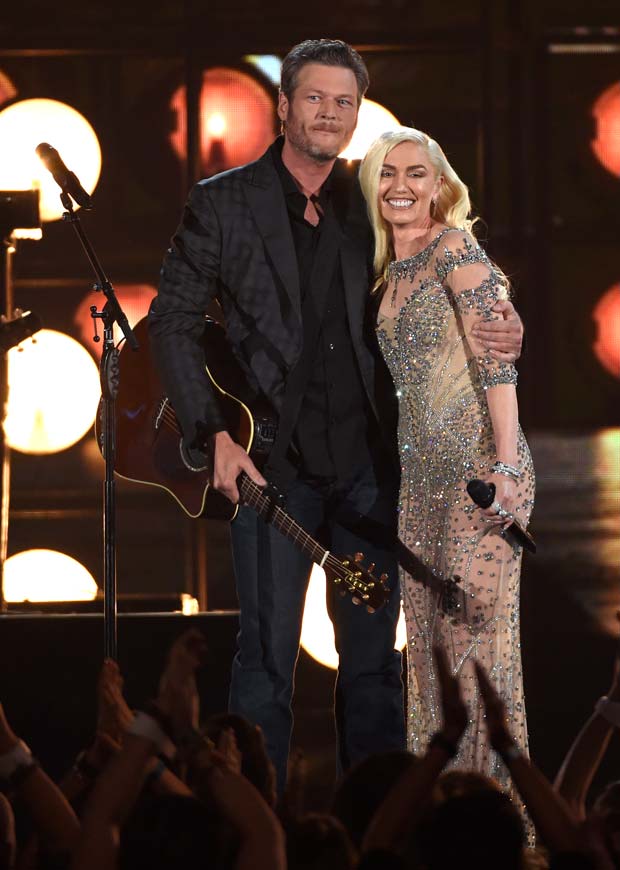 Blake and Gwen’s relationship began in the most unexpected way. In the fall of 2015, they were both dealing with the aftermath of their respective divorces (Blake split from Miranda Lambert after four years of marriage that July, while Gwen ended her 13-year marriage to Gavin Rossdale in August). As they were both trying to recover from their heartbreak, they bonded over their shared experiences while filming The Voice….and the rest is history!

This will be Blake’s third marriage. Before Miranda, who he wed in 2011 in Texas, he was married to Kaynette Williams, who was his longtime girlfriend before they tied the knot in 2003. Unfortunately, the marriage was fairly short-lived, and they split in 2006. Meanwhile, Gwen met Gavin in 1995, and they wed in 2002. Before that, she was in a long-term relationship with her No Doubt bandmate, Tony Kanal, from 1987 until 1994. 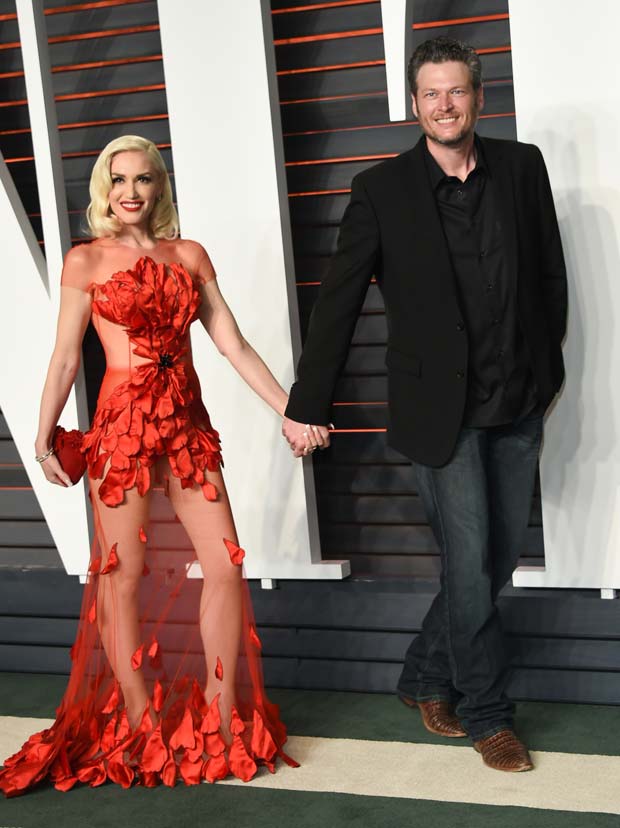 Blake has no children of his own, but Gwen shares three with Gavin. Their oldest son, Kingston, is 14, followed by two more boys, Zuma, 12, and Apollo, 6. The boys have all grown incredibly close to Blake over the last five years, and he’s majorly stepped up as a second father figure to them.

This fall, Blake and Gwen are back on The Voice together once again. The episodes that are currently airing were pre-taped over the summer, but later this fall, the show will be live — which means we’ll get to see the happily engaged couple in action on our television screens week after week. Now…when’s the wedding?!