Holly Willoughby was brightening up TV screens today as she returned to This Morning alongside her co-host Phillip Schofield. The mother of three was perfectly dressed for the scorching heatwave, despite the pair’s recent complaints that the studio is always on the chilly side. Holly revealed her outfit for the show ahead of the 10am air time, posting the look on Instagram to her millions of followers.

After wowing fans in a beautiful milkmaid dress from & Other Stories yesterday, with a sweetheart neckline and a black and white floral print, Holly chose something a little bolder today.

The star wore a sunshine-yellow midi dress in a bright red and green floral print, with oversized pearl buttons – a detail that can often be spotted in her fashion choices.

The vintage-style print featured peonies in a strong red shade, with a flattering tea dress shape.

Holly looked happy as she shared the snap on her Instagram, with a selfie of her wearing the mustard-yellow dress. 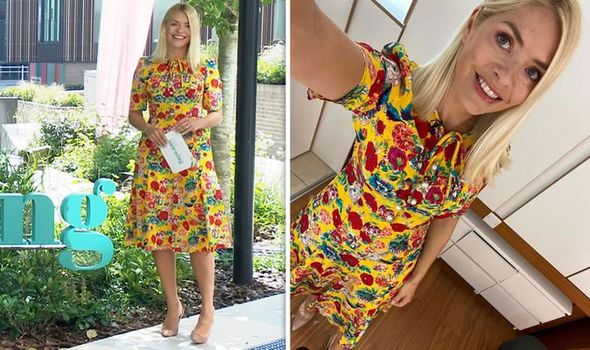 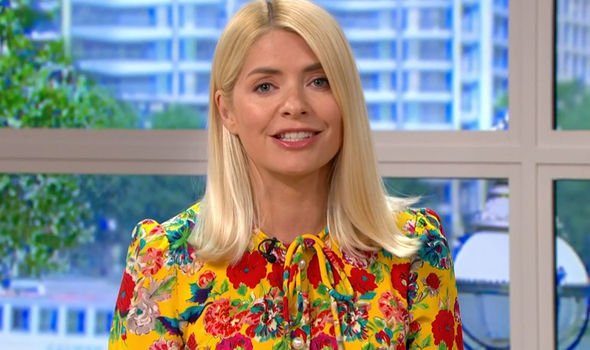 “Morning Wednesday… it’s going to be a scorcher! See you on @thismorning at 10am,” Holly wrote to her adoring fans.

She revealed that the show stopping dress was from British brand LK Bennett – and it’s still in stock.

The silk dress is also available in an abstract block print in red and lilac too, and is the perfect dress for a staycation this summer.

It’s available in sizes 6 to 18, and hasn’t sold out just yet – though shoppers will have to be quick to get the look.

Holly is known for causing dresses to sell out at speed as her fans copy her immaculate style.

Holly paired the look with her trusty Gianvito Rossi nude heels, which are priced at £530 – a pair she wears almost daily with her chosen midi dresses.

The star is not the only one to regularly add LK Bennett to her wardrobe either, with many royals being spotted in the label.

Kate Middleton is a particular fan, and has been described as having an unwavering loyalty to LK Bennett after wearing their dresses and outfits in public multiple times. 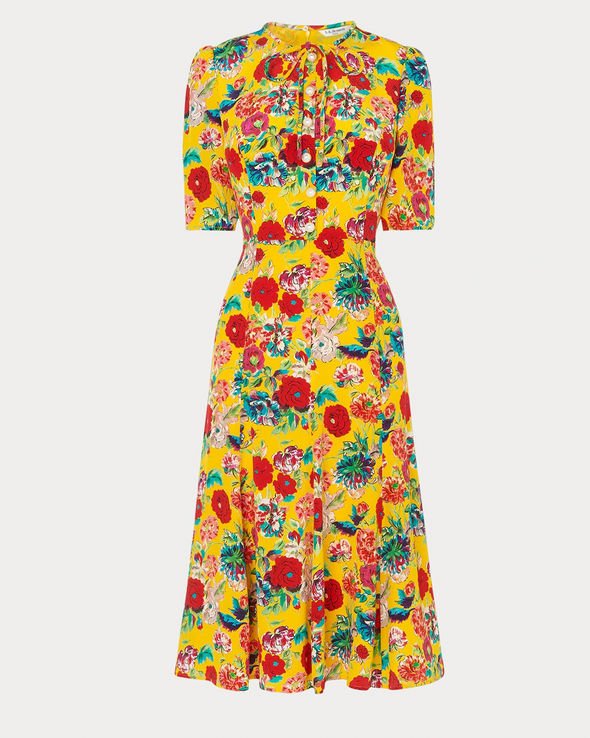 The most iconic example was her blue-and-white poppy print Lasa dress that she wore in 2014 for a tour of the Royal Australian Air Force Base, which she then wore again for a later royal engagement.

Like Holly, Kate is known for causing shops to sell out of the items she wears as fans try to steal her style.

Holly started the show outdoors today with Phillip as the pair talked about the gorgeous weather and the excitement of the heatwave.

Holly wore her hair differently for Wednesday’s programme, with her sleek bleached long bob looking longer than ever with a straighter look, rather than her signature waves. 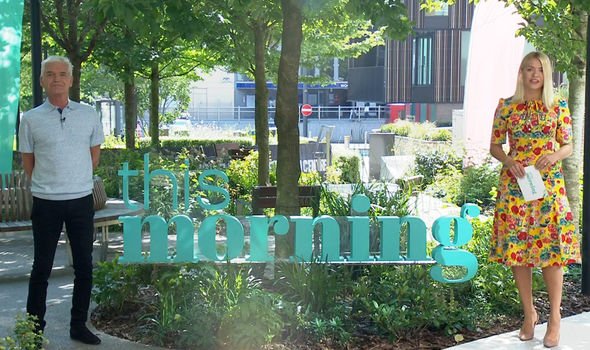 Holly has been doing her own hair and makeup for the show in recent months, as the hair stylists and makeup artists are unable to work due to the social distancing guidelines.

Fans were sad to miss Holly on Monday’s show as she was replaced at the last minute by Davina McCall.

But Holly had taken the day off in order to take her three children to school for the first time since the lockdown began.

She started Tuesday’s show by thanking the team for letting her take time off, saying it was emotional seeing her kids go back in as she’s used to having them at home.