A BODY builder had to have surgery after he tore his pectoral muscle in the gym. 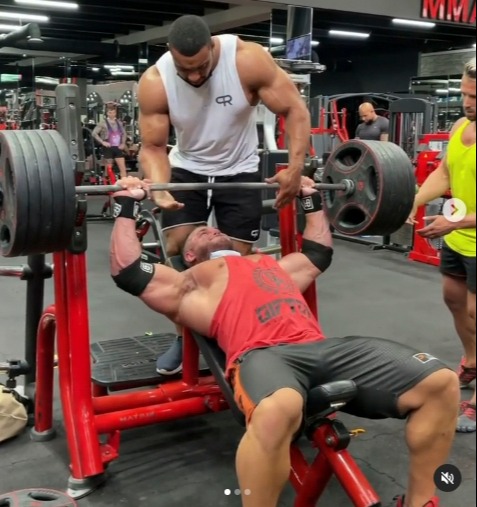 Led on the bench, his trainer, known as Larry Wheels on Instagram, is spotting him to make sure he doesn't drop the weight on his head.

It's not clear from the video how much weight Ryan had been pressing, but it is thought to be over 180kg.

As he lowered the weight towards his chest – he is visibly struggling but continues to lower it.

Once the bar reaches his eye level you can see his pec almost pop out.

He jumps of the bench in agony with Larry holding on to the weight.

Ryan said that the muscle had been torn "right off the bone" and he later received surgery at the King's College Hospital in Dubai. 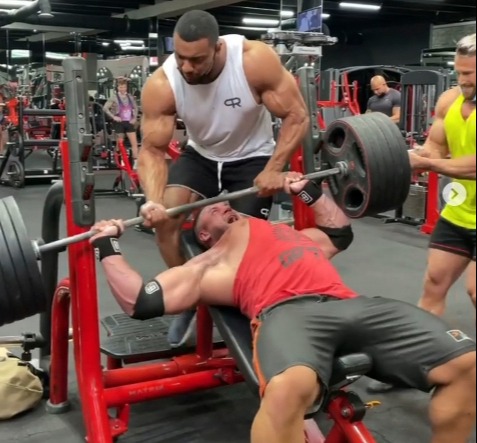 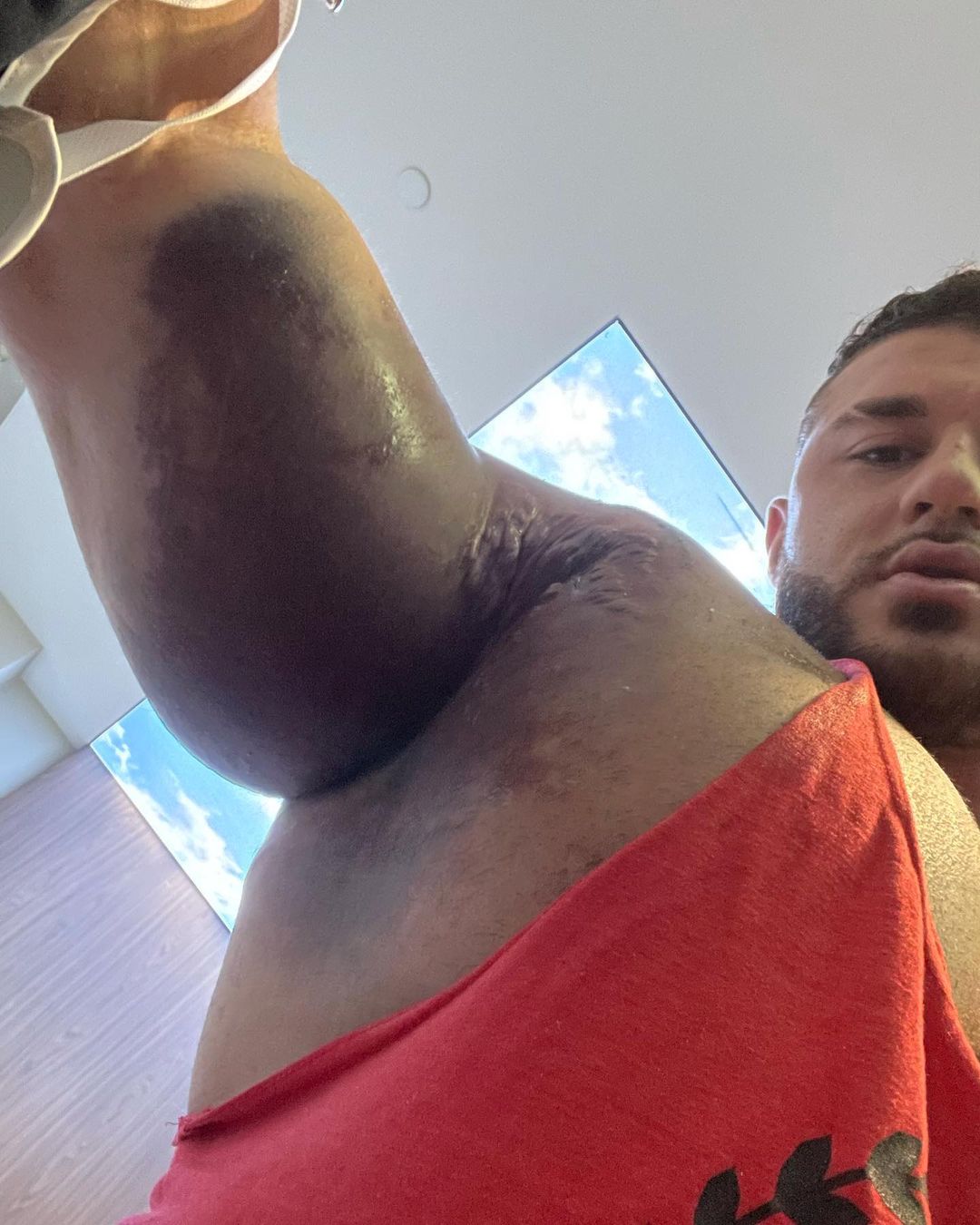 Larry created a GoFundMe page to help raise the funds for Ryan's surgery.

Ryan is from the UK and his insurance did not cover his medical expenses in Dubai.

Ryan had the surgery three days ago and posting to Instagram said: "The surgery was only meant to be 1 hour but unfortunately took 4 hours."

He said it took longer than expected because the doctor had to completely reconstruct his pec after he tore the tendon off the bone and then the muscle off the tendon.

Ryan added: "I also had a minor tear in my bicep. Dr also had some issues re attaching the tendon due my bones being so dense, my bones broke the tools used to reattach the tendon." 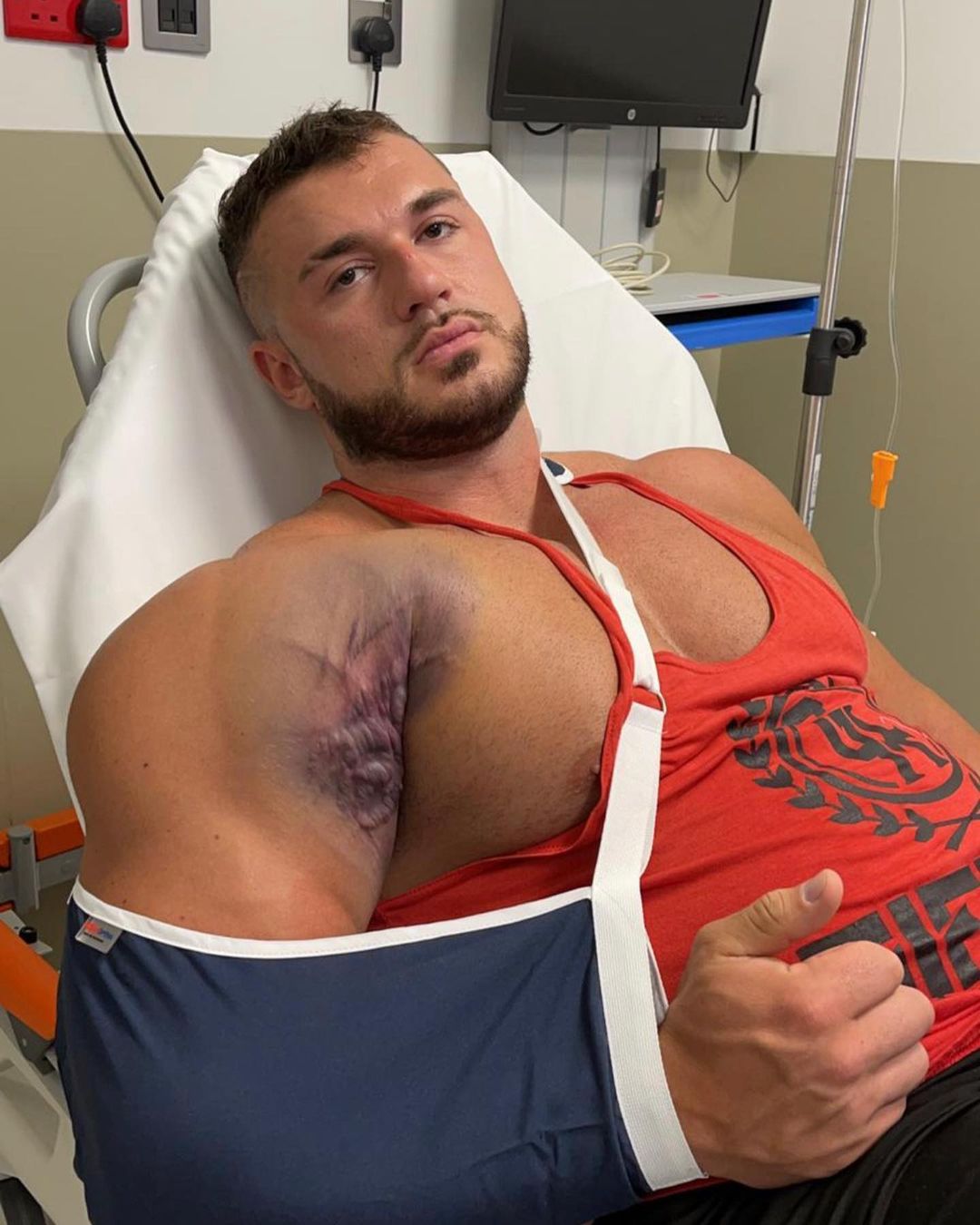 He is now out of hospital and recovering at a hotel in Dubai.

Ryan thanked medical staff and said it had been painful both mentally and physically.

Posting on social media he said: "I’m still in a lot of pain right now, my whole body is swollen from my toes to my hands, my stomach is extremely bloated and literally has a sack of fluid and inflammation, which literally wobbles as I move.

"The real road to recovery starts now, there’s a huge plan I need to follow to get this arm back into daily life then even further again getting it back into the gym."

As coronavirus cases drop, governors may gamble on bars. Again. – The Denver Post