FOR pet owners the idea of losing track of their fury friend is enough to make them break into a sweat.

One TikTok user Giavanna, @giavannaaaa__, documented her experience of losing track of her precious kitty just after she redecorated her bathroom. 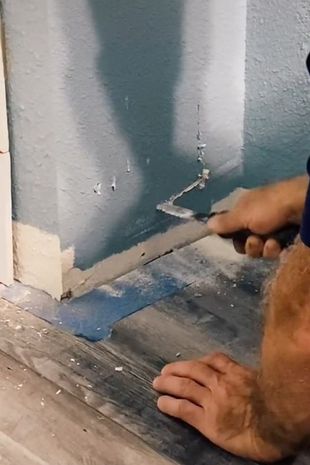 In the short clip, she then showed a man cutting a square out of the wall to allow the kitty to break free

She uploaded the video with the comment: “So our tile went up today and I heard a meow… my cat got stuck in the wall.”

The clip has been viewed more than 8 million time, and fellow TikTokers were confused as to how the moggy got caught in the wall in the first place.

One said: “How? Did he get inside there?”

To which Giavanna replied: “Our house has been getting remodelled since July. There was nothing closing off the wall so he made a hiding spot out of it.

“When the tile got done yesterday my dad and I forgot about the tile getting done and the cat being in there.

"I went in later that night and I heard him and that’s where this happened.

“It was funny to us since he just stayed there while everything was getting done.”

Once the wall was cut it still took the bewildered pet an hour to come out from behind the wall. 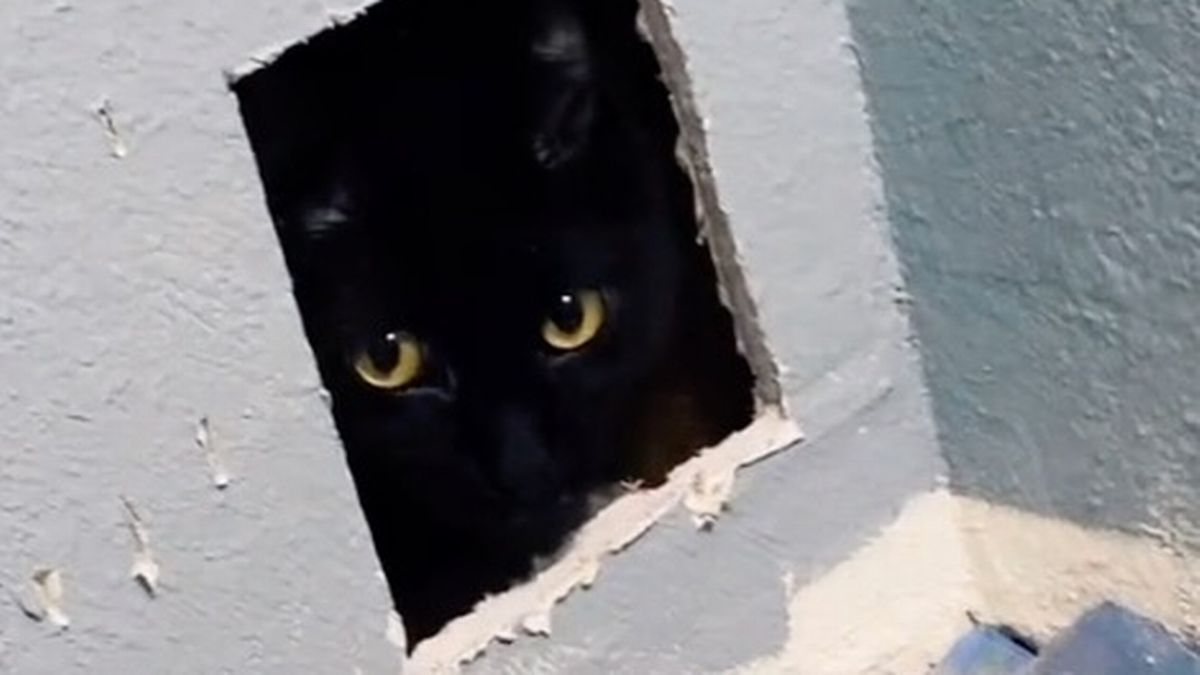 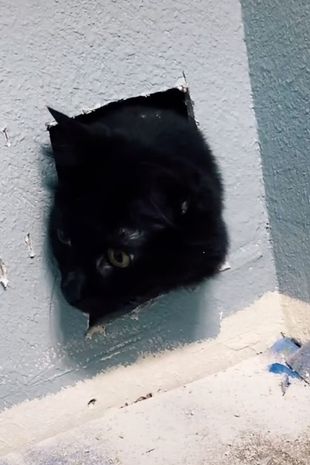 In other news we asked if people could recognise the 27 films hidden in this iconic scene.

Plus we challenged people to identify all 24 movies from this tricky emoji quiz.

In other news, we challenged you to spot the bee among the flowers.