Home » Fashion » How often do YOU snog your partner? Three women kiss and tell… including one who smooches every day to ‘keep the passion alive’

Rom coms aside, in reality this is the bloke who has probably seen you on the loo and regularly leaves his pile of dirty undies on the floor for you to chuck in the washing machine. 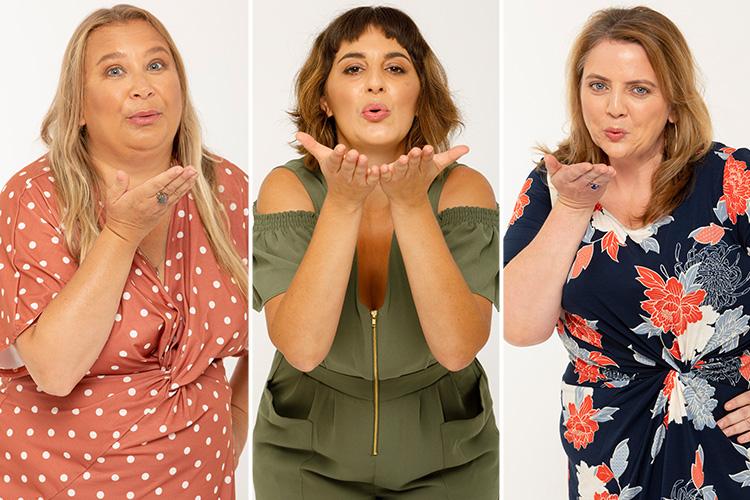 But does snogging regularly keep the romance alive in a relationship?

The question was recently posed by a Mumsnet member, who admitted they haven't had anything more passionate than a peck on the lips in six years.

More than 200 women waded into the debate, with some claiming it's best left to teenagers, while others refused to snog when stubble is involved because it’s like "kissing sandpaper". 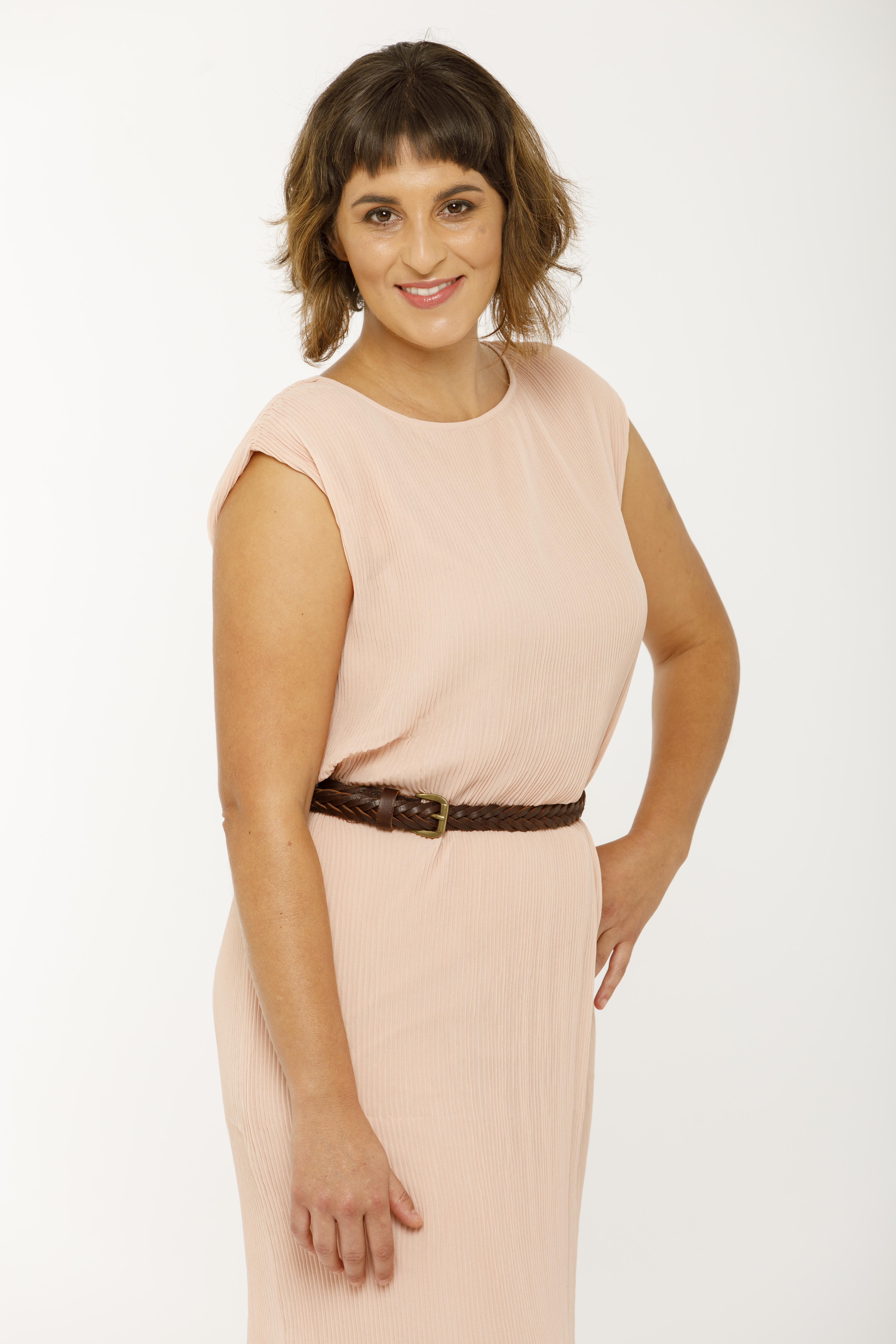 I am a very sexual person and my partner and I have sex a few times a week.

Even though we’re new parents, during and after the pregnancy we didn’t change the amount of times we had sex.

Sex is the bedrock of any relationship. But snogging isn’t.

That’s why we never snog in bed – or out of it. 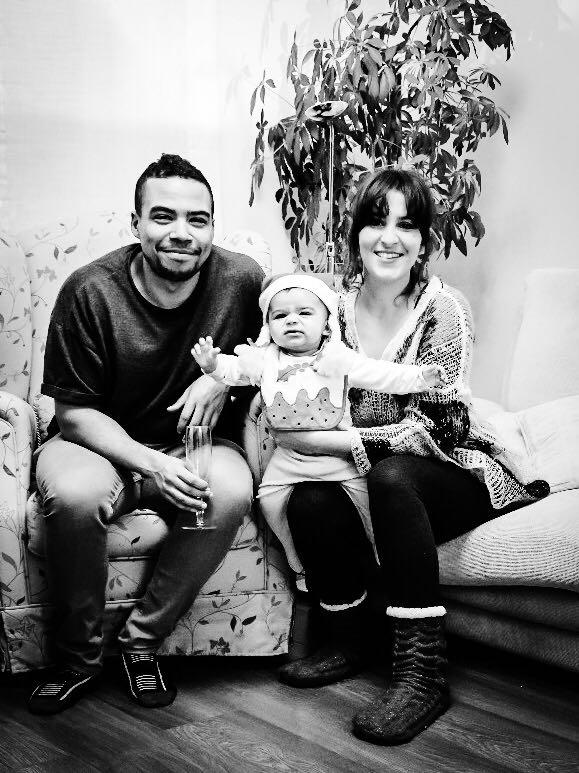 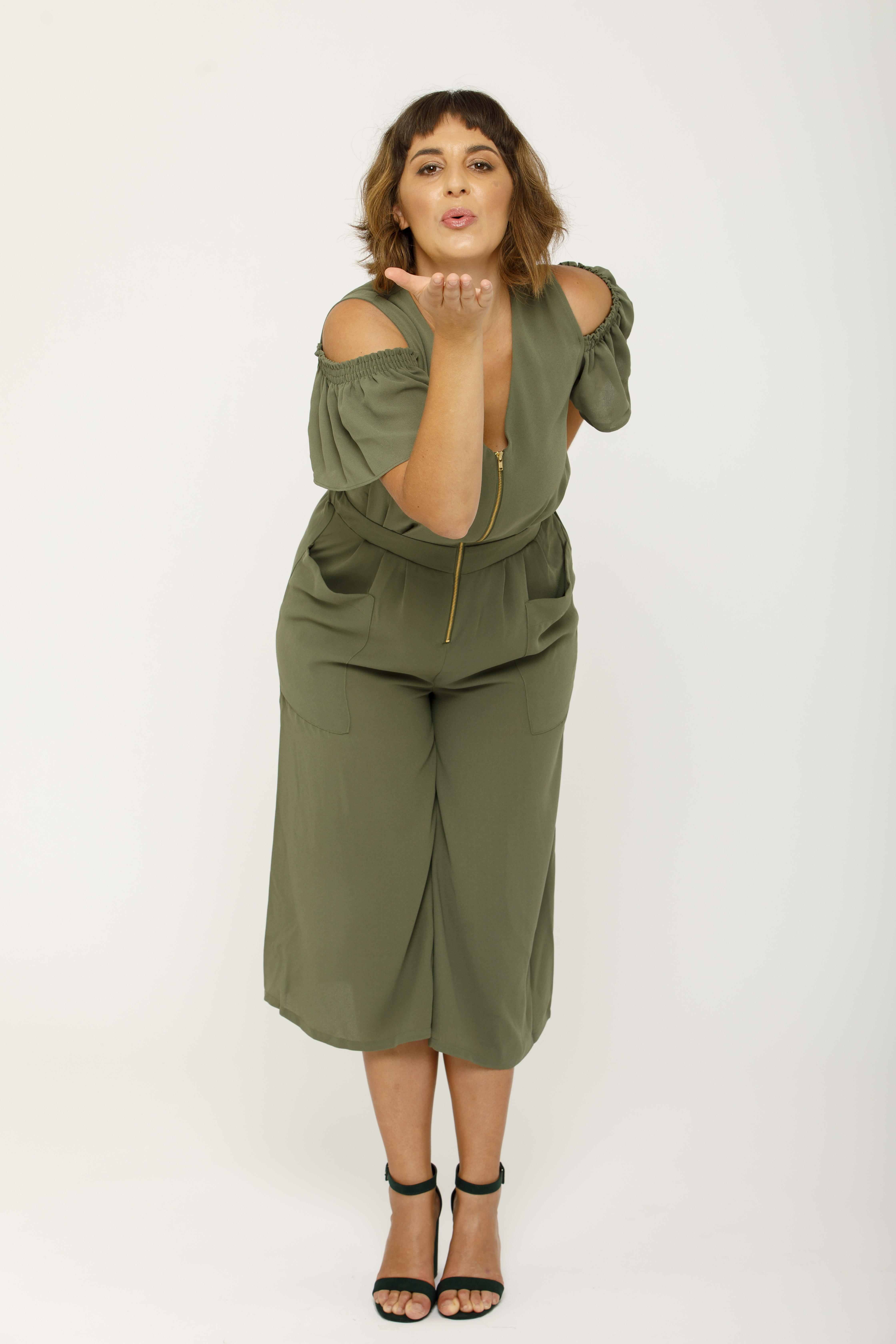 I put it down to the fact that I’m a clean person. I don’t enjoy spontaneously exchanging body fluids. I’d need to check my breath, brush my teeth – but then there's nothing impulsive about it.

That’s not to say we have a loveless relationship. I’m very tactile with Derek. We love to snuggle on the sofa together in the evenings.

I’ll kiss him on the cheek first thing and then again when he comes home from work. We do embrace and cuddle at the same time too. Our bodies touch and that sensation is far more important for me than sticking my tongue down his throat.

Sex is the bedrock of any relationship. Snogging isn’t.

When we first met four years ago, we were friends for a year. It was a slow burner for us. That’s why I knew he was The One.

When I was younger and in my teens I had other relationships. The first thing you do is experiment with one another, and I was no different.

Snogging is the kind of thing kids resort to doing together because they aren’t old enough to have sex.

I did my fair share of snogging back then, but if I’m honest I was never really that into it. It isn’t a massive turn on for me.

Today I’m nearly 40 and I’m confident in my own skin. I'm happy to say it just isn’t something that interests me or sexually excites me. 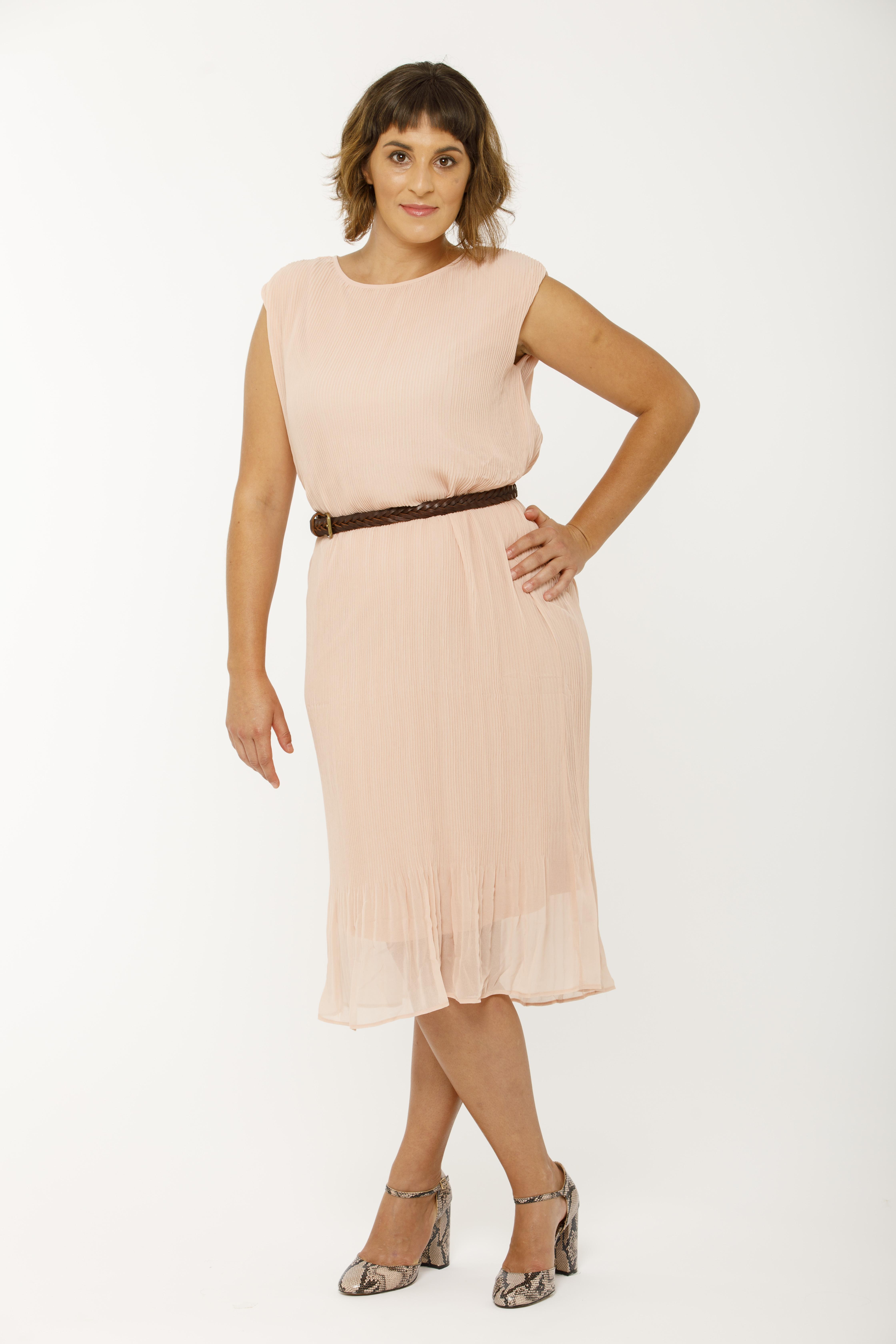 Sex is the focus for us. When it happens it is really special. The physical side of our relationship is crucial. I get turned on caressing and touching my partner – his hair, his chest, his body.

I’m more into the physical touchy-feely side of the relationship than Derek is. It’s not because he loves me any less. His star sign is Gemini and they need their space – so I do respect that side of our relationship.

Snogging isn’t a deal breaker for either of us. We’re in love. We have a great sex life. We are parents.

Sometimes we only have to look at one another and we head to the bedroom – what could be sexier than that?

Sara Collins, 48, is a stay-at-home mum and lives in Shoreham-by-Sea, West Sussex, with her husband Graham, 50, who is a carer, and their children Ella, 18, Jude, 14, and Jake, ten. Sara says they only snog when they have sex… 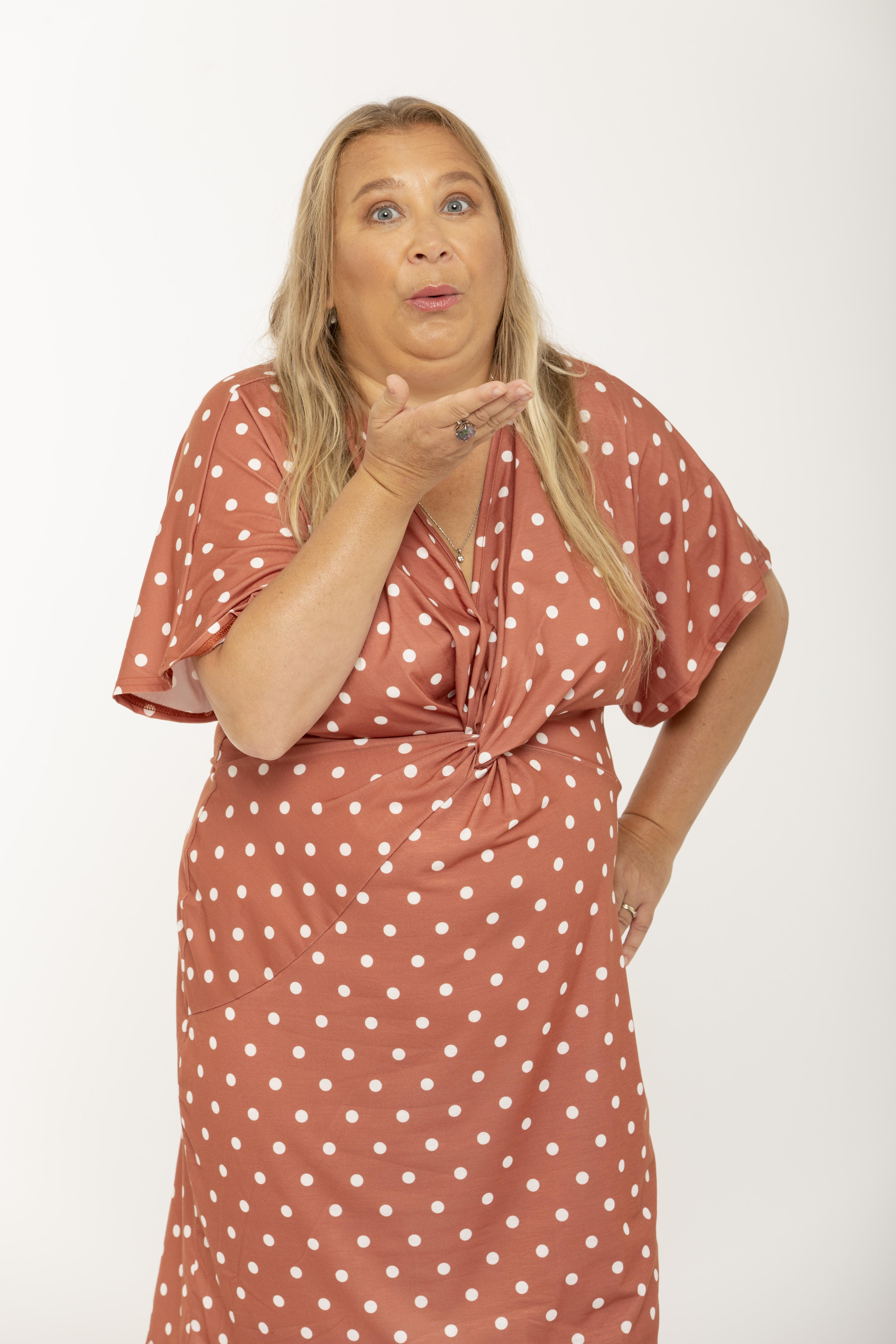 Even though our first snog happened 25 years ago I still remember it. I’d been single for two years and had got it into my head that I’d be a spinster for the rest of my life.

We met through friends and hit it off. Our first date was a week later. It was dead quaint. We had tea and cake in the Sussex village where I was living at the time.

At the end of it I asked him if I could kiss him. I had butterflies in my tummy I was so nervous. Our mouths opened, my tongue found his and it turned into a full-on snog.

I’ve never done drugs, but the physical high I felt was amazing. It sent electric tingles throughout my body.  I was 23 and yet it was the first time a kiss had made me feel like that. 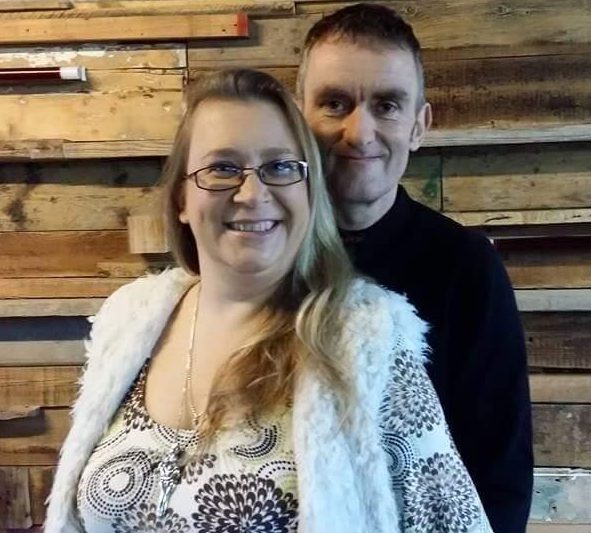 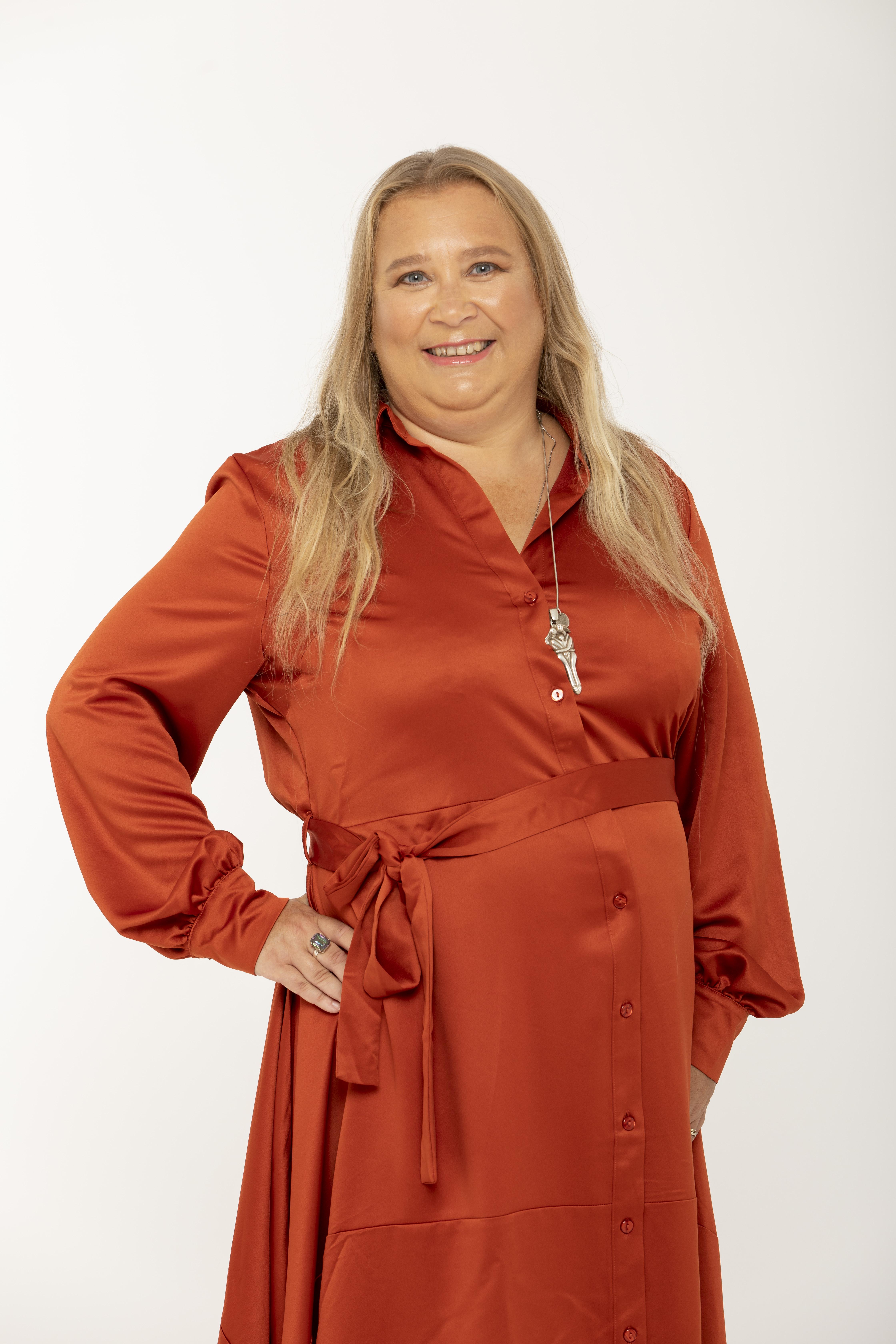 We’d regularly snog throughout the first five years of our relationship. It was pretty much every day. There has always been an intense physical attraction between us. Then our first child, Ella, came along and things changed.

When you have a newborn, the whole world revolves around them. We never spoke about how the "kissing" side of our relationship should or shouldn’t change. Instead we only snogged when we made love.

As the next two children came along, sex became a rarity for a number of years. We’ve always been very affectionate with one another, and hold hands when we're out, but that intense level of intimacy isn’t always there.

We do snog when we have sex. Anywhere else in the house is awkward.

For starters, the kids HATE us even having a cuddle. If we get caught in the kitchen, our 14-year-old shouts, “yuck!” while our youngest wants to join in and have a group hug!

We’ve also got my mother-in-law living with us. We get along well, but the last thing she wants to see is us snogging like a pair of teenagers!

We do snog when we have sex. Anywhere else in the house is awkward. There are six of us under one roof.

While Graham would love to do both more often, I’m always worried the kids will barge in. Don’t get me wrong, I enjoy it. 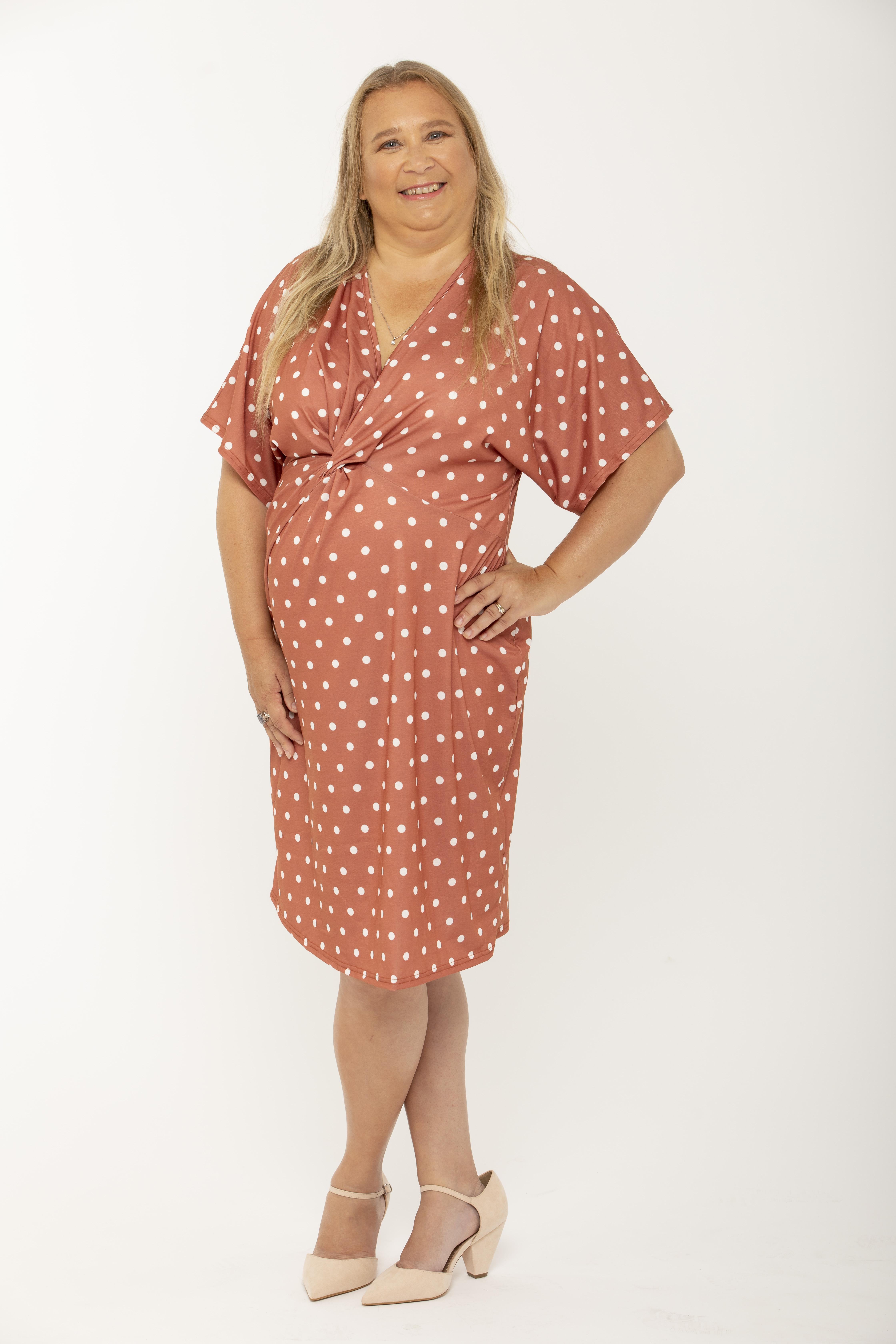 When we’re intimately kissing and having sex it takes me back to when we were in our 20s. I fell young and alive.

I reckon in ten years’ time when we're staring at empty nest syndrome, then things will pick up again.

Snogging is important at the start of a relationship. But when you’re a family, it is something that is best kept behind the bedroom door.

After 25 years together, if I need to snog every day to demonstrate our relationship is solid, then there's a big problem in our marriage.

So how important is kissing in a relationship?

It found kissing in a relationship may be one partner’s way of getting their other half to stay with them.

The study, which quizzed 900 people about the importance of kissing, showed women generally rate it as more important in a relationship than men.

Men and women who rated themselves as being very attractive, or who had more casual encounters or short-term romances, also rated kissing as more important.

Body Positivity Coach Bridget Zyka, 39, is married to Aldo, 35, a builder, and lives in Acton, West London. Bridget says despite being together for three years, they still snog every day… 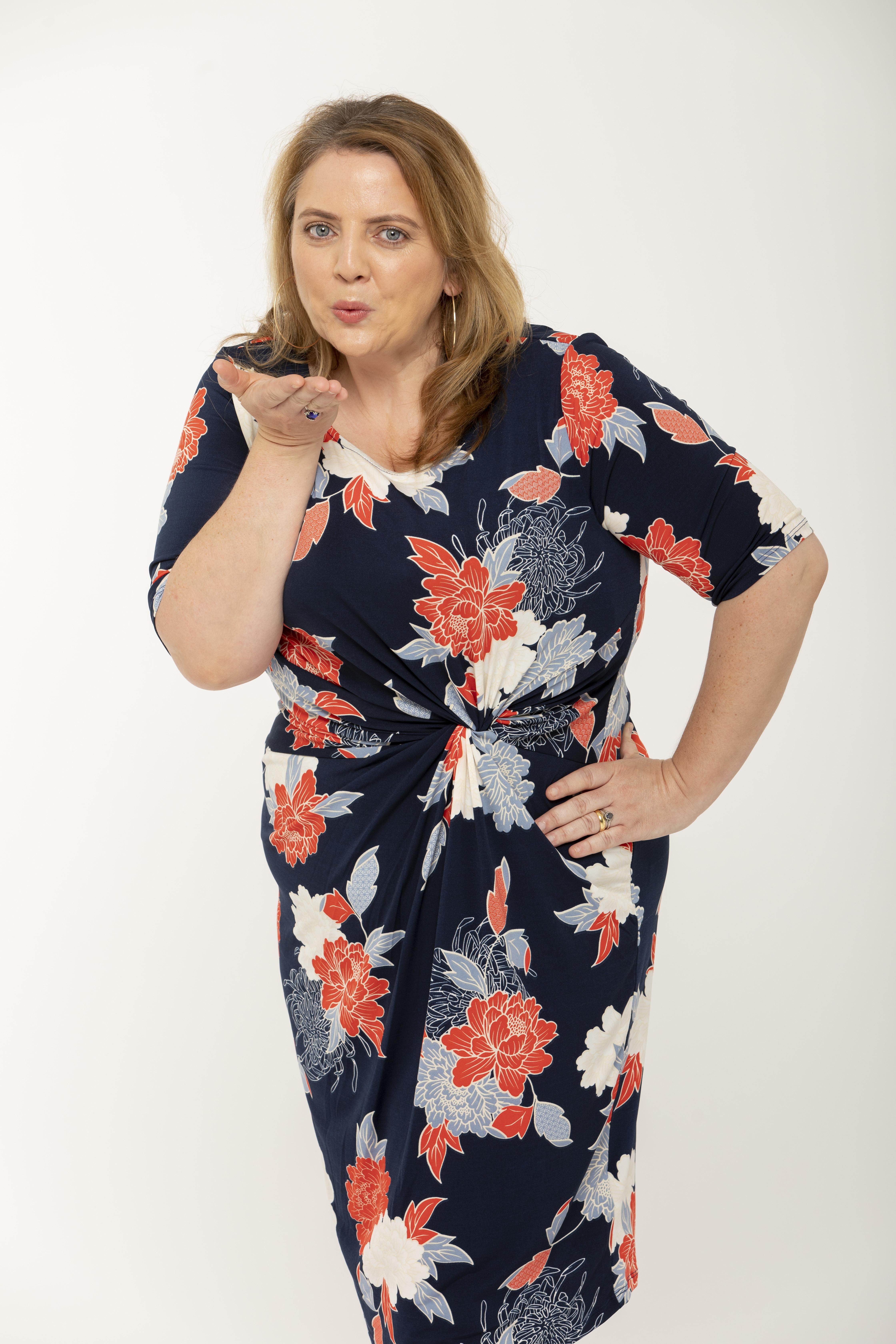 I snog my husband every day. It is vital to our marriage to keep the passion alive. I can't understand why all couples don’t do it.

On our first date we had dinner at a posh restaurant in Covent Garden. Halfway through, Aldo leant across and said, “Can I kiss you Bridget?”

Our lips met and then parted, the snog only happened for seconds. But in those magical moments, it felt like I’d finally come home. My entire body twitched. It was like being a teenager again. I couldn't get enough of him.

From that moment on we were joined at the hip. In the early days we were even kicked out of a pub once for passionately kissing – the staff kept tutting and trying to interrupt us moaning, “There are kids in here!” 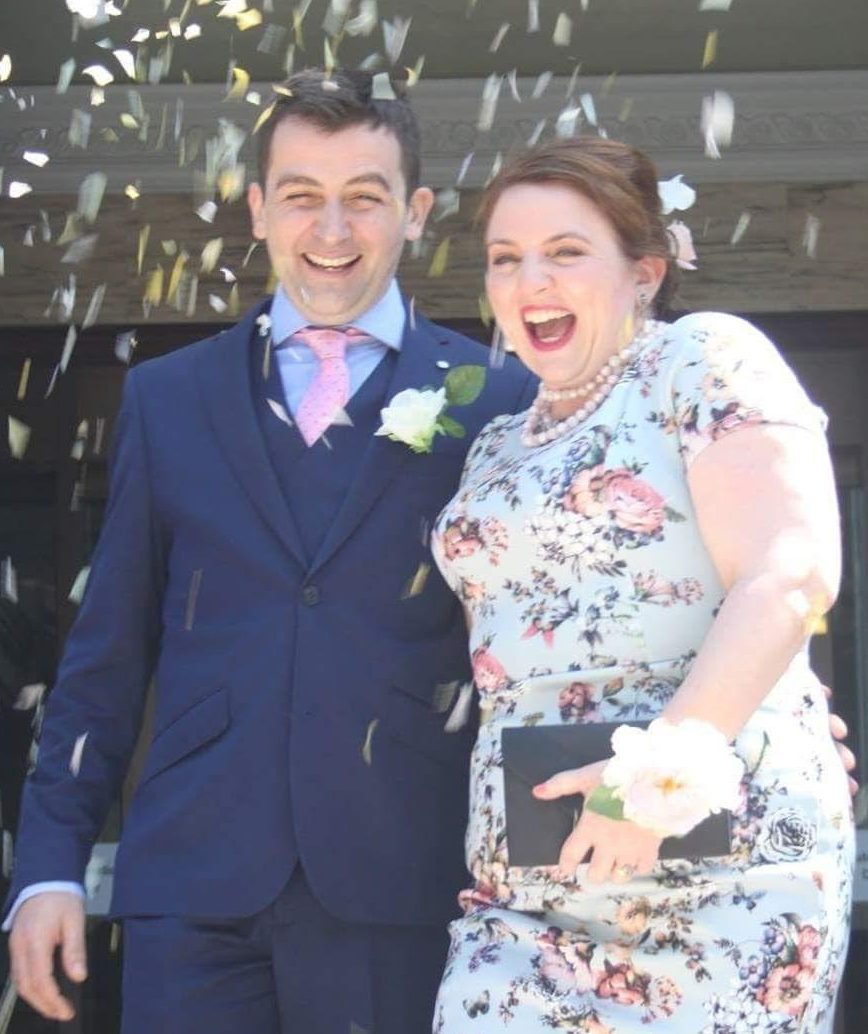 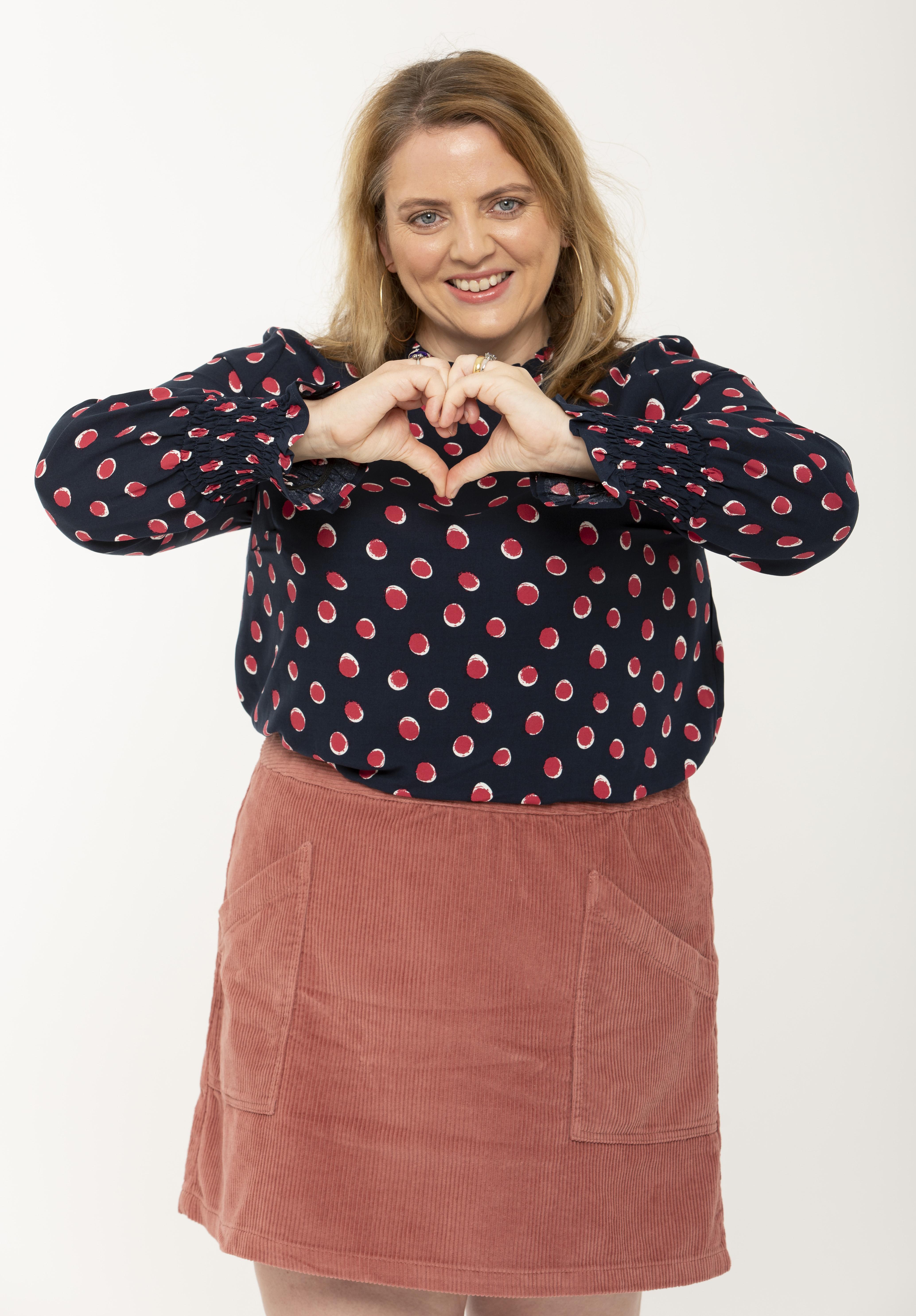 Only in the UK would snogging be seen as a no-no in front of children! If we’d have been in Spain, Italy, or any other of the Latin southern European countries, I suspect no one would have batted an eyelid.

We’ve been married now for almost a year and a half. We still snog every day. It keeps the passion alive in the relationship. From the moment I said, “I do!” I vowed to keep our romantic life passionate.

It’s me who mostly initiates the daily snogs. I adore expressing my emotions this way. Aldo loves it – I don’t think he’s met anyone who kisses as passionately as I do!

Snogging is more important than sex. Anyone can have a bonk

I wouldn’t do it in front of my in-laws or older people. In my book that is disrespectful. Neither would I do it on the street.

When life is up and down, a cheeky snog with my husband puts everything into perspective and always leaves me on a high. Why wouldn’t I snog him every day? A good smooch with tongues can get us up and out the door in a positive frame of mind and it can melt away the stress at the end of the day. 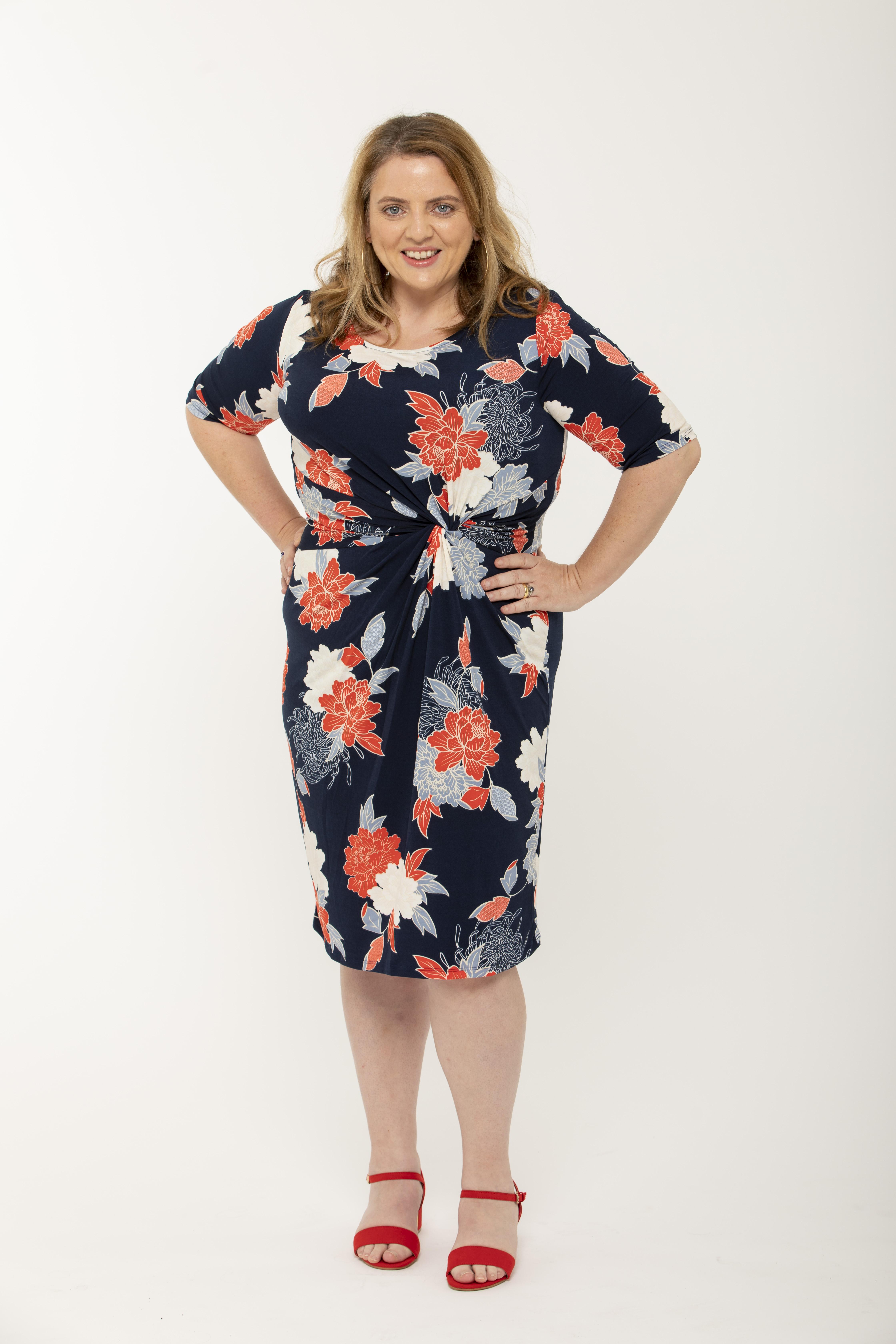 If you’re not snogging daily, then you might as well be brother and sister. There has to be a consistent romantic and sexy spark in a relationship.

Snogging is more important than sex. Anyone can have a bonk – often love doesn’t come into it nowadays. It’s a basic physical act that even animals do.

But a kiss is way more intimate. When you hold someone’s face in your hands, pull them towards you and brush your lips against theirs, it’s the ultimate intimate gesture.

So, where do you stand on the debate?

All styled by Isabella BucklandJones

We previously brought you a workout for your pout and how to give your partner the perfect snog.

And here are some of the most famous kisses in history.

Love real life stories? We're always on the lookout for case studies to feature on Fabulous Online. Join our Facebook group and you could make money by telling your story.

iOS 14: The simple way to make sure you get this iPhone upgrade before everyone else