Home » Fashion » How old is Meghan Markle, what age will she be when she gives birth to her baby and when was her wedding to Prince Harry?

She was walked down the aisle at Windsor Castle on May 19 by her new father-in-law, Prince Charles – here's the Duchess of Sussex's story and how she fell in love with her very own Prince Charming. 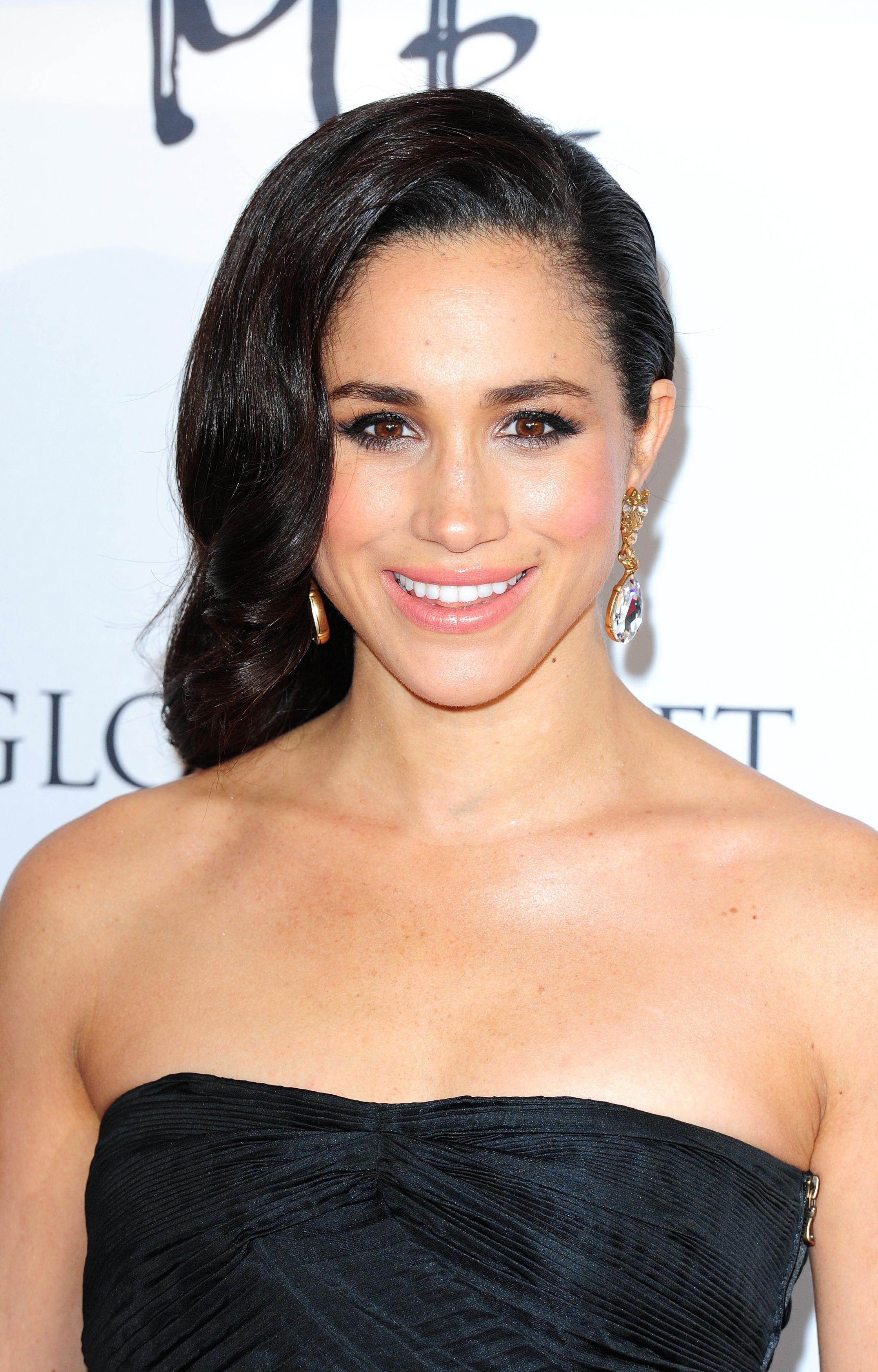 Who is Meghan Markle and how old is she?

The actress was born and raised in California but in later life lived in Toronto, Canada, where the TV show Suits is filmed.

When she was little, Meghan spent a lot of time on the set of US TV show Married… with Children because her dad was a photography director on it.

Meghan was "discovered" at a party but while her career was starting out she worked as a freelance calligrapher. 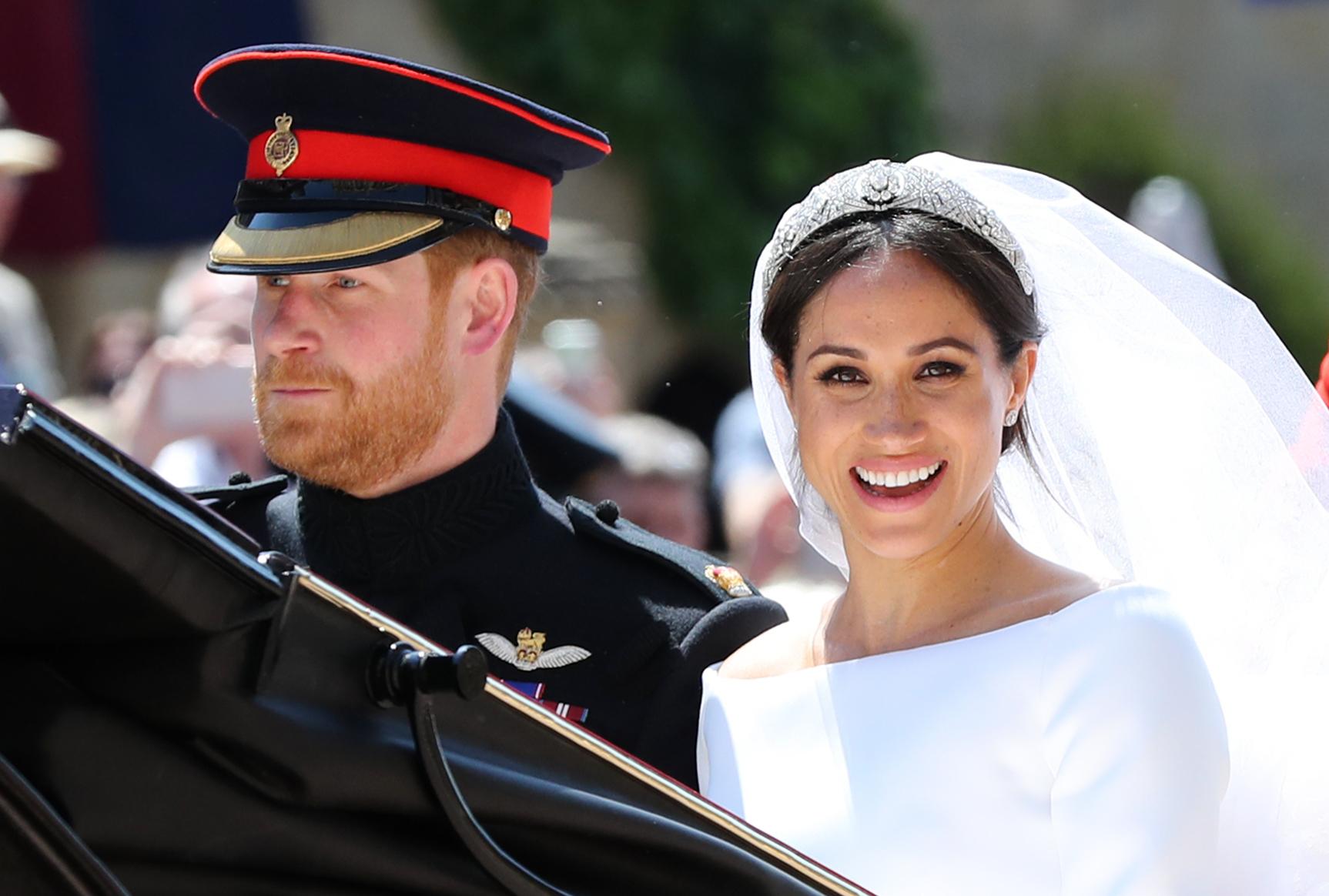 Her mother, Doria Ragland, is a yoga instructor and social worker.

Her father, Thomas W Markle, won a Daytime Emmy Award for Outstanding Achievement in Lighting Direction for a Drama Series.

Doria is African-American, while Meghan's father is Dutch-Irish, and the family were victims of racial abuse when Meghan was younger.

Meghan is 5ft 6in compared to her husband's 6ft 1in frame. 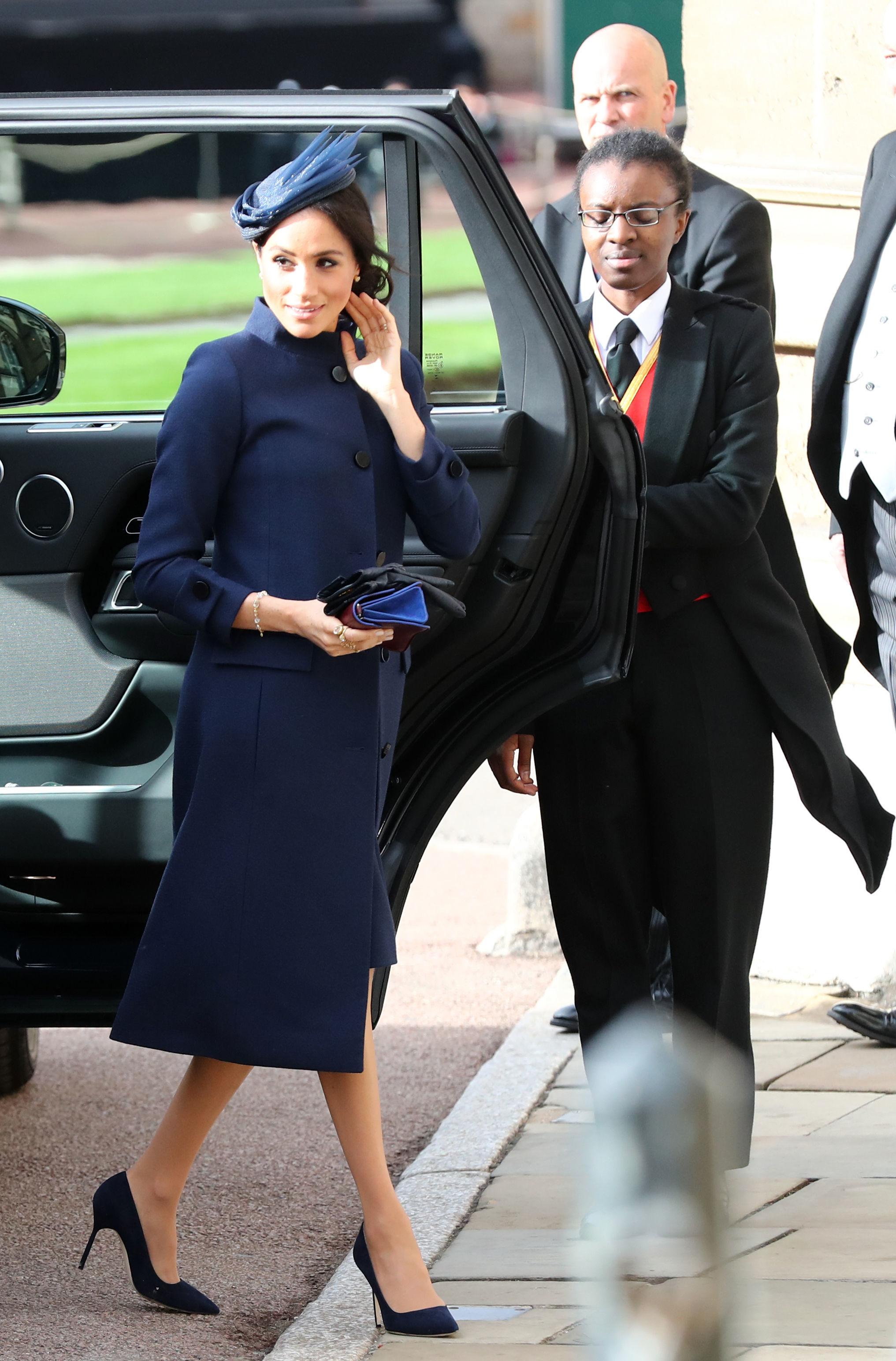 When did Prince Harry and Meghan Markle get married?

The highly-anticipated wedding between Prince Harry and Meghan Markle took place on May 19, 2018.

The couple tied the knot at St George's Chapel, Windsor Castle, where Harry was christened when he was three months old.

During the ceremony, Harry told his blushing bride "you look amazing" and whispered "I've missed you" in a union that brought a measure of modern Hollywood glamour into the 1,000-year-old monarchy.

In a service that combined modernity and the ancient rituals of a royal house that dates back to 1066, Prince Charles, heir to the throne and Harry's father, accompanied Markle to the altar from the middle of the chapel.

Royal experts have hailed the ceremony as "ground-breaking", saying the couple have thrown the royals into the 21st century.

It has been announced that the newlyweds will live in Nottingham Cottage at Kensington Palace.

How old will Meghan be when she gives birth?

Kensington Palace announced the couple are expecting their first child via Twitter.

The palace tweeted on October 15, confirming suspicions The Duchess was expecting.

“Their Royal Highnesses have appreciated all of the support they have received from people around the world since their wedding in May and are delighted to be able to share this happy news with the public.”

The baby will be due in spring, with speculation he/she was conceived during their royal tour of Dublin in July.

With Meghan's birthday in August, she will be 37-years-old when she has her first child. 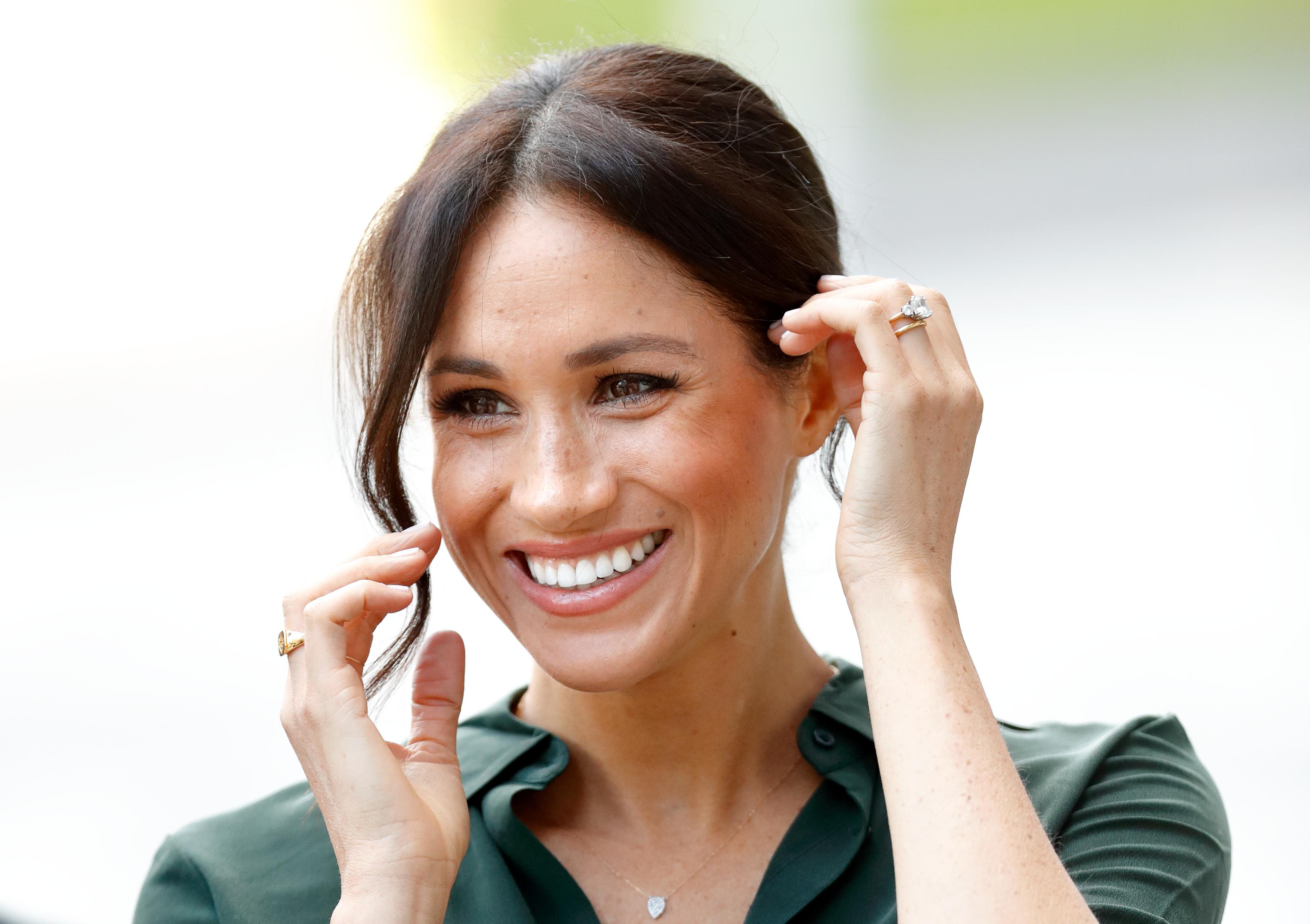 When did Meghan Markle and Prince Harry start dating?

In November 2016, Kensington Palace confirmed the Suits actress was the Prince's girlfriend, with a statement adding that Harry was concerned for her safety due to high media attention.

Harry and Meghan were spotted hand-in-hand for the first time in February 2017, while out on a date in London.

The couple cemented their relationship even further when Harry was reported to have gained the blessing of Meghan's dad, Thomas.

On May 6, 2017, Meghan made her first public appearance as a royal girlfriend when she proudly watched Prince Harry playing polo in Berkshire and both Harry and Meghan attended the wedding of Pippa Middleton and James Matthews in May. 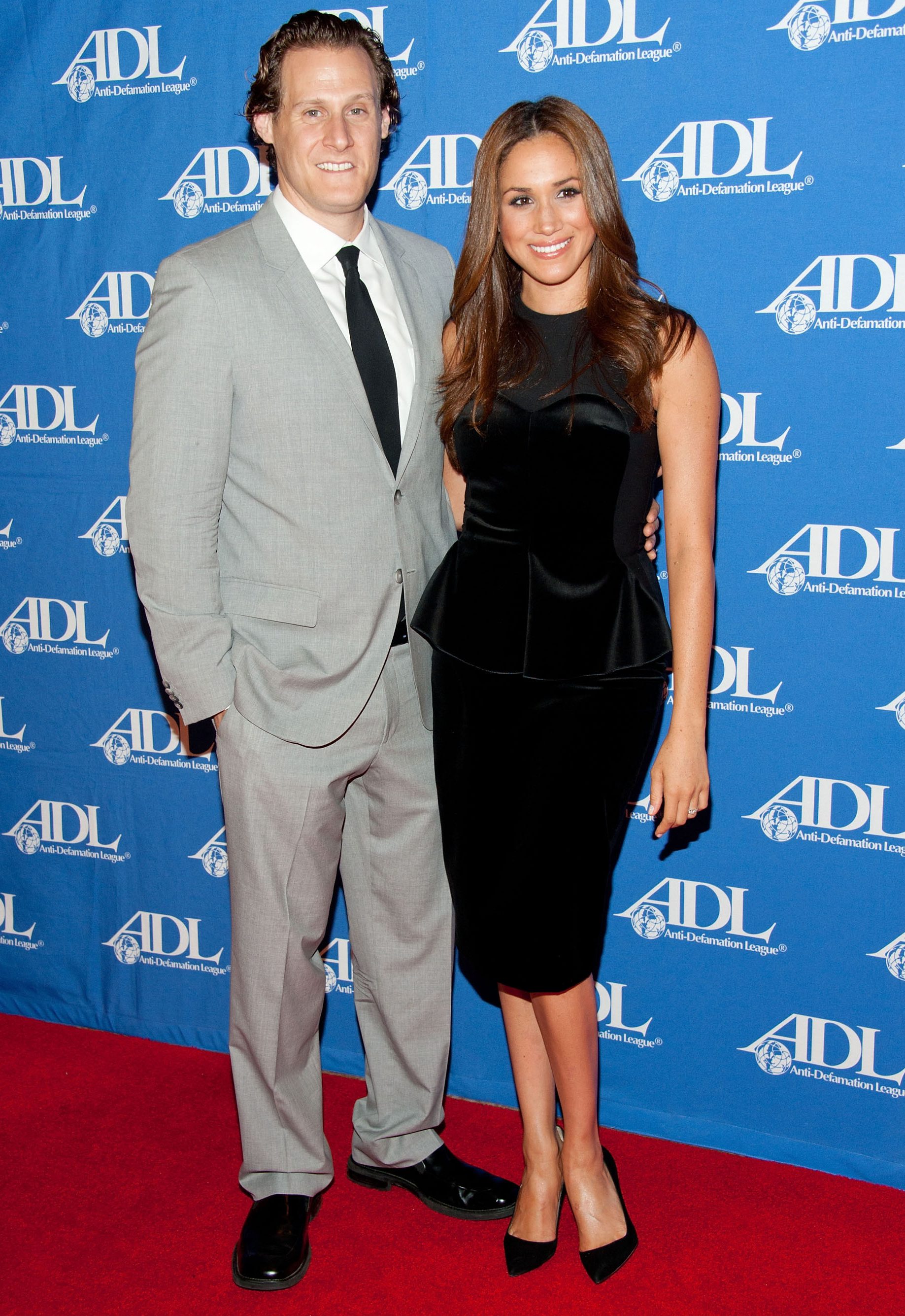 What about Meghan Markle's love life before Prince Harry?

Meghan began dating Trevor Engelson, who has a production company, in 2004, and the pair married on September 10, 2011.

They exchanged vows in Jamaica but went their separate ways in 2013.

Meghan's chatted about what she likes in a guy in the past, revealing she dislikes anyone who is "catty" and loves it when a man makes an effort to impress.

"If the guy is going to write a girl a letter, whether it looks like a doctor’s note, if he takes time to put pen to paper and not type something, there’s something so romantic and beautiful about that," she said.

What has Meghan starred in as an actress?

Meghan is an actress whose biggest role has been in the US TV show Suits, where she plays Rachel Zane.

She seems to be keen on a legal drama, as she's also starred as an FBI special agent called Amy Jessup in sci-fi thriller Fringe, and had parts in CSI: Miami.

On the big screen, Meghan has appeared in Horrible Bosses, Get Him to the Greek and Remember Me.

She also enjoyed a brief stint on Deal Or No Deal in 2006 as a briefcase model. 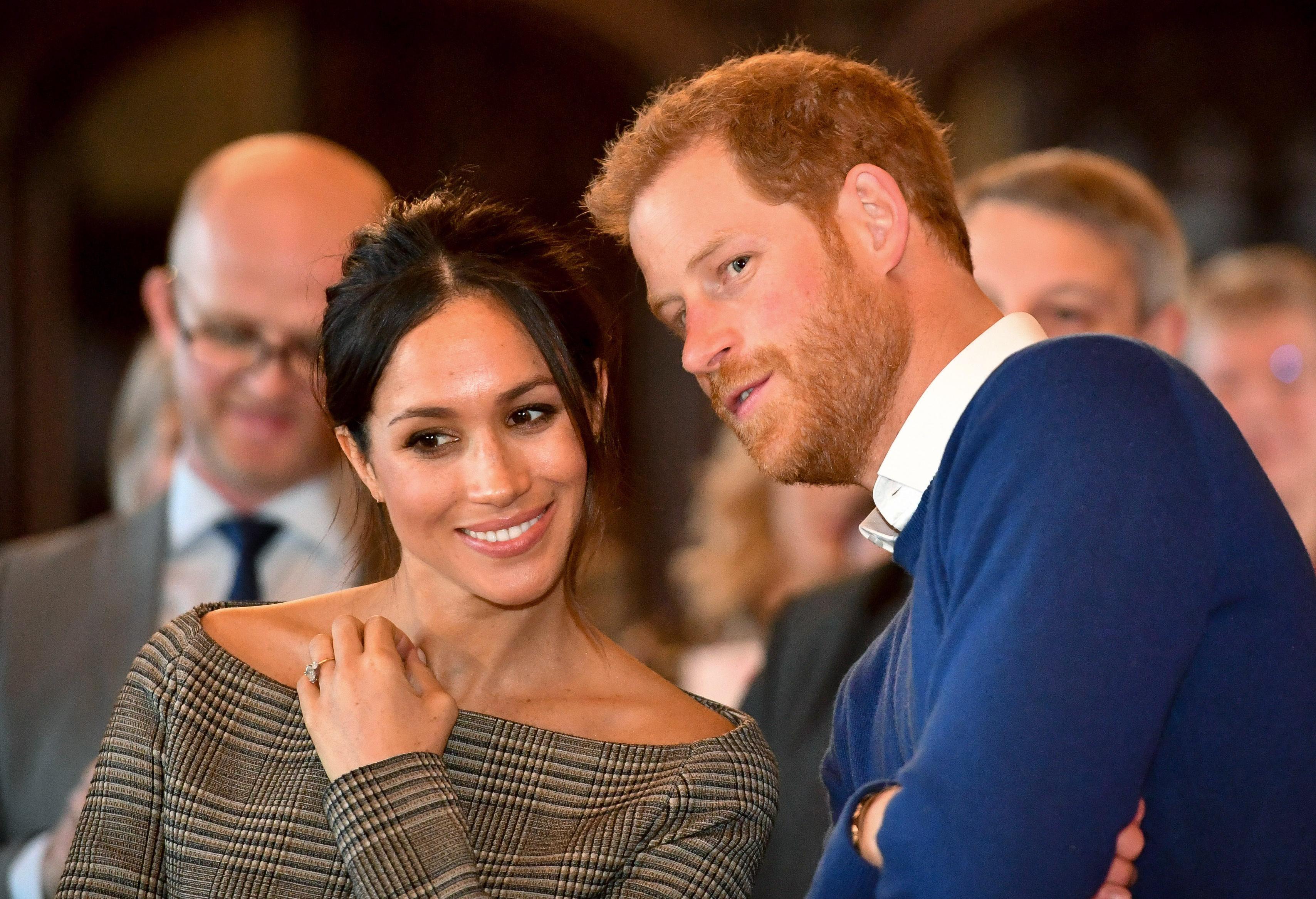 What else is Meghan Markle involved in?

Meghan is committed to charity, much like her husband Prince Harry.

She is the Global Ambassador for World Vision Canada and has been to Rwanda to promote the organisation's Clean Water Campaign.

The Duchess of Sussex has also visited Afghanistan to support US forces and their families.

In 2014 she was involved in a UN campaign for gender equality.

Most recently she has spoken out about period taboos in a powerful essay and she travelled to Delhi and Mumbai in January “to meet girls and women directly impacted by the stigmatisation of menstrual health”.

The Suits star also joined Prince Harry at the 2017 Invictus Games in Toronto – the sporting competition which the Prince founded.

And she is again by his side at the 2018 Sydney Invictus Games in Australia, while on a royal tour Down Under with her husband.

What has Meghan Markle said about being mixed race?

Doria Ragland, Meghan Markle's mum, is African-American, while Meghan's father is Dutch-Irish, and their difference in skin tone led to the family receiving racial abuse when she was younger.

The star has since said that because her mother is black with dreadlocks, and she passes as caucasian, she often came under fire growing up as people questioned whether her mother was in fact her biological mum.

Meghan recalled how her mother was mistaken for the nanny before, adding in an interview: "I was home in LA on a college break when my mom was called the ‘N’ word. We were leaving a concert and she wasn’t pulling out of a parking space quickly enough for another driver."

In an article for Elle magazine, Meghan wrote: “Being biracial paints a blurred line that is equal parts staggering and illuminating.”

“While my mixed heritage may have created a grey area surrounding my self-identification, keeping me with a foot on both sides of the fence, I have come to embrace that.

"To say who I am, to share where I’m from, to voice my pride in being a strong, confident mixed-race woman."

Who is Bebe Rexha and why did designers refuse to make her a Grammy Awards dress?

Killing Eve season 3 release date: When is the new series of Killing Eve out?