It’s the lead-up to your period and no doubt the only thing on your mind is ice cream, pizza or the like.

And while cravings are totally normal during “that time of the month”, experts say they may make your symptoms worse. 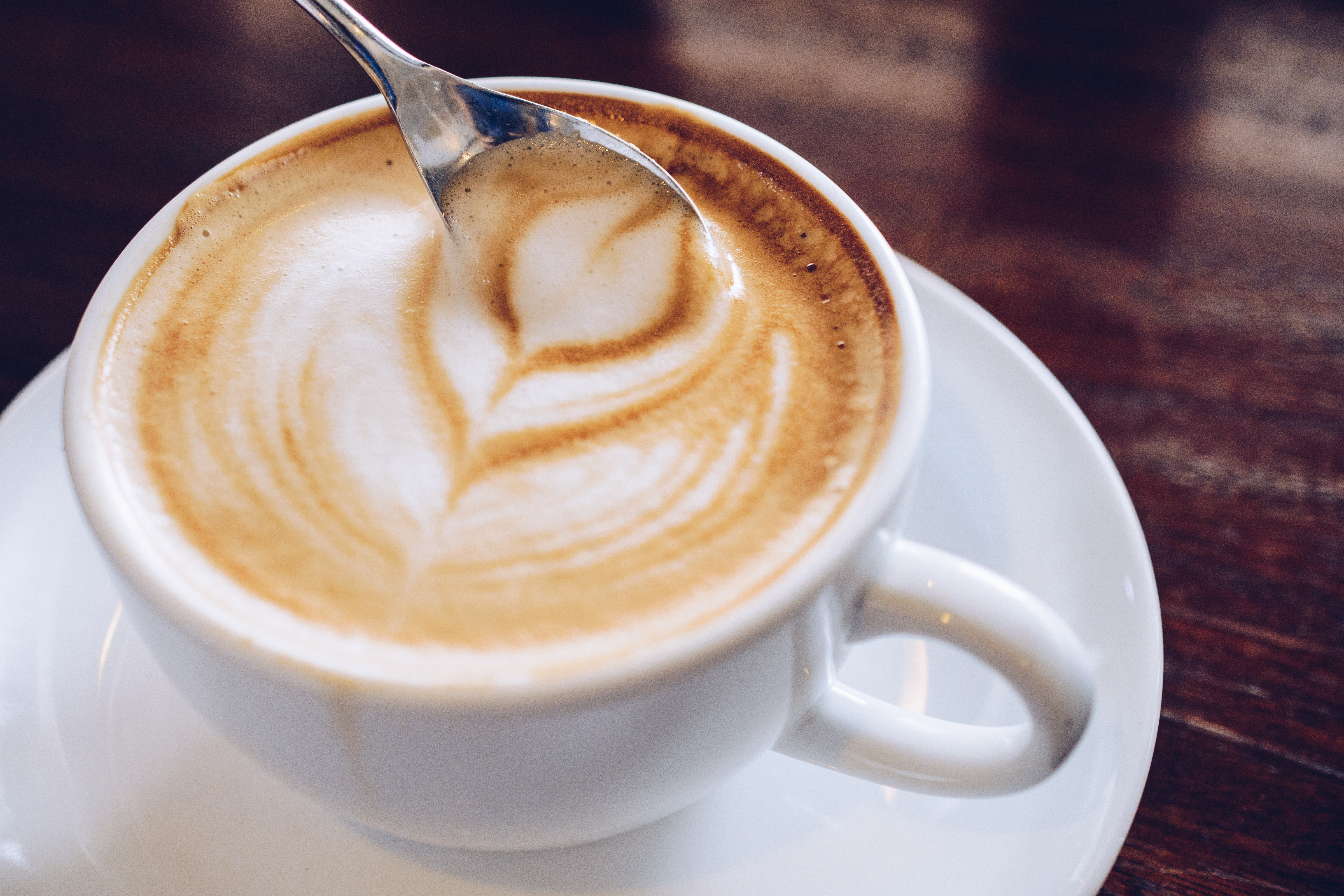 Dr Sarah Brewer, Medical Director Healthspan, told The Sun: “Painful periods are related to over-production of hormone-like chemicals in the lining of the womb.”

The level of these chemicals, called prostaglandins, can be fuelled by snacking on the wrong types of foods.

“Excessive painful cramps occur when you make more prostaglandins than usual, or become more sensitive to their effects.”

But there is good news – there are some adjustments to the diet that may be able to relive those agonising few days.

They can keep hormones in balance or work on other systems of the body, helping ease digestion, fatigue or water retention.

Dr Anne Henderson, a consultant gynecologist who specialises in PMS and the menopause specialist at GynaeExpert, working with A.Vogel, said: “There is a lot of debate in the medical and complementary health community surrounding diet and PMS.

“In my view, much of the evidence regarding food intake is based on ‘soft’ data. This does not, however, mean that the data are not relevant and worth considering.”

Dr Henderson suggested women try different foods and drinks and see what works for them.

Try to limit the following foods:

In the lead up to your period, sometimes all you can think of are sugary treats for comfort – biscuits and chocolates are favourites.

Dr Henderson said this can only “exacerbate the problem of insulin resistance, and lead to severely fluctuating blood sugar levels (and all the symptoms that go with this)”.

She added that generally, following a low glycaemic load (GL) diet in the run up and during your period will help to minimise fluctuations in blood sugar levels, “which are thought to contribute to many of the common PMS symptoms". 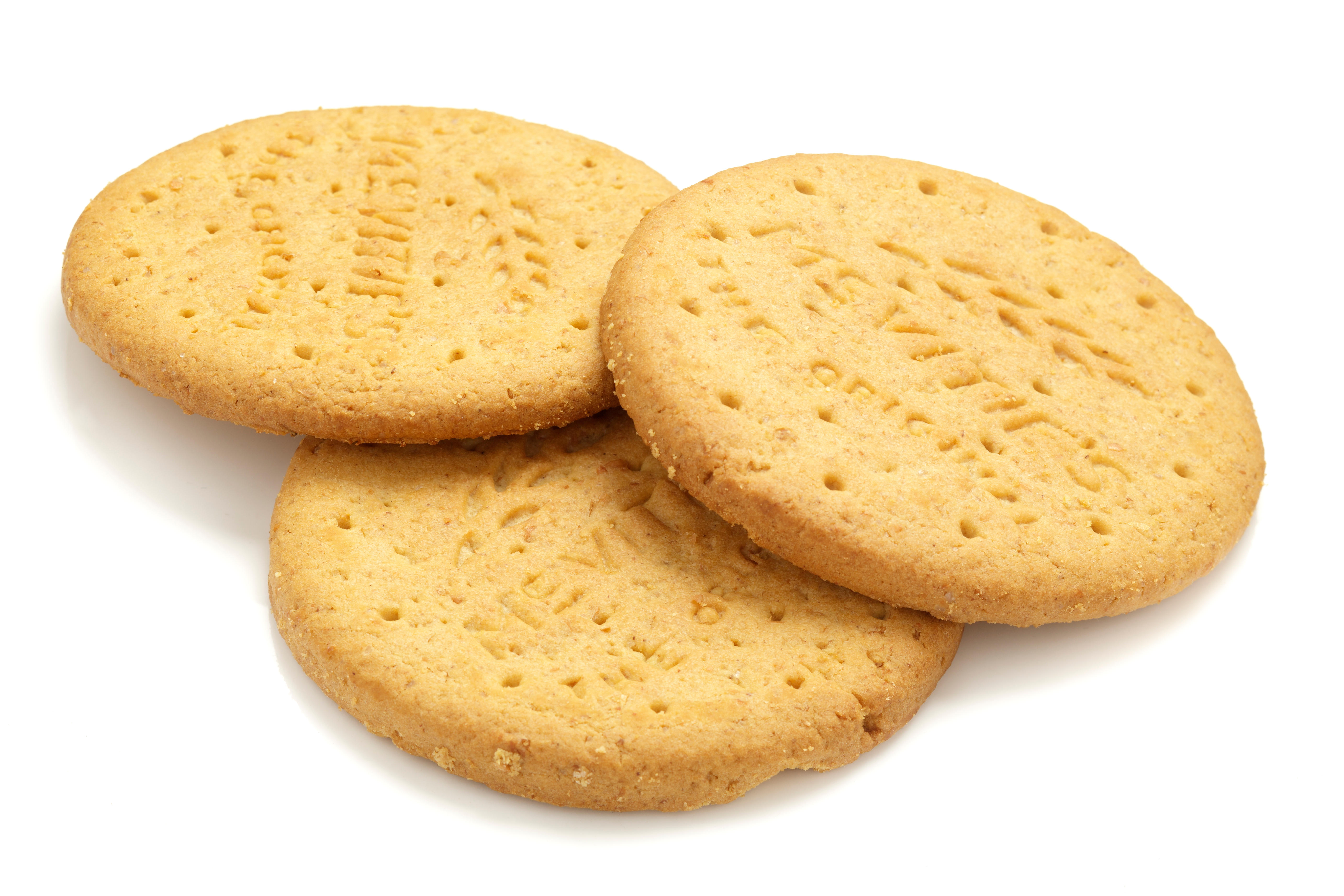 Meat and dairy form the staples of the majority of people's diet, but it may be worth cutting back a little bit to see if it helps ease PMS.

Ms Tania Adib, a consultant gynaecologist at The Medical Chambers Kensington, told the Sun: “Some women find it helpful to cut back on red meat and dairy products (in which case ensure you take supplementary iron and calcium).”

It's also largely found in butter and cheese – which isn’t necessarily unhealthy, but the NHS recommends an average woman should eat no more than 20g of saturated fats a day. 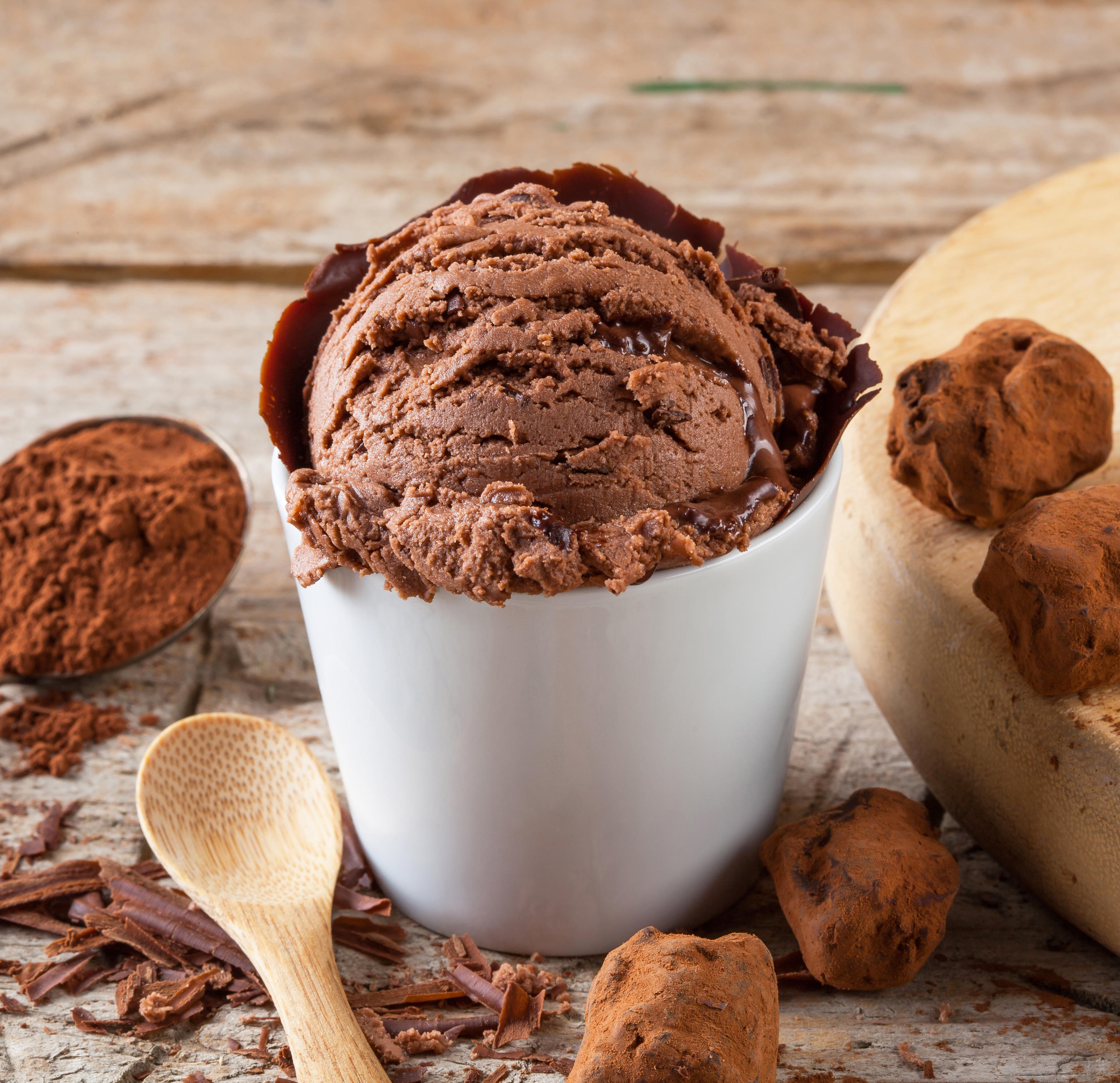 Dr Brewer said the way saturated fats reduce conversion of omega 3s in the body may boost the production of the unwanted hormone prostaglandin, which is behind painful periods.

She also said saturated fats tend to be in our favourite snack – and snacking behaviour has been found to increase period pains in research.

There is anecdotal evidence cutting out caffeine can ease period cramps.

“It is interesting because we know coffee makes smooth muscle contract in some people, this is why many people use it to get things going in the morning,” he said.

“And women with irritable bladders also find drinking coffee or caffeinated beverages increases their urges to go to the bathroom.

“So it is within the realms of possibility that other hollow organs made with smooth muscle, like the uterus, act in the same way.”

Foods to eat plenty of

We are meant to eat two portions of oily fish every week for general health.

But it may also be the key to easing cramps during your period. 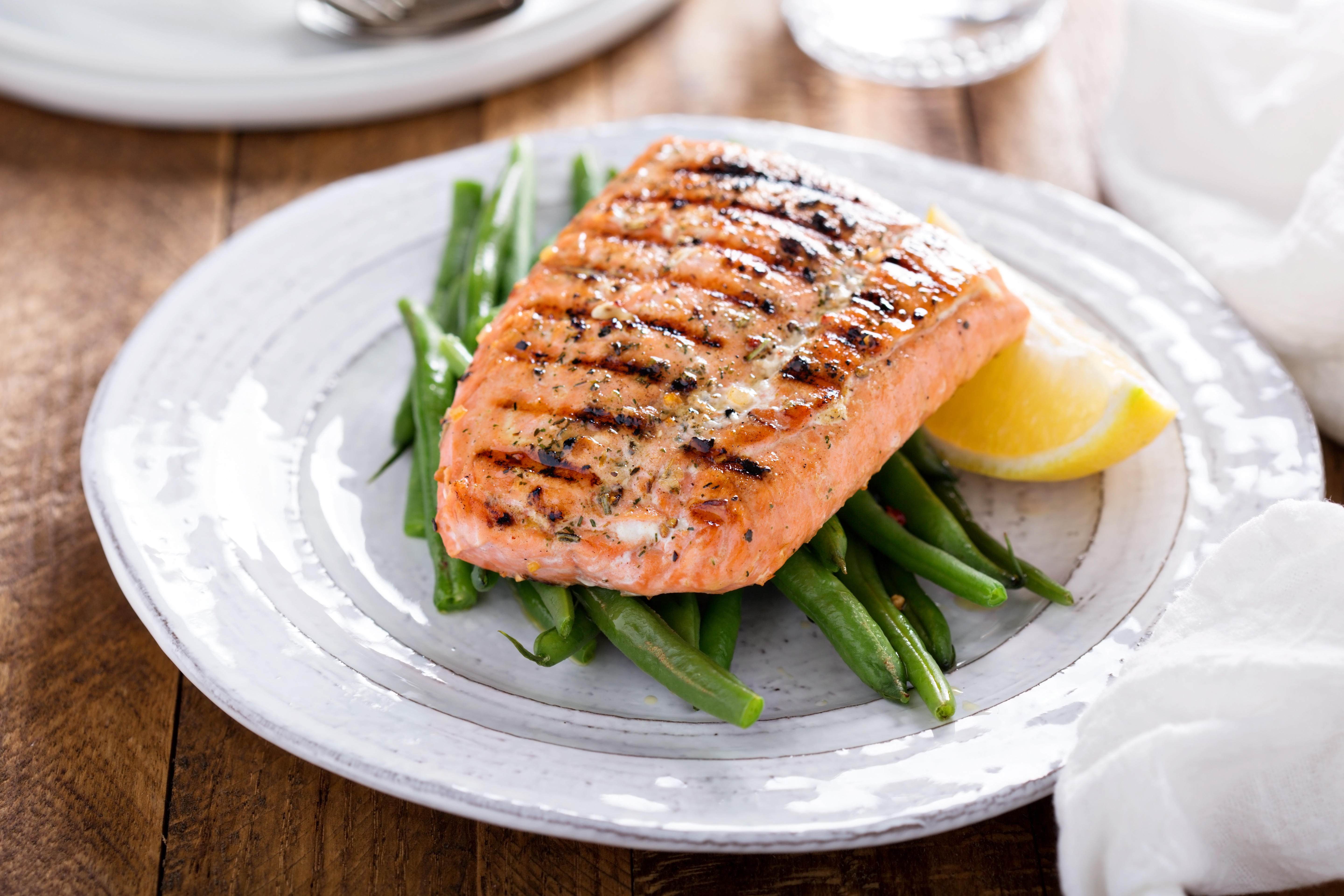 “Omega-3 fish oils also have a pain-killing effect like that of non-steroidal anti-inflammatory drugs.”

Dr Henderson agreed: “Omega-3 is thought to be anti-inflammatory in nature; and research suggests that increasing our intake may help to improve many of the symptoms of PMS – both physical and psychological.”

Filling your plate or smoothie mix with leafy greens such as kale and spinach could help banish period pains and other pesky PMS problems.

That’s because they are “rich in nutrients including iron, calcium and potassium, all of which are thought to help limit troublesome monthly symptoms”, says Dr Henderson. 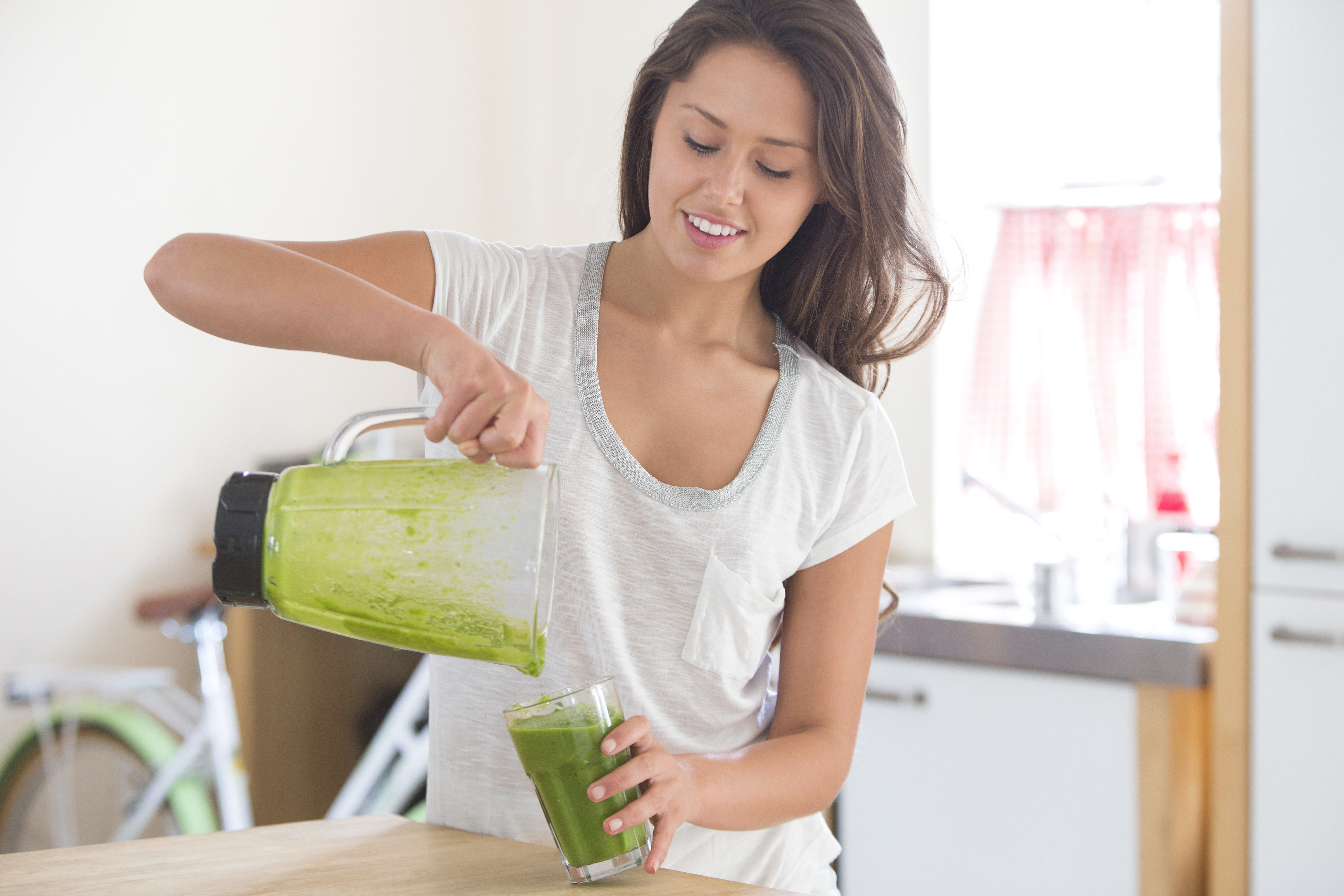 Porridge oats or yoghurt topped with fresh fruit and cinnamon

Sardines or tuna and couscous salad

Roasted fish with kale and potatoes

Trail mix with plenty of nuts

Leafy greens are also full of magnesium, which can relax muscle cramps experienced during your period.

Miss Adib said: “Magnesium has a relaxing effect on muscles and is effective for reducing back pain and lower abdominal pain associated with painful periods – especially on the second and third days of menstruation.

“Magnesium supplements taken for six cycles were shown to reduce period pains – especially on the second and third days.”

Miss Adib also said nuts were a good source of magnesium – so it may be useful to stock up on those brazil nuts, cashews, and walnuts.

Snacking on nuts, instead of sugary snacks like biscuits, could make a difference to your PMS.

Monthly period pain can also come in the form of bloating, making you feel sluggish and uncomfortable.

Dr Henderson said: “Bloating is largely mediated by the sharp rise in progesterone levels, which cause excess relaxation of the smooth muscle throughout the gut.

“There’s nothing that will add to the problem of bloating more than a bunged-up bowel. 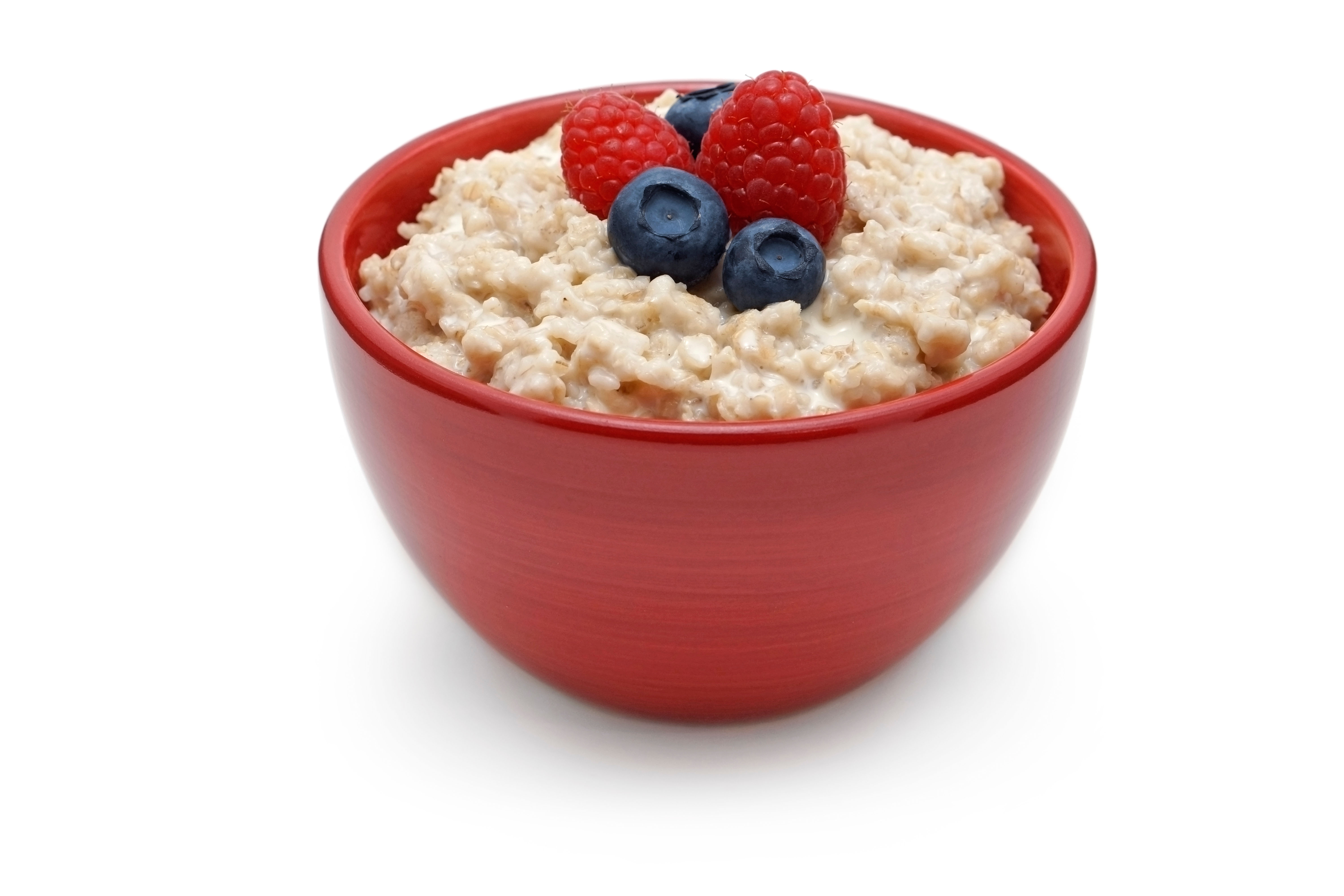 “Choose fibre-rich vegetables and wholegrains to help keep your digestive system moving and protect against constipation.”

Wholegrains include brown rice – which you could use instead of white rice around your period.

You can get your wholegrain fix for breakfast with oats, or at lunch time with couscous, lentils, quinoa and barley.

Another way to “keep things moving” in the digestive system is to eat bananas.

Dr Henderson said: “Fibre also helps to stabilise your blood sugar levels, which can have positive effects on your mood and energy levels.

“What's more, bananas have the benefit of being especially rich in potassium.

“Potassium has an important role to play in muscle health and contractions, as well as fluid balance in the body.

“So, there may just be lots of reasons to stock up – from cramps to bloating.”

Add a sprinkle of cinnamon on your breakfast to help with feeling faint during your period, Dr Henderson said.

If you’re feeling wobbly, “blood sugar is likely to be adding to your symptoms”.

“Blood pressure can also drop slightly around the time of periods due to the effect of progesterone on blood vessels, making them dilate which contributes to lower blood pressure”, she said.

“Limiting sugar and including healthy fats, enough protein and blood-sugar protecting herbs such as cinnamon, are some useful dietary tips.”

Period pains tend to come hand-in-hand with nausea and a general feeling of being unwell. 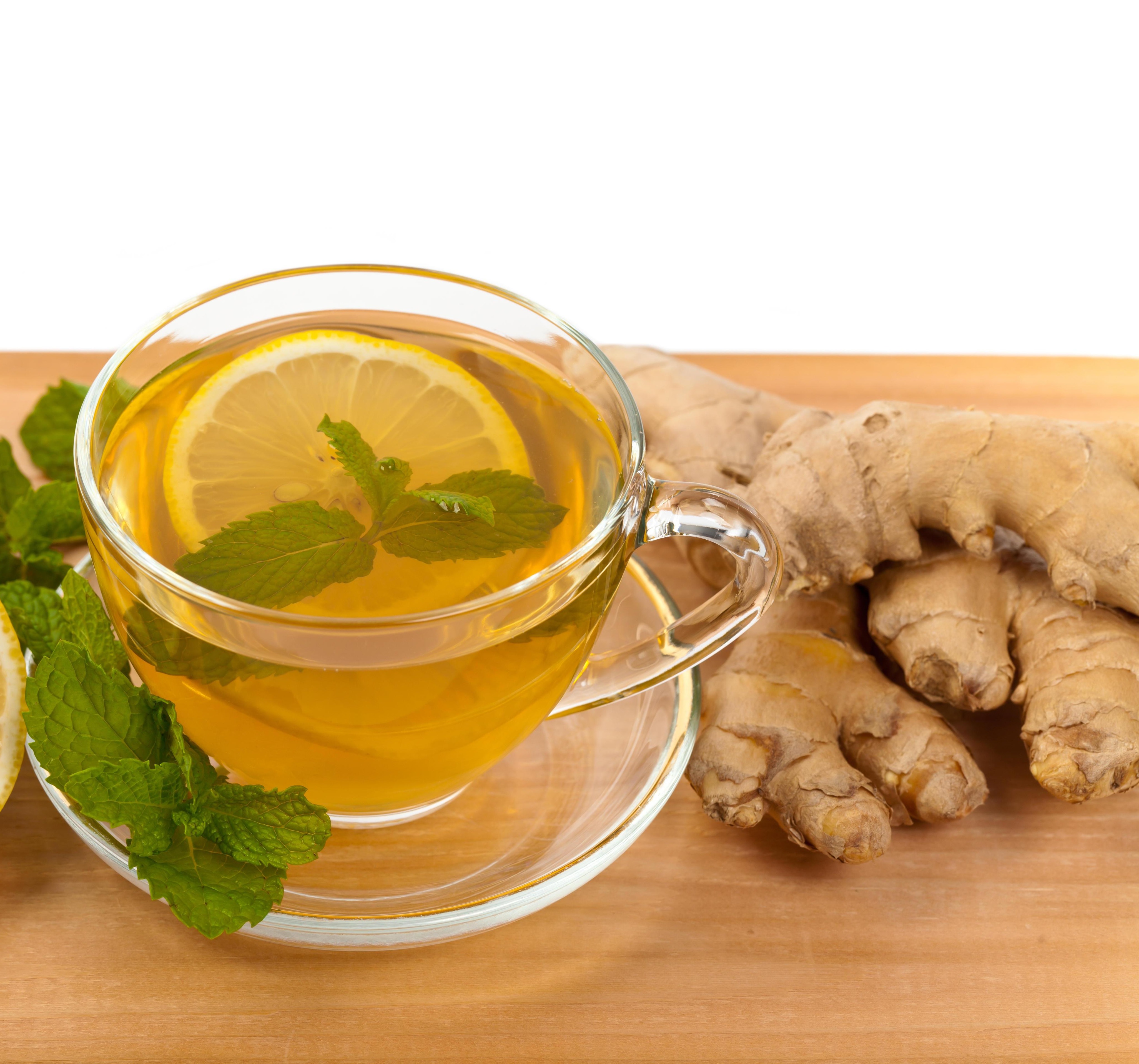 Ginger is known to help quell nausea, and has been used traditionally for thousands of years, Dr Henderson said.

She said: “Ginger can be taken in many forms including raw (grated into some hot water and lemon), in ready-made tea bags or in powder form.”

One of the most easy things to remember during your period – drink enough water.

Dr Henderson said: “Dehydration can further contribute to muscle aches and pains, so this is a state to avoid getting yourself into.

“Ensure you are drinking up to 2l of water daily to help protect against this.”

Historian unearths camera from WW1 that is still in working order