Home » I became a granny at 36 – I was devastated when my 17-year-old daughter fell pregnant, being a teen mum is tough

NIKKI Sullivan, 38, works for social services and is also a personal trainer. 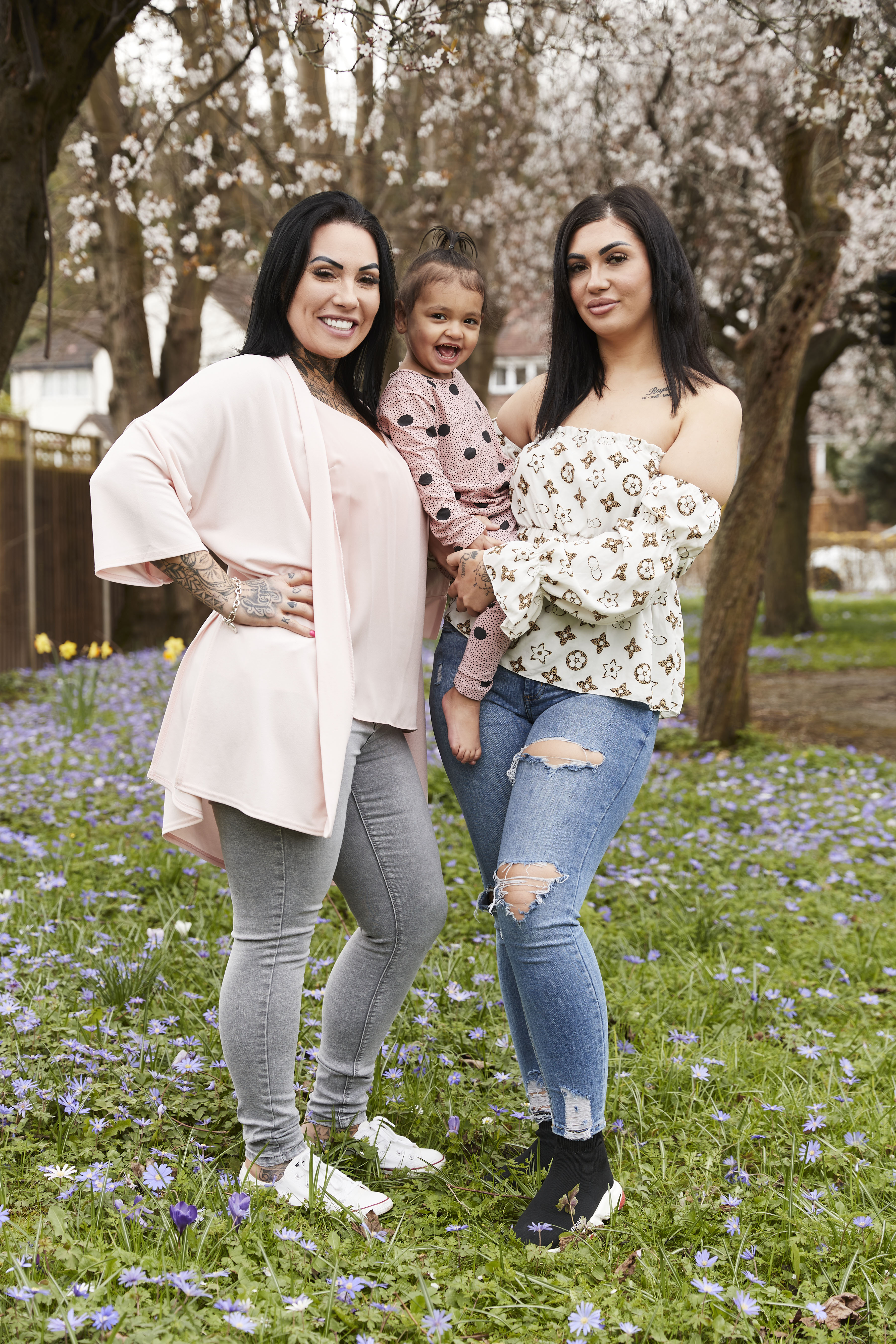 Here, Nikki opens up on becoming a grandmother at the young age of 36.

“Staring at the positive pregnancy test, I was devastated. It wasn’t me who was pregnant, but my 17-year-old daughter Kira.

“After becoming a teenage mum myself at 19, I hadn’t wanted the same for her.

“Instead, history was repeating itself – and now, I was going to be a granny aged just 36. 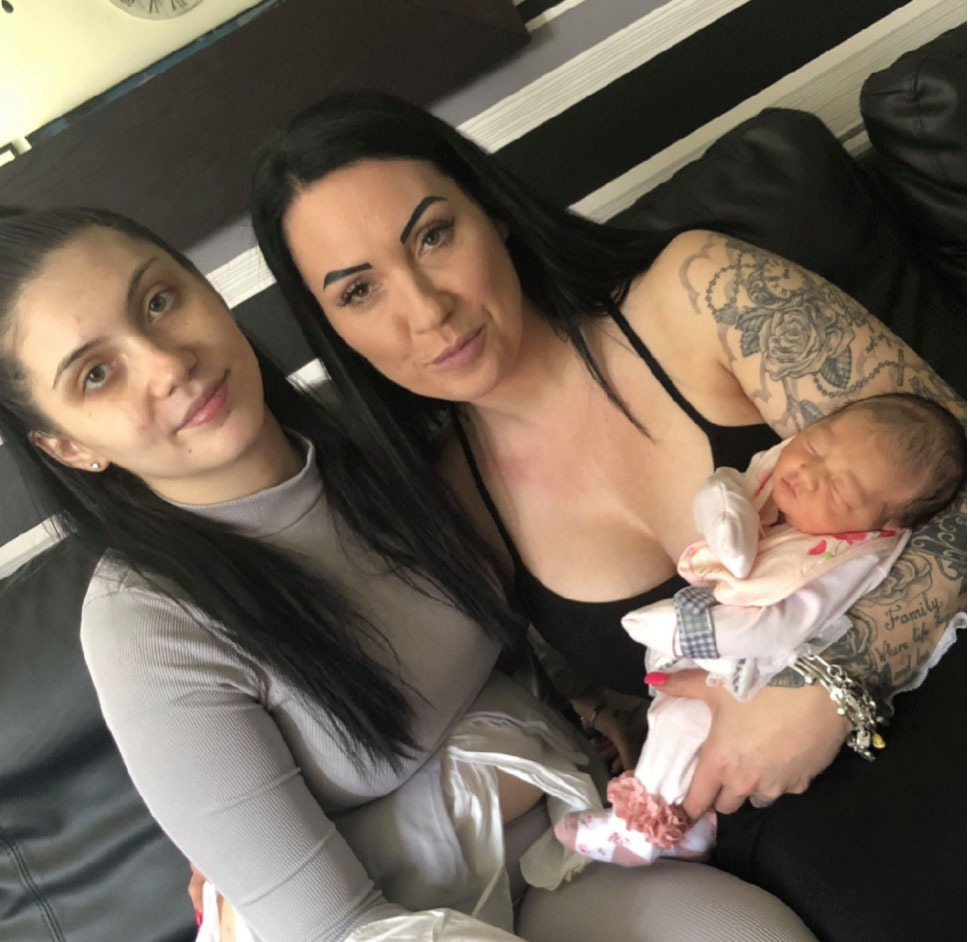 “Inside, I might have been gutted, but I wrapped my arms around Kira, smiled and promised I’d support her.

“When Kira was born in October 2000 I had been with her dad since I was 15. The pregnancy wasn’t planned, but I was so happy.

“After her father and I split when she was a year old, I raised her alone.

“My own mum left the family when I was 11, and I’d helped my dad and older sister care for my younger siblings. 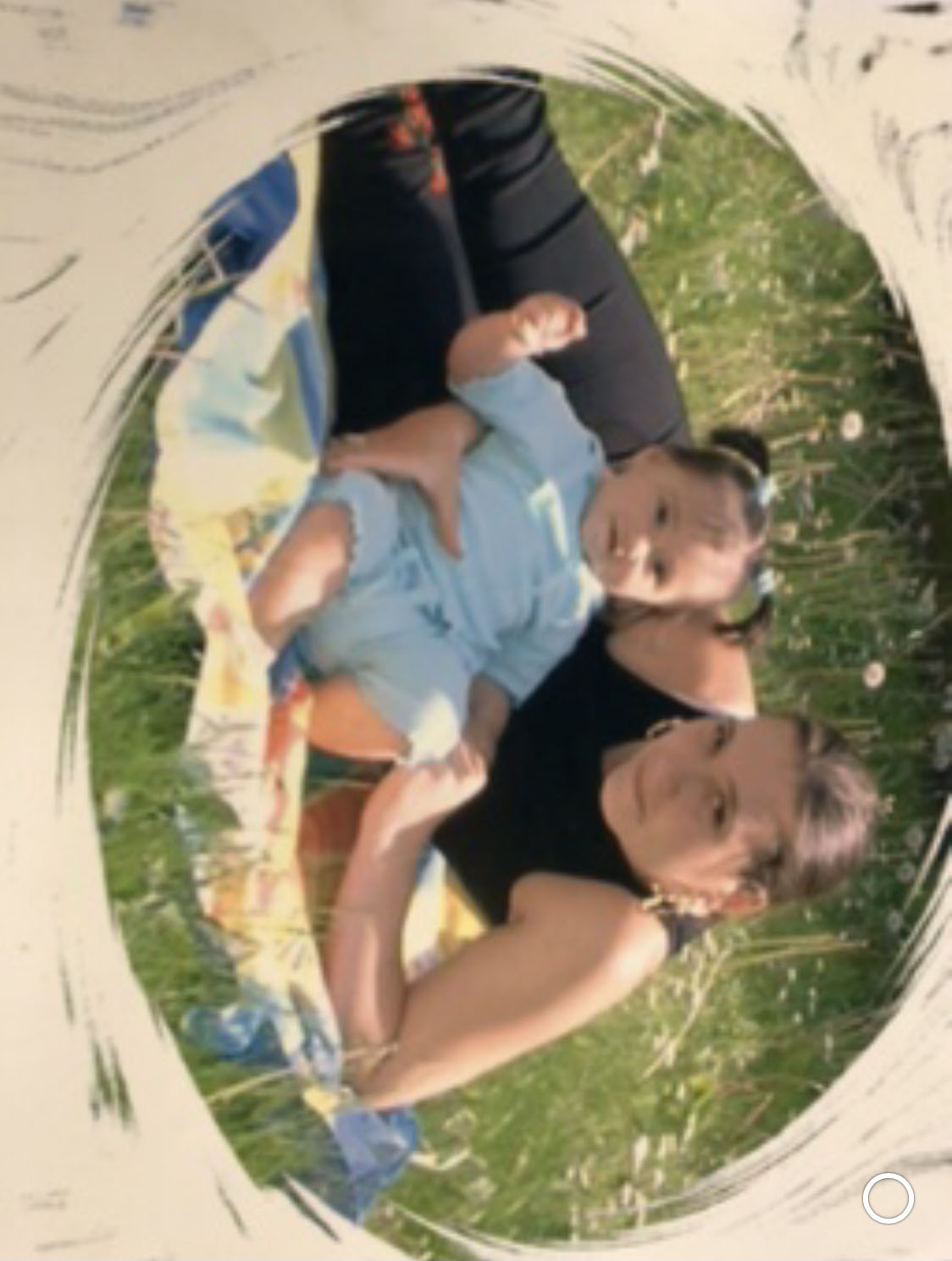 “I’d grown up quickly and felt ready to have a baby. But looking back now, I see how naive I was.

“I moved into a place of my own with Kira, but while friends were out clubbing, I was sterilising bottles and washing babygros, sleep-deprived and feeling isolated.

“My older sister Jessica, now 41, was my rock and really helped me, but I did miss having a maternal figure in my life, a mum of my own to lean on and get advice from.

“Childcare was so expensive I couldn’t afford to go back to my job in retail, so I found myself living on benefits, a position I’d never wanted to be in.

I never regretted having her, but those early years were tough

“At toddler groups, people would often assume I was Kira’s big sister and would look shocked when I explained she was my daughter.

“I never regretted having her, but those early years were tough.

“I went on to have three more children in another relationship, which has now ended, and also adopted my two youngest children.

“I qualified as a personal trainer and I also work for social services in my local area, determined to show my children that being a young, single mum is not a barrier to a career. 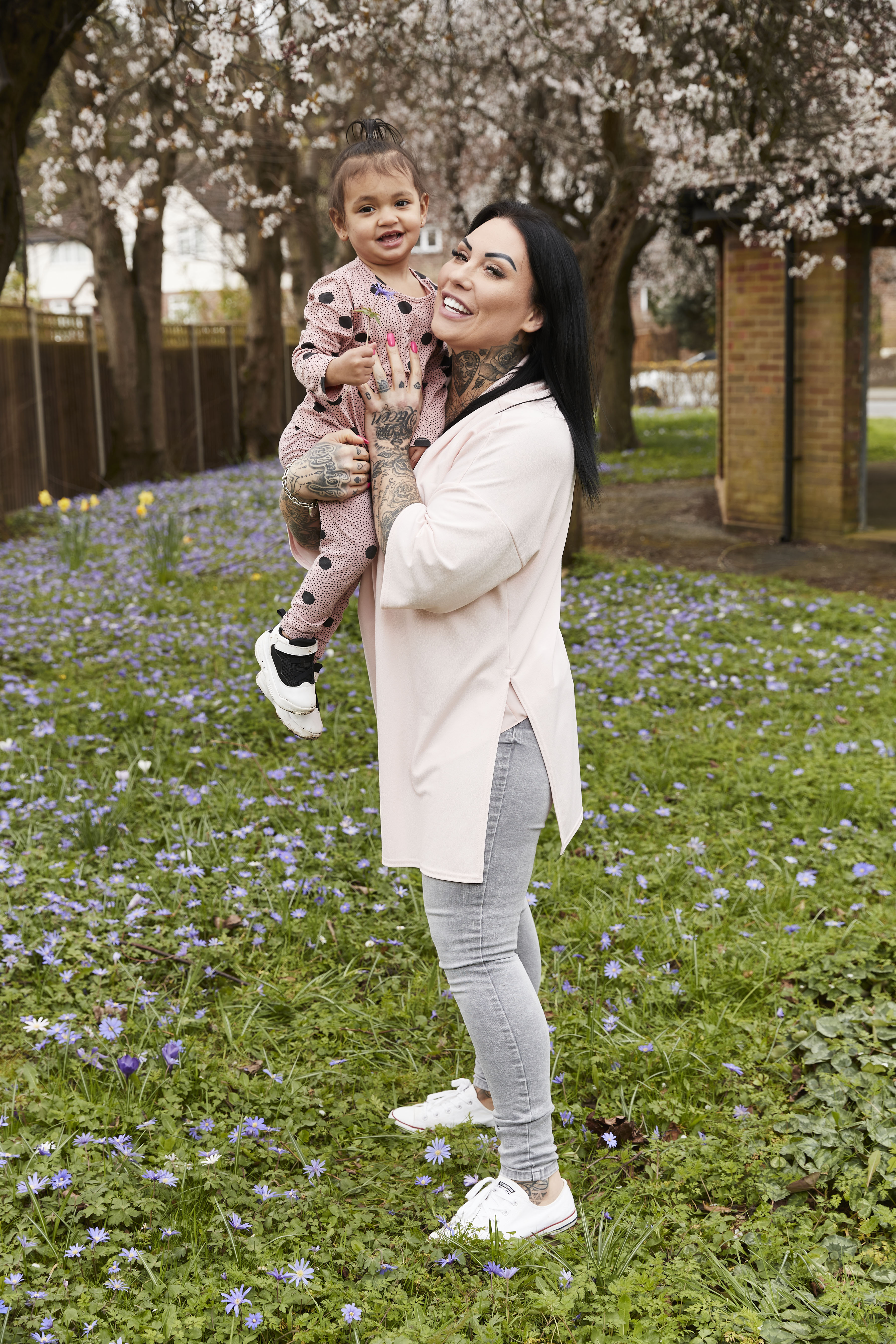 “When she was 14, Kira started going out with a boy called Hassan, who was the same age as her, and I was open with her about sex, contraception and how hard it was being a young mum.

“She assured me she understood, but at the back of my mind there was always a worry.

“Then in October 2018, just before her 18th birthday, she was sent home from her job working in a pub as she felt nauseous, and I knew she was pregnant.

“She insisted it was a bug, but I bought her a test – and I was right. 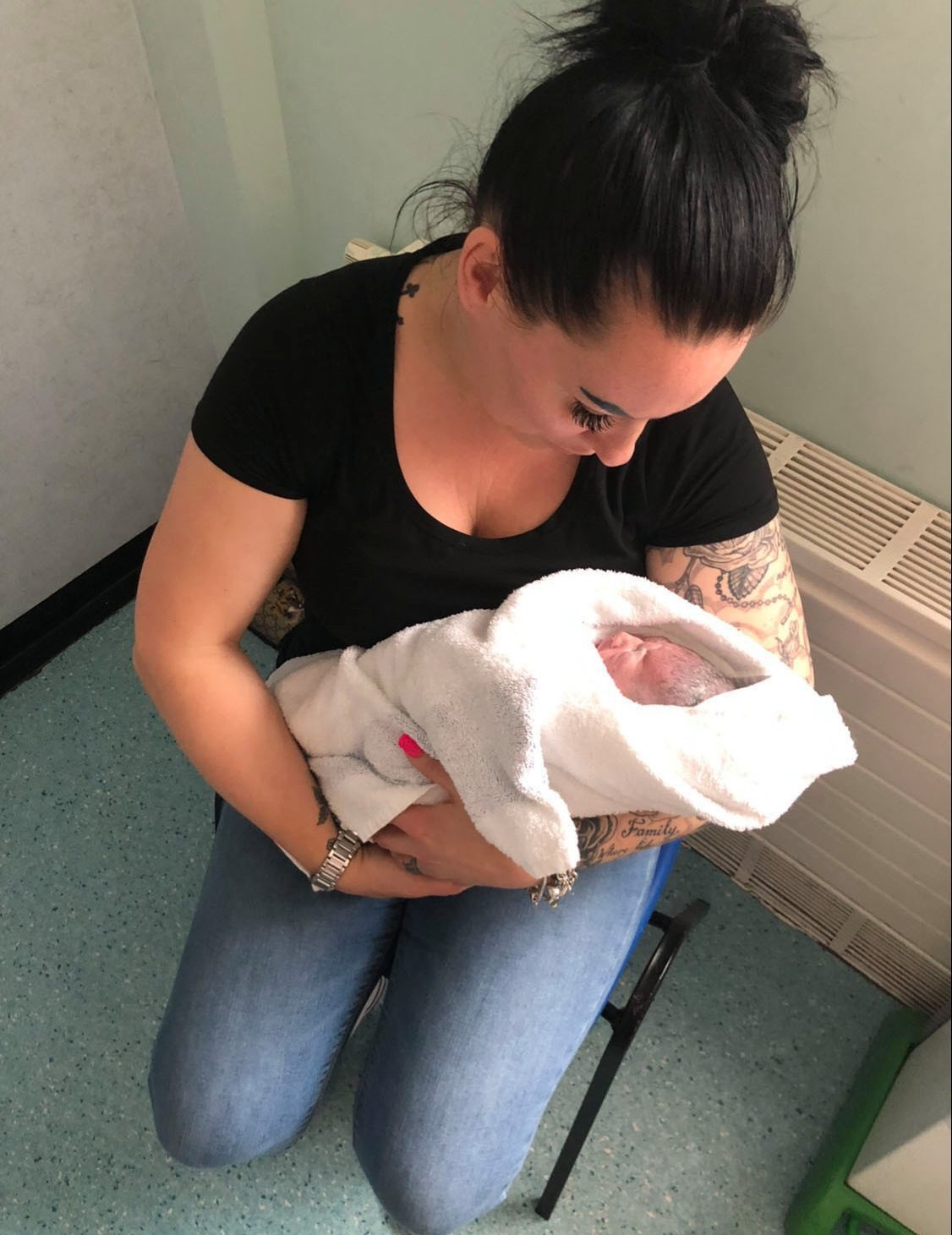 “I didn’t want Kira to have a termination, even though I knew first-hand how tough being a teenage mum was, but it was her and Hassan’s decision to make.

“He was very supportive and agreed with Kira that although they hadn’t planned it, they would love this baby and step up to the responsibility.

“But lying in bed that night, it hit me I was going to be a grandmother at an age when some women haven’t even started their own families.

“I’d always pictured myself in the future as a “typical” granny. Not 36, still raising my own children, with a busy job and social life.

When people hear her call me ‘Nanny’ in the park, I see them stare in surprise

“While nobody said anything to our faces, on social media there were some unkind comments both from friends and people I didn’t know that well.

“Despite this, I loved being a grandmother-to-be. I went to all Kira’s scans, bought her a pram and cot and threw her a baby shower.

“My granddaughter, Royalty, was born on April 17, 2019, and I was there for her birth along with Hassan, although staff and other mums assumed Kira and I were sisters!

“Kira and Hassan rented a house, but separated amicably last year when Royalty was a year old, but they continue to co-parent. 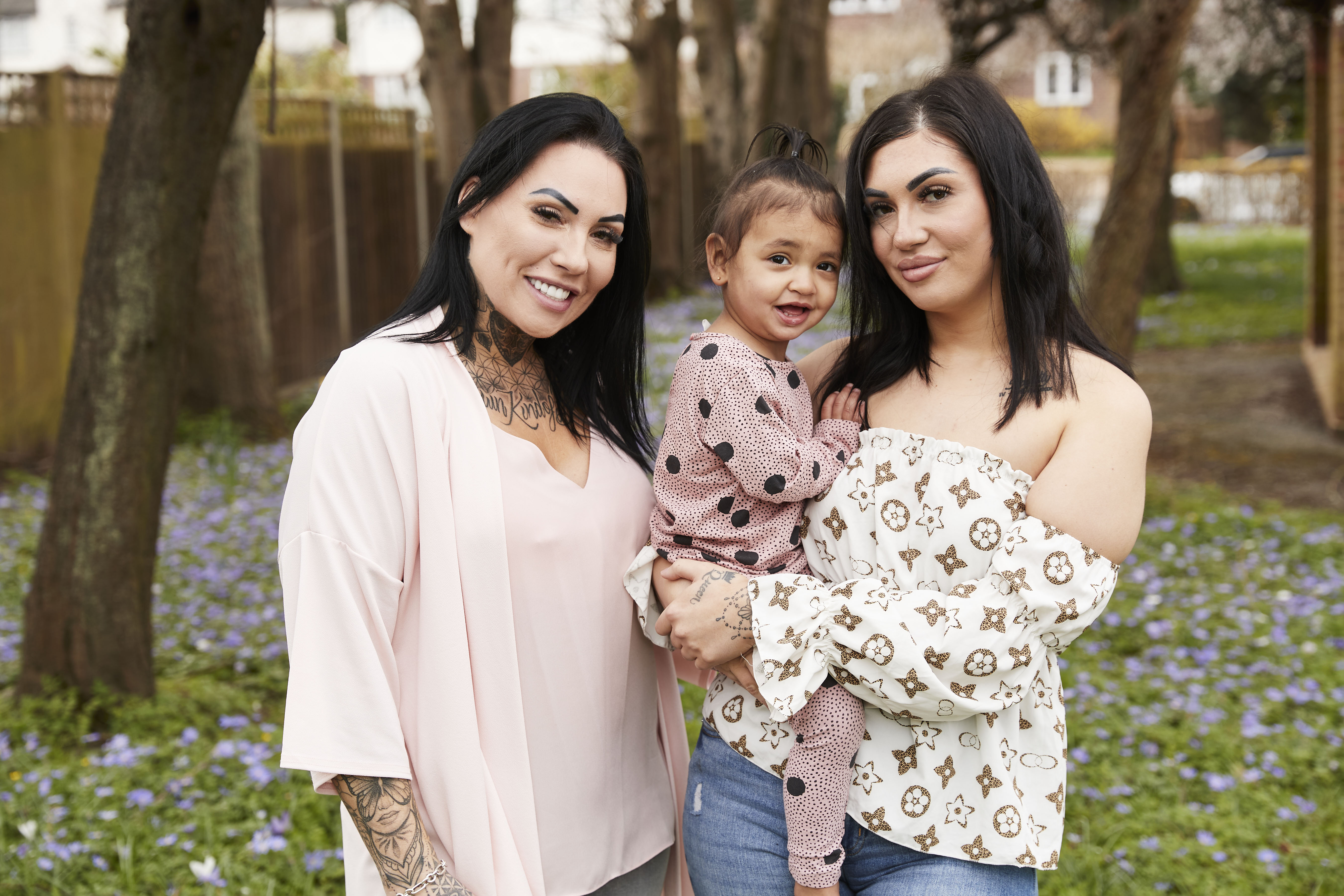 “I help look after Royalty, now two, who loves to have sleepovers at Nanny’s house, and I spoil her rotten.

“When people hear her call me ‘Nanny’ in the park, I see them stare in surprise.

“Some will strike up a conversation because they’re curious, but I hate when I see raised eyebrows or someone tuts.

“I love being a young and active granny.

“Royalty has brought so much happiness and I’m very proud of Kira, who’s an incredible mum.

“She lost her job in hospitality during the pandemic, but is looking for another, determined to give her daughter the best life she can.

“I may have once wanted a different life for her, but now I wouldn’t change a thing.”

The average age for becoming a grandparent in the UK is 63.*

Soap star and presenter Kym Marsh became a grandmother at 42 in 2019 when her daughter Emilie, then 22, gave birth to a son, Teddy.