Home » Fashion » I buy my baby designer clothes, gourmet food and therapy sessions – but she's not my daughter, she's my DOG

WITH her pretty red jacket, pearl necklace and vast collection of ­cuddly toys, Harley has everything a spoilt child could ask for.

Except that Harley is a dog. 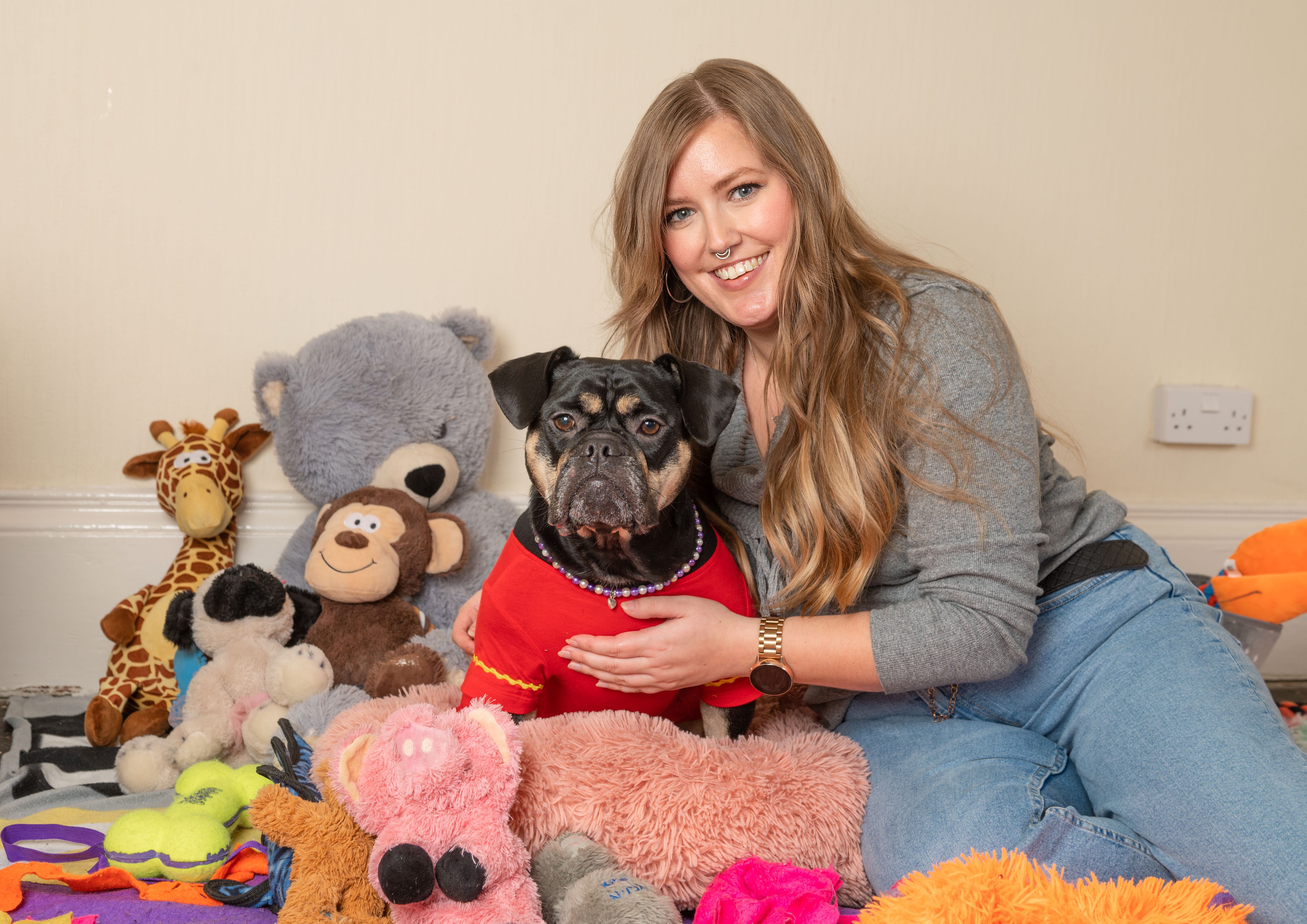 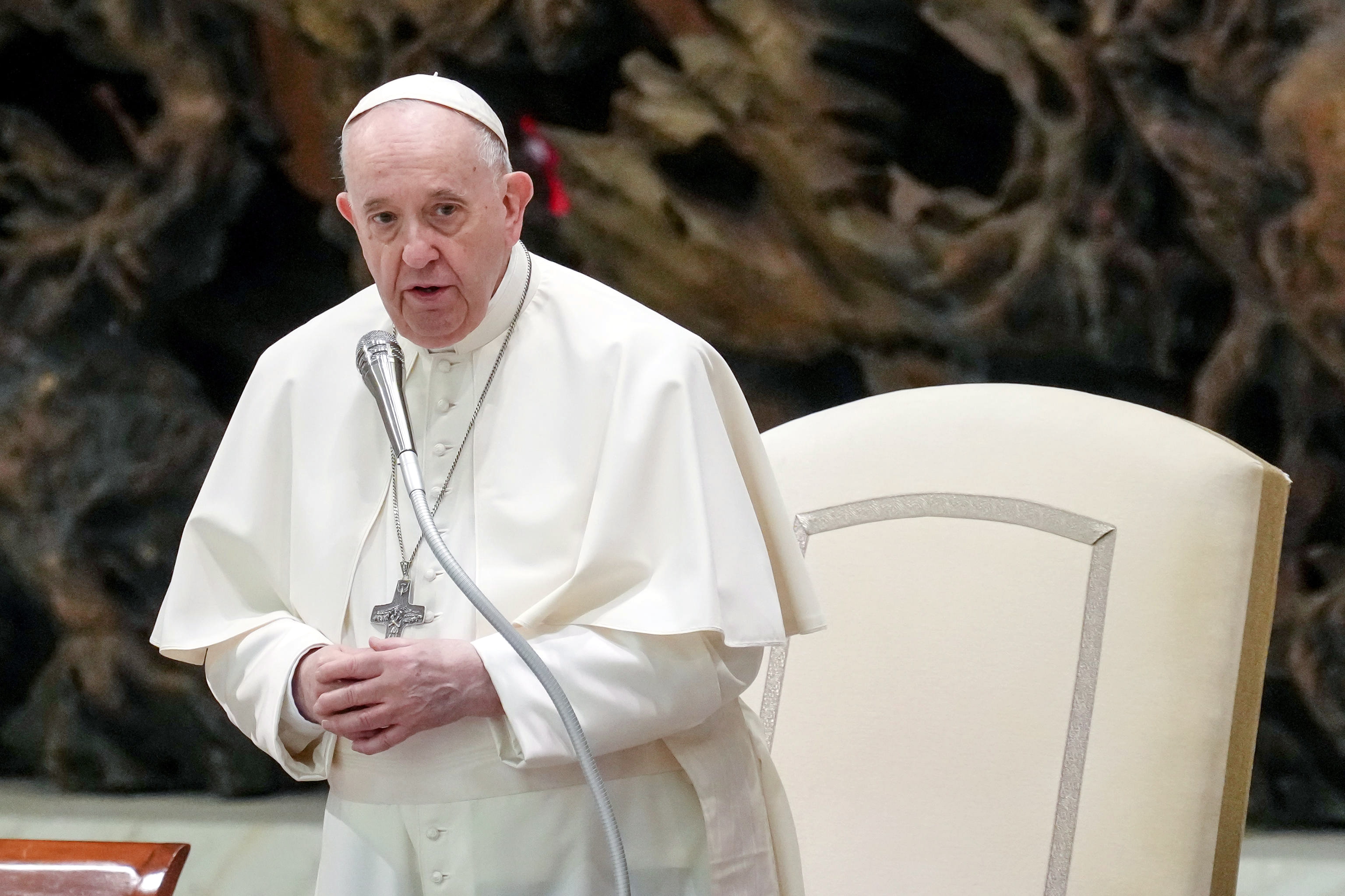 Her owner, Cici Reagan, is one of a growing number of women who have chosen to pour their love and ­attention into a pet rather than kids.

Pope Francis last week criticised ­the practice, saying it was “a denial of fatherhood and motherhood and diminishes us, takes away our humanity”.

There are more than 20million cats and dogs in Britain, far more than the 12.7million children aged under 16. And last year saw the lowest birth rate on record.

But here three childless women who treat their animals like kids defend their lifestyle choice.

They insist their love for their pets is as important as that of any other devoted parent.

‘I even got my pup a therapist when she had problems’ 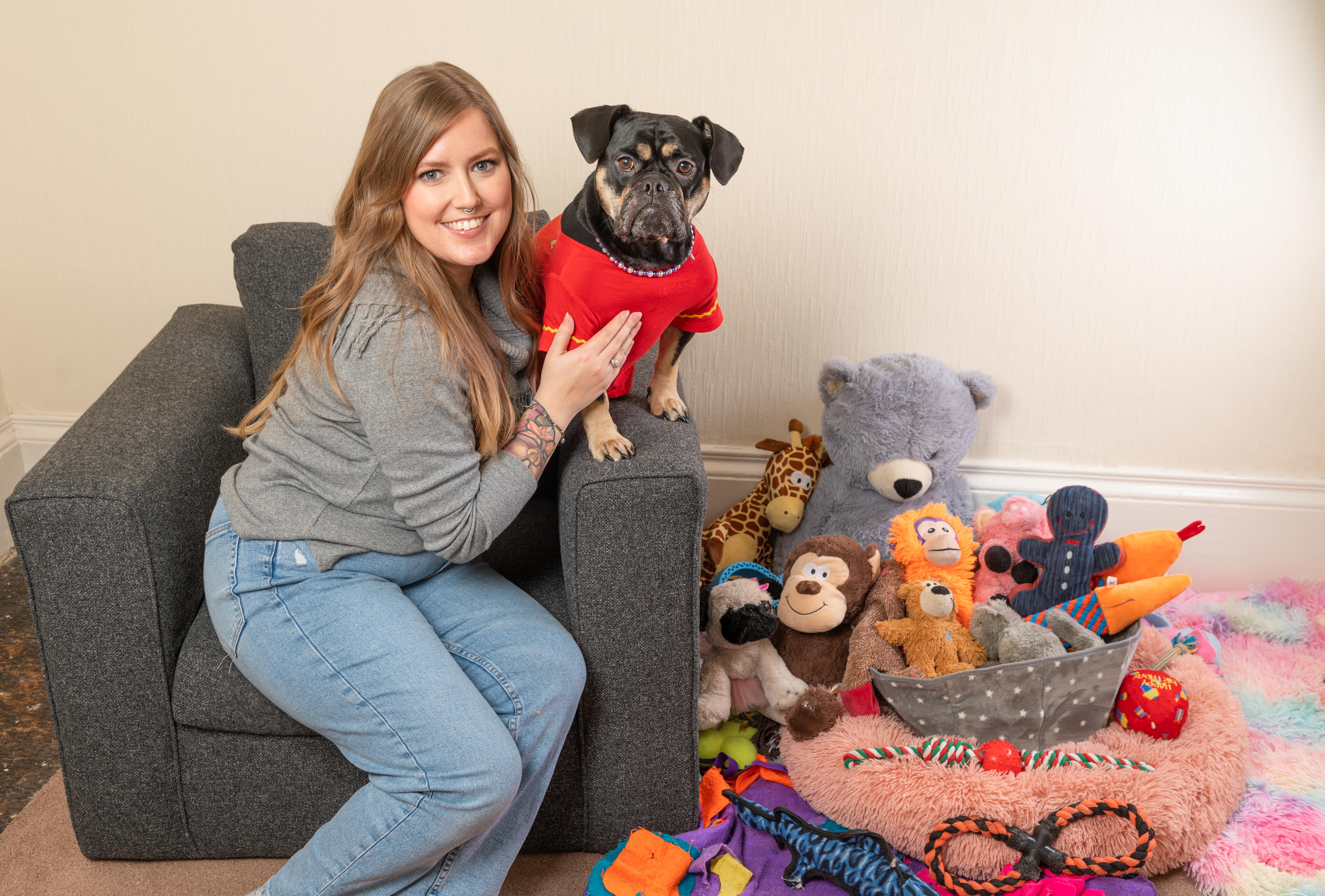 Author CICI REAGAN, 30, from Newcastle, describes herself as mum to her mini English bulldog, Harley. She says:

"FROM the minute I saw Harley as a tiny puppy, my maternal instincts went into overdrive. I just wanted to cuddle and take care of her, the same way I imagine a new mother would feel about her baby.

And in all the ways that count, Harley is my baby. She eats special raw food meals I ­prepare for her.

She has her own little outfits, jumpers and jewellery that I love dressing her up in, and she sleeps in my bed every night.

It’s fair to say that she’s the most important person in my life.

I never make any plans without working out how they will affect her.

Even when I have to go out for a short while, she has a regular babysitter who comes round to take care of her – and I make sure to check in to make sure she’s all right and isn’t missing me too much.

I even got her a therapist when she had ­problems following orders and playing with other dogs.

People look at me strangely whenever I call Harley my little girl or my daughter, and then ­they realise I’m talking about a dog.

But to me she’s my child in the same way as a baby I’d given birth to.

I’m single at the moment but if I do meet someone he would absolutely have to accept Harley and love her as much as I do.

I ended up looking after my baby sister and younger brother when I was just a teenager, because of my mum’s terminal illness and my dad checking out of our lives when I was 12.

People love babies because they look sweet and cute but I know they are hard work.

There are more than enough people in the world as it is and that’s messing up the climate.

The Pope should be thanking me for ­choosing to pour my love into a dog rather than adding to the problem."

ANNA PUMER, 37, is a wedding photographer from Brighton, East Sussex, and proud cat mum to Loki. She says: 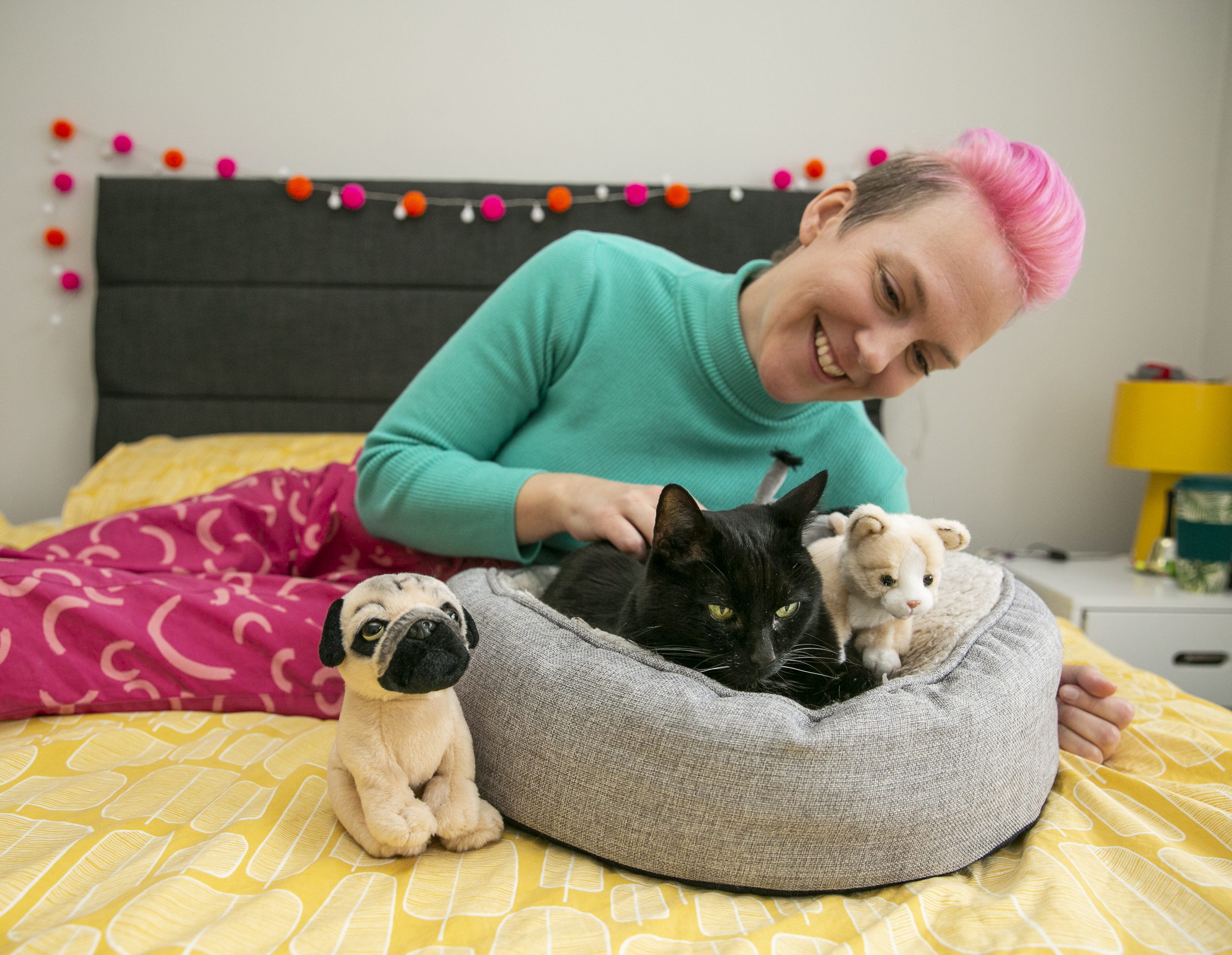 "IT’S not that I don’t like children. I just prefer other people’s children.

That way I can hold them and play with them, but I’m more than happy to hand them back when I’m finished.

I never thought of myself as someone who would feel maternal about an animal but that is exactly what happened when my ex and I decided to get two dogs.

When we got them home I remember thinking we were responsible for keeping these two little creatures safe and that their happiness depended on us.

When the relationship eventually ended we had to work out what to do about the dogs. We both wanted them, but we agreed the sensible thing was to leave them with my ex because he spent more time working from home.

I remember being in floods of tears and feeling horribly guilty because I was abandoning my babies.

A few years later I adopted two eight- week-old kittens called Loki and Kirby with my current partner and all those maternal feelings came rushing back.

I was finally a mummy again, with two new babies to take care of.

We installed a “cat cam” so we could keep an eye on our babies while we were at work but we’d also use it to watch them at night, to make sure they were asleep and not getting up to mischief.

People have said to me that animals can’t take the place of children, but I think in some ways they are better.

I never had to deal with teenage angst or worry about how they were going to be able to make their way in the world.

And as long as you look after them and show them love, they will always love you back.

I know there are people out there who think Pope Francis is right but there are so many people like me who prefer their pets over kids. We can’t all be barmy."

‘The only human-friendly places are our bedroom and the kitchen’ 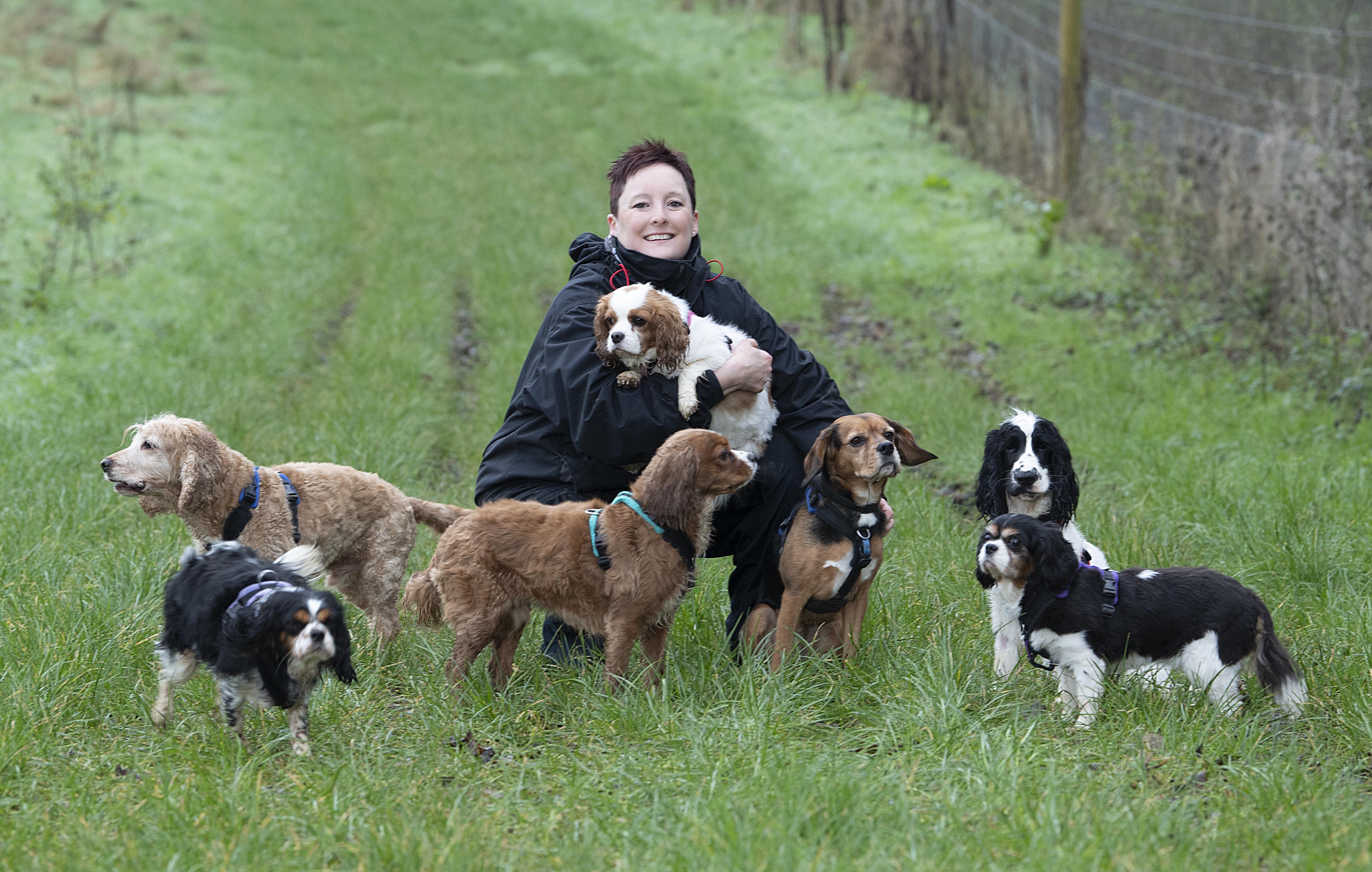 "PUT a baby in my arms and I’d have no idea what to do with it, or how to look after it. But I was always completely at home with a puppy or a kitten.

It’s been that way since I was 13. Friends joke that they wouldn’t think twice about asking me to look after animals but would never dream of leaving me with their kids.

When I met my husband Carl, 52, he was actually relieved to hear I had no ­interest in babies because he felt exactly the same way.

We only planned to have six animals – two dogs, two cats and two birds – but we found ourselves taking in animals that no one else wanted.

Before we knew it we had 17 dogs and nearly 50 cats, not to mention rabbits, guinea pigs and birds.

We had to move into a five-acre property to accommodate them all. Now the dogs have their own adventure playground while the cats have a whole patio – or as we call it, a catio – for them to play and lounge in.

There are scratch posts and pet beds in nearly all the rooms.

In fact the only human-friendly places are our bedroom and the kitchen.

Our family is our life. We never even take holidays because we don’t want to leave them for any length of time.

Our idea of the ideal evening is watching TV surrounded by our family.

I’m astounded that the Pope, someone who has chosen not to have children ­himself, feels he can tell women what they should be doing with their bodies and ­criticising us for choosing to love and care for animals over having children."

Fear the Walking Dead questions that remain unanswered in season 4