Home » Fashion » I feel dad guilt 24/7, I didn’t see my kids for 7 weeks working with Diversity during the pandemic, says Ashley Banjo

WITH his busy dance schedule, super six-pack and that winning smile, it’s hard to remember that Ashley Banjo is just a regular dad trying to lead his own life behind our screens.

Battling work and family life, the Diversity dancer finds it difficult and regularly suffers with dad guilt as he tries to make sure he is equally sharing out his work and personal life. 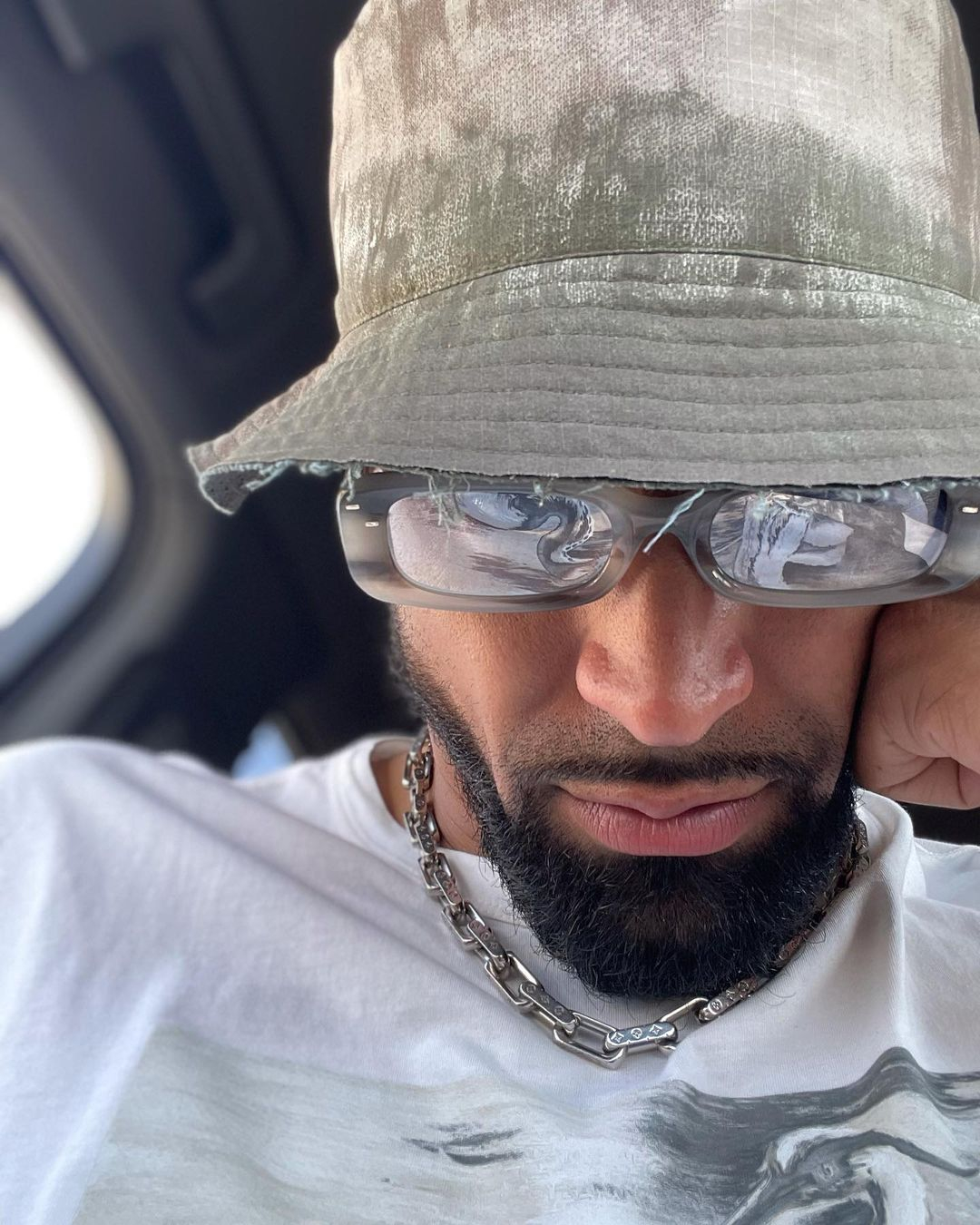 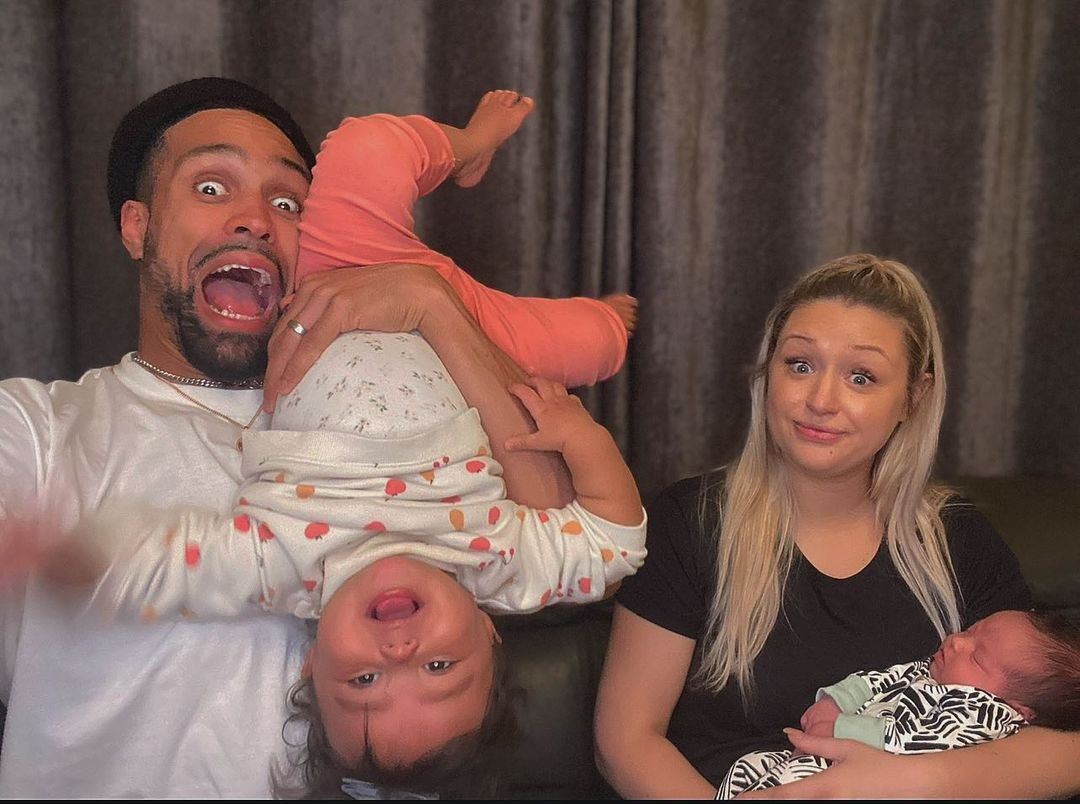 But Ashley, 32, who shares his two children, Rose, two, and one-year-old Micah with his wife, Francesca Abbott, 31, a talent manager, embraces everything he has done so far for his family.

He says: “The past few years have been amazing, you always hear the words that it is ‘life-changing when you have kids’ but you never really know what it is like until you experience it.

“Kids are the best thing that has happened to me in my life. But oh my gosh, I feel like I experience dad guilt 24/7 if I am honest.

“Just because you want to do more for them don’t you? It's a really interesting position where you are lucky to be able to give them a lot but one thing that you can’t always give them a lot of is your time, and it is like the most precious commodity.

“I find myself in the position with my job where you are lucky to give them things that I could never have before, but it’s the ones where you want to give them more of your time.

“You will always be pulled so of course you feel dad guilt but at the same time I feel very lucky to just have beautiful babies.”

And despite the long and strenuous dance rehearsals and late nights in order to perfect a performance, it’s being a dad that Ashley has found the most challenging thing to overcome in his life.

He says: “All you want to be is a good dad, and it’s trying to get the right balance that I have probably found most challenging.

“Trying to make sure my kids feel like I am present, but also trying to provide for them.  It’s knowing that you have to walk out the door.

“For example last year with COVID I had to isolate myself in a bubble with Diversity.

“We were away for six or seven weeks and we couldn’t come home – and Micah was only a few months old then.

“That was really tough, and I remember when Rose was born a few years ago, I remember I had three days at home with her and then I had to work.

'It's knowing that you have to walk out the door'

“They are so little and that time is really valuable, so there are some challenges. I think when they are babies, everyday is a bit of a milestone as well.

“Of course being away and touring is hard, but also it swings in roundabouts because there will be times when I have a few weeks off.”

And there is one parenting tip that Ashley had to learn the hard way in finding out.

He says: “My biggest parenting tip that I never knew before and I tell others is, when I am changing my little boy's nappy, open the nappy and then close for 10 seconds and then open it because when the fresh hits, it is guaranteed to cause a bit of a leak, that is all I am saying.”

And standing at 6ft 4ins and a muscular physique, the family man has fans regularly sliding into his DMs.

He says: “I feel like people love family content, and love seeing the babies but I wouldn’t say I get many dad DMs.

“I always get lots of fan mail and cheeky messages from people. Instagram is an open door to the world and Twitter. So you get everything: the love, hate, cheeky, chancers, you get it all.

“Social media is an interesting world. It’s just part of the job isn’t it.

“You can’t necessarily ask for attention and ask people to look at your products and come to you, and come to your shows without getting people to ask you questions and be interested in you.”

However, when it comes to trolling Ashley chooses to ignore it despite him continuing to get racist comments from his Diversity Black Lives Matter performance last year on Britain’s Got Talent.

The dance routine caused uproar amongst many viewers in which Ashley was subjected to 100 abusive tweets per a minute.

The first time I went out, and it sort of blew up, I just didn’t really know what the person to my right or left was thinking

He says: “I just wish social media was more of a place that had repercussions.

“If you put yourself out there, obviously you get people who respond in loads of different ways.

“I feel like it wasn’t ideal when we were getting an absolute barrage for weeks on end from thousands and thousands of people online last year.

“And at the time when we were getting trolled massively for our dance routine, to say that it didn’t have any effect on our state of mind and our mental health and our well-being would be a lie.

“The first time I went out, and it sort of blew up, I just didn’t really know what the person to my right or left was thinking.

“I was constantly second guessing myself. Even though I knew what was happening online wasn’t the majority, it felt like so much that I was almost bracing myself for something that was going to happen in public.

“And of course, there are still waves of that stuff that comes to me even now. But now I personally just crack on, and ignore it.

“Some days you see something and it can get to you more than others but you just have to do your best and carry on.

“But I think, if I had to pin point one thing that I would like to see change it would be education. 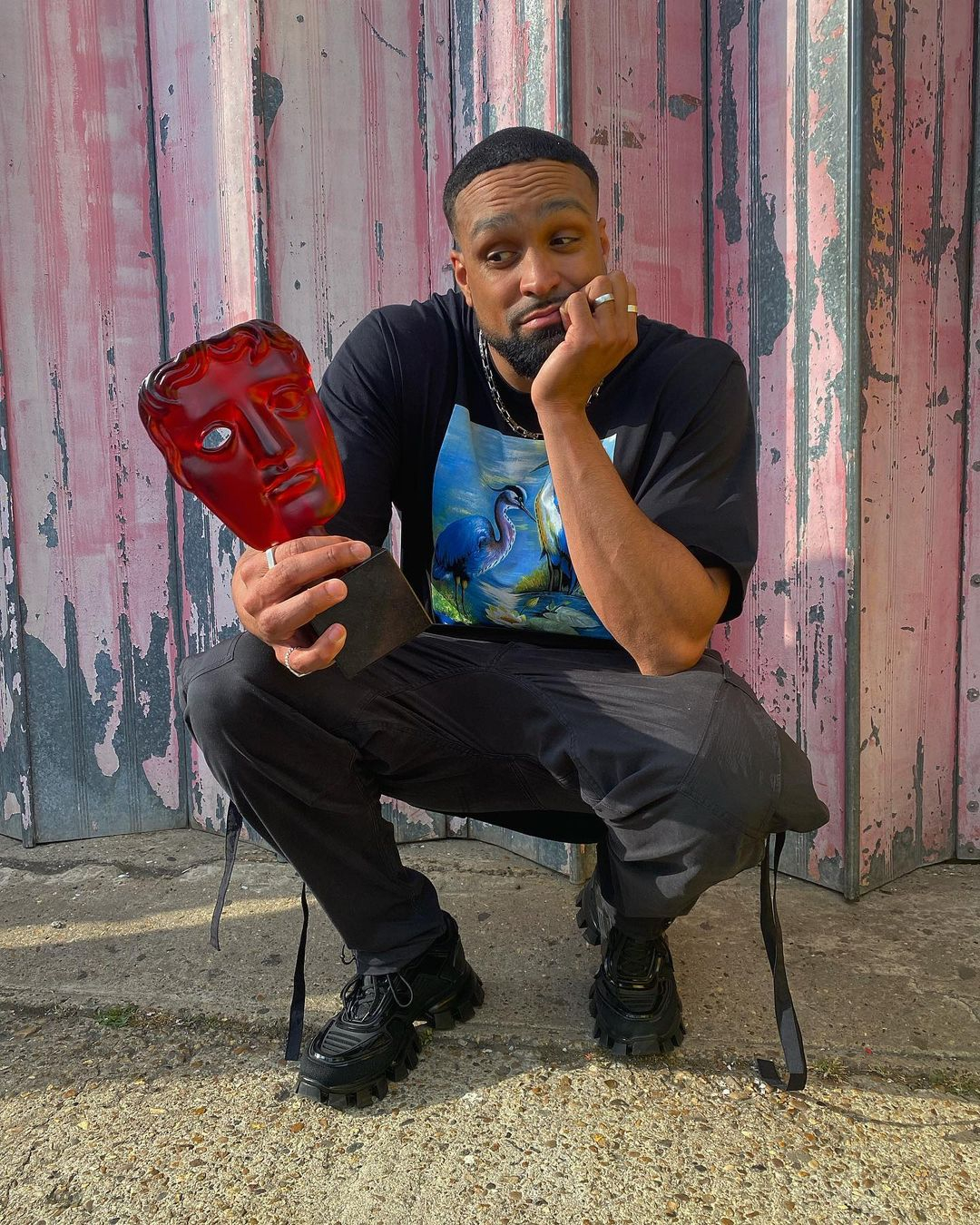 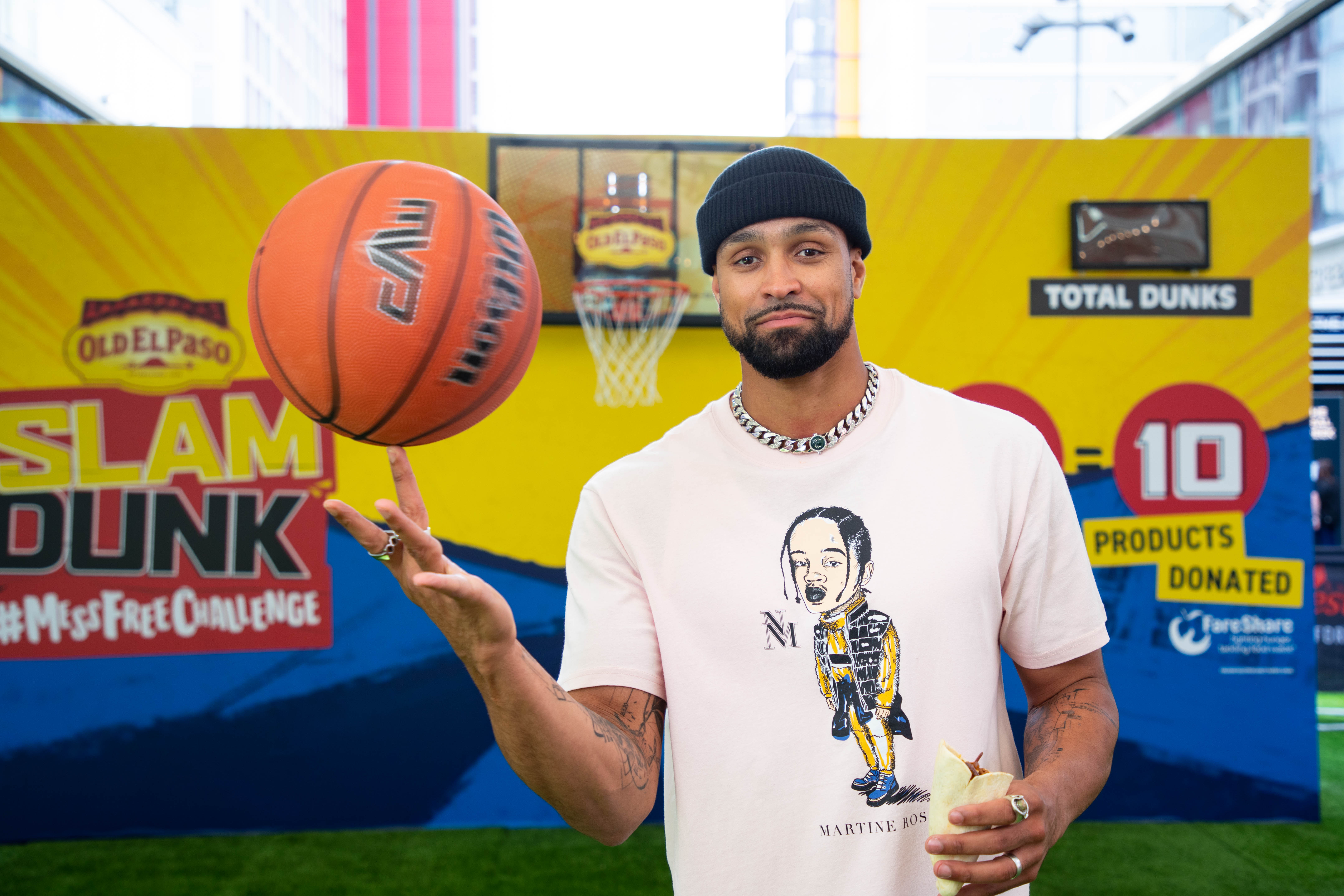 “From school upwards, it is really vital to have education on diversity and inclusion, and how our country was built, why it looks the way it does, and how there is so much diversity – excuse the pun – but there is, in this country, and why this country is so accepting.”

But when it comes to parenting his children, Ashley hopes to be able to guide them through any difficulties in life.

He says: “I don’t think I would ban social media from my children, I’d rather do the opposite.

“I feel like with kids sometimes, if you say no or you take away something it then becomes this commodity, and it becomes even more attractive.

“I feel like I would rather immerse them in it, and teach them the dangers and teach them how to navigate that properly because at the end of the day.

“My kids could use a tablet and an iphone before they can talk. It’s the world they live in, so I think I am going to actually do the opposite.” 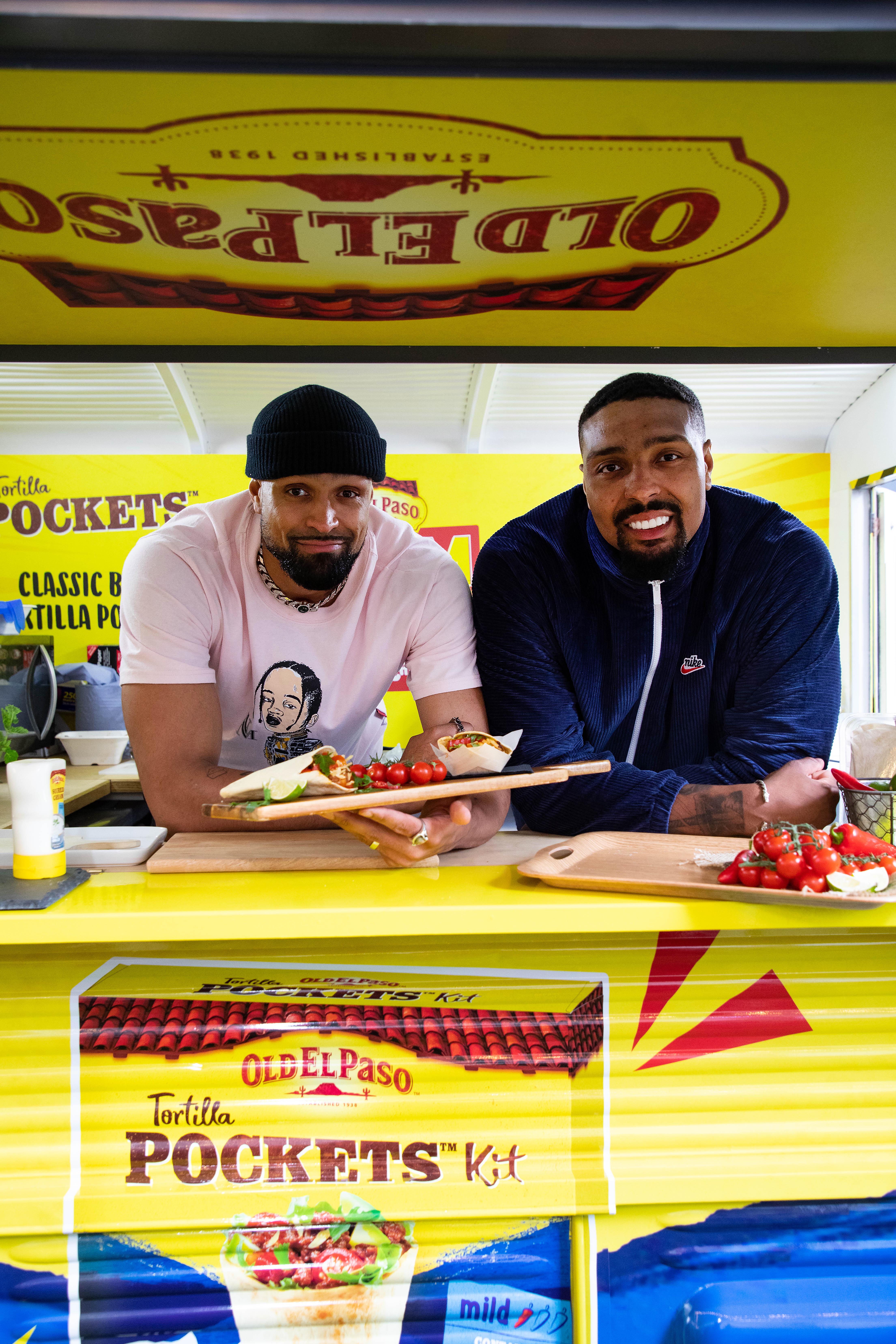 Old El Paso™ joined forces with Ashley and Jordan Banjo to invite fajita fans across the capital to take part in a new challenge that requires ball skills, a strong jump, and a very steady hand – the Slam Dunk #MessFreeChallenge.

Plus, Vanessa Feltz speaking on why 'ageing gracefully' isn't a compliment

And, Anne-Marie talking on how lockdown kept her away from quiting music

Policeman saves five-year-old girl from being dragged under train

Anne Hathaway Wasn’t Happy After Oscars Win, Responds to the Internet Turning On Her

Galaxy Note 20 Ultra review: A beauty and a beast, but the price is hard to justify