Home » Fashion » I got ALL my girl's Christmas presents for just £20 & a FREE Barbie Dreamhouse, I don't care if people think it's tacky

A THRIFTY mum has revealed how she gets all her daughter’s Christmas presents from charity shops and second-hand sites – spending just £20 on the lot.

Jess Hollinshead, 31, has saved thousands with freebies like a Barbie Dreamhouse, which normally costs £230, and spent just £50 on 53 gifts for friends and family this year. 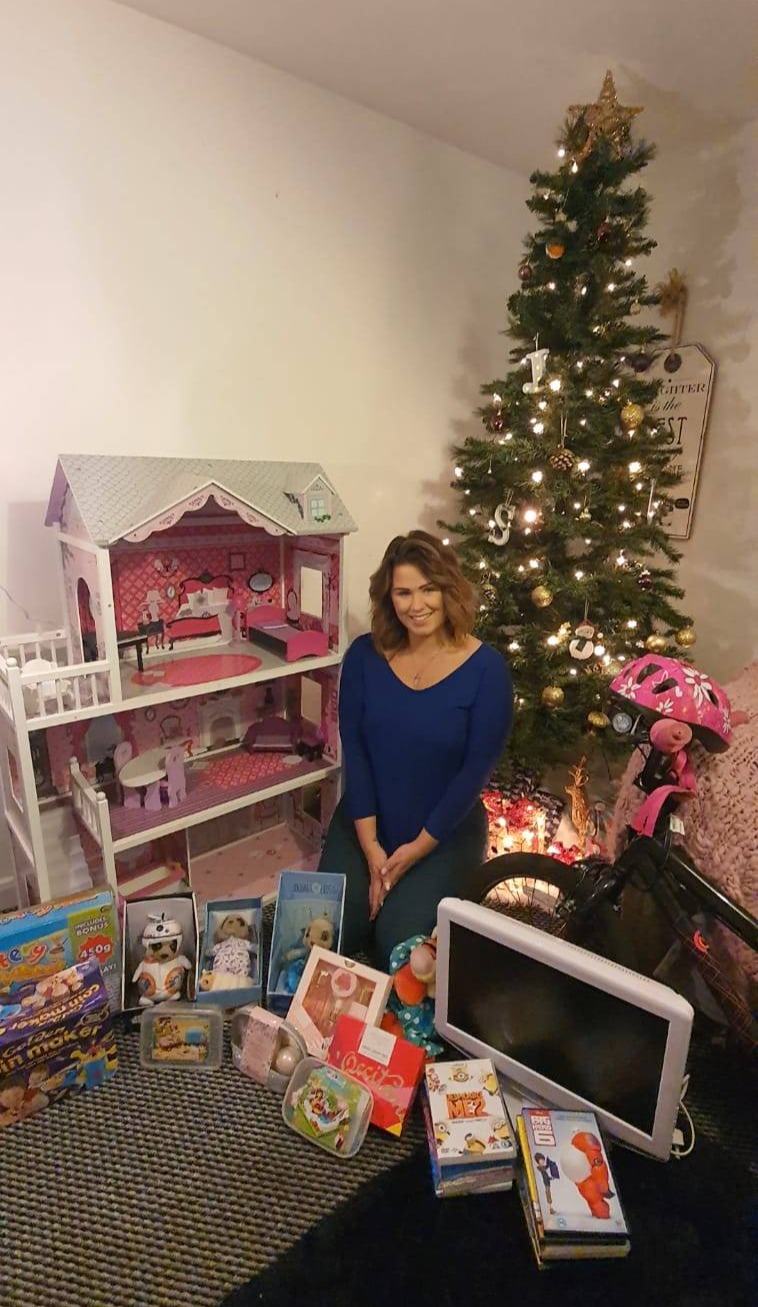 The call centre staffer, from Leicester, got 30 bargain gifts for five-year-old daughter Scarlett’s Christmas – including Barbie’s crib, a TV and a bike.

The single mum also bagged Secret Santa gifts for friends and colleagues for just pennies – and rarely spends more than £2 on a shopping trip.

Jess says she doesn’t care if people think she’s cheap, after racking up a £5,000 credit card debt from splashing out and finally becoming debt-free thanks to her savvy ways.

“I’m not cheap I am ingenious,” she tells Fabulous. 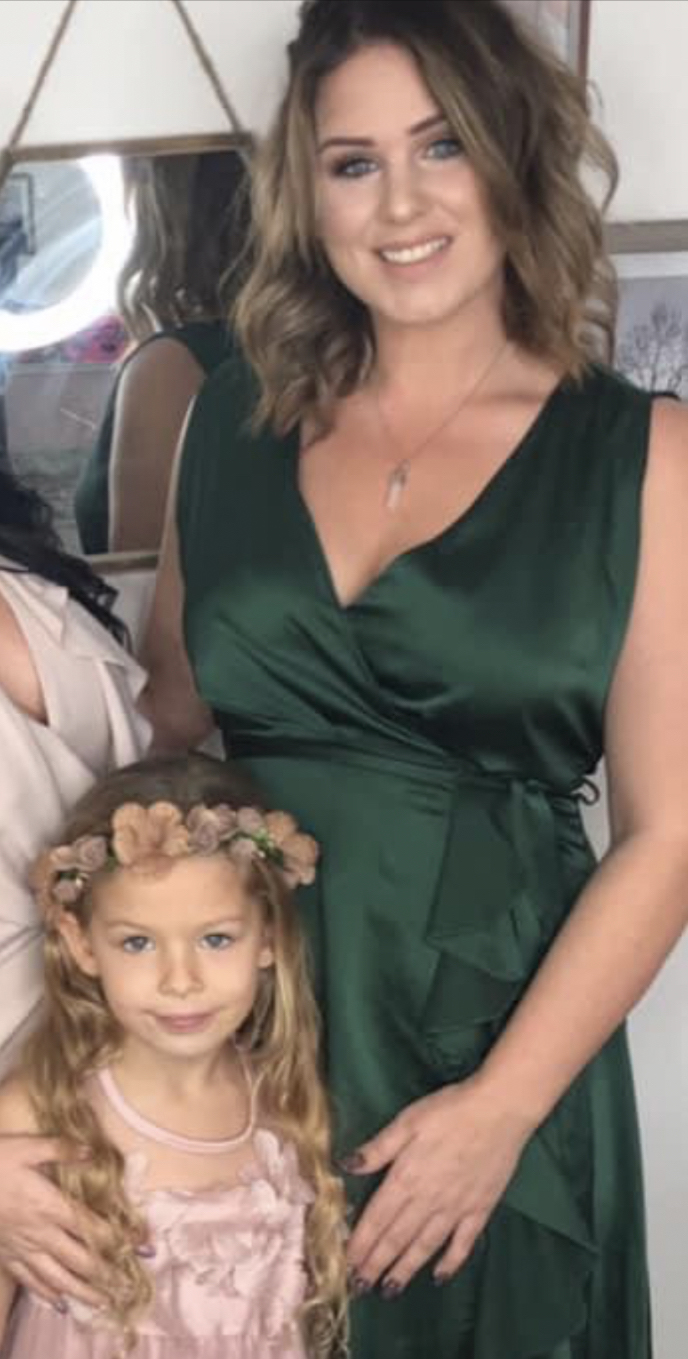 “It’s easy to splash out and lavish your kids with whatever they want. But more than likely they will grow up spoilt and unable to budget themselves.

“It honestly shocks me what some folks spend when they can’t pay their gas and electric.

“It’s time us parents did a rethink for everyone’s good.

“I know some people will see my haul of 53 presents and label them tacky, or turn their noses up at them, but I don’t care.

“My daughter adores her gifts and shopping like this has got me out of £5,000 of debt.”

I know some people will see my haul of 53 presents and label them tacky, or turn their noses up at them, but I don’t care

Jess started shopping for this Christmas in January but steered clear of high street sales shopping.

Instead, she hit the car boots, charity shops and second-hand stores, while scouring Facebook Marketplace, swap sites and eBay for freebies.

She says: “For me, it’s an obsession. I made a list of things I knew Scarlett would want, researched new toys that were coming out this year and saw if I could get similar bits for pennies.

“I am so proud to be able to show off my daughter’s haul of 30 gifts and know they only cost £20.

“Most of them are used but some are brand new, parents throw them out when their kids get bored as many are spoilt with too many gifts.”

“No-one can spot the difference.”

One morning, I set a 3am alarm to see what had been posted on Facebook overnight, that’s when I spotted the Barbie Dreamhouse. It was FREE and Scarlett had been asking for one all year

Among her daughter’s gifts are a second-hand bike which cost £5 from a charity shop, a nearly-new scooter costing £2, a TV and DVD player.

She also picked up four Lego sets, three Disney Princess dolls and a Disney teddy valued at over £400 – as well a chocolate coin and pottery making kits for free.

Jess says: “In the past, I have even walked past strangers moving house and asked if they have anything they want to get rid off.

“People often have brand new items they’ve realised they don’t need, I put them straight in my gift cupboard.

“One morning, I set a 3am alarm to see what had been posted on Facebook overnight, that’s when I spotted the Barbie Dreamhouse. 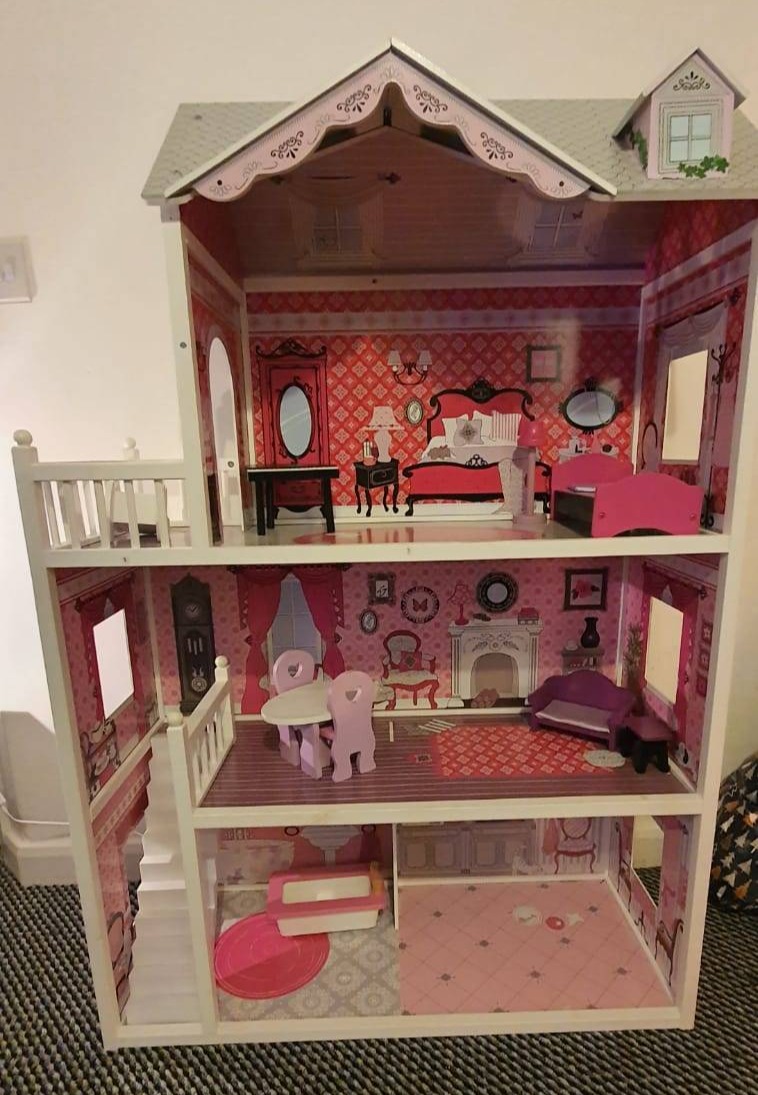 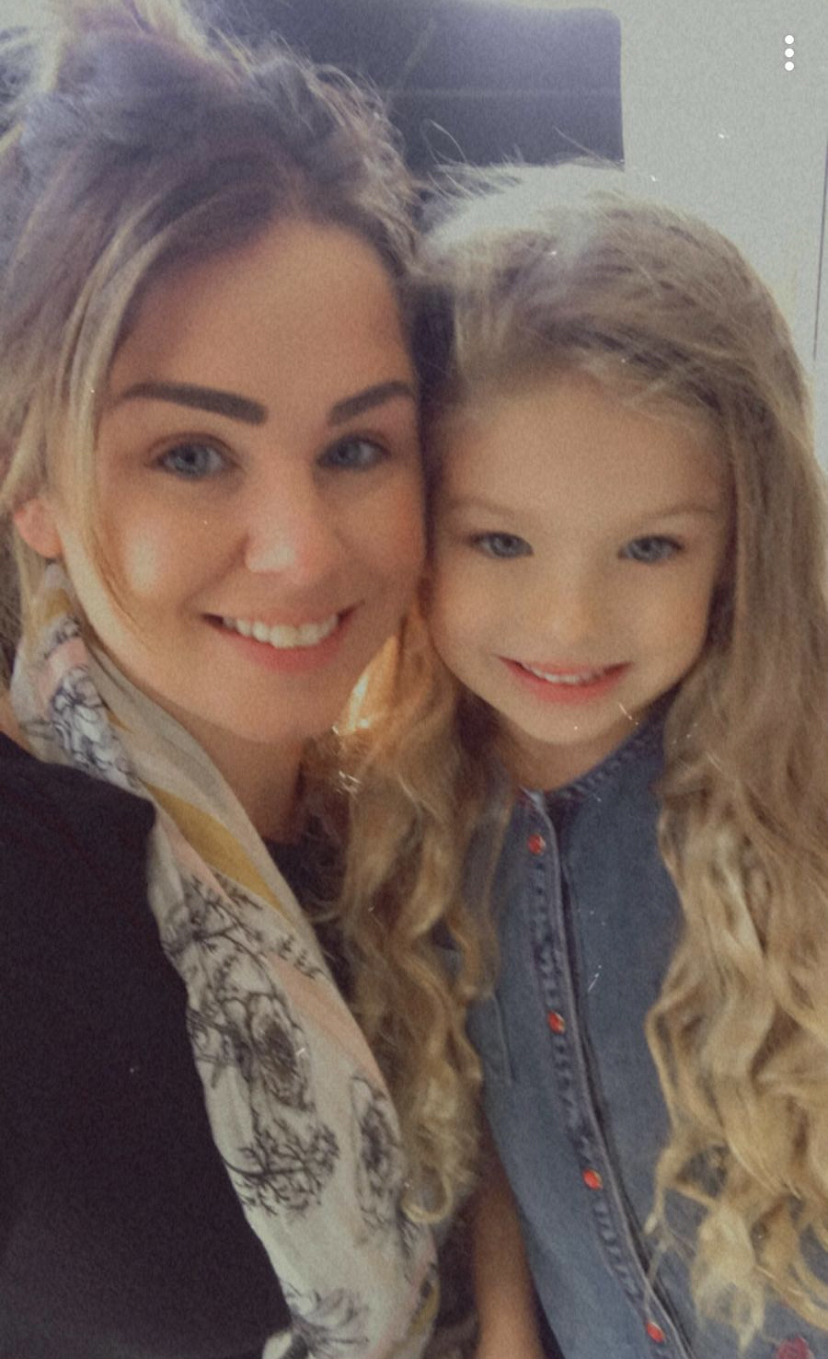 “Scarlett had been asking for one all year. The thought of spending £120-£230 for a new one actually terrified me.

“I messaged the mum and said I’d come round immediately if necessary, it was free which is amazing.

“It’s been played with but I gave it a clean and did some repairs, so it looks new now.

“I was overjoyed because I’d been looking on eBay and the prices went through the roof in December. I know Scarlett will be so happy.

“Now I set alerts for items I want to find on these groups and regularly wake up in the wee hours to check.

“It’s worth it. I am always polite and follow up on all my messages. By doing this, you can get bigger discounts than the advertised prices.”

All from charity shops or free sites, costing £20 in total

Make your own pottery set

Three Meerkat Dolls (including Elsa one) 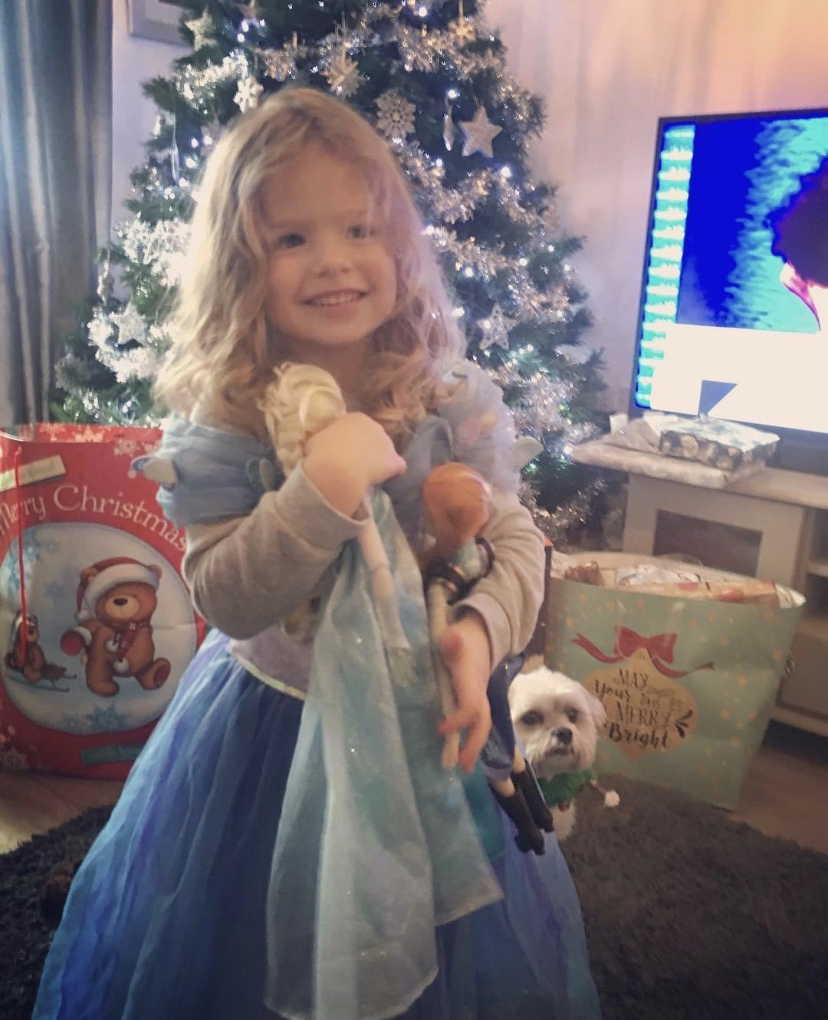 In charity shops, Jess has managed to bag three Meerkat Dolls, including the popular Elsa one, admitting her daughter does not stop asking for them.

She says: “I paid less than a pound for the Meerkat Dolls, which were brand new, and got books, hair clips and clothes on the same visit.

“My friends and family are all getting second-hand gifts too.

“I was straight back to the charity shops after lockdown 2.0 and found three L’Occitane gift boxes for £2 in total.

“That sorted my Secret Santa gifts for a colleague, a friend and a relative. 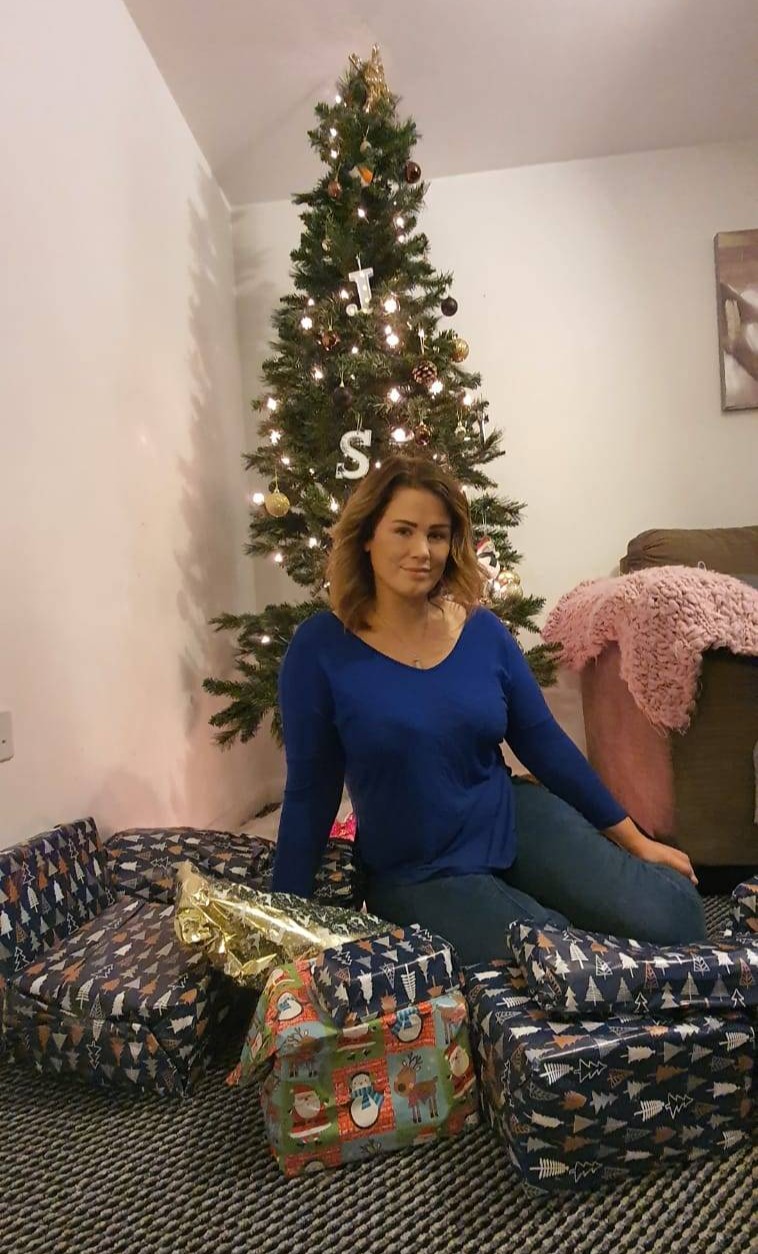 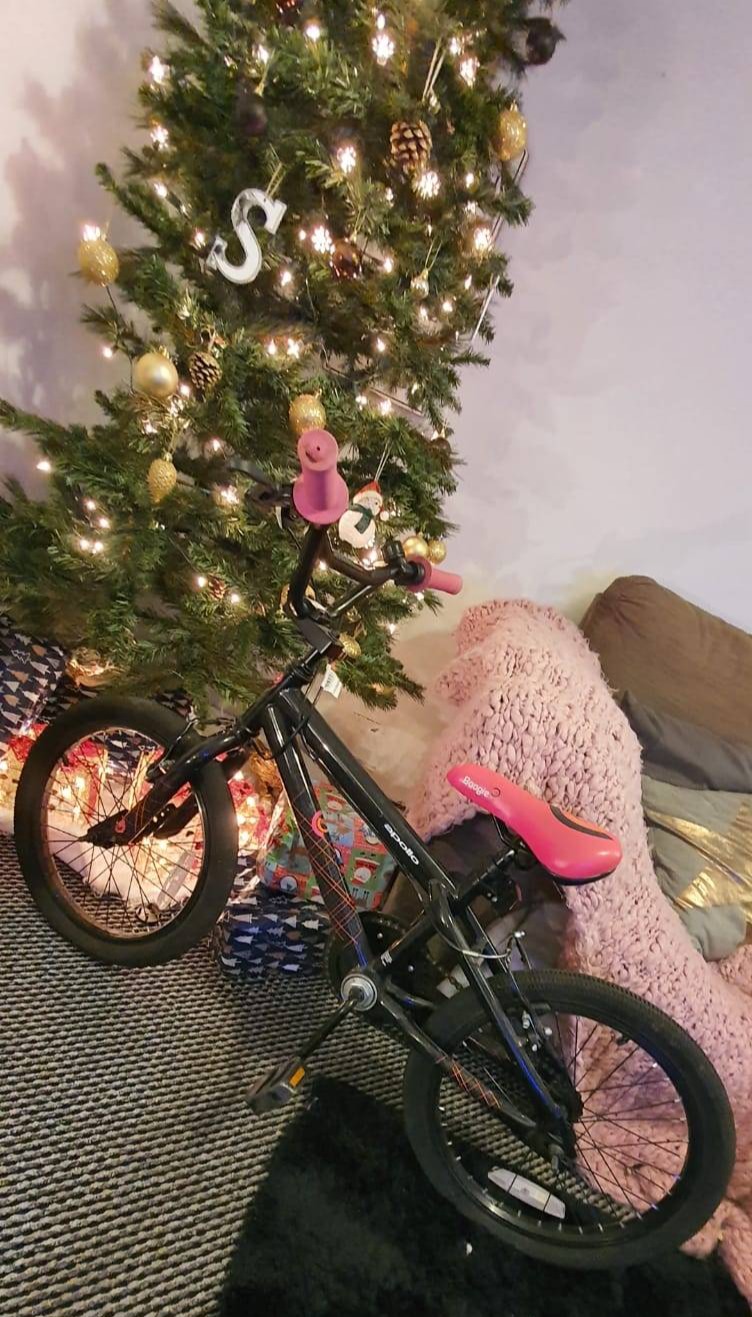 “When I first had Scarlett in June 2015, I was overwhelmed with mum guilt.

“I felt I would be a failure or labelled a bad mum if she didn’t have the very best of everything.

“I felt pressured into spoiling my child and sticking everything on a credit card, getting myself into debt.

“But when I split from Scarlett’s dad in Feburary 2017, I knew my spending needed to change.

I had run up £5,000 in debt trying to be the perfect mum. I knew if I didn’t change my ways, my daughter would end up super spoilt

“I also knew if I didn’t change my ways, my daughter would end up super spoilt and never know the value of money.

“I’d see toddlers throwing temper tantrums in toy shops because their parents never said no, I didn’t want that for my girl.

“I also worried she’d end up making the same mistakes as me by buying stuff on credit.

“That was the kick in the bum I needed to change my life. 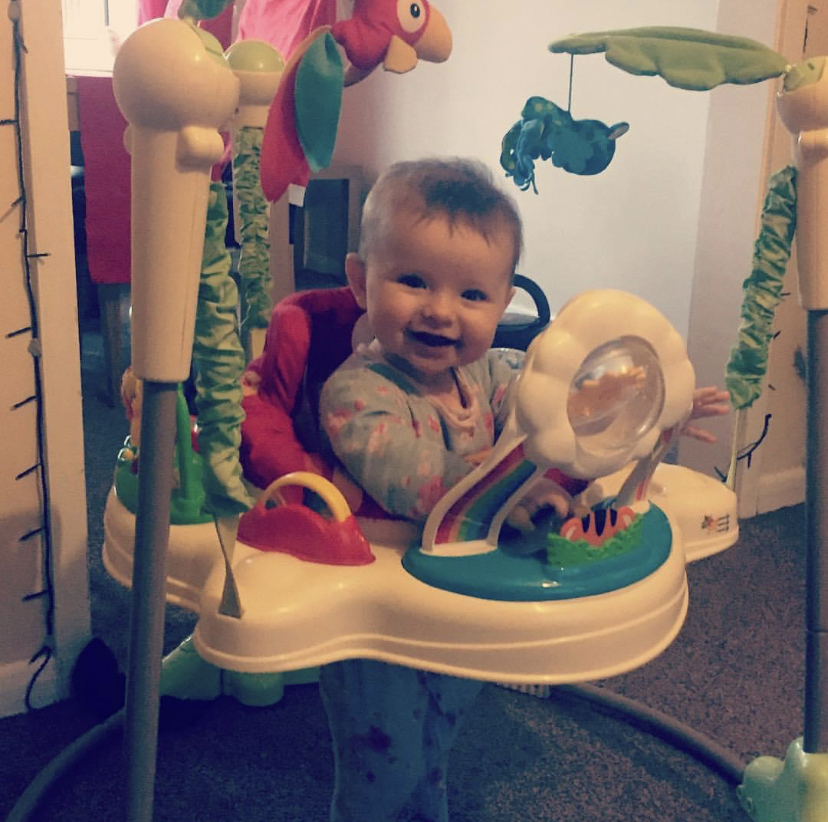 “I completely re-evaluated my finances, joining a debt management scheme and working out how to save as much money as possible.

“I soon realised cheap activities like baking cakes were more fun for her than fancy toys.

“And I’d always loved charity shops as a teen, so it was fun to start digging through baskets for bargains again.”

Jess signed up to as many free sites as possible, sold her daughters’ unused toys and clothes the mum no longer wore.

She says: “I started rebuilding my life. I also saw my GP and had CBT therapy, which changed my attitude on needing to splash out to be a ‘good parent’.

“I’ve debt free June 2019  but I will never stop using the free sites and charity shops.

Jess’ tips for bagging a bargain

“I’m determined to teach Scarlett the value of a bargain. She has her own purse and I’m teaching her about finances young.

“My friends used to laugh at my ‘skimping ways’ but now they are doing the same. Covid has forced lots of people to cut back.

“The call centre I work at deals with financial issues so I hear many similar stories first-hand.

“Even if you have the money to splash out, I think it’s important to save where you can.

“I don’t care if people think I am cheap or buying tat, I know I’m not.

“I spend hours on these sites, searching for quality not quantity.

“I tell my mates to never walk past a charity shop without popping in and don’t be too stuck up to buy something which needs some love, then clean it up yourself.

“I know there’s pressure to splash out but if you get yourself into debt, you only have yourself to blame. I should know.”

Jess was often given second-hand gifts herself as a child and says she won’t be friends with anyone who thinks they’re “too posh” for charity shops.

She says: “It was hard for me being in debt but it’s saved me.

“I believe that experience made me a better mum and a savvier person. Now I can’t live without my charity shops and Facebook groups.”

Katie Derham: Pandemic could have cost us everything but Helen McCrory was an inspiration

Julian Niccolini, Face of the Four Seasons Restaurant, Is Forced to Resign