A WOMAN'S been left mortified after getting a beauty appointment which left her eyebrows so dark people said she belonged in Angry Birds.

Bella posted the video on her TikTok, where the mishap has been viewed 1.2 million times. 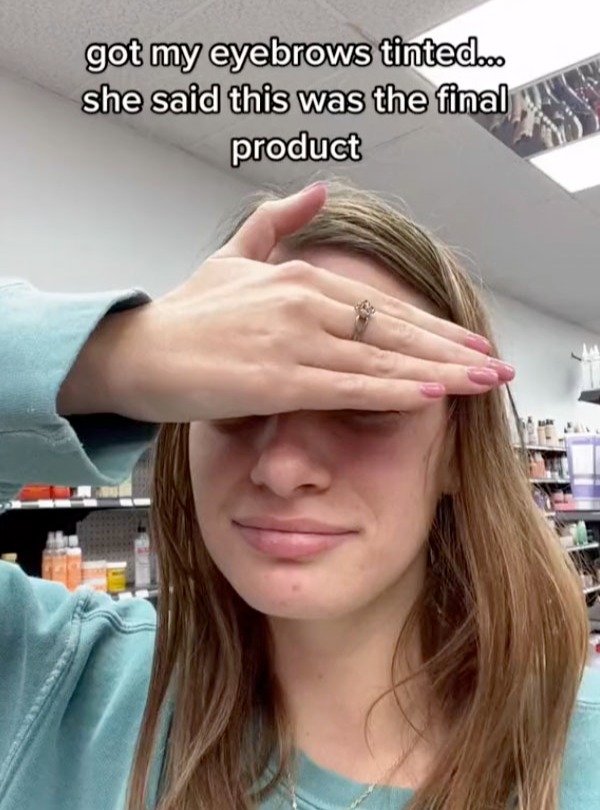 According to the 19-year-old, she had gone to her local beauty salon where, after letting the dye sit for a while, the brow person never wiped off the tint.

This left her with brows a couple of shades darker than her hair and despite not liking them, she pretended to love the results and didn't ask for a refund.

''I told her i liked them because my social anxiety couldn’t do it," she explained.

''They are not suppose to be that colour,'' observed one viewer.

''As closer to your hair colour as possible maybe 1-2 shades darker if you have really light eye brows.''

Someone else suggested: ''Sue for emotional distress.''

Famous face hides behind a disguise to go skiing – so can you tell who it is?

However, there were also people who thought she had overreacted, like this person who wrote: ''yall are so dramatic thats what they look like after a day or two they look great for weeks.''

''I did them too and the first days they were way to dark, after it completley healed they looked perfect, so trust the process,'' added another woman.

In order to help Bella get back her eyebrows to the pre-appointment state, some viewers shared their remedies.

''As crazy as it sounds windex will remove the color put some on a paper towel and fade the beginning of the brow,'' read one of them.

''i saw a girl use baking soda and conditioner to fix hers,'' a TikToker wrote.

Meanwhile, woman mortified after lamination leaves her with straight eyebrows… but everyone’s saying the same thing.

Plus, this woman used ''Just for Men'' to tint her eyebrows – they now look like POO and she doesn't know what to do.

Also, experts warn against the terrifying beauty trends taking TikTok by storm – including CUTTING your own eyelashes. 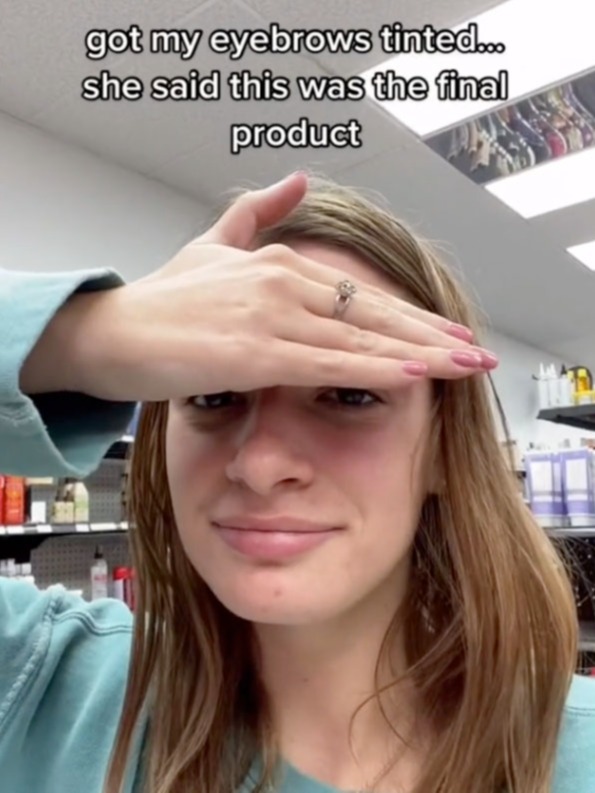 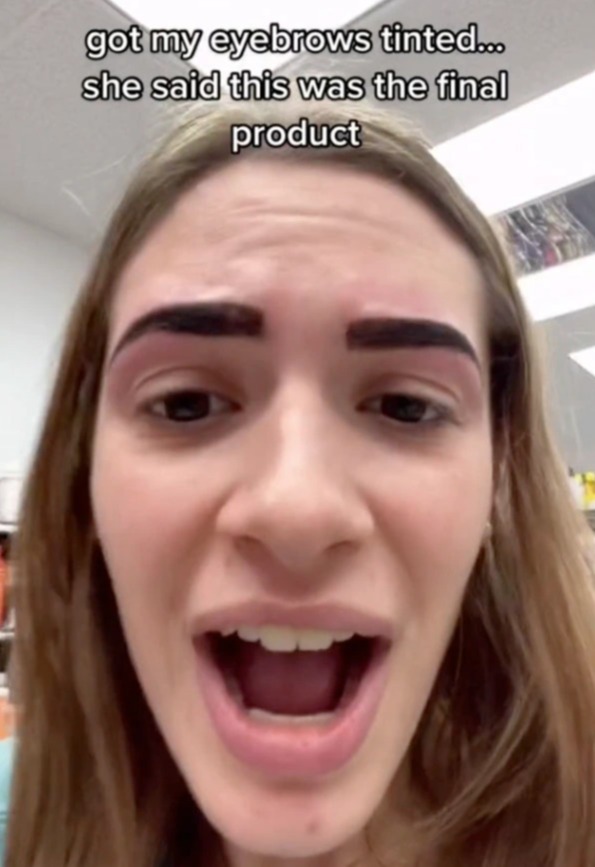