A TATTOO is for life so you want your inking to be perfect, right?

If you’ve had a tattoo, it’s quite likely that you’ve spent a while thinking about it and making sure it’s right. 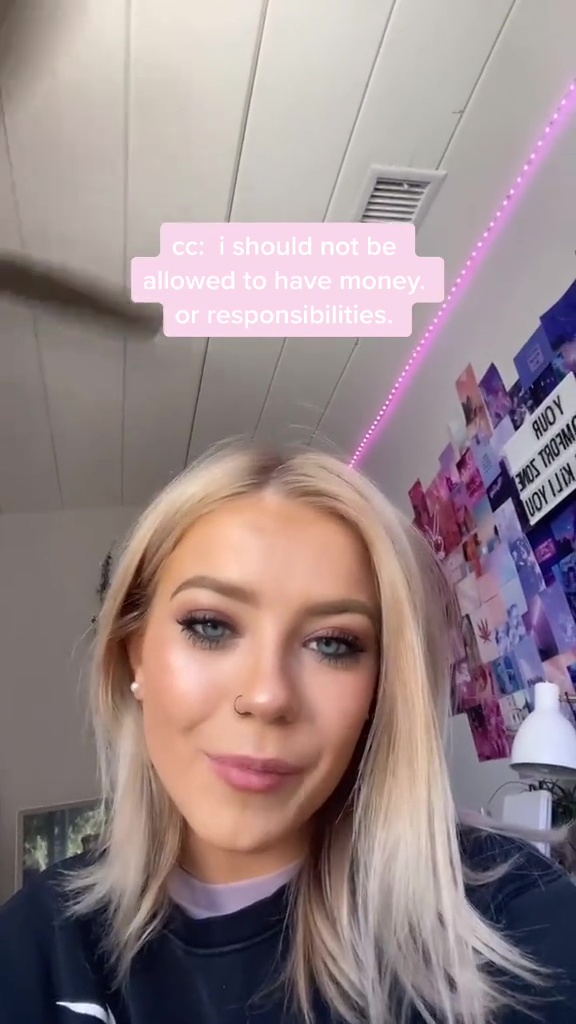 Well, one woman was left horrified when she got a rib tattoo and after she was inked, realised that not only was it crooked but it had an awkward double meaning.

She uploaded the video with the caption ‘tattoos r just not 4 everyone’.

Mary-Kate explained: “So I love tattoos right, and I’d probably go and get one every day of the week, if I didn’t have the bad experience I did getting my first impulsive one.

“So my first one I had ever got, I planned for months in advance, did a tonne of research.

“My parents were paying for it so they wanted me to be super educated and made sure I wanted it.

“I’ve almost had it for two years and it’s like one of those tattoos I know I’ll love when I’m an old lady.

“But I have this other tattoo…that I got a year ago today.

“I feel like I can kinda laugh about it now but I’m still in very much pain because it’s on my body forever.

“I had $80, my best friend in the passenger seat of my car and an inspiration pic from VSCO.

“And we drove to this suspicious place and I got a rib tattoo.

“Not only is it crooked but it has a double sexual meaning.

“I should not be allowed to have money or responsibilities.”

Mary-Kate didn’t actually show off her tattoo in the video, leaving TikTok users scrambling in the comments, begging her to do a tattoo reveal.

The video has clearly got many people invested, as it has racked up a whopping 5 million views.

One person said: “I would like to see said tattoos.”

Another added: “You gunna show us orrrr…?”

Mary-Kate then followed up with another video, showing off her crooked tattoo. 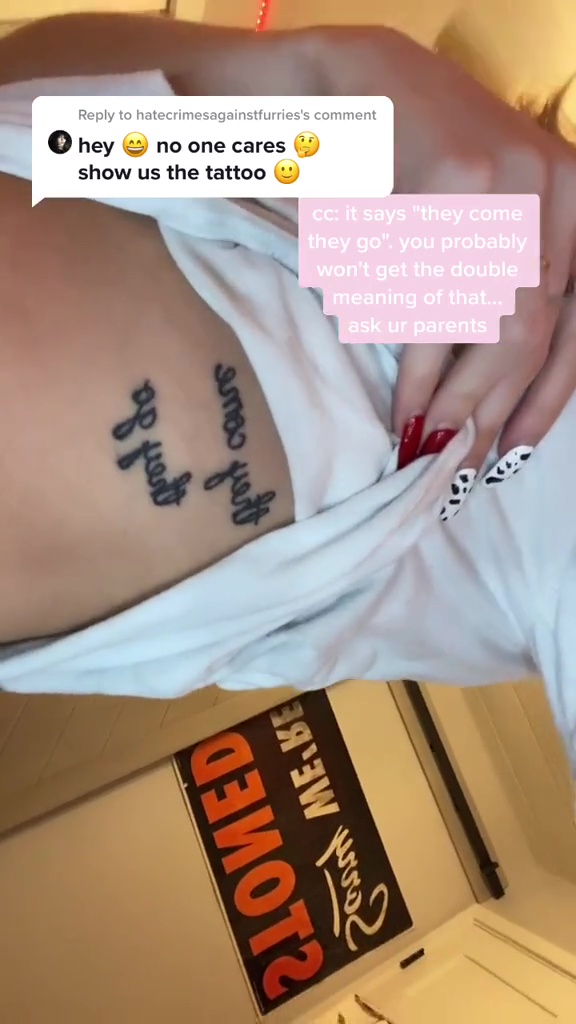 The tattoo is on her ribs and it says “They come, they go.”

Mary-Kate said, if you don’t get the double meaning, then “ask your parents.”

Mary-Kate’s tattoo reveal has racked up 685.5k views on TikTok and has got many people talking.

However, not everyone was as embarrassed by the tattoo as Mary-Kate was.

One TikTok user commented: “I actually like it lol.”

Another added: “Girl it’s not that bad.” 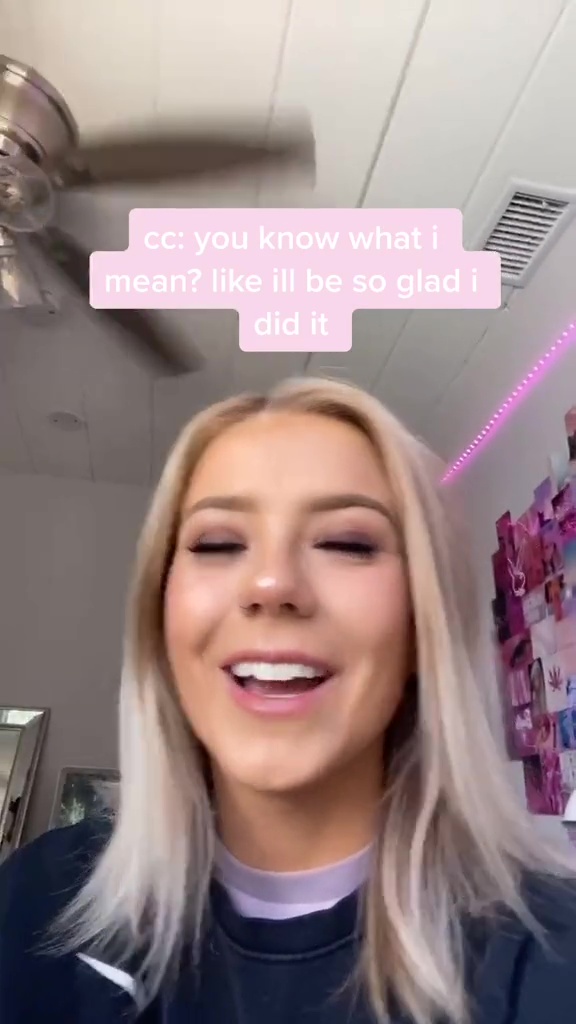 For other tattoo stories, I’m desperate to rent a house so I can see my new baby – but my face tattoos put landlords off.

Also, I wanted Abba lyrics tattooed on my tummy but got the words wrong… I’ll never get another inking again.

As well as this, I fell in love with a jailbird I hadn’t met – I have his initial tattooed & he showers me with gifts, I’m no gold digger.