A TEENAGER has revealed how she went to hospital for stomach pain when she was 17 and walked away with a baby.

TikTok user @tailynnormann said she had had no idea that she was pregnant and her son Mason was a complete surprise. 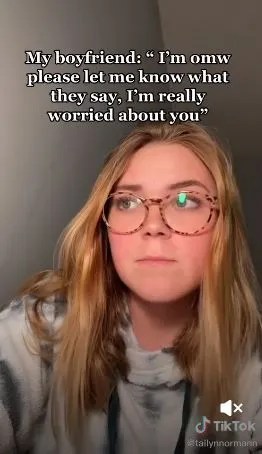 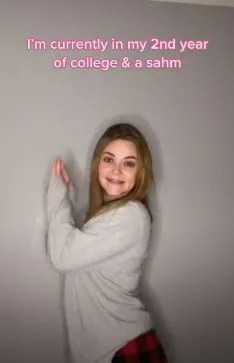 In a video, she explained: “Me to my boyfriend: ‘My parents are taking me to the ER for severe abdominal pain & I’m bleeding literally all over the floor.’

“My boyfriend: ‘I’m OMW (on my way) please let me know what they say, I’m really worried about you.”

Holding up their son, she said: “What he saw when he got to the hospital.”

Tailynn added more detail in a follow-up video and said she is now 19 and in her second year of college and is a stay-at-home mum.

The cheerleader continued: “Mason will be two on NYE and was a total surprise.

“I cheered throughout my pregnancy and found out about him in the ER in labour.”

To people asking if the father is still on the scene, she added: “Yes, his daddy is still around.”

People were quick to take to the comments, with one saying: “I do not claim this energy.”

Another added: “This terrifies me.”

Meanwhile, a woman didn’t know she was pregnant until her son’s head popped out in her bedroom.

And a teen didn’t know she was pregnant until 50mins before giving birth.

Why Anne Hathaway Did a DIY Haircut While Filming ‘Locked Down’