Home » Fashion » I was working a minimum wage job folding clothes now I've made my first million & bought 3 homes at 25, here's how

But fast forward to 2021 and the model, who's originally from Vienna, Austria, walked the catwalk for the same brand in Miami Swim Week and has made her first million at 25 – as well as buying three properties. 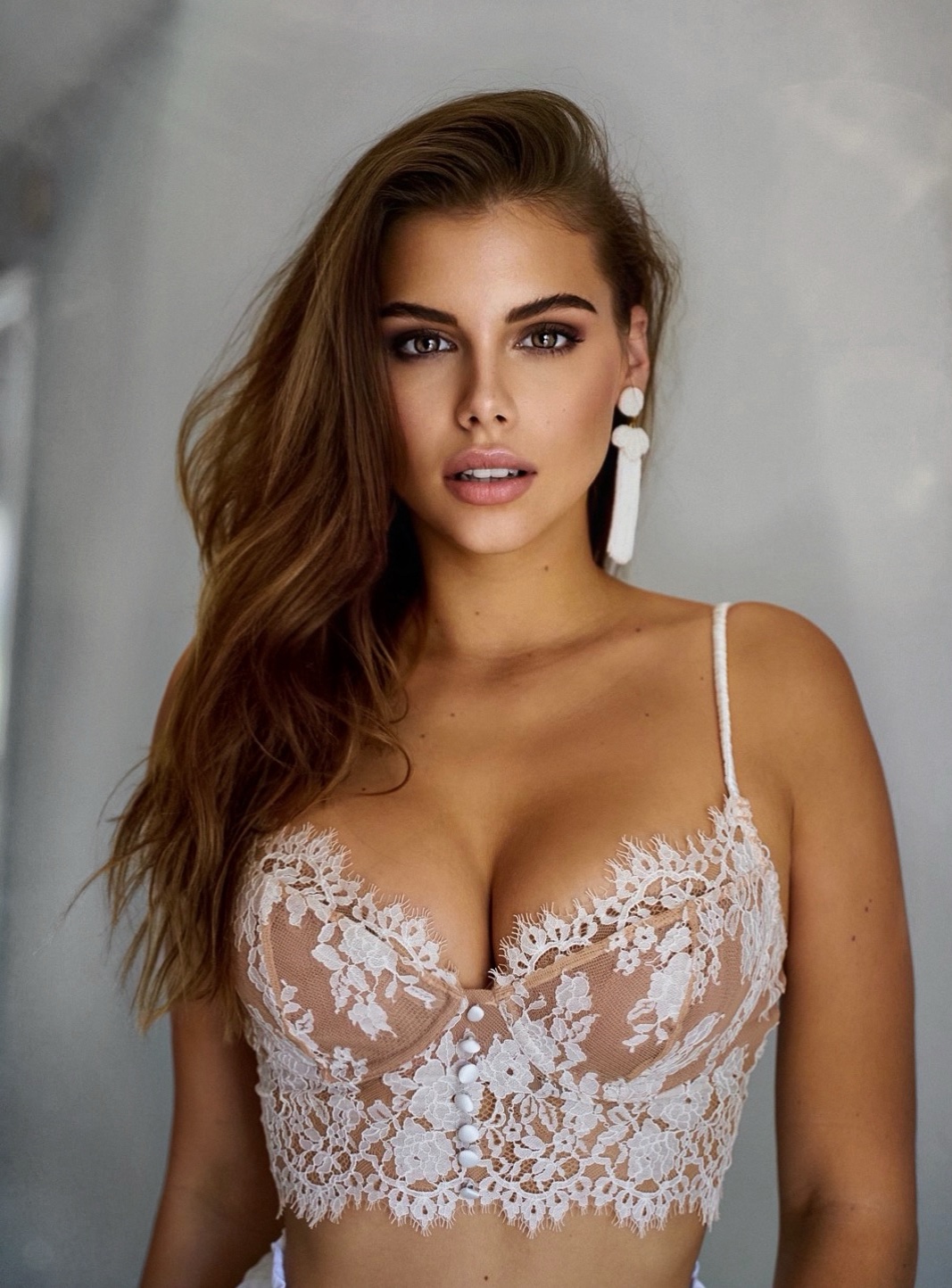 She tells Fabulous: "It just feels surreal, I'm in a place far beyond what I dared to imagine. It fills me with gratitude, but I never take anything for granted."

She says: "My first ever job was minimum wage, I was folding clothes at Forever 21.

"I always remember looking up at their billboards, with these beautiful models. 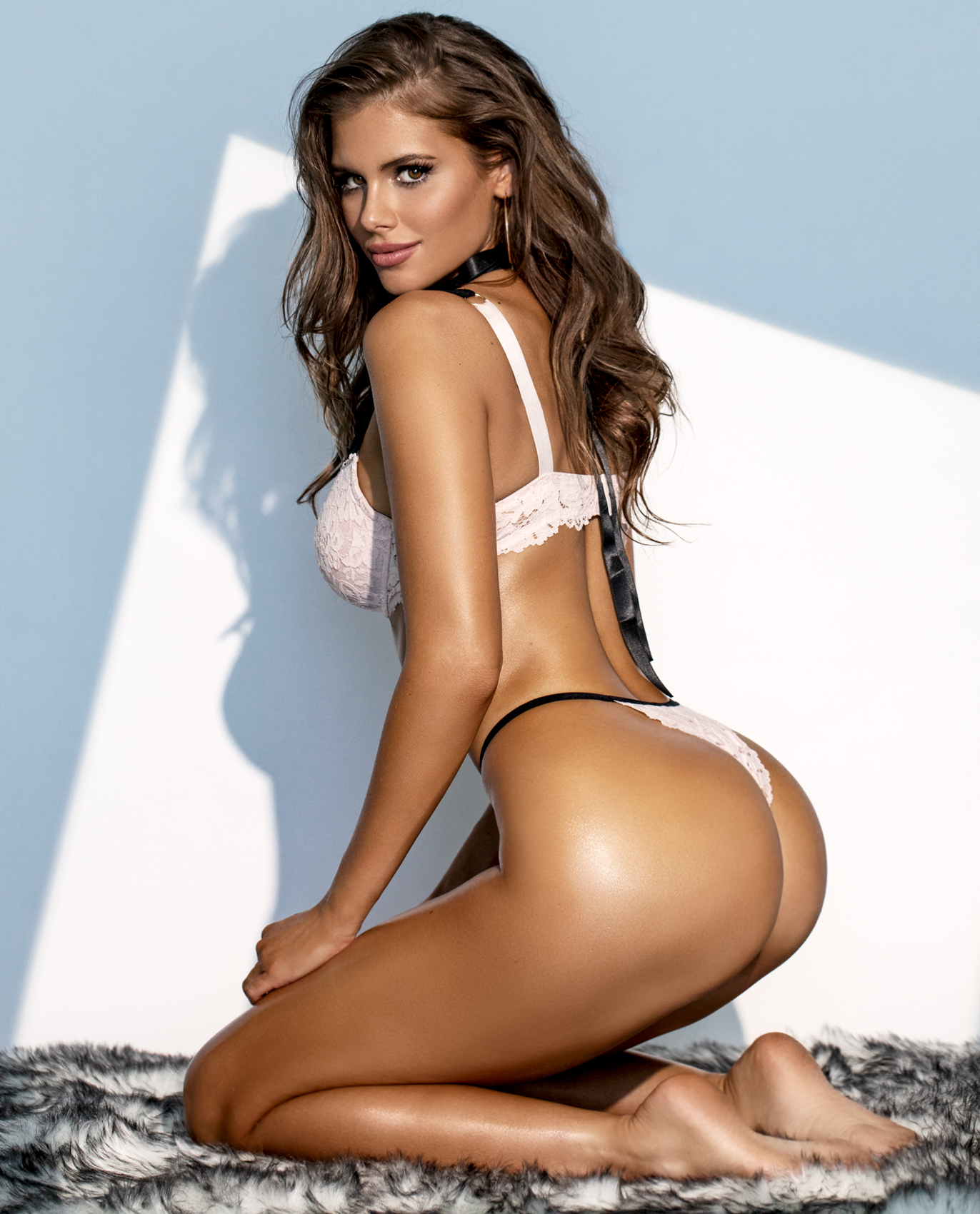 "A few months ago, I had an incredible moment because I was modelling in Miami Swim Week and Forever 21 booked me for its collection. It felt surreal, like coming full circle.

"The shop job was definitely hard work. It teaches you the value of money and of your time, how hard you have to work to make €8 (£6.90) an hour. Itmade me study harder.

"Then I decided to try modelling and quit my minimum wage job. It’s been up and down, my family weren’t super supportive of me when I started.

"They had a more traditional mindset and said ‘you should find something stable’ – but modelling has always made me feel so alive.

"It’s rewarding and fun. It’s enabled me to see the world and be financially independent at a young age.

"I was crowned Miss Vienna when I was 18 and that’s when I started to take modelling more seriously. I took it internationally, I lived in Singapore for a bit, then Barcelona, Munich, Italy and South Africa.

"But in the long run, I always wanted to move to the United States." 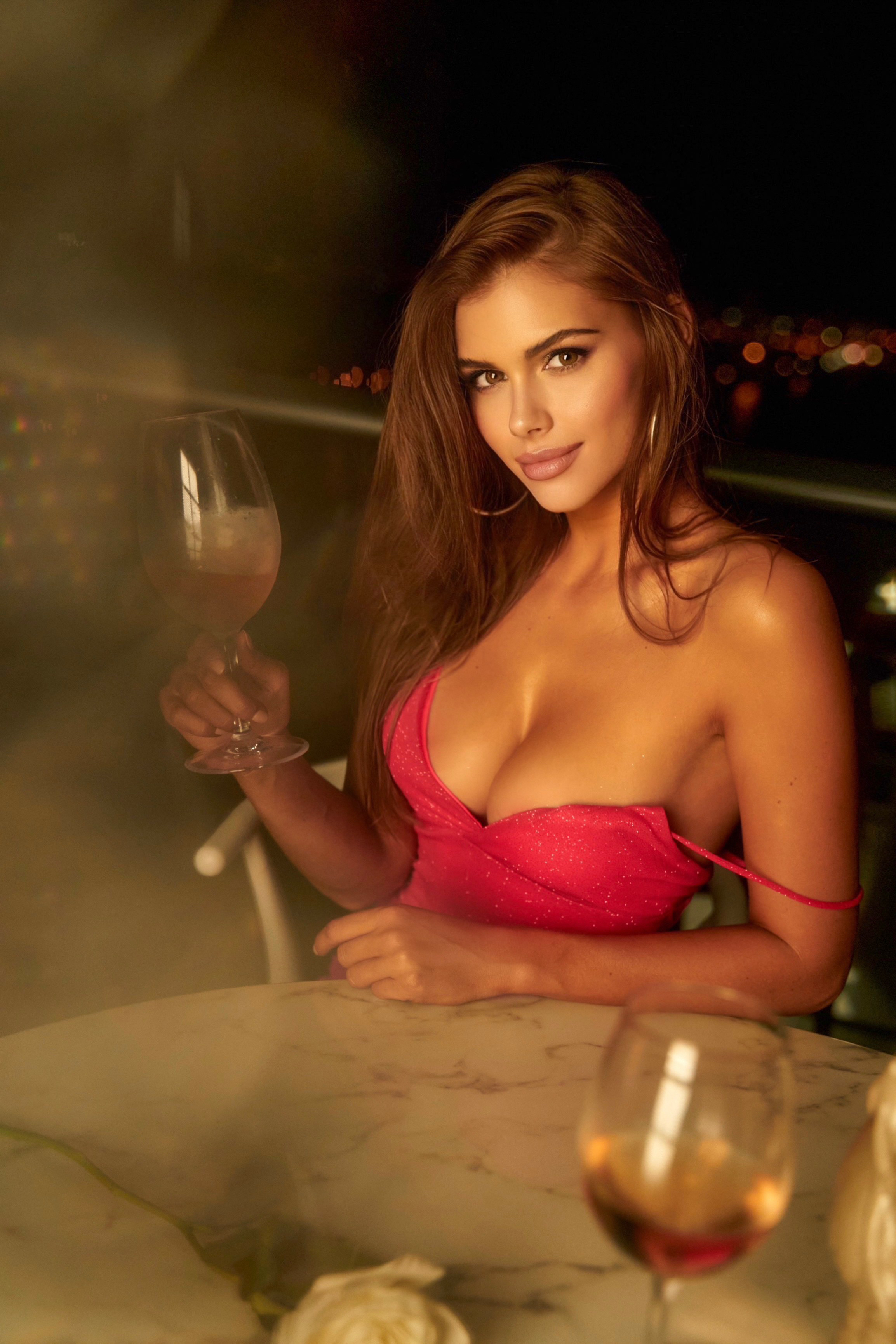 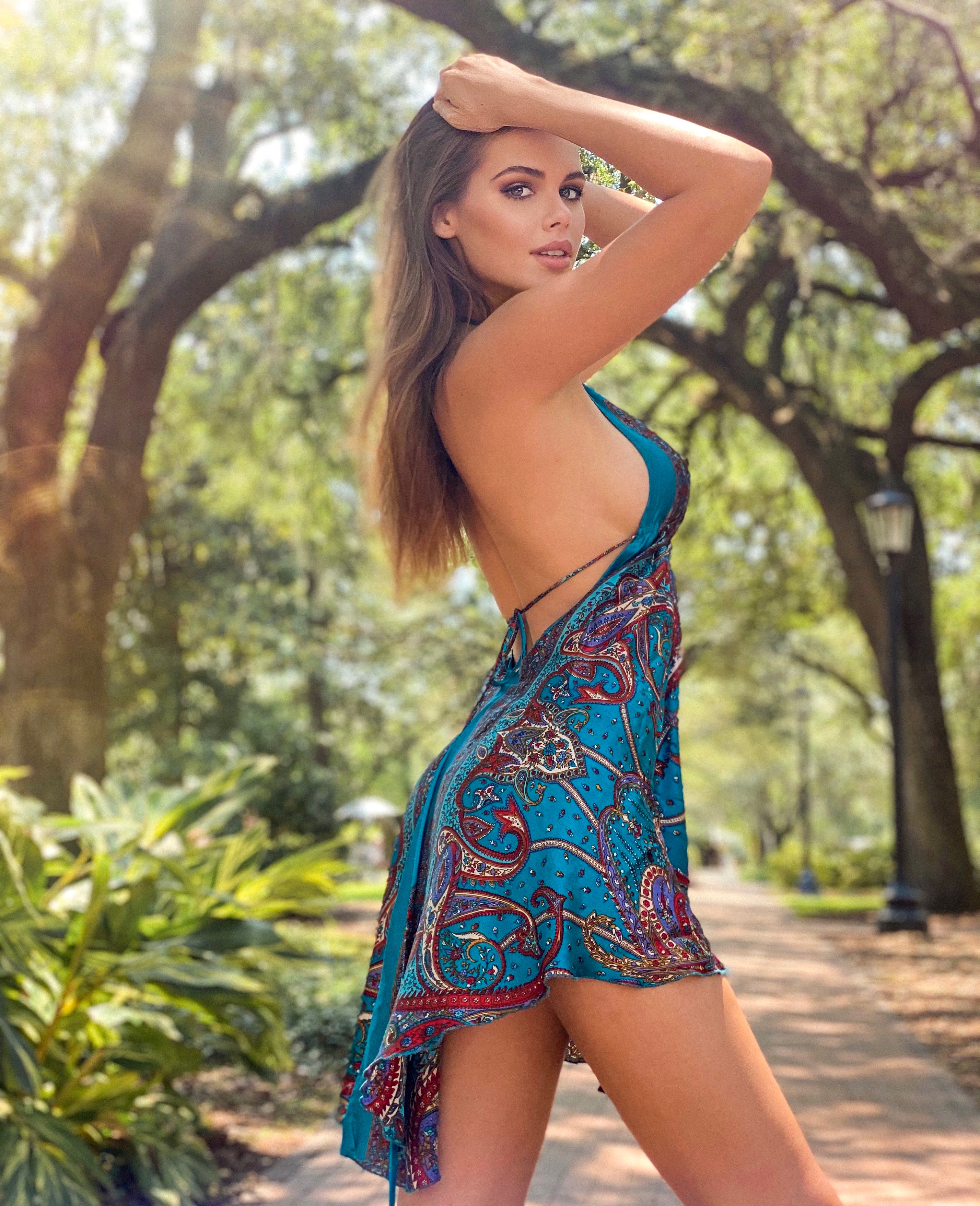 Despite seeing early success in modelling, Katharina still finished school and got a degree in environmental engineering from University of Vienna.

Two years ago, she achieved her dream of moving to the US – originally to Washington DC before relocating to Miami, Florida, in January 2020.

Her husband is American diplomat Shilo Mazepa, 32, who she met in Vienna, and the pair married in Sorento, Italy, in June 2019 before moving to the States together.

But just months later, the pandemic hit, meaning Katharina had to pivot her career.

I had all these jobs lined up and then the pandemic happened. It was a crazy time, I went from being super booked to not knowing where the next pay cheque was coming from, so I fell back on social media

She says: "I emigrated two years ago, right before the pandemic. I had all these modelling jobs lined up in the United States – traditional shoots and runway shows – and it was like ‘poof’.

"It was a crazy time because I went from being super booked to not knowing where the next pay cheque was coming from, so I fell back on social media.

"Things were going really well for me but suddenly everything was cancelled and I thought ‘oh my goodness, what now?’ It was a scary moment.

"Then I thought ‘how can I use this very unfortunate situation to grow, think outside of the box and advance my career?’

"I really focussed on my social media and grew my Instagram following from 40,000 in March 2020 to almost 1.7 million now, in a year-and-a-half.

"I sat down and made a business plan, analysing my following. I really focussed on – how can I engage my audience? Which posts work best? Why do they work best? Where are my followers? Just trying to understand them.

"I posted every day, answered all the comments, I just engaged and suddenly it blew up. I think the pandemic helped, with people being on their phones more. It worked out amazingly.

"I started to get brand deals, which was a big help financially. Now traditional modelling is opening up again, I’ve been discovered by clients who wouldn’t have seen me if it wasn’t for social media.

"One of my dream brands, Guess, discovered me through Instagram and booked me for a campaign. 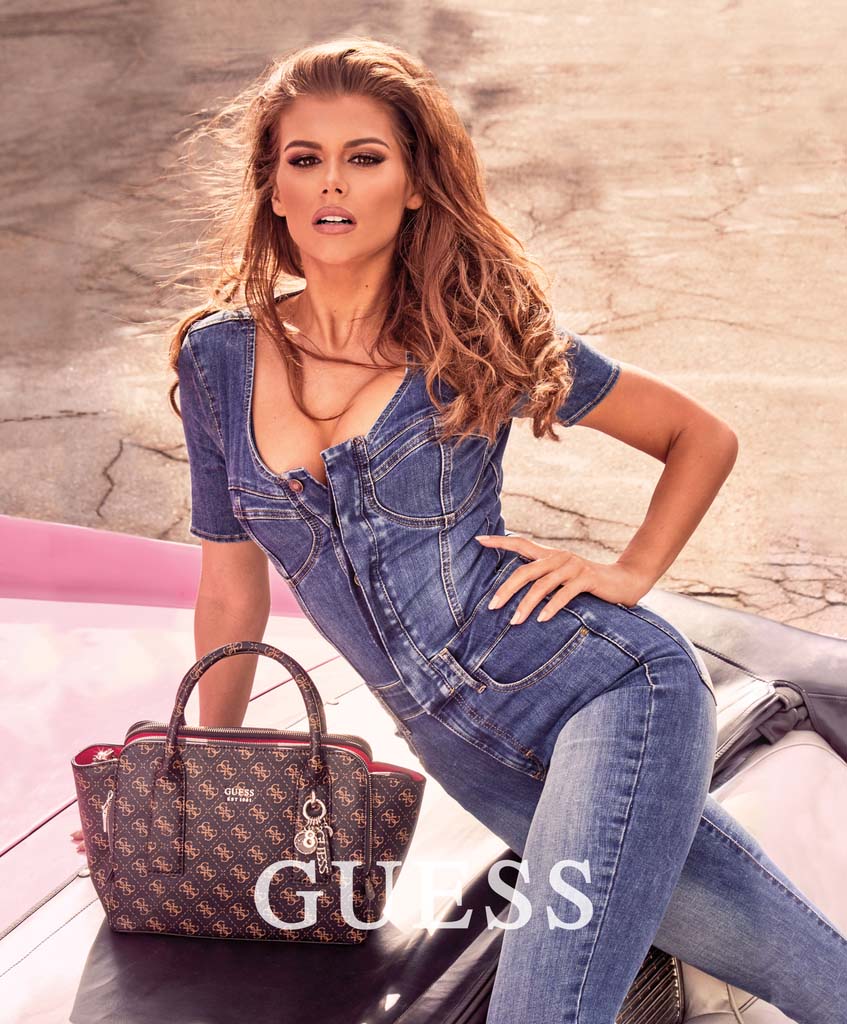 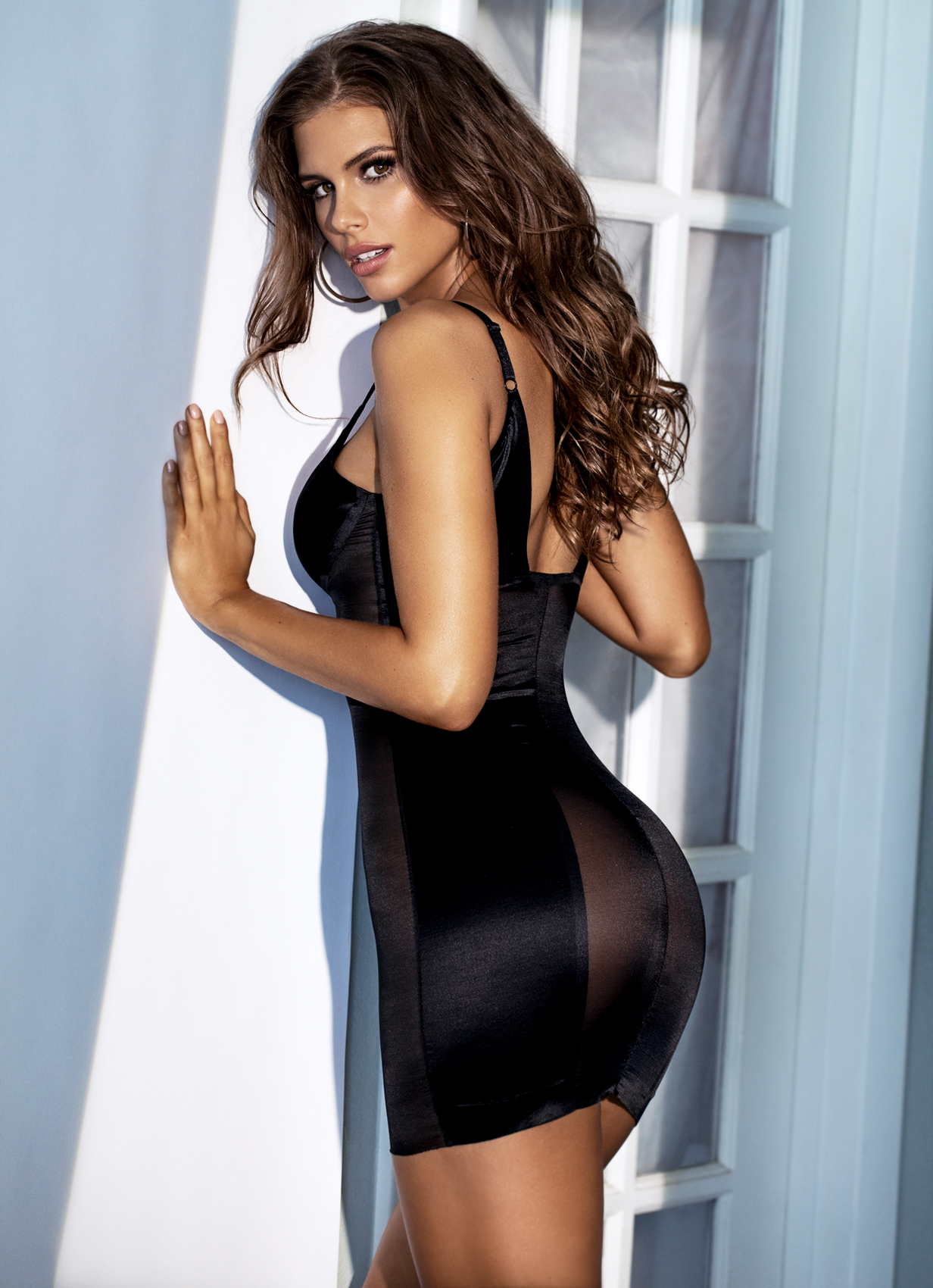 "In the US, social media holds a lot of weight in the modelling industry. If you go to castings, clients will ask about your following, because they want to know what audience they’re going to reach.

"The two industries support each other. You'll get opportunities to book jobs in the fashion world because of social media, or the rates will be higher if the client knows you’ve got a big following.

"I made my first million earlier this year, over the summer. Social media has helped so much. It felt unbelievable, I really do not take anything for granted, although it is a lot of hard work.

I really focussed on my social media and grew my Instagram following from 40k in March 2020 to almost 1.7m now. I made a business plan and really analysed my following

"I have an OnlyFans as well, that's been a game changer. I love to connect with my fans on a one-on-one level.

"Honestly it’s PG13 stuff, very similar to my Instagram, I'm proud of every single piece of content I post and love telling my family and friends about it.

"I post a lot of behind the scenes stuff from shoots. It's just bonus material which hasn’t been posted on Instagram. It's work you can do from anywhere, which is amazing."

Katharina's day starts with an 8am workout, followed by meditation and writing a to-do list for the day.

She shoots content two days-a-week and spends the rest of her time editing pictures and creating a social media strategy.

Katharina hasn't been splashing her cash on designer bags or shoes, rather investing in three rental flats in Washington, one of which she recently sold, as well as putting cash into the stock market and index trading.

She says: "This job is very up and down. Sometimes it's very busy, sometimes it's a bit more quiet, so you need to be smart with your money.

"This is definitely a job with an expiration date. You never really know how long you’ll be able to work in the fashion industry, so you have to take advantage of offers while you can.

"I want to push myself, I wouldn't think ‘OK I've made a lot of money, I’m comfortable, I can stop’.

"I want to make sure my family and I are in a good place financially.

"It's my biggest advice to models, to make smart, sustainable decisions while you have the freedom to.

"You want to be financially independent in the long run, not only in the good days."

We previously spoke to another woman who dropped out of college and made $1m on Instagram by 25 – she's even bought a four-bed house with a pool. 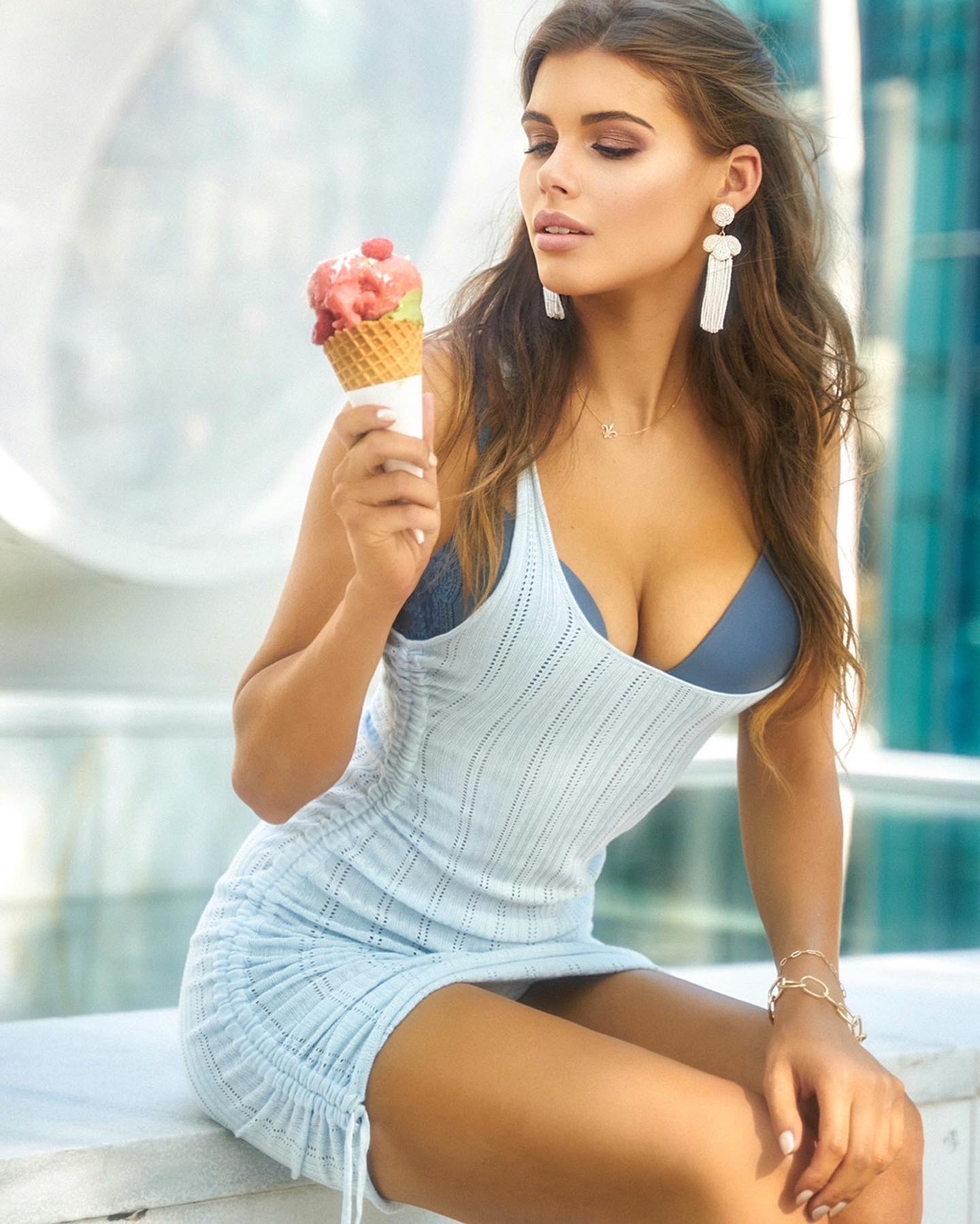 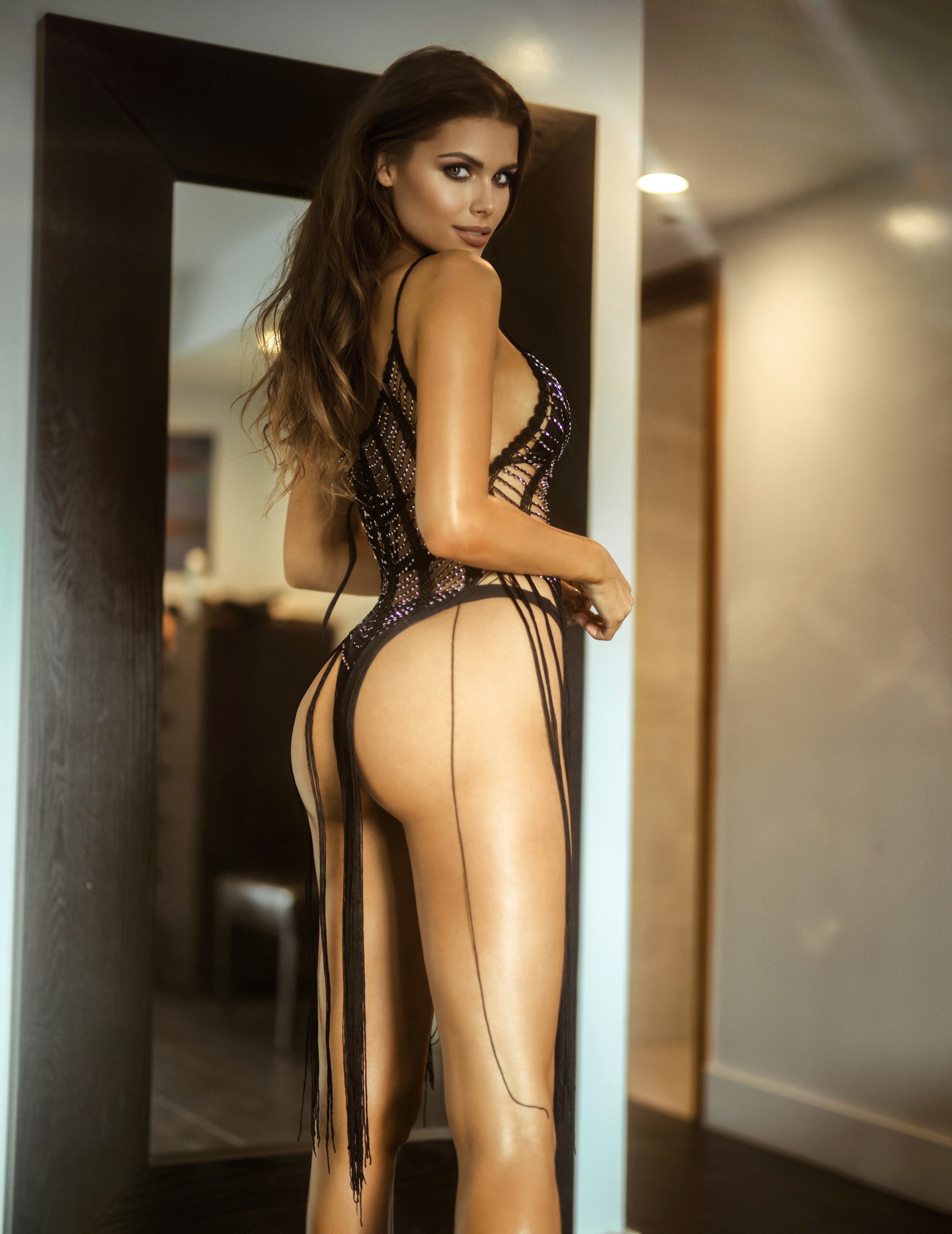 Lecturer's whiskey 'poisoned with pure alcohol over a year by church warden lover, 28, and magician, 32, who plotted to inherit his estate'

Emily in Paris is right – France is resistant to political correctness