Home » Fashion » I’m a mum-of-five, people always ask who my 'real' kids are and if they all have the same dad

I'D just had my first child when a sweet friend of mine, who was a foster mum, called and said: “Hey Megan, I was wondering if you wanted to adopt a baby?” How do you even respond?

She had a little boy in her care she knew was going to need placement. On paper, his prognosis looked poor. 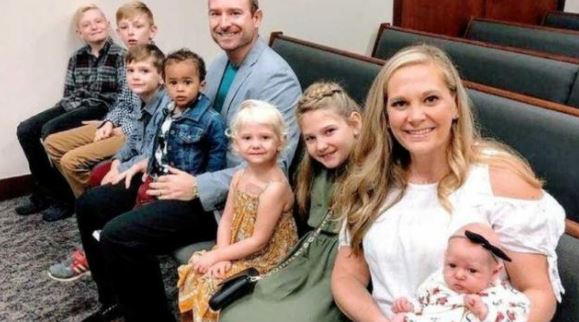 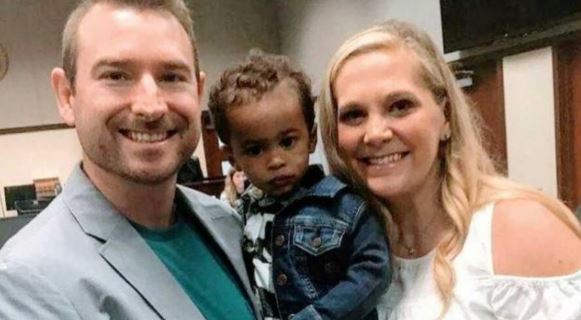 I walked out to the front yard where my husband, Clay, was sitting in the hammock with Cole, who was nine months old, and said, “Hey, so, Suzanne just called. Um. She wanted to know if we wanted to adopt a baby. He’s nine months old and is going to go up for adoption.”

Without hesitation, Clay said, “Sure! When can we meet him?”

On paper, Cooper’s birth mother made some poor life choices while pregnant with him

But Clay and I knew a few things: We knew we wanted to adopt. We knew getting phone calls to just ‘adopt a baby’ are very rare.

So, we met Cooper, loved him instantly and six months later stood in front of a judge vowing to be his parents forever… holding his big brother, by 25 days and four months pregnant with his little sister.

When Cooper was placed with us, he was behind developmentally.

But within six months he hit every benchmark – surpassed them – and was released from all therapies. Since then he has not suffered from any side effects of his traumatic start.

He is a walking miracle.

We had three more babies over the next few years

With five kids, we got all the questions – especially about Cooper and Cole, who looked so much alike that everyone thought they were twins.

I would respond with, “One is adopted and one is biological, but no, they aren’t twins.”

As they got older and we had more kids, we’d say this and people couldn’t just leave it. They wanted to know who the "adopted one" was.

In our house, adoption is so special and honoured, all of our kids would yell, “Me! Me!” Then the people would be so confused.

But when people ask questions like, “Are they all from one dad?” or “Are they all yours?” or “Oh! So those are your real kids and he’s the adopted one?” Those questions can be hurtful.

It doesn’t matter how those kids are in my care. Those kids are my kids and for someone to question their place, intentionally or not, is not OK.

We were called to a big family

So we got pregnant again and then, at five weeks pregnant, we got another phone call asking if we’d be willing to meet a birth mother who was considering placing her son for adoption.

One of our friends thought of us and said, “Oh! Clay and Megan will adopt babies even though they already have a lot of kids!”

I felt like I was living déjà vu, but with four extra children. Clay and I talked and prayed about it and decided to meet this birth mother

Well, after a two-hour meeting, this birth mother felt like we were the right placement for her son. He was eight months old – so after a few months of building a relationship, I went to pick him up from her.

It was simultaneously the most joyful and heart-wrenchingly crushing day of my life.

I am picking up my son, a literal piece of my heart. Just like with the children I birth, I looked at him and knew he was meant to be my child. I would die for him. Yet I am taking him out of his weeping birth mother’s arms.

No matter what the circumstances, my son’s birth mother CHOSE this life for him, CHOSE his family, gets to watch him grow, and yet still feels the loss of what should have been. Adoption is a beautiful ache.

Six weeks later we stood before a judge and vowed to raise another son for the rest of our life.

My favourite part of adoption proceedings is when you stand in front of the judge and he says something to the effect of, “Do you vow to raise, care for and provide for this child under penalty of law?”

Once this child becomes legally adopted, under the law, there is no difference between your adopted children and your biological children. That’s how it is in our house.

This piece originally appeared here and has been republished with full permission. You can follow Megan's journey on Instagram and her blog. 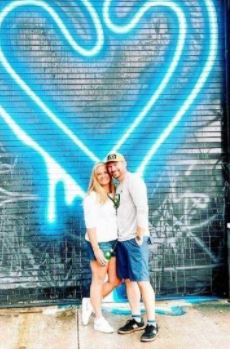 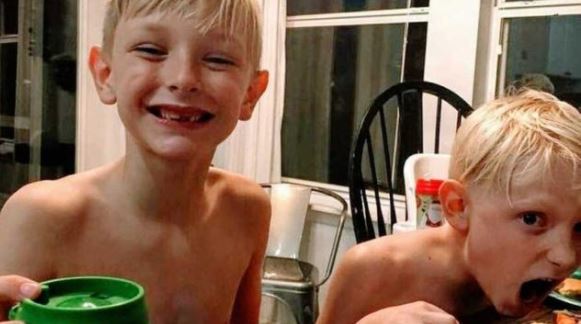 Previously a mum-of-16 shared how she often does a whopping supermarket shop at the start of the week, which usually costs AU$450 (£251).

Meanwhile the mum showed off her tower of 44 cereal boxes as she insists there’s ‘nothing wrong’ with a little stockpiling.

And we shared Sue Radford’s summer holiday tips for keeping kids entertained on a budget – from mega picnics to backyard cinema nights.

American troops are pouring back into Syria

Jade Cline Slammed By Teen Mom 2 Fans: Youre a Disappointment to Your Daughter!

Voted out of the White House, Trump’s old neighbours don’t want him back