A TEACHER gave a sneak peek into the challenges they face every day with a series of hilarious skits.

TikTok teacher Trish shared what life is really like for an educator from spotting the plagiarism to worrying about what's going on in the classroom when you have to nip out to the printer. 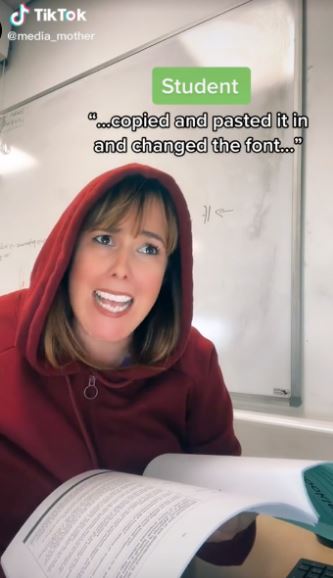 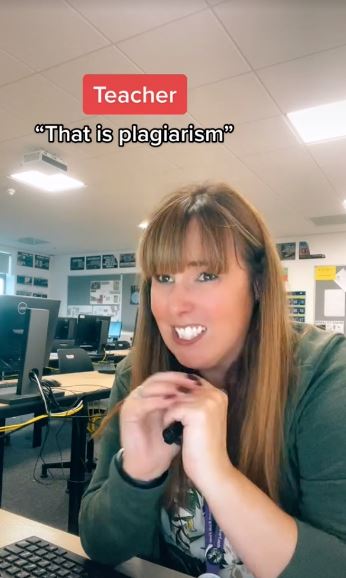 Trish explained that she can spot when students have copied and pasted their work from the internet.

In one hilarious clip she joked that students will pull their work directly off the internet and just change the font.

To which she simply replied: "That's plagiarism."

She uploaded the funny video with the caption: "The Comic Sans font made a bad situation even worse."

In another popular video, the teacher explained just what's happening in the classroom when she nips out to the printer.

In the short clip she showed what happened: "When the teacher leaves the classroom for two minutes to go the printer."

The comical video has been liked more than 27k times.

Commenting on her post, one TikTok user said: "And the student who tells everyone to be quiet!"

Another said: "This is the definition of out school even when the teachers are in the room!"

While a third said: "Lol, I remember when I was in school we all did the same the min teacher went out."

In a third video Trish revealed the questions she gets asked every day including "can we have class outside today?", "can we watch a movie today?" and "Can I eat McDonald's in class?"

Perhaps unsurprisingly, she revealed the answer to all these was no. 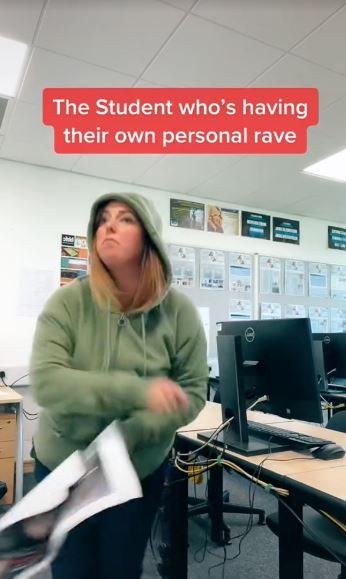 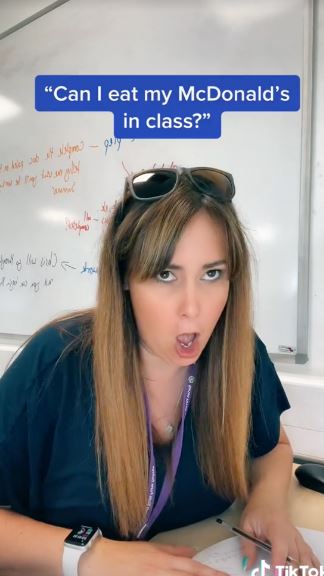 Previously we brought you the news of a teacher who shared the five things she refuses to do.

Plus this mum revealed that the school BANNED "any food staff deemed unhealthy" as part of new lunchbox policy and it totally divided opinion.

And one honest mum went viral as she shared how she thought she’d be as mum verses the reality of parenting… and it was VERY different.