Home » Fashion » Is YOUR toddler gifted? Look for these signs including being curious, sleeping less than others their age & high energy

WHEN our little ones are learning and starting to grow, everything they do amazes us – but have you ever wondered if your toddler is more advanced than other kids their age?

Some toddlers are considered "gifted" when they excel in some key areas, such as learning and creativity, and there are a few telltale signs you should look for.

Kahina Louis, Psy.D, a licensed psychologist and CEO of Strengths and Solutions, an organisation that conducts gifted testing in Miramar, Florida, told Care that gifted kids often have a higher than average IQ.

What's more, gifted babies and toddlers often display their abilities in a variety of ways, different to older kids, and may show general signs of advanced development.

Explaining how to spot a gifted toddler, Dr Mimi Wellisch a psychologist, early childhood educator and director of Clever Kids Consultancy, said it often comes down to the finer details.

"By pre-school age, a general sign of giftedness can show itself in surprisingly detailed or advanced drawings, for example a map of a town seen from a bird’s eye view. Such a child will tell you a great many things about their drawing, if asked," she told Kidspot.

1. Quick and eager to learn

According to Kahina Louis, a clear indicator that a child is smarter than their age is how quickly they learn.

Gifted kids tend to pick up things more quickly, and this comes across in a range of activities such as reading, writing and general problem solving.

2. They use big words

If you can't keep up with your little one's vocabulary, then it could be a sign they're gifted.

Toddlers often don't use complete sentences when they speak, but gifted kids often pick up words and use them before their time.

3. Curiosity and eagerness to learn

Smart kids ofter question things more often and wonder why things are the way they are.

It's this curiosity that drives them to learn, said Kahina, and they're "highly motivated to understand more about the world around them."

This could result in completing school before other kids as a result of absorbing information more quickly.

Naturally, with advance learning abilities, gifted kids typically start reading much faster than their peers – they often teach themselves, too.

They have better letter recognition and are better at recognising sound patterns, so they can often read more complex texts from a very early age.

Similarly, some smarter than average kids can work through puzzles or recognise patterns more quickly than others.

This could come across in reciting timetables or reading an analog clock, for example.

They may also be able to recite a book they've read word for word, or sing every word to a song on the radio.

More generally, they often have excellent memories, and need much less repetition than others.

Another trait common in gifted children is creative skills you wouldn’t expect for a child that age.

This could be overly complex drawings or paintings which are more advance than one would expect from a toddler, which stems from having a "vivid imagination". 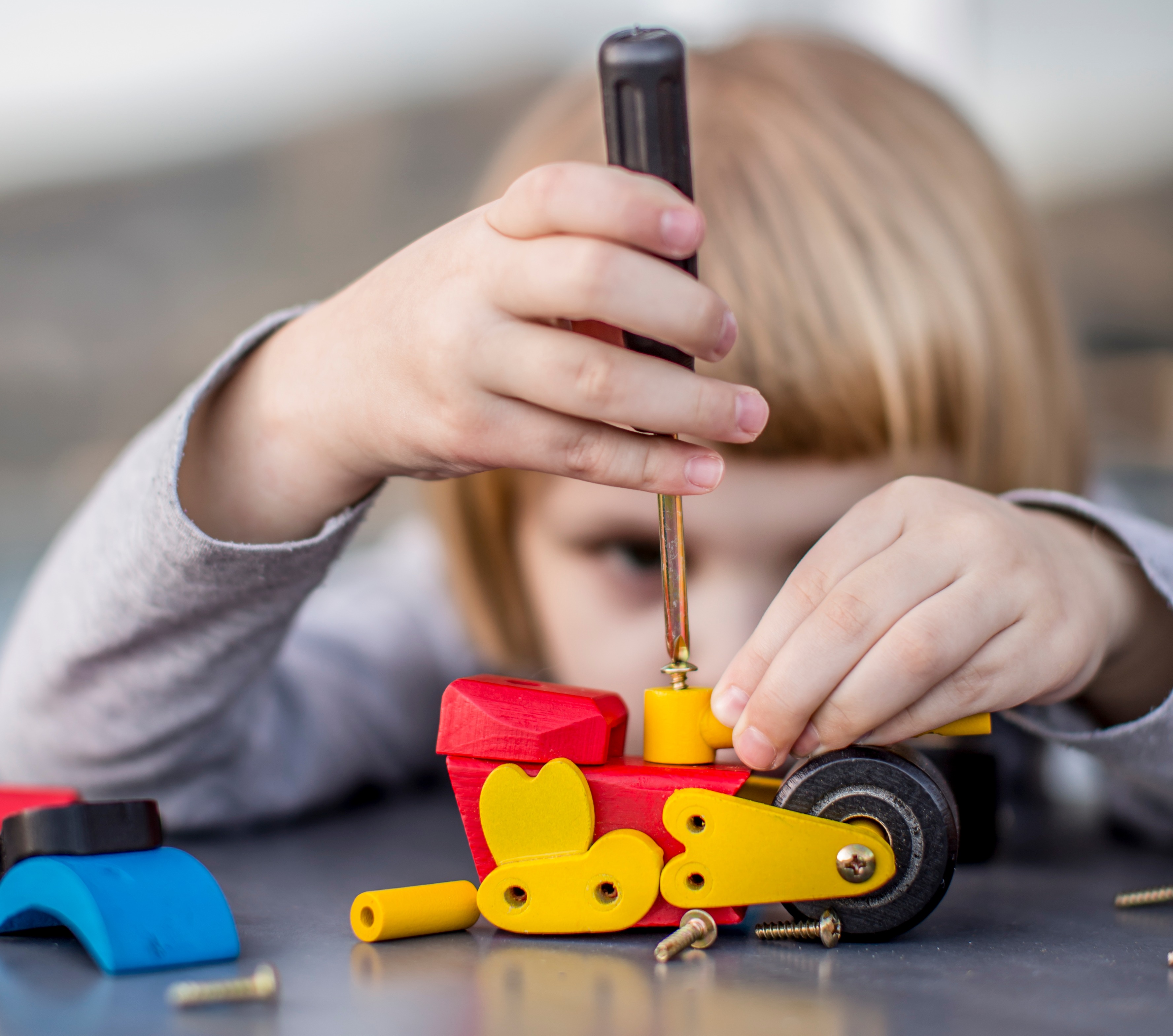 It's common for young toddlers to nap throughout the day, but according the to the experts more advanced kids are often unusually alert and sleep less than others of a similar age.

What's more, with so much going on in their brains, gifted kids can sometimes be described as “intense”, Kahina said, and may play up when bored.

They might be more alert and aware of their surroundings too, and always looking for something to keep them entertained.

This also means they have the ability to focus for longer, whereas most toddlers can't stay put for very long.

Gifted toddlers are often very independent, for example insisting on dressing themselves from two years of age, making their own toast or preparing their own breakfast.

This need for independence can create some issues, especially if mum or dad is in a hurry.

Once they find their voice, toddlers will attempt to argue when they don't get their way.

But smarter than average kids often have remarkable reasoning skills and can often rationalise and argue far better than their peers.

They also have the ability to think things through, and advanced reasoning skills are a sign of high intelligence.

10. They are sensitive and empathetic

According to the experts, exceptionally bright children tend to be unusually sensitive and empathetic.

This also means they could be perfectionists and getting something wrong is a big deal.

In other parenting news, this dad says that he has a favourite child system and treats one better than the others.

And this mum was branded "judgemental" for telling parents what to wear on a school-run.

Plus a worried mum asks if her budget lunch is big enough for eight-year-old after cruel trolls accuse her of starving her kids.

How Carole Baskin Really Feels About Kate McKinnon Portraying Her

Big cats leap through the air and plunge into a pool