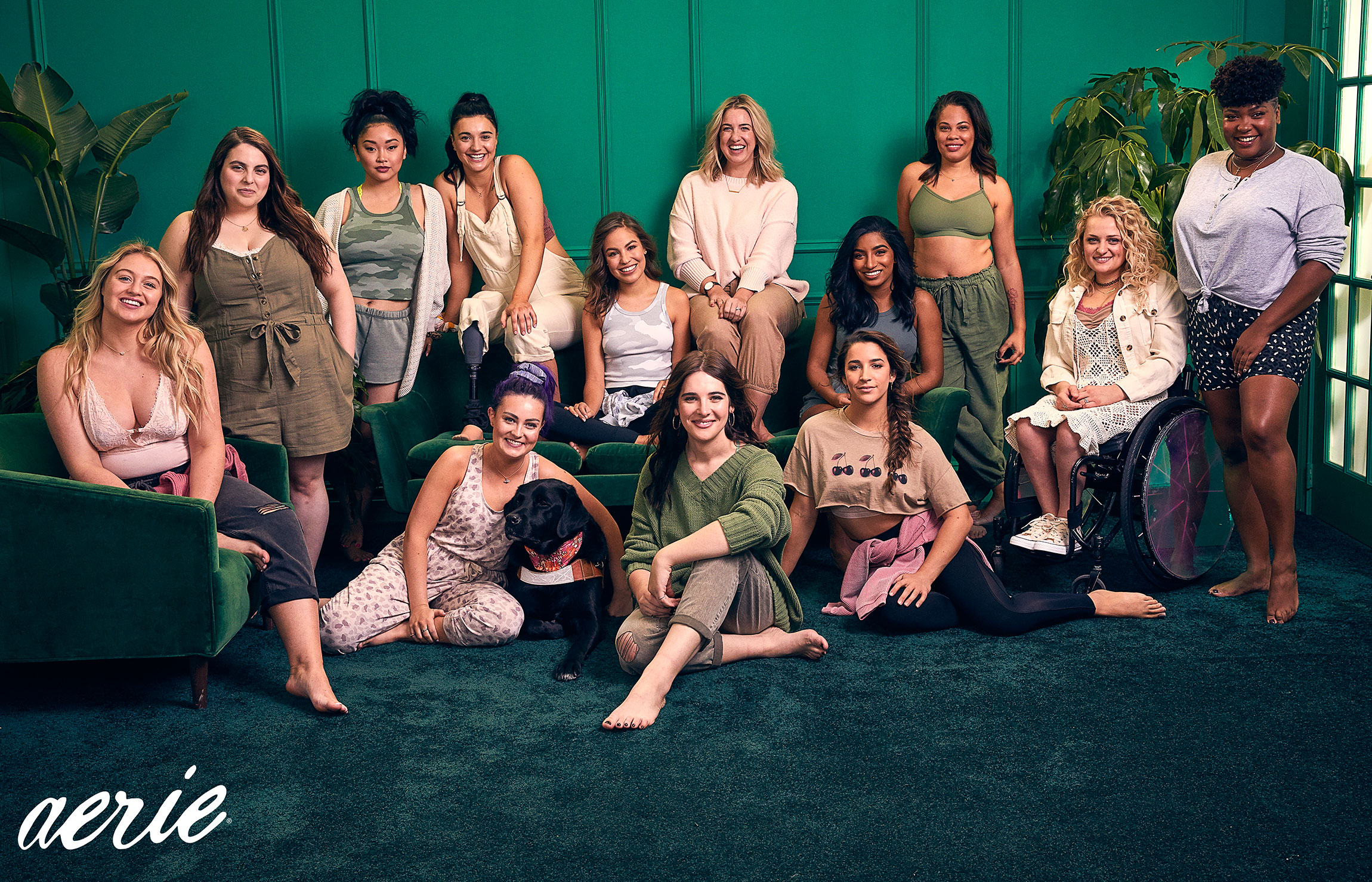 At 7 months pregnant, British model and self-care activist Iskra Lawrence can’t stop smiling. Armed with her favorite pair of bike shorts and comfy knits, the #AerieReal role model is determined to make her Instagram followers feel inspired to change the world for the better.

Lawrence sat down with Us at a press event in New York City to talk about the #AerieREAL Change Initiative and the brand’s new Spring 2020 campaign. “We have this incredible roster of role models, but it’s actually all about the 2020 changemakers and how we can all help them and support them and shine light on their stories,” said the blonde beauty.

But as the model mentioned, the campaign is less focused on the stars and more on the way they impact the community. Aerie is choosing 20 do-gooders that prove they’re devoted to making the world a better place by either helping the environment, advocating for mental health, championing body positivity, or another passion. The prize? A $20,000 grant.

Celebs in Undies: Stars Who Flaunt What Their Mamas Gave Them in Lingerie

If you’re an environmental advocate entering the sweepstakes, take note of Lawrence’s hot tip! “The important things in the world right now are the environmental issues and I wish people could make it more digestible in a way, or not so ominous,” she explained. “It would be really cool to see if there’s more people who founded an idea or created something that could help people feel like they can make a difference, even if it’s just one person.”

The British native has been an Aerie model since 2016. Two years prior, the brand was among the first to stop retouching models in its advertisements and pledged to feature “real” women.

In addition to being an Aerie role model, Lawrence is an ambassador for NEDA (the National Eating Disorders Association). “I think the most rewarding thing is meeting the young women who you’ve inspired through something. It’s incredible how you feeling just a few things about having a hard day or having an emotional moment or — in my case, body dysmorphia — but knowing that it can really help people and help save people’s lives is what makes it so important.”

2020 is a big year for Lawrence, especially as we get closer to her due date in March. “Obviously I’m going into motherhood now and I want to share more about that — and the imperfect stuff, too. I want to showcase all the struggles I might be having or going through,” said the mom-to-be. “I’m donating some money as well to my followers who are going through infertility issues.”

She continued, “There’s opportunity in nearly everything you do to find a way to give back.” 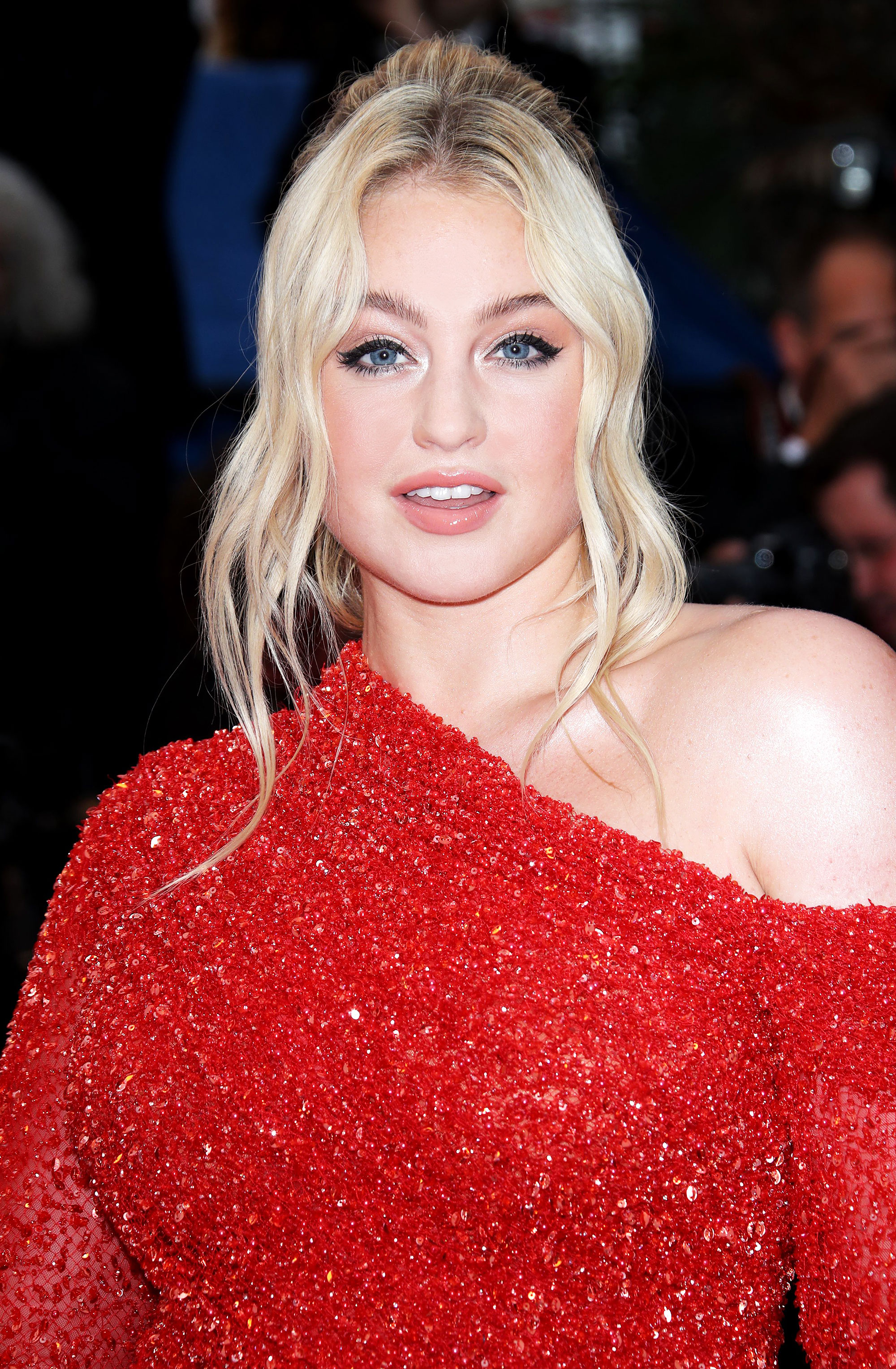 Over the course of her pregnancy, Lawrence has continued to rely on the brand’s essentials. “It’s been really cool because I’ve been either sizing up or continuing to wear my Aerie clothes through my pregnancy,” she told Us. “I don’t know if you’ve seen in-store, we’ve got leopard print bike shorts with a V cross-over in the front, so that means it’s flexible if your belly expands, or not! Bike shorts are a godsend and I live in them.”

To enter #AerieREAL Change Initiative, head to ae.com and be sure to submit all of the requirements by February 23, 2020. And to add the bike shorts Lawrence is obsessed with to your heart, check ‘em out here.

DAN WOOTTON: Give us back the freedoms that are our British birthright