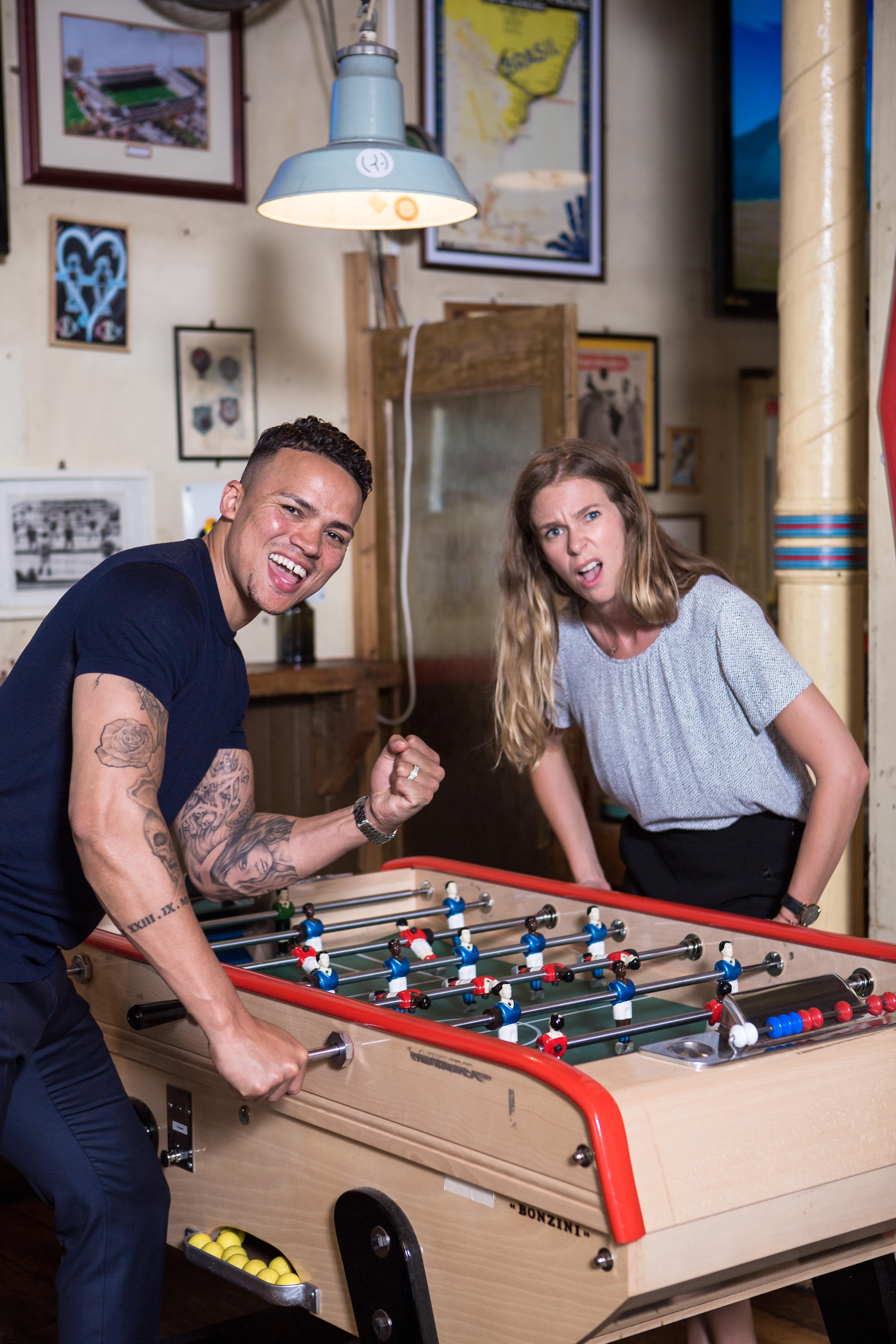 Hi, Jermaine! Other than beating us at table football, what’s been your career highlight?

Getting picked for England at 19 or winning Young Player of The Year 2003. Both were a dream come true.

What are England’s chances of winning the World Cup?

[Jermaine takes a very, very long sip of coffee] You know what? We’re underdogs. We’ve got good individuals and I really believe in this manager [Gareth Southgate]. He thinks outside the box. 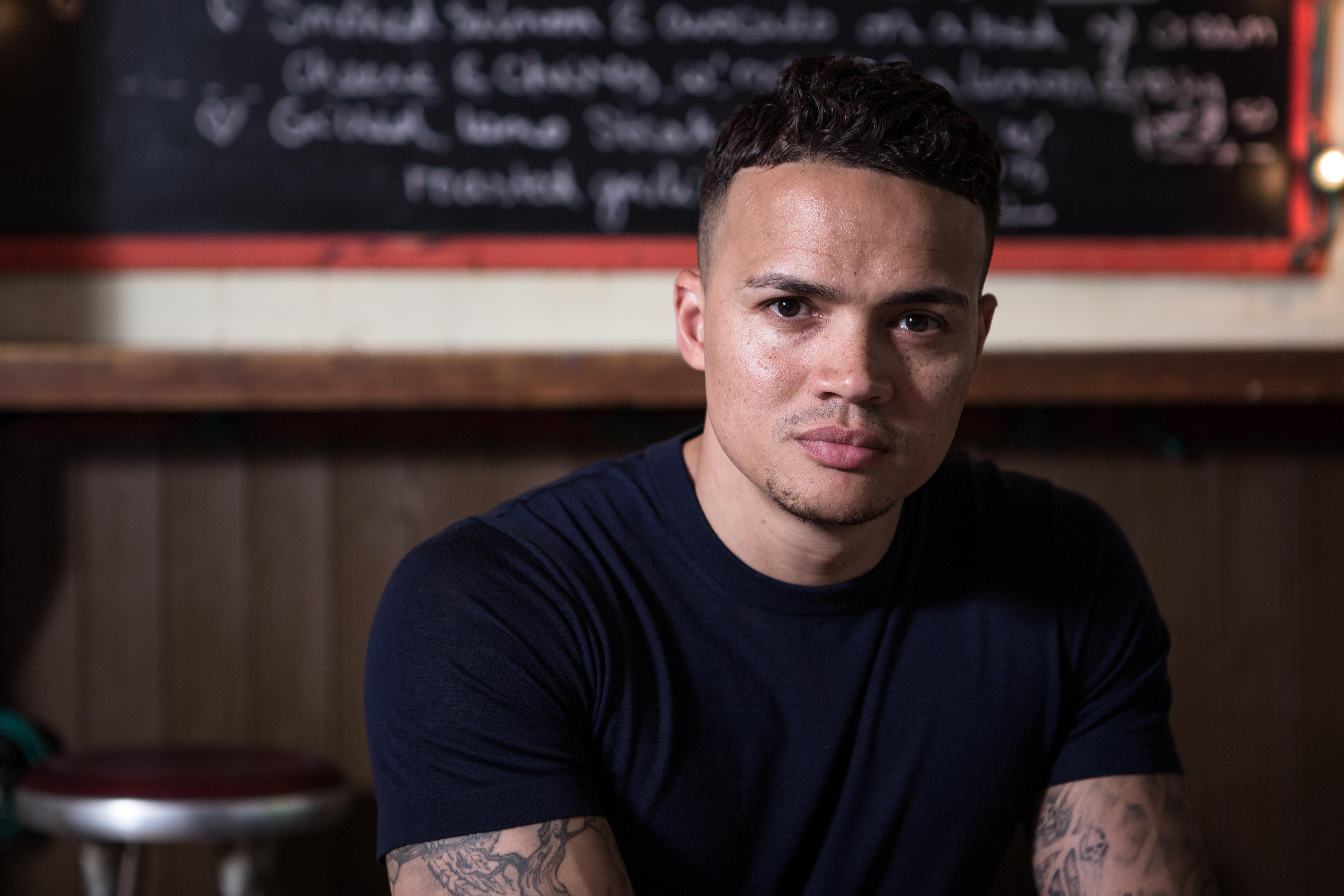 Which players are you looking forward to watching?

Kylian Mbappé who plays for France is electric and I think young players shine in these tournaments because they’ve got no fear. When you’re young, you think: “If this doesn’t work out I’ve got another three World Cups!”

Do you think footballers are paid too much?

No, I don’t. It’s ridiculous to the average man on the street, but it’s relative to what that player is bringing in for that club in shirt sales and all the rest of it. 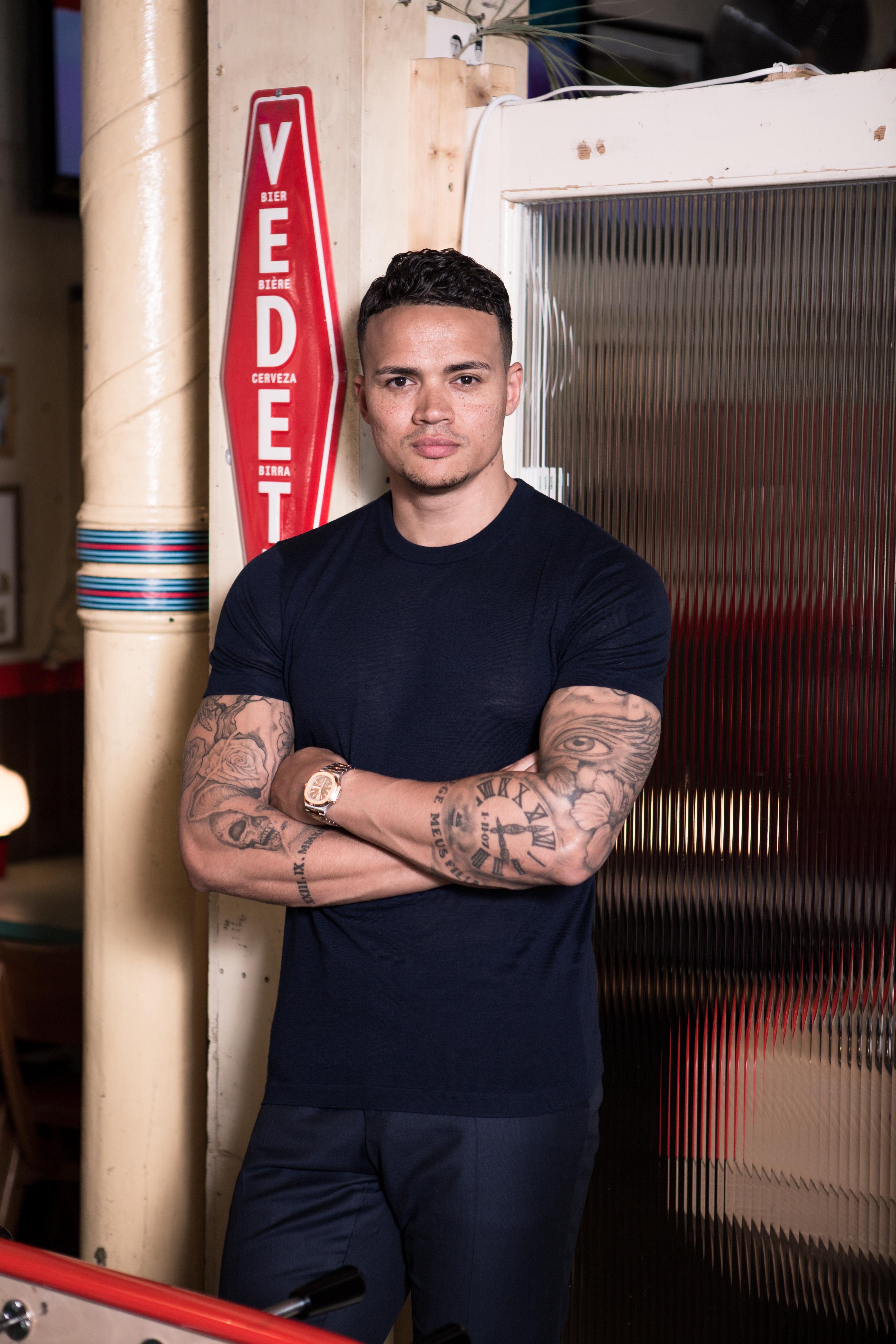 Could a woman manage the England team?

I hope so. We need to break those barriers, but there’s a level of acceptance we’re still working on.

You retired in 2016 after a knee injury. It must have been hard considering you were just 33…

In a weird way it was a relief. I was playing injured for a number of years and when I got on the pitch I was thinking: “Is my body going to survive?” which was quite a depressing place to be. So although it was a shock, I knew it was time to call it a day. 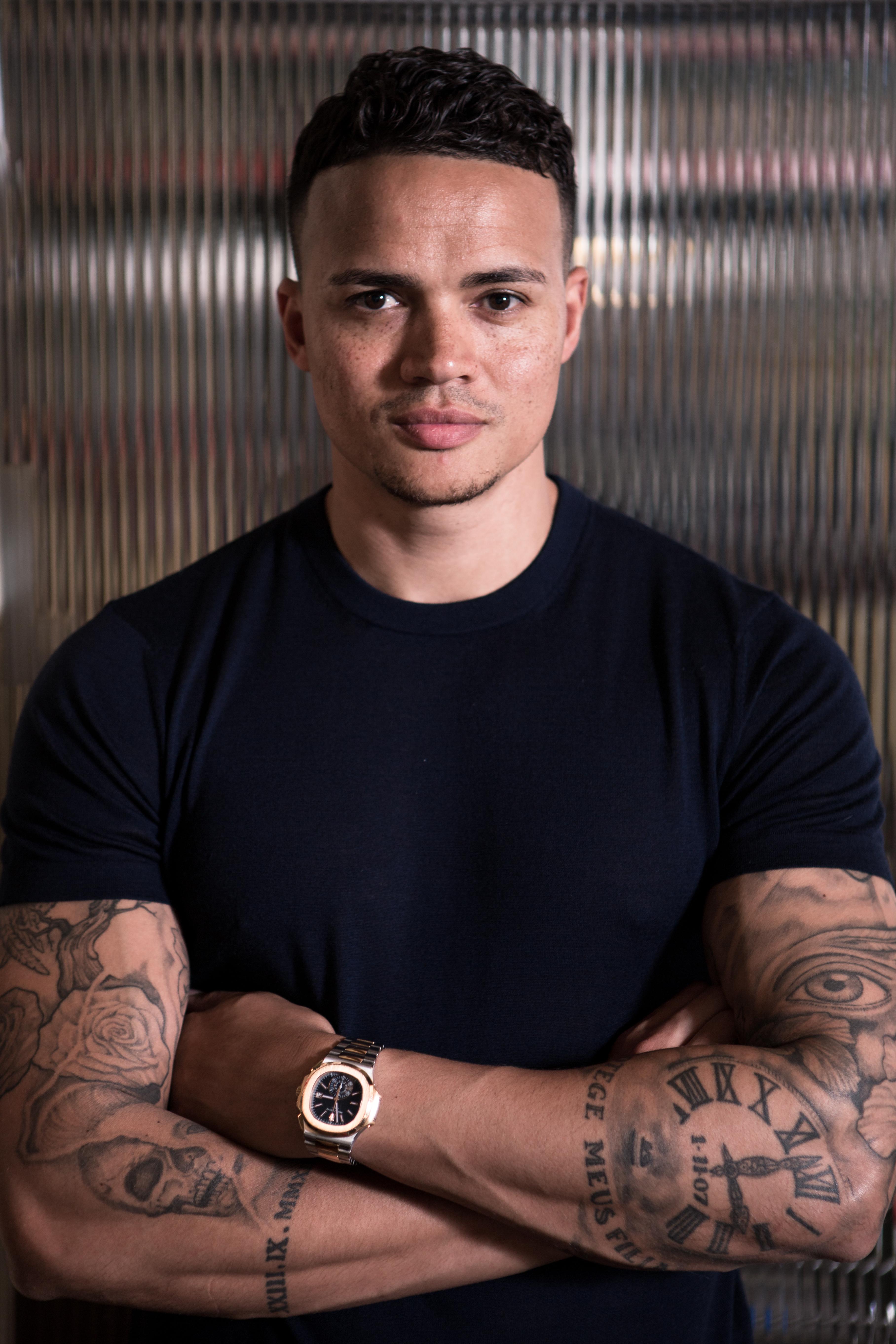 What was it like to imagine a life beyond football?

There was nothing there – it was a black hole. People kept telling me: “You’ll be OK”, but I felt like I hadn’t achieved all I’d wanted to in my career. But my mate Dexter Blackstock, who played for Nottingham Forest, said: “You’ve got to focus on what you have achieved.”

Has your TV career taken you by surprise?

It has. And it wasn’t always easy. When I was doing my rehab at QPR, I was on Match Of The Day talking about the team not doing very well, and then going to sit in the dressing room with the lads! But it was good training for putting my analysis across in a way that players would respect, even if I’d been negative about their game. 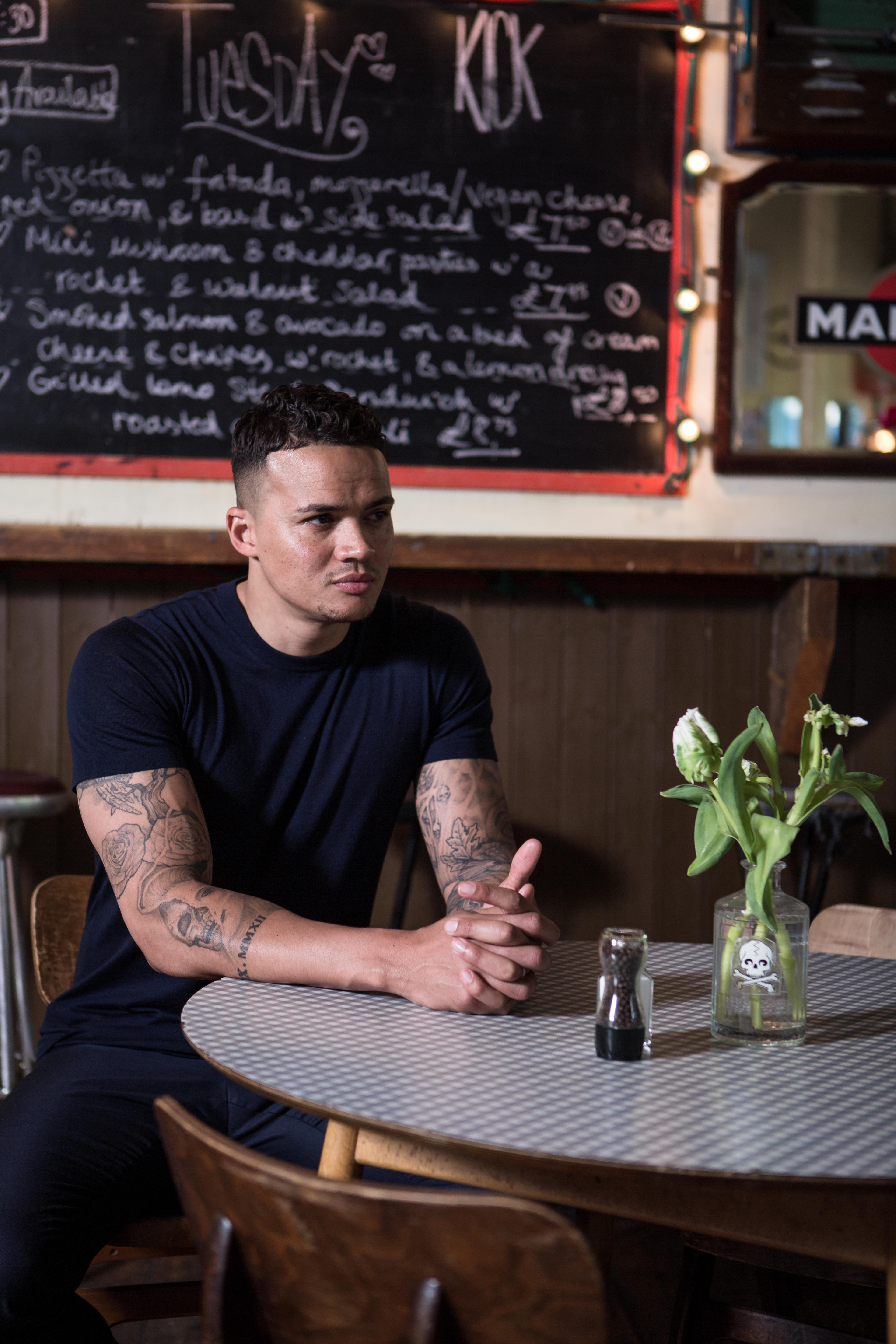 Do you miss being on the pitch?

Of course. Sometimes just the smell of grass makes me go: “Oh god, I miss that.”

Do your daughters Sancha, 10, Geneva, five, and Olivia, two, like football?

Sancha plays for a club and loves it. Geneva plays at school and Olivia’s a bit young, but hopefully they’ll all follow in my footsteps. The best downtime is cooking for my family and wife Ellie [Penfold] with a glass of wine and the telly on. I make a great salmon carbonara. 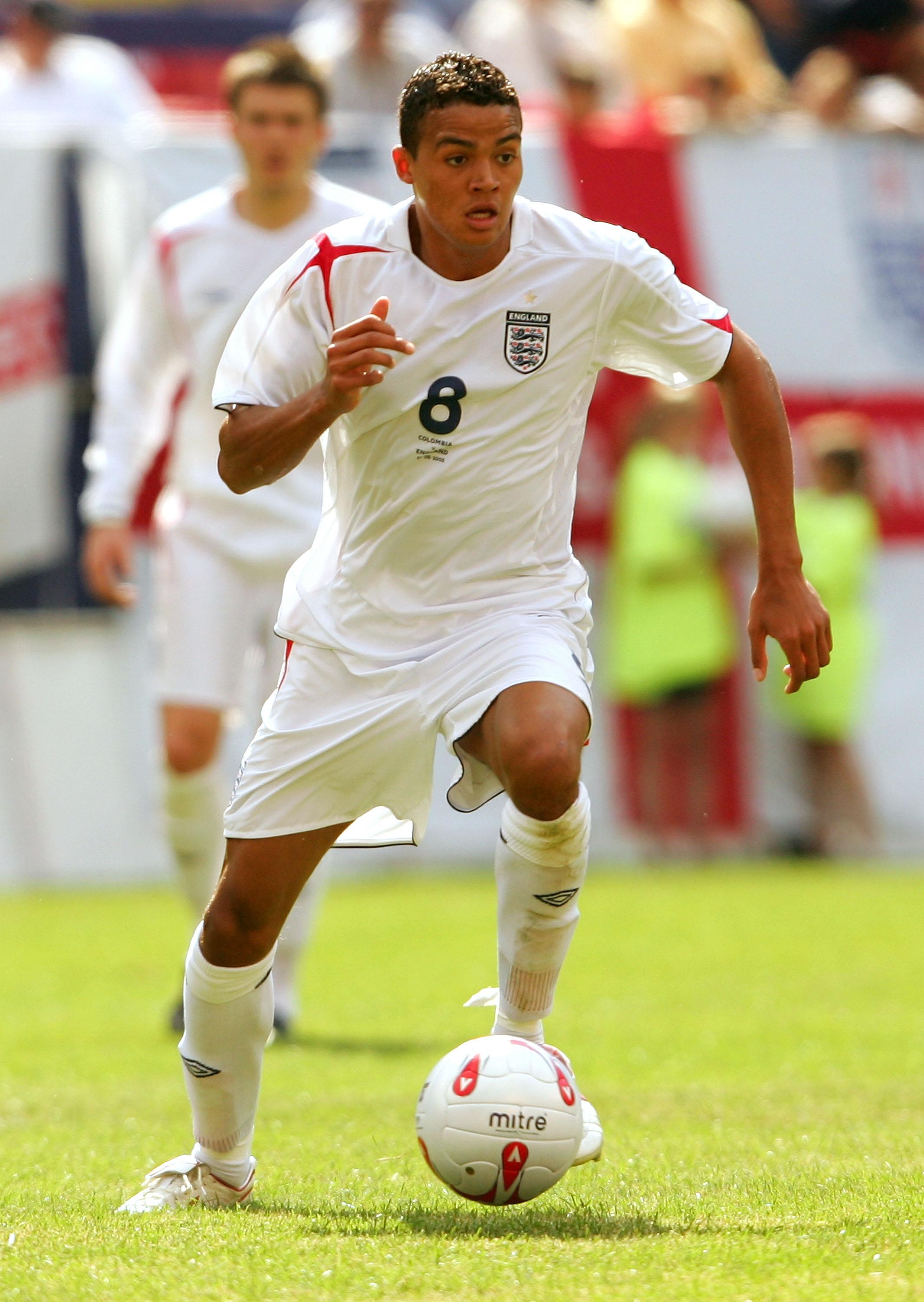 Are you the best-dressed pundit?

Definitely! It’s not even close, is it? Fashion is a part of my personality.

Riverdale Season 3 First Look Has So Many OMG Moments

Boy, 10, dies and second child fighting for life after being hit by BMW while riding bike as driver arrested