Julianne Hough flaunted her amazing dancer’s body while frolicking in the surf off Tulum, Mexico. She donned a sexy string bikini with a cut-out top.

Dancing does a body good! Julianne Hough is living proof of that as she dazzled in a black bikini off the coast of Tulum, Mexico. The 32-year-old former pro-partner turned judge on Dancing With the Stars showed off an stunning two piece as she emerged from a swim in the greenish-blue waters of the Gulf of Mexico on Tues. Apr. 26.

Julianne’s swimsuit featured a intricate top with a petal-shaped design inside of a triangle string top. While it definitely created a fun, peek-a-boo effect, hopefully she applied plenty of sunscreen, as the design could leave her with a floral shaped tan line! Her bottoms tied over her hips, and Jules had a black scrunchie around her arm that she apparently took off while going for a dip to let her locks float freely in the water. 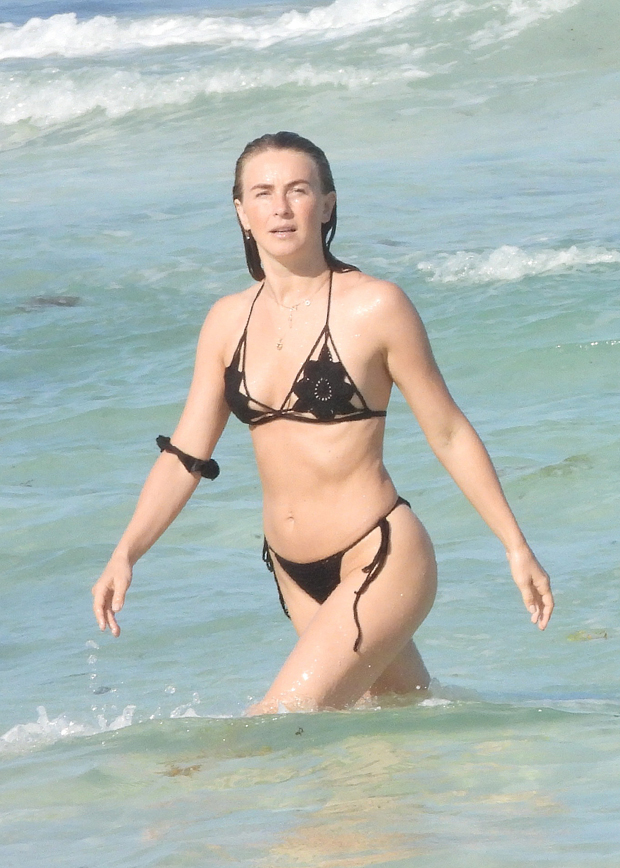 Julianne didn’t indicate on her social media that she was vacationing south of the border or who might be joining her. But she’s got a wide circle of pals and three sisters she’s close with, in addition to her only brother, World of Dance judge Derek Hough, 35. 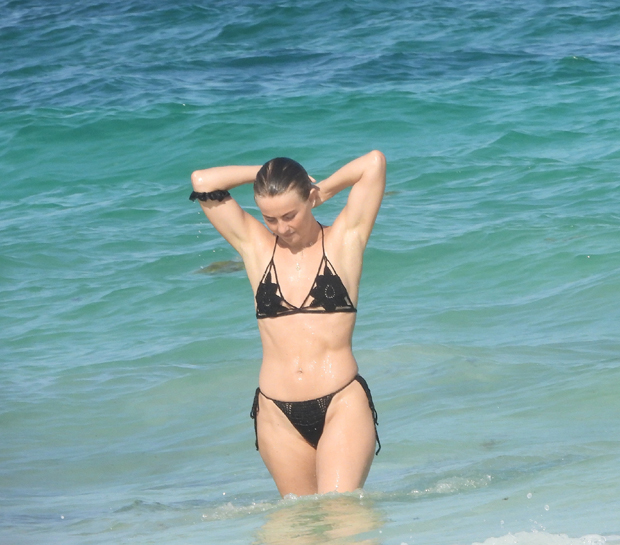 Julianne — who created the the self fitness platform Kinrgy — showed off how ripped her abs are as she made the simple motion of lifting up her arms to pull her sandy blonde locks back. She created the self-care routines which involve “innovative movement, breathwork, and meditation classes designed to strengthen your body, connect to your dreams and give you more energy!” according to Kinrgy’s site.

Jules just got back from a girls getaway to Napa Valley, where she went wine tasting with her gal pals, including actress Nina Dobrev. It’s been seven months since the dancer filed for divorce from husband and retired NHL player Brooks Laich, after the pair separated in May 2020. While she was spotted in Jan. 2021 grabbing ice cream with handsome The Chronicles of Narnia star Ben Barnes, 39, it seems they’re just pals and not dating. So gorgeous Julianne is still on the market!

Russian meddling abroad: Does Putin pull all the strings?