A HANDWRITING expert has revealed Kate Middleton is a head-strong woman who ‘enjoys being in charge’, but has ‘impossibly high standards’.

Tracey Trussell, professional graphologist, analysed the Duchess of Cambridge’s handwriting, who's a typical righty unlike Prince William, who's left-handed. 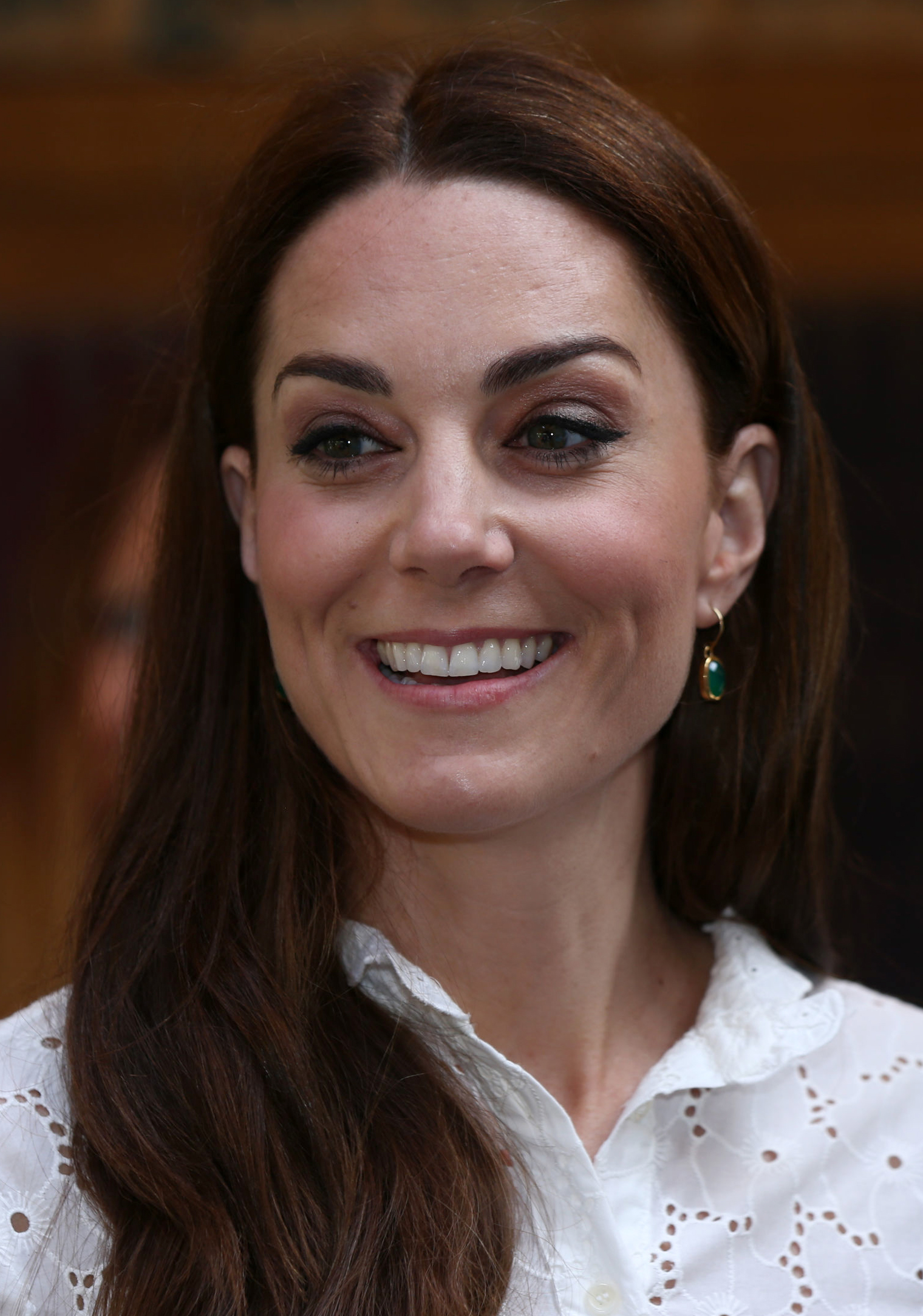 Leaving a personal note at the RHS Chelsea Flower Show, the mum-of-three signed a label saying: “Boulder hopping in the Lake District.”

The Duchess co-designed a space, called the ‘Back to Nature Garden’, with landscape architects Andrée Davies and Adam White, featuring a tree-house and campfire, which the Queen unveiled.

Kate left a label sharing the happy childhood memory, and Tracey revealed her penmanship shows she's very much “in charge”.

She told Fabulous Digital: “Catherine is very much in charge of her game plan, and simultaneously comfortable within her own skin. 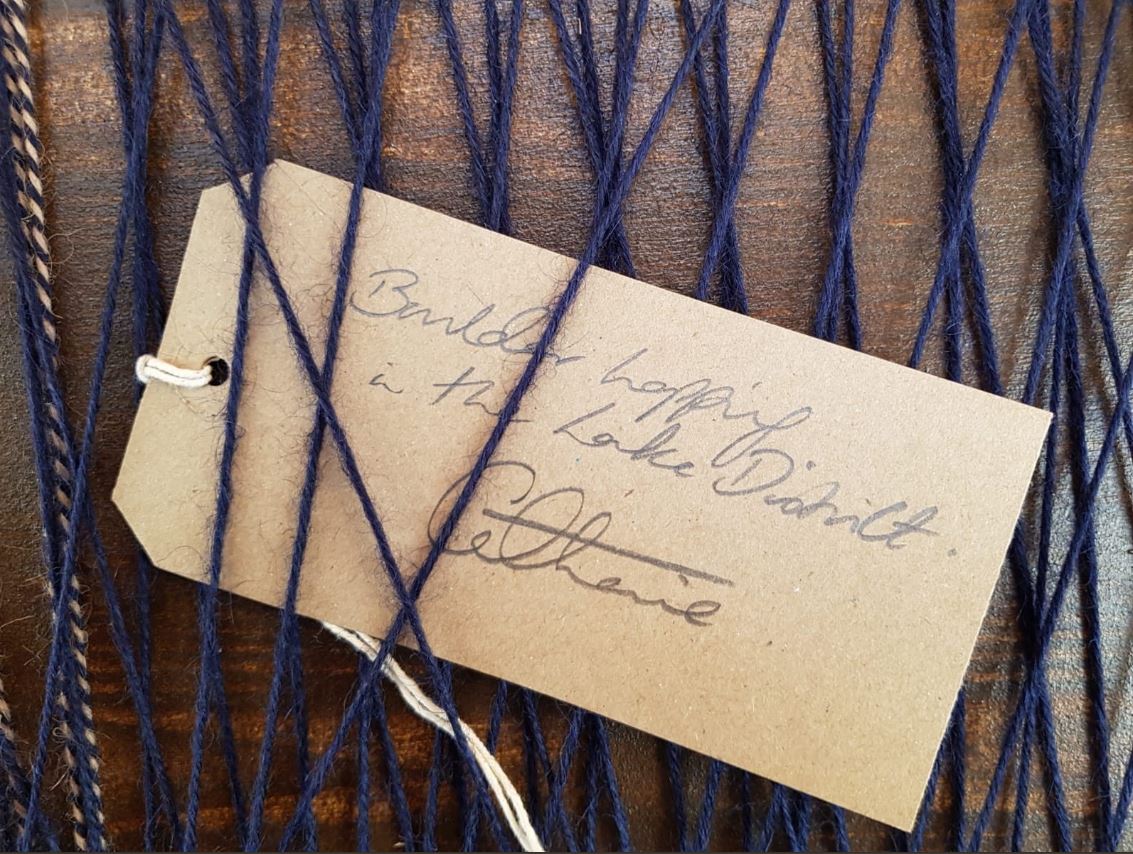 “Her lovely long t-bar reveals her driving energy and tenacity, and means she's happy to take charge. She can be quite bossy!

“Frankly, if we add the regularity of her writing into the mix, this tells us that she's a highly competent perfectionist, determined to make her mark and make a difference in the world.

“She enjoys being in charge. Frankly Catherine's a natural born leader, and a safe pair of hands.” 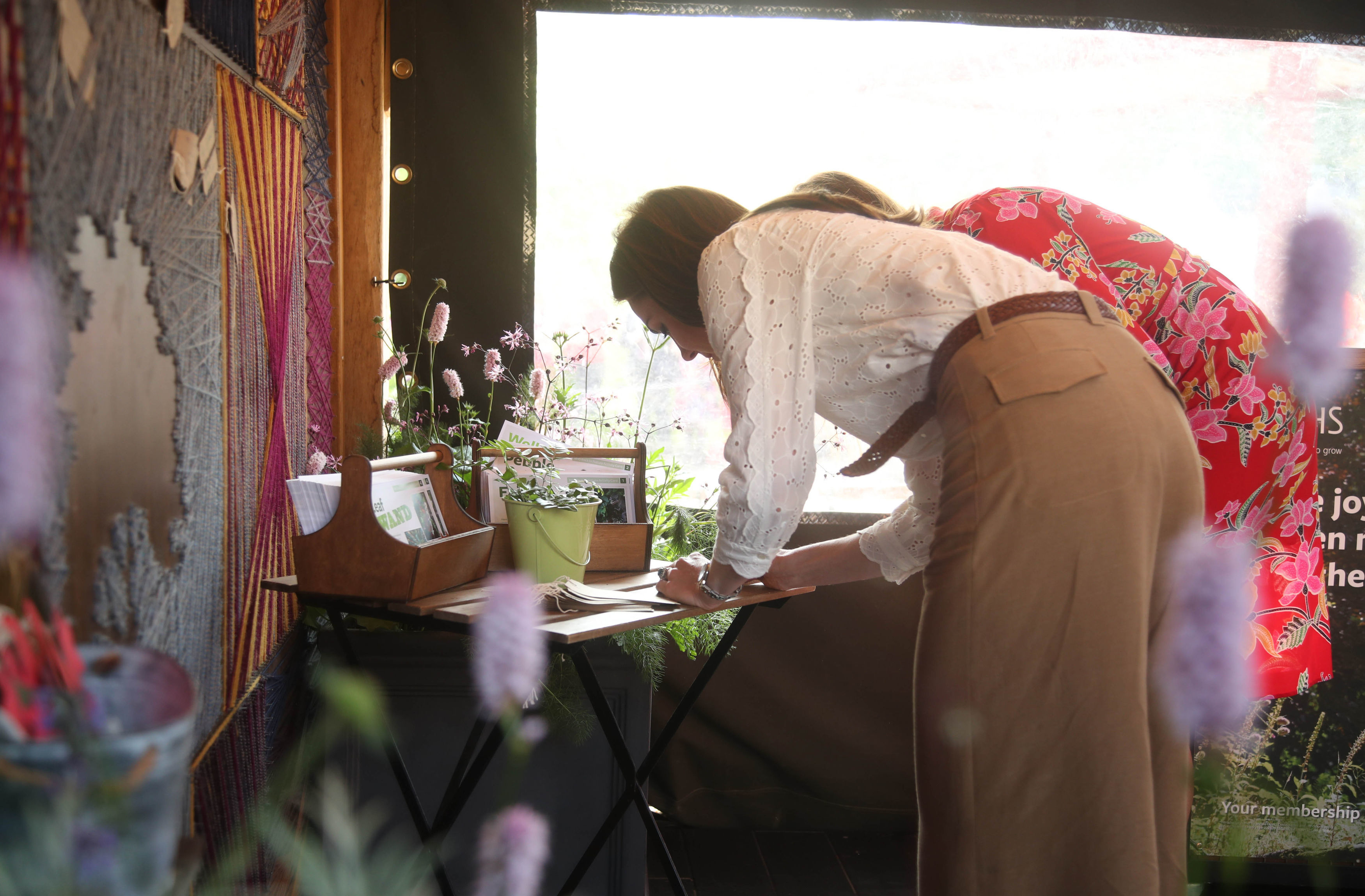 As the royals don't give out autographs, usually the only time the public sees their handwriting is in guest or condolence books.

Kate and Prince William have signed a few over the years, with the 37-year-old always using her full name, Catherine.

Tracey pointed out her signature “is her public image”, and projects “the face we present to the world.”

She said: “Here we can see that Catherine wants to be approachable, warm-hearted, compassionate, mature and enthusiastic.

“The final full stop at the end (of her name) means she likes to have the last word, and it's an implicit barrier to people taking liberties with her – she won't have anyone stepping on her toes.”

Tracey added the “large size” of her script indicated Kate might be hard to please.

Tracey revealed: “She comes across outwardly as super-confident and ambitious with perhaps impossibly high standards to maintain.”

The tiny details in her letters also show Kate's grounded, down-to-earth and “unaffected by emotion”.

Her handwriting also reveals the Duchess, who will one day be Queen, has the “ability to carry out her duties with willingness, flexibility and sincerity.” 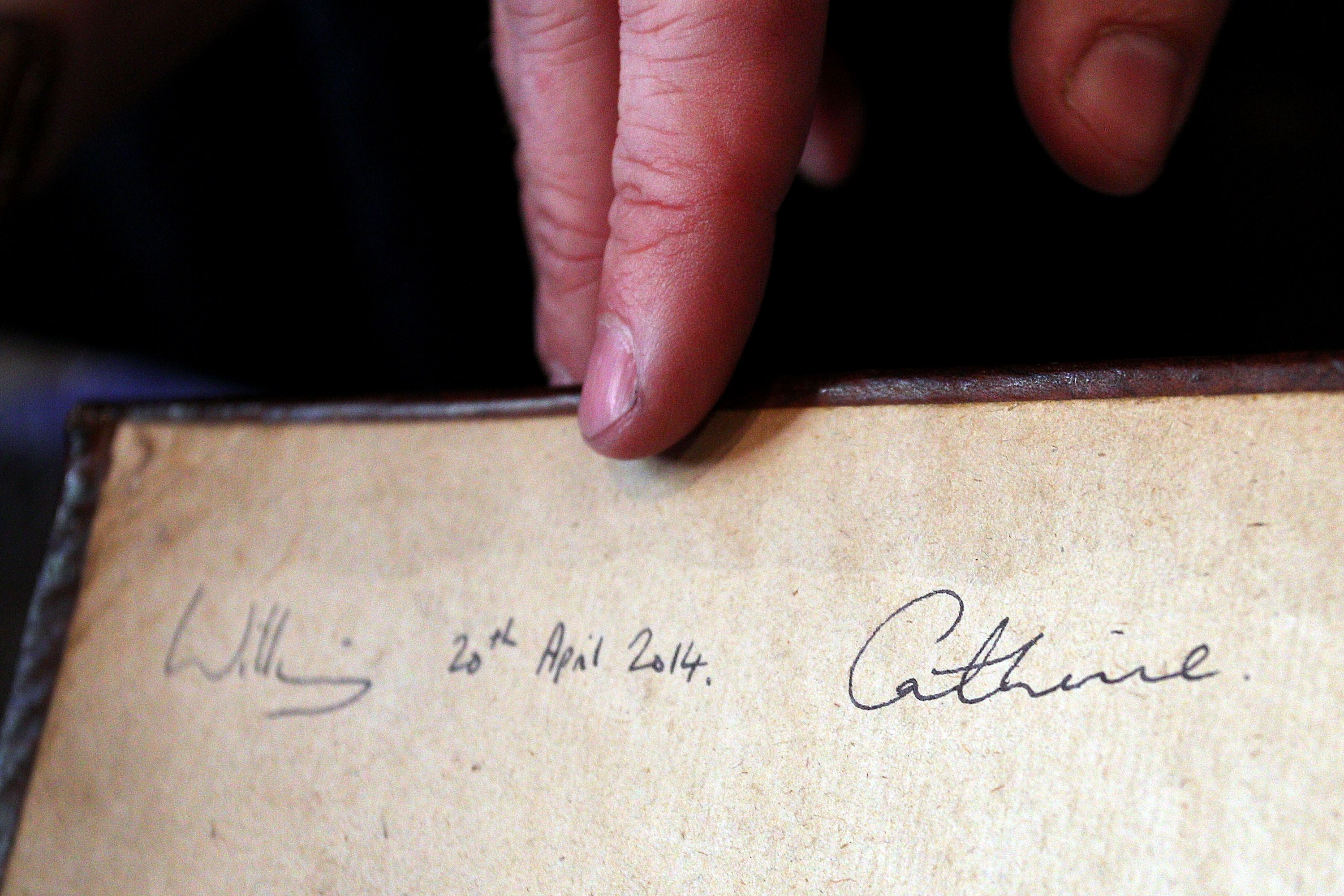 Tracey added: “She is also strongly principled, idealistically committed to her goals, motivated by a need for social approval and dedicated to living her life the right way, including improving the world and making it a better place.

“All in all, Catherine's writing uncovers that she is an upstanding women – a reliable, loyal, productive, self-disciplined, moral crusader, determined not to put a foot wrong."

Tracey also revealed Meghan Markle’s handwriting shows she ‘won’t stop until she’s got what she wants’. 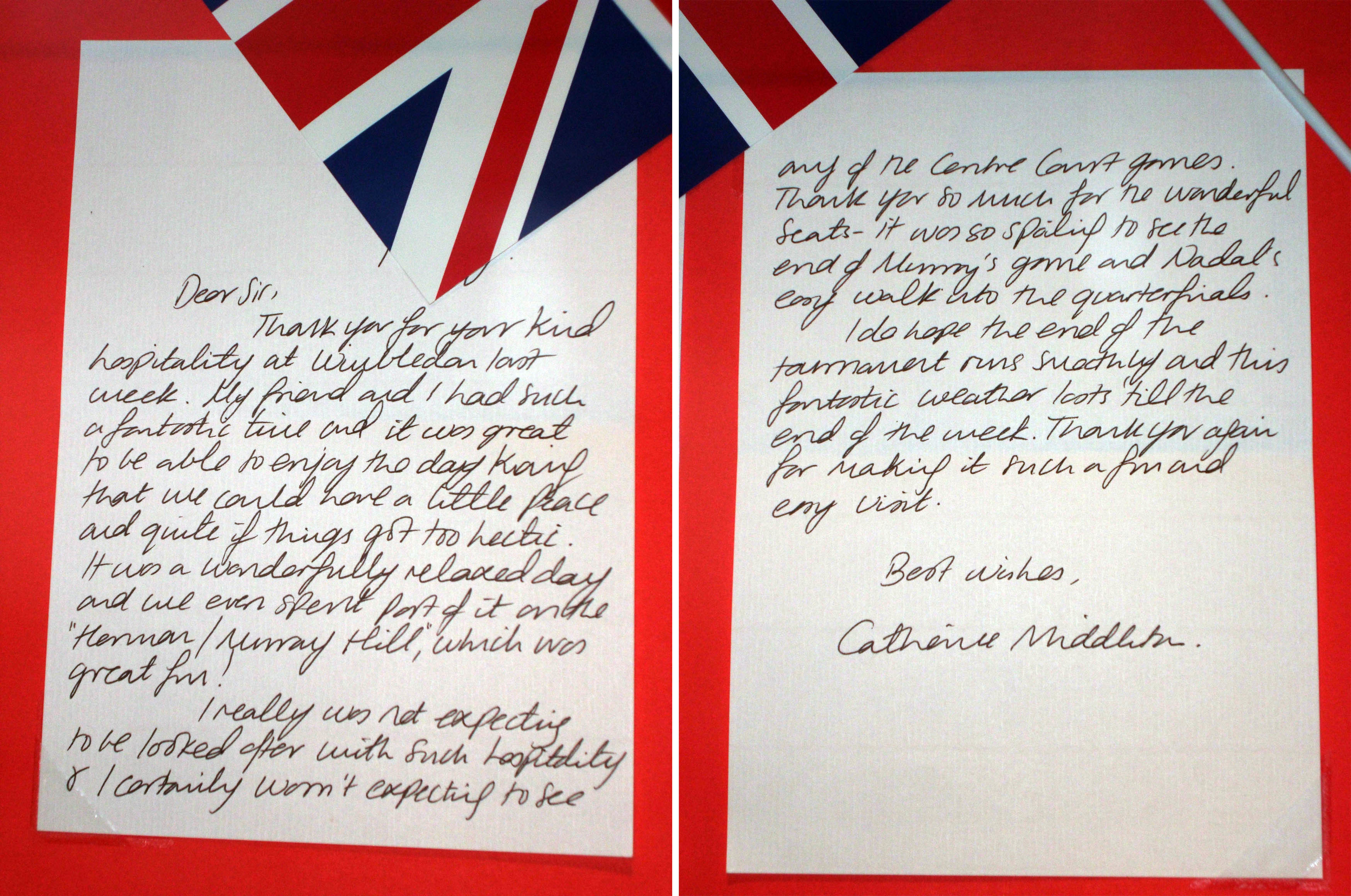 She said: “She [Meghan] has a perfectionist streak and desire for beauty and the nice things in life.

“She’s determined in the way she goes about achieving her far-reaching ambitions.”

Fellow graphologist, Emma Bache, wrote in her book, Reading Between the Lines, that Prince William’s handwriting revealed he is “quite shy” in reality, who wouldn’t “hog the limelight”. 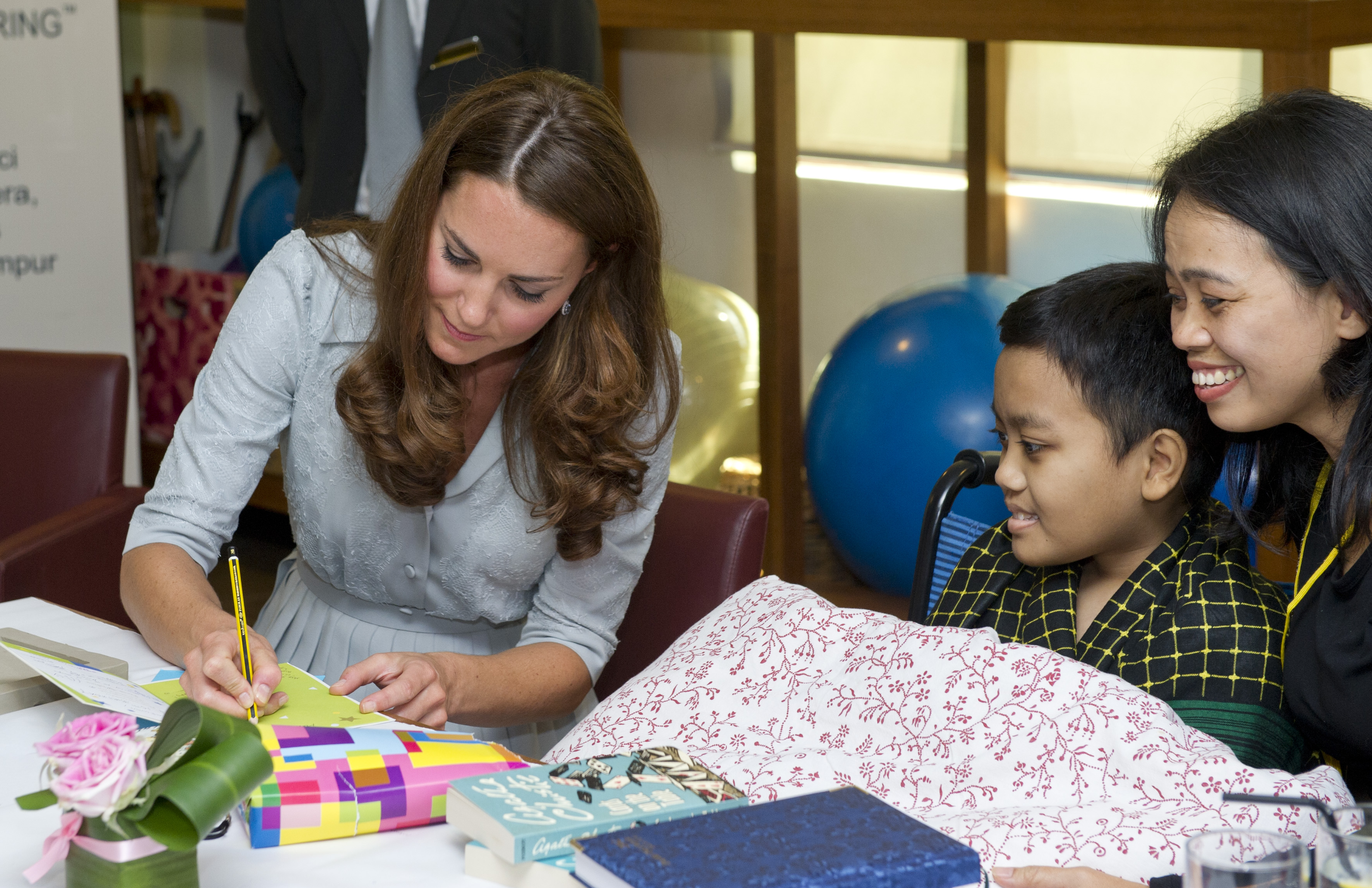 She said: “The wide spaces between his words show his need for some independence and privacy."

Emma added Prince Harry’s distinctive signature – with an underline beneath the ‘Y’ – reveals a lot about the new dad.

She wrote: “He wants to be seen as, 'I'm absolutely sorted, I'm quite stubborn and I am going to have my way.'

“But the reality is he is actually more malleable and more sensitive to how other people see him."

We also took a look at what Meghan Markle’s handwriting says about her.

And the new mum’s garden won gold at the Chelsea Flower Show, while Kate’s didn’t get nominated.

Meanwhile fans are baffled as to why Kate always wears plasters.

Sophie, Countess of Wessex made change to appear more royal in public engagements

What Your Partner’s Christmas Gift Really Says About Your Relationship

Prince Philip 'a reluctant celebrant' ahead of 100th birthday

Can Chocolate (Yes, Chocolate) Be a Healthy Addition to Your Keto Diet?