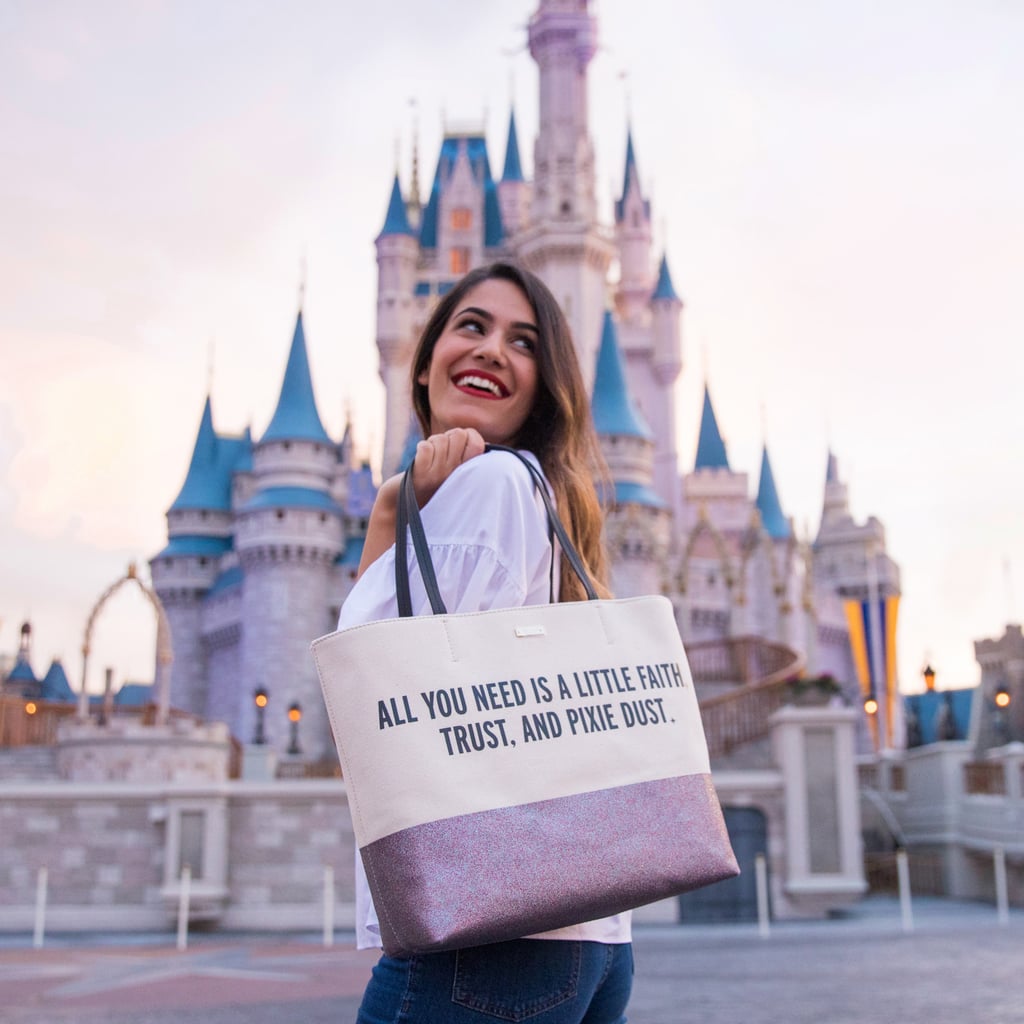 Get ready to crack open your piggy banks, Disney fans, because Kate Spade New York is about to debut another magical collection that’ll make you want to spend your entire paycheck in one sitting. Earlier this year, the designer brand released a Minnie Mouse-themed line of bow-adorned accessories, and now, it’s launching brand-new bags exclusively sold at the Disney Parks.

So far, there’s only information about two bags in the forthcoming collection, and we can assure you they’re practically begging to be Instagrammed with an #OOTD shot in front of Cinderella’s castle. There’s a sizable tote that features a glittery purple panel at the bottom and all-caps text that reads, “All you need is a little faith, trust, and pixie dust,” a famous line from Peter Pan. And the other is a rectangular wristlet with a similar silver glitter panel and a Walt Disney quote that reads, “We have made the fairytale fashionable again.” They’re definitely a minimalist’s dream come true.

The overall collection, including the two aforementioned bags, will be available at Disney Parks at the end of this month, according to the Disney Style blog. Below, get a sneak peek at the whimsical line, and start planning your Disneyland or Disney World vacations STAT so you can score one of these beauties for yourself.

You can put a Nokia 3310 homescreen on your iPhone