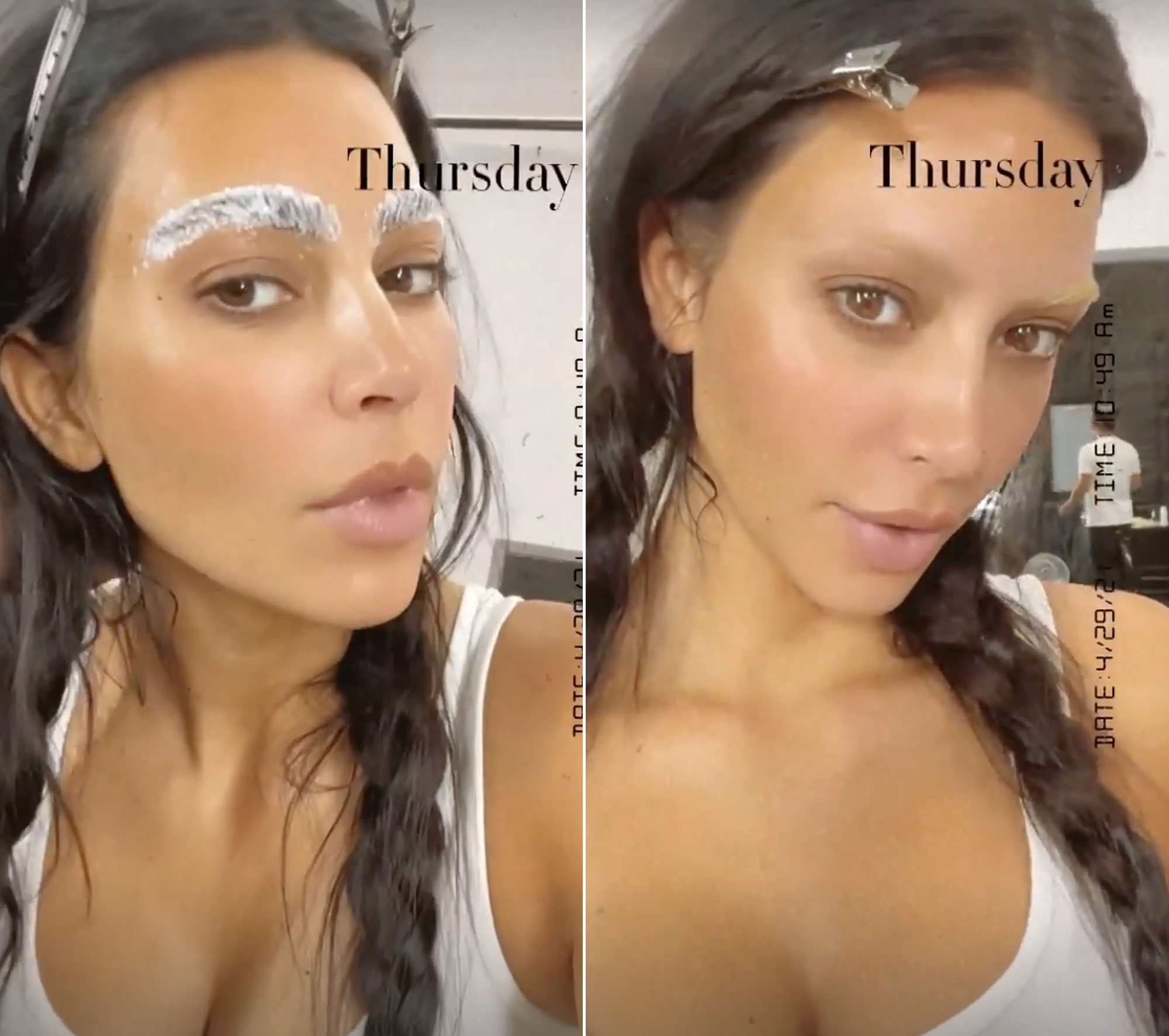 Bring out the bleach! Kim Kardashian can rock any hair color under the sun — be it icy blonde, jet black or even pastel pink. But her most recent hair (and eyebrow!) transformation sent fans spiraling.

On Thursday, April 29, the 40-year-old KKW Beauty founder took to Instagram Stories to share some snaps on set at a photo shoot. While the star typically gives a glimpse of her hair being curled or eyeliner being flicked, these videos took a whole different tone.

In the first image, her hair is styled in pigtail braids — normal stuff. But she also had white cream bleach brushed through both of her eyebrows. Kardashian even posed the question, “Guess what the vibe is on set today?”

Click through the next few stories, and it became abundantly clear that the “vibe” was just all bleached everything.

“It’s really cute, guys. My bleached brows — I’m into it. Can’t wait to show you guys the final look,” the future lawyer says into the camera, showing off her barely-there brows.

While we thought that the bleached brows were the biggest transformation Kardashian had in store, she quickly proved Us wrong. The reality star also swapped her long, dark brown locks in favor of a honey blonde hair color and bouncy bob! 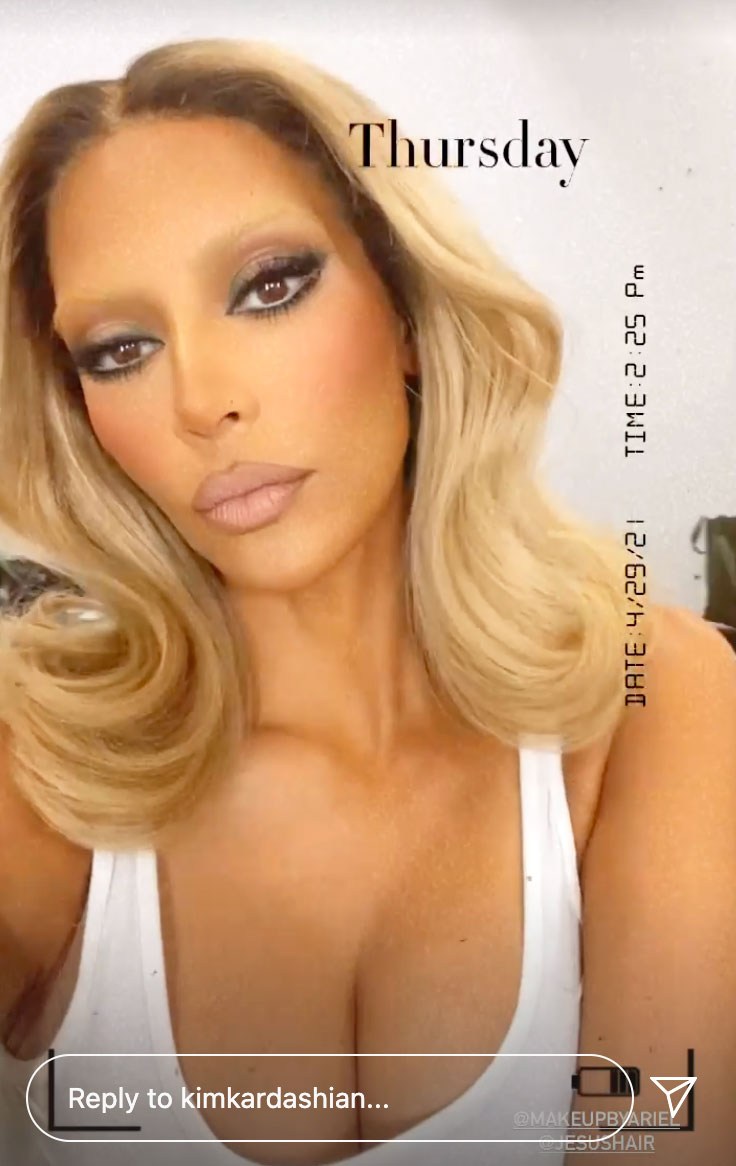 The shoulder-length ‘do, which was styled by the one-and-only Jesus Guerrero, had a retro vibe and was flipped up at the ends. And even though Kardashian’s brows — or lack thereof — was the focal point of the very ‘90s glam, she still had a full-face beat.

Makeup artist Ariel Tejada, who most frequently works with Kylie Jenner, was in charge of the photo shoot beauty look. He paired the Keeping Up With the Kardashians star’s uber-light eyebrows with a nude lip and heavy brown lip liner.

Tejada took a smoky approach to the eye makeup, applying black eyeliner on the upper and lower lash line, as well as a dark green shadow along the outer corners of her lids. To play into the ‘90s feel, he even added white eyeliner into Kardashian’s waterline.

Even though plenty of people were on board with the transformation, it appears the look was only temporary and created for a few editorial pictures. 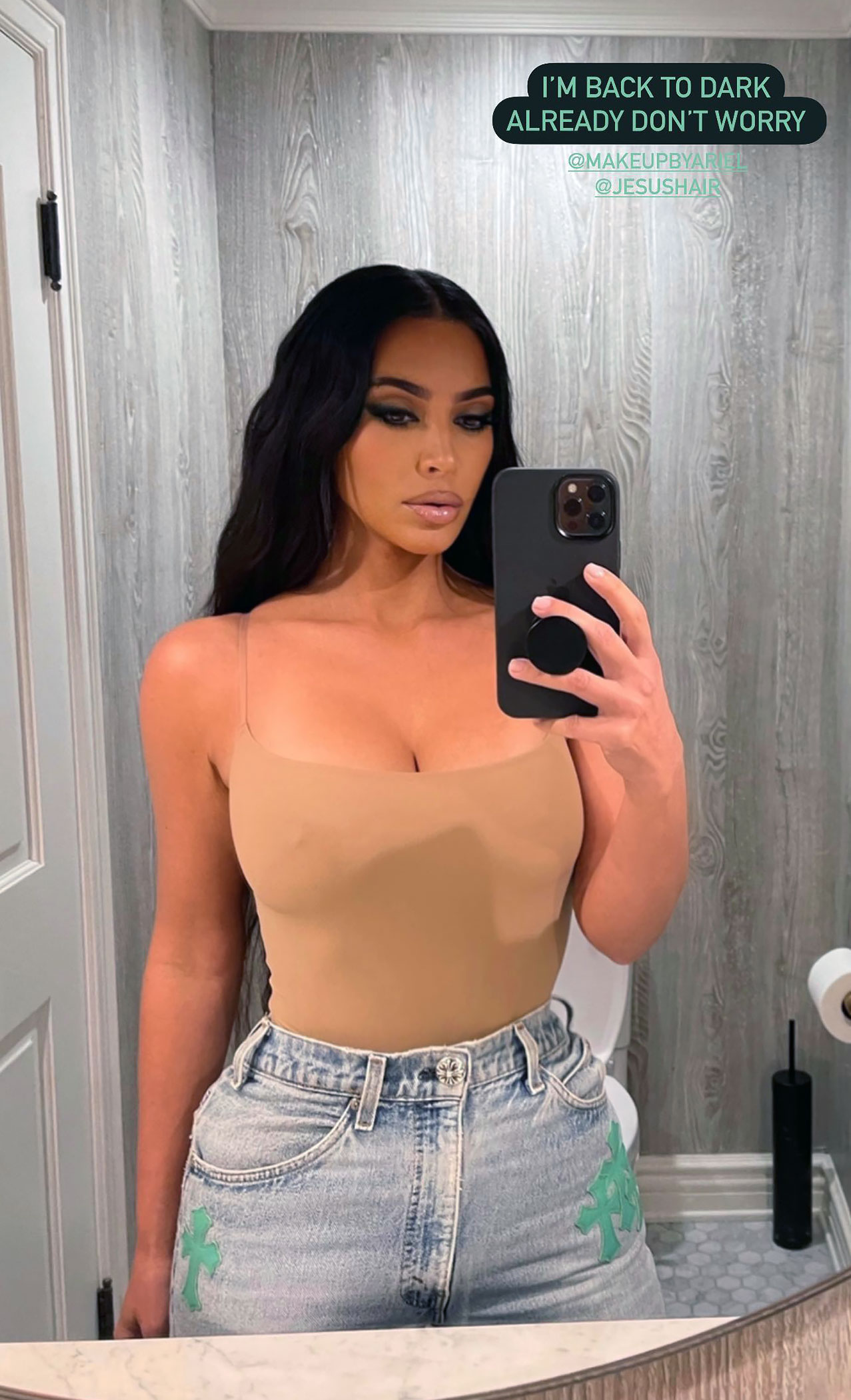 In the next slide of the Skims founder’s Instagram Stories, she showed off her dark brown brows and hair once again. She captioned the bathroom selfie: “I’m back to dark already, don’t worry.”

New mother, 35, dies of coronavirus before she could hold her baby

Chilling moment rich Russian heir, 23, smirks as he arranges for ‘hitman’ to slaughter his loving parents and sister, 10, so he can collect inheritance