KOURTNEY Kardashian has seemingly been transforming into her younger sister Kim as the two pose in a similar manner, dress alike, and even share the same hairdos.

Previously, the newly engaged Kardashian sister was accused of morphing into her fiance, Travis Barker, as she now rocks black clothes and heavy boots.

A few seasons back, Kim had slammed her sister for not showing up to family events and claimed she was "the least interesting to look at."

And it seems like Kourtney took it to heart and has slowly begun looking like Kim on social media. 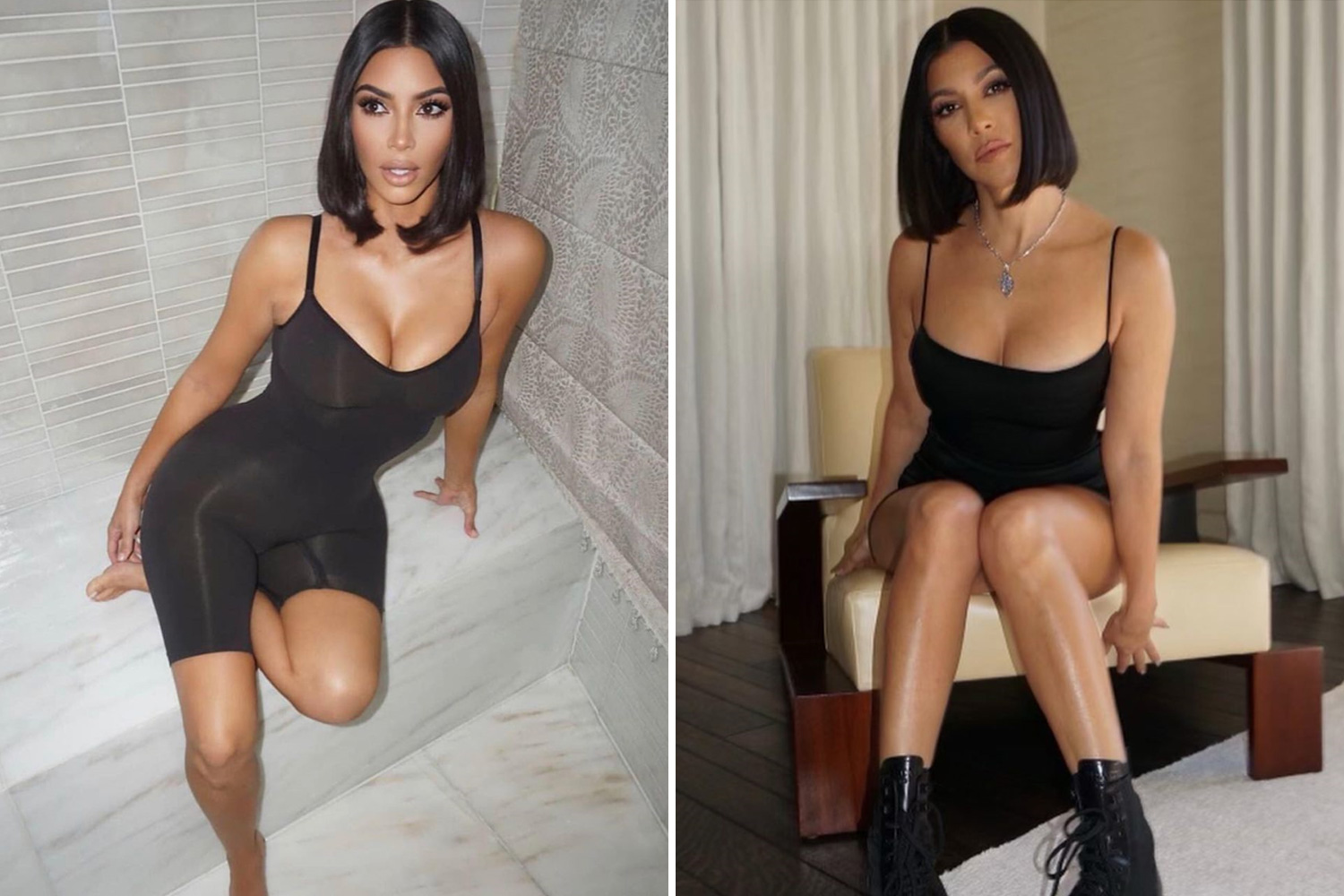 Recently, Kourtney chopped off her long mane and sported a chin-length bob.

SUN'S OUT BUNS OUT 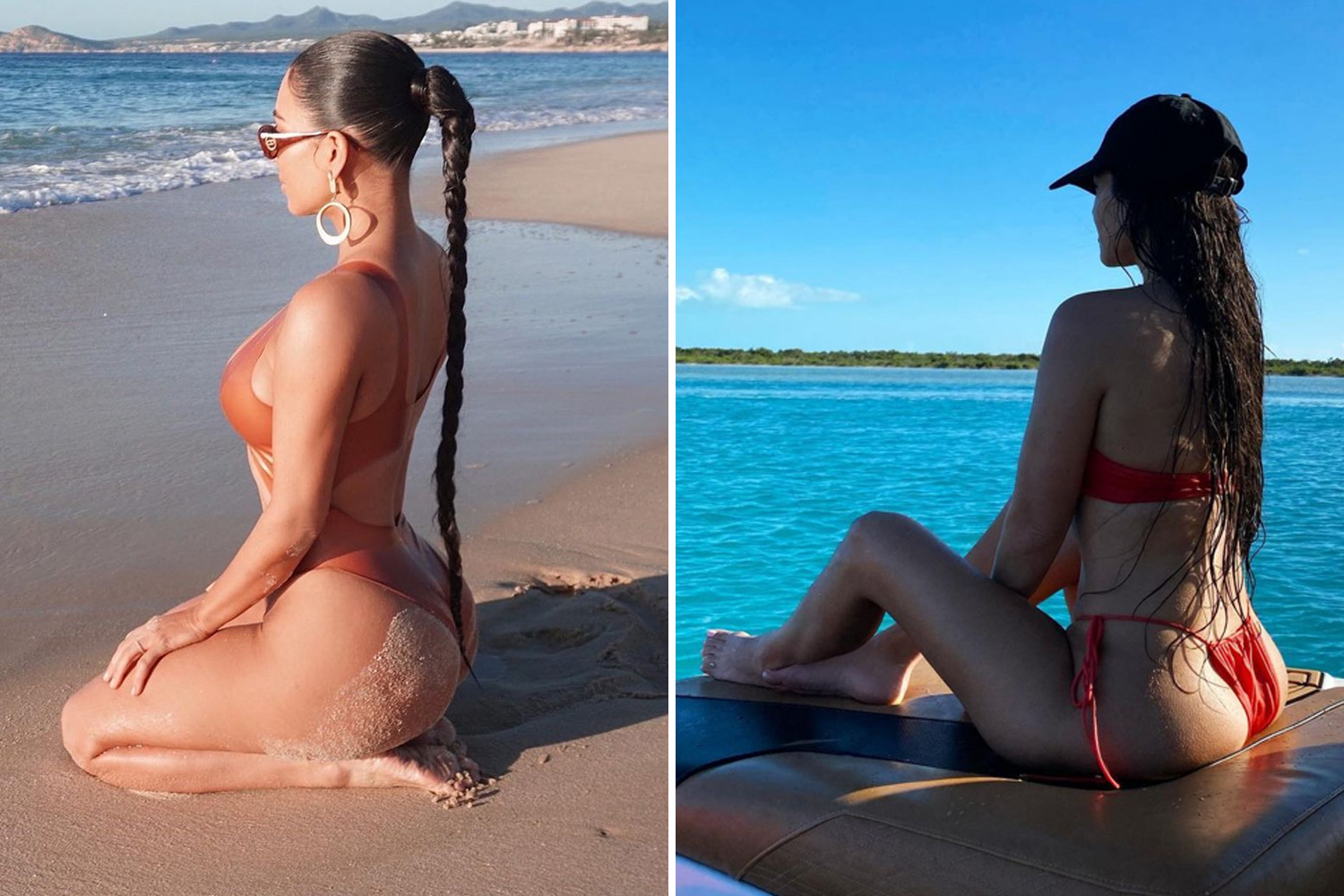 The booty-out-back-to-the-camera pose became increasingly popular this past summer as women wanted to show off their growing glutes. 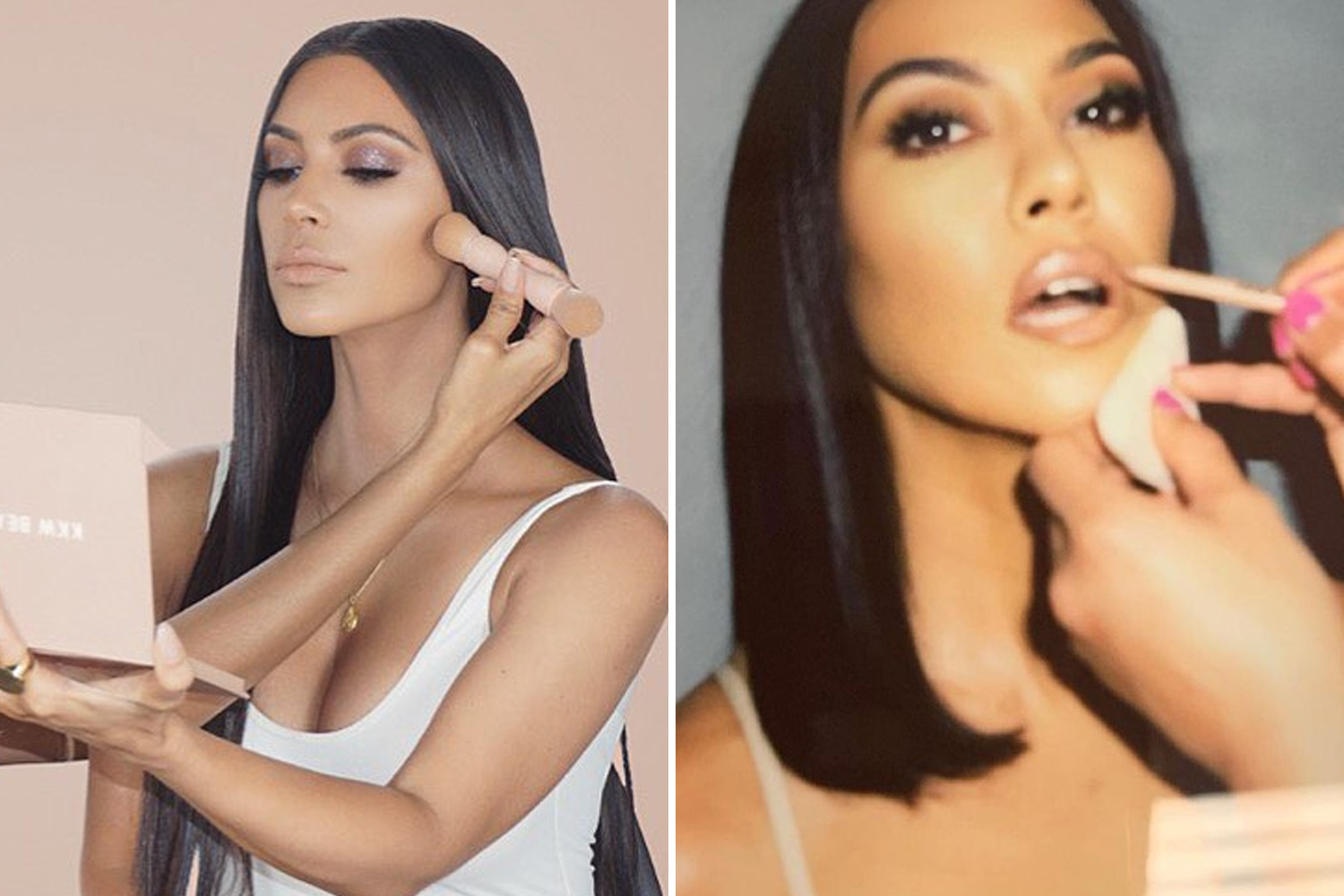 One of Kim's most successful endeavors has been her makeup line, KKW.

Kourtney matched her sister's energy when she shared a photo while getting her makeup done just after Kim appeared on YouTube to promote her line.

LET ME TAKE A SELFIE 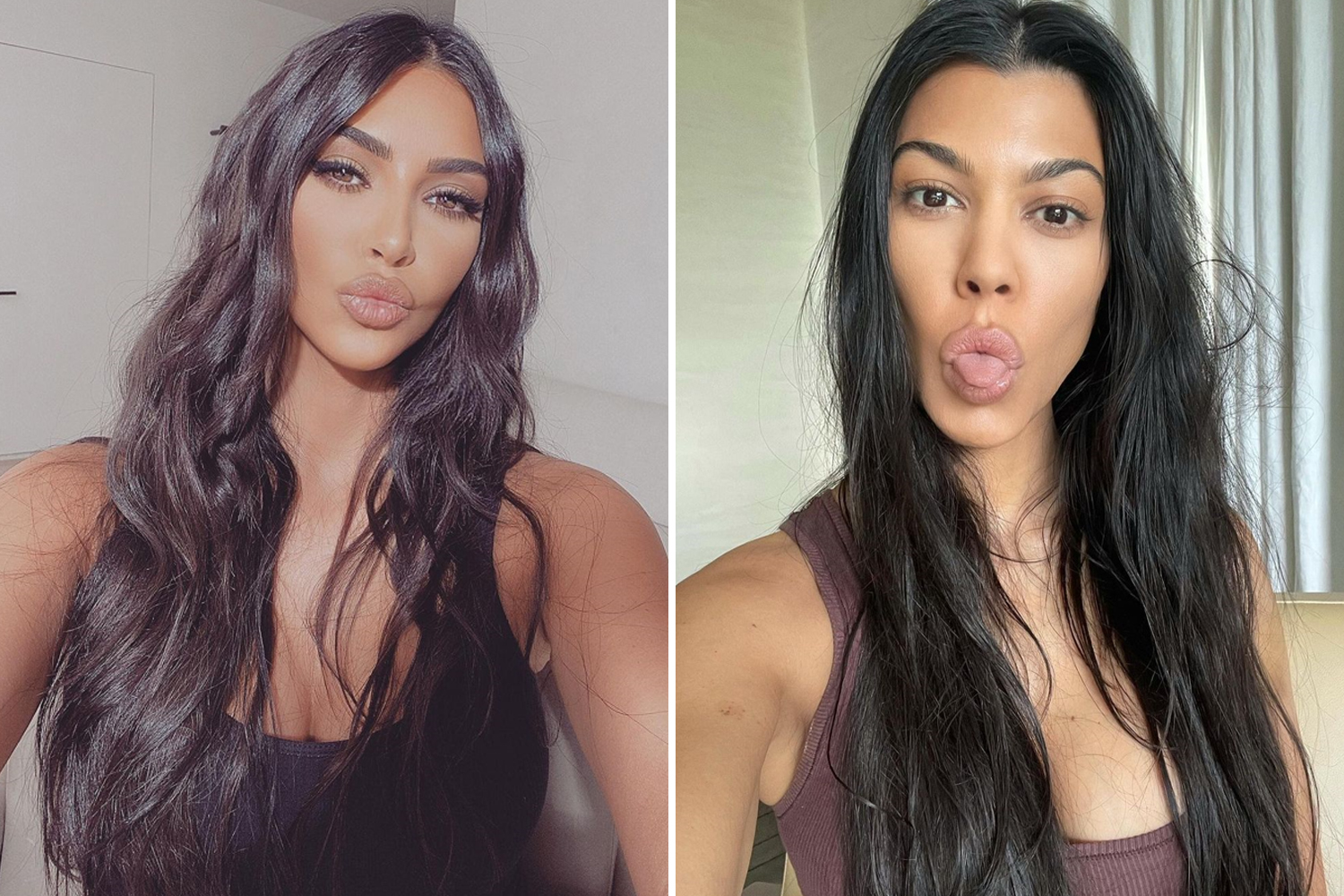 Kim and Kourtney matched as they both puckered up their lips for selfies.

Not only that, but they also wore their long hair down over their shoulders and wore earth tones. 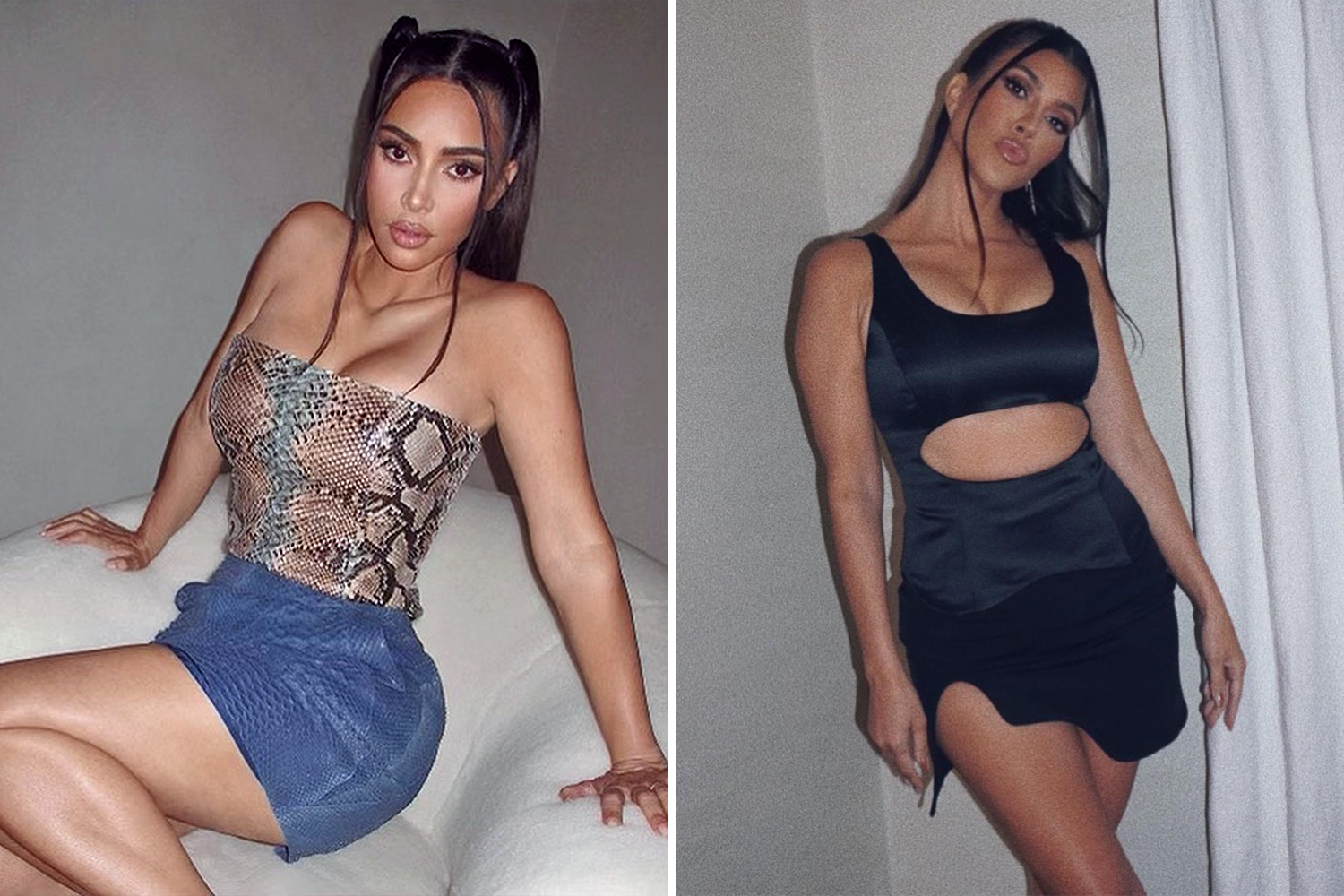 Kourtney and Kim looked almost identical as they both wore their hair slicked back with two strands over their faces.

The two also showed off their cleavage and legs proudly before heading out for a night out in the town. 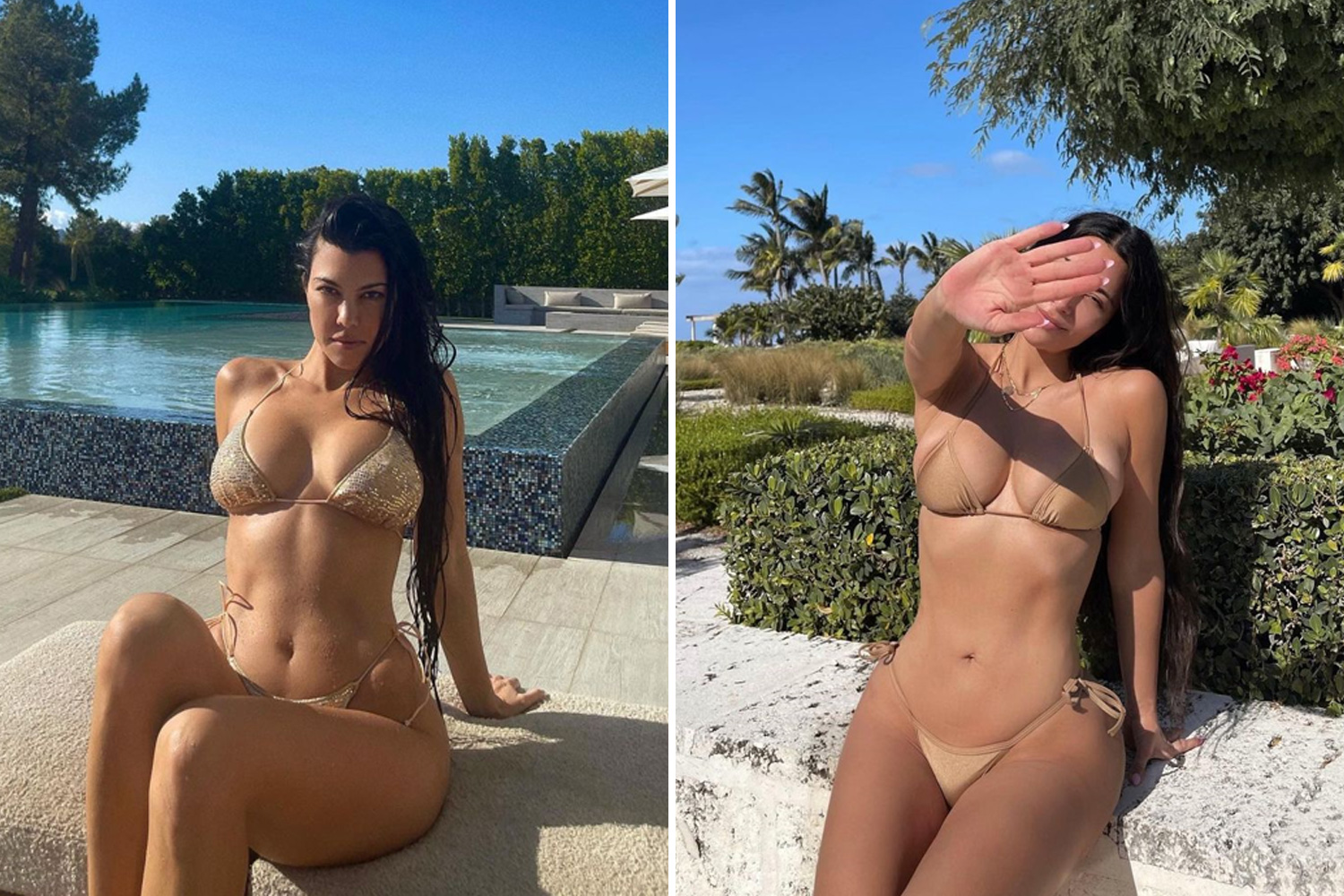 If it wasn't because these pics were published on their social media accounts, fans could have easily mistaken the two.

Kim – who had half of her face hidden by her hand – and Kourtney both wore beige two-piece string bikinis as they sat back in the sun. 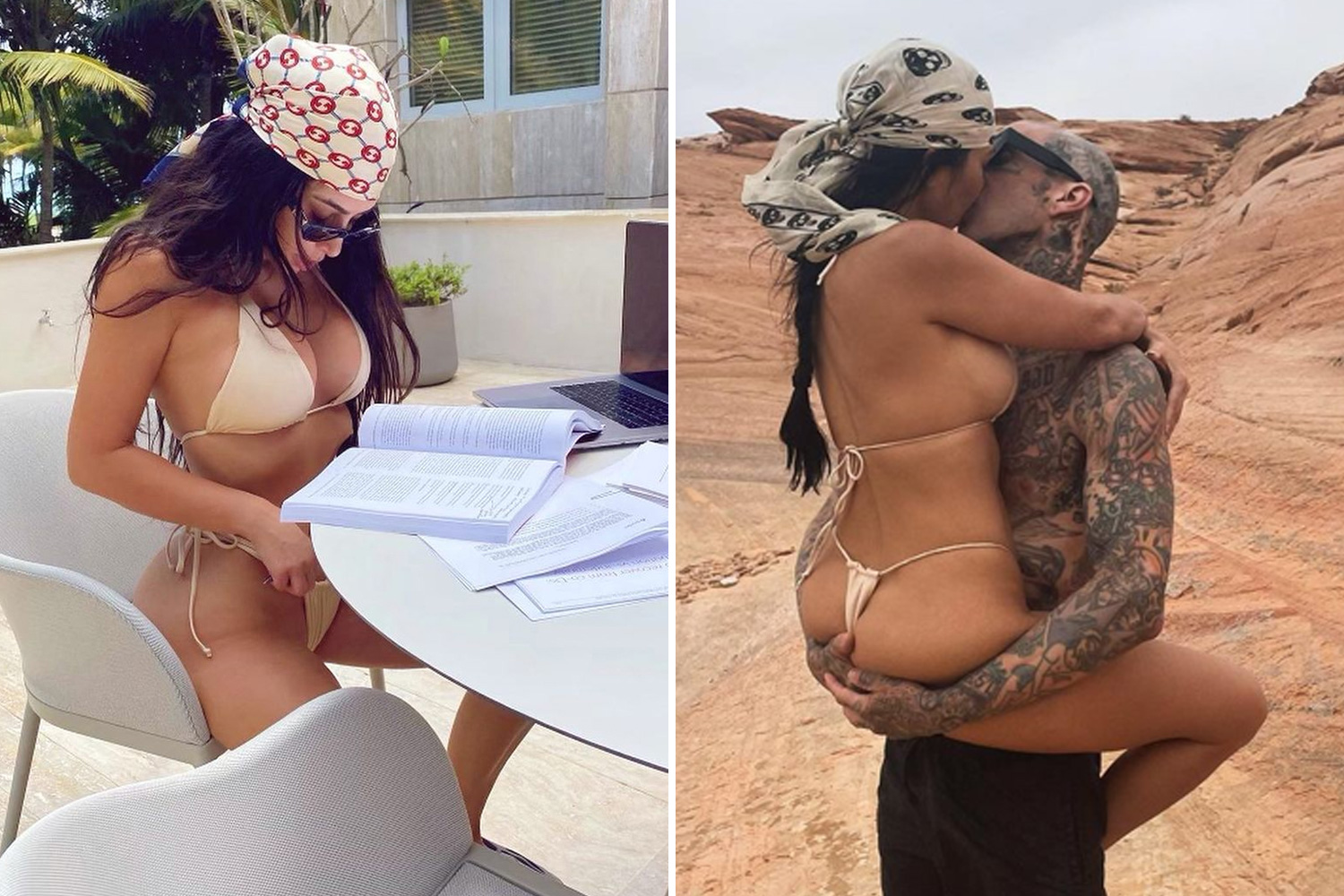 Kim and Kourtney were absolutely unrecognizable in these pictures as they both hid their faces and rocked the same bathing suit.

They also matched their looks by wearing hair scarves in the same color scheme as well. 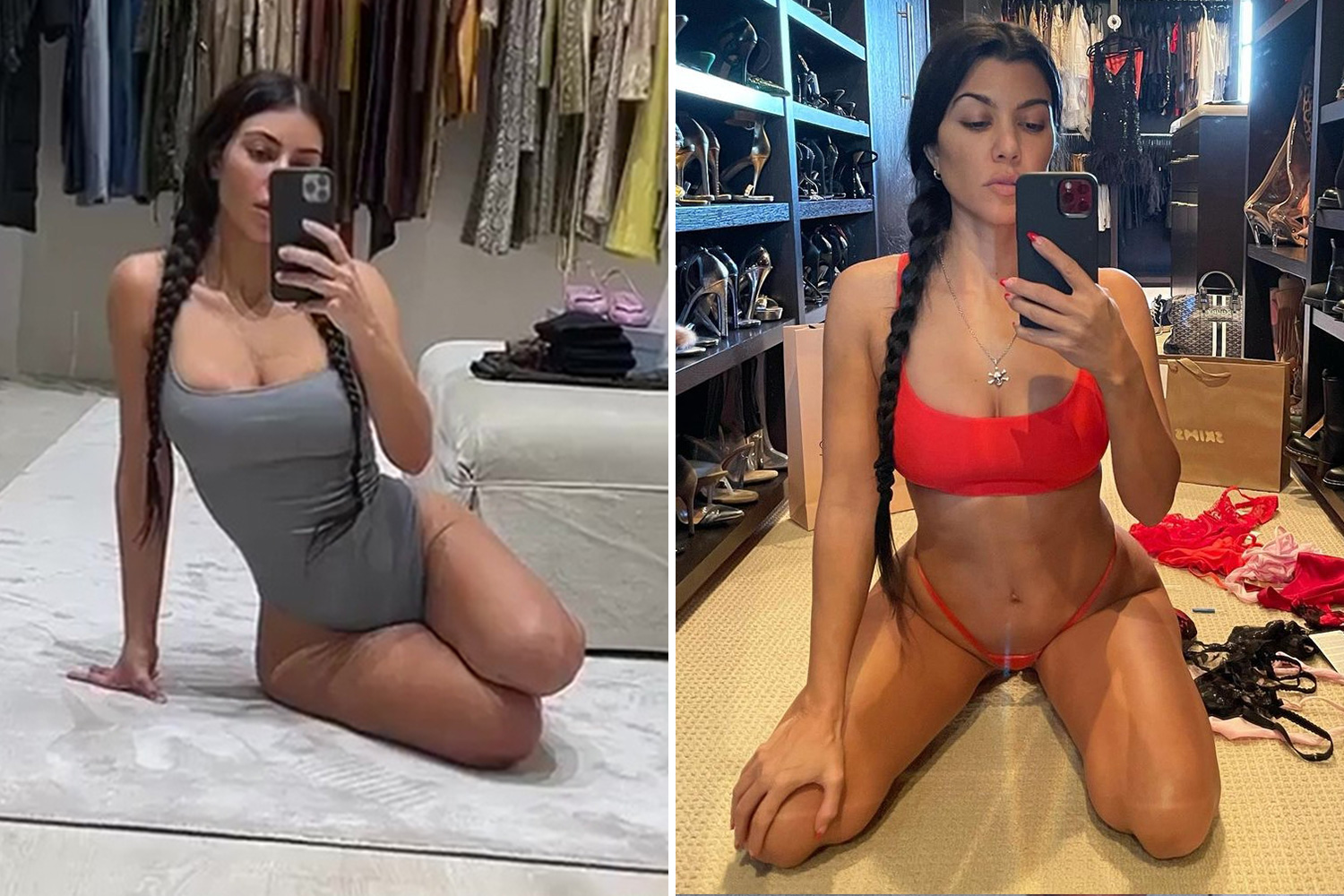 The Kardashians have an affinity for mirror selfies and the sisters proved it by posing in similar pictures.

Not only are the two of them rocking lingerie and hiding half their faces with their phones, they are also wearing the same hairstyle.

Horoscope today, Monday October 4: Daily guide to what your star sign has in store for your zodiac dates